Hungry for some south-of-the-border fare? Get those zesty flavors you crave with these 21 Mexican-inspired Paleo recipes.

From peppers like poblanos and jalapeño, to bright and flavorful vegetables like tomatoes and avocados, and topped off with zesty lime juice and cremas, these recipes are healthy and endlessly flavorful.

Try crockpot chicken enchilada soup for a Mexican dinner cooked low and slow, or jalapeño lime chicken for a super quick and spicy meal. Don’t forget the nachos, made Paleo with deliciously savory plantains and carnitas.

We even satisfy your craving for sweet Mexican treats with a silky smooth coconut oil Mexican mocha and a perfectly crispy and cinnamon-flecked churro. Whip up these recipes next time a craving for all things Mexican strikes. 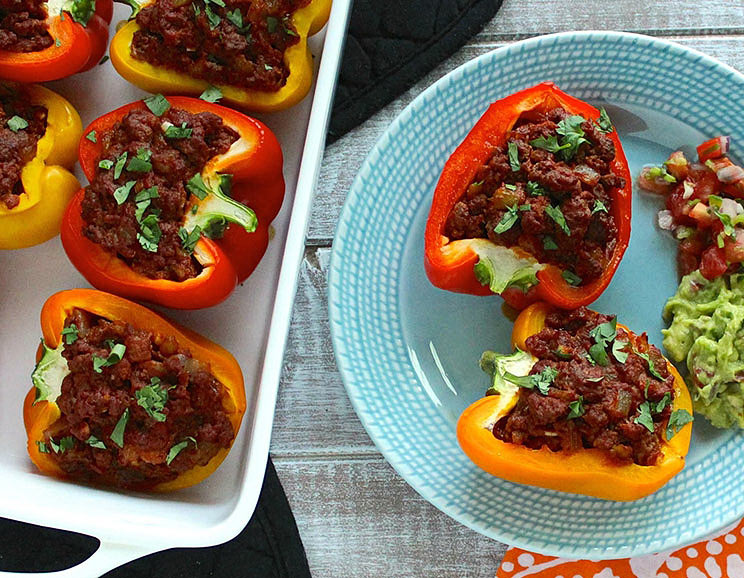 These hearty stuffed peppers are great for parties or when you need to whip up an easy dinner. 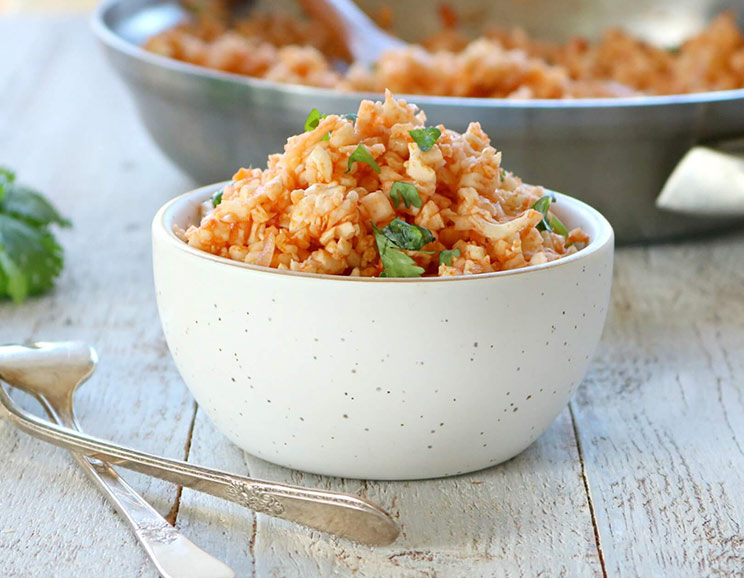 This light and low-carb version of Spanish rice makes for the perfect side dish. 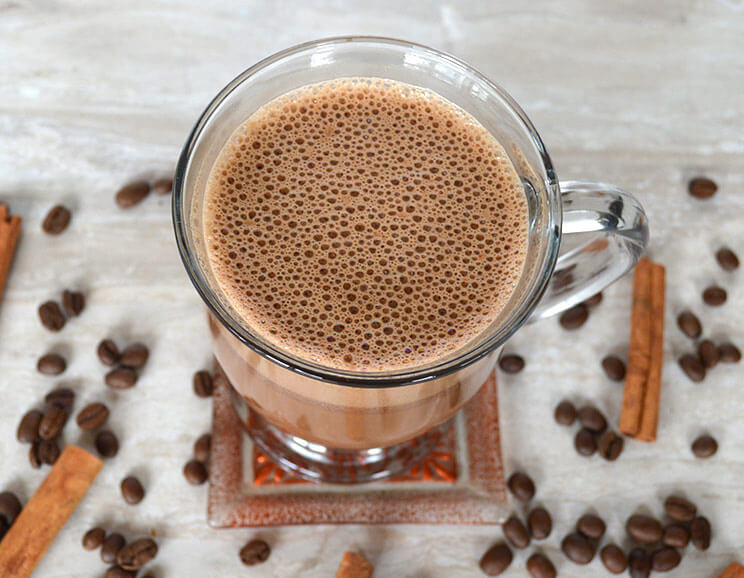 Drink up this silky smooth mocha with a kick of cayenne pepper. 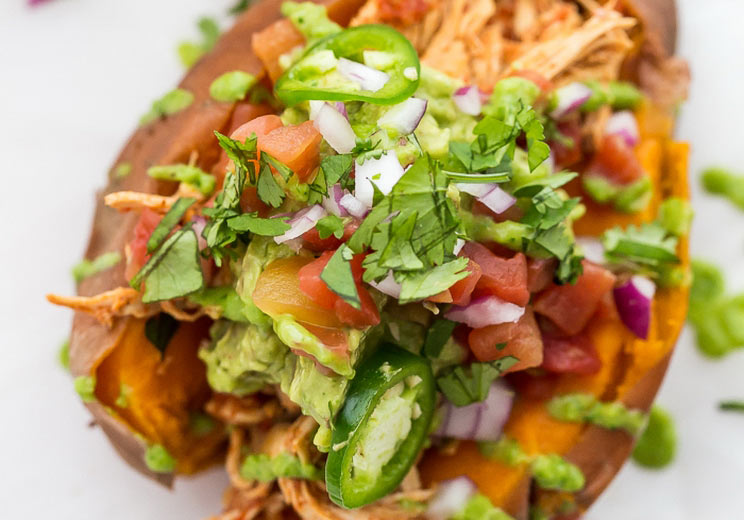 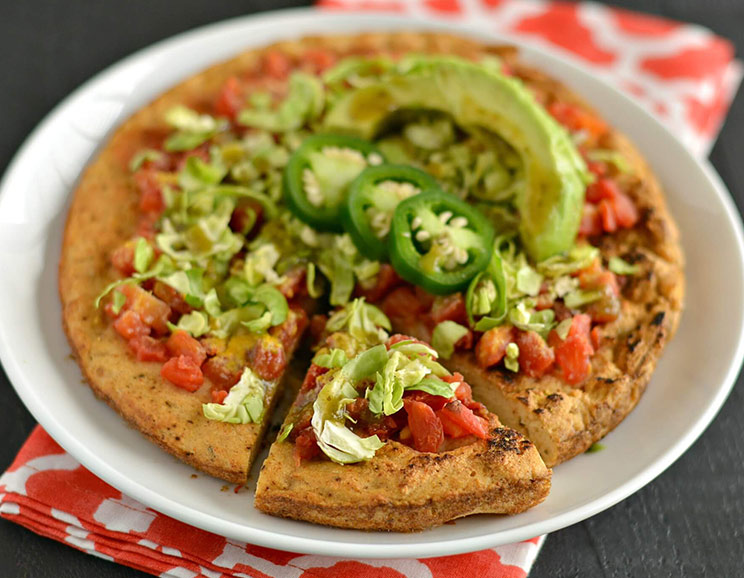 This spiced pizza crust is covered in salsa, avocado, cabbage, and nutritional yeast for a cheesy effect. 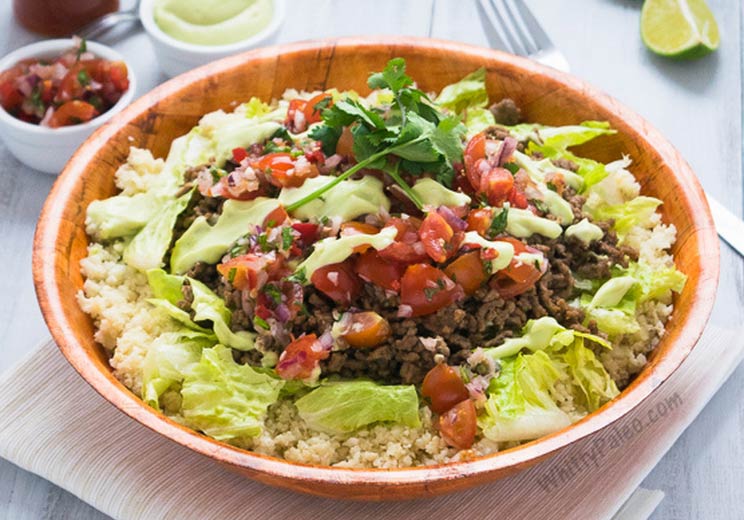 Channel Chipotle with these juicy meat and veggie-laden bowls, covering a bed of cauliflower rice. 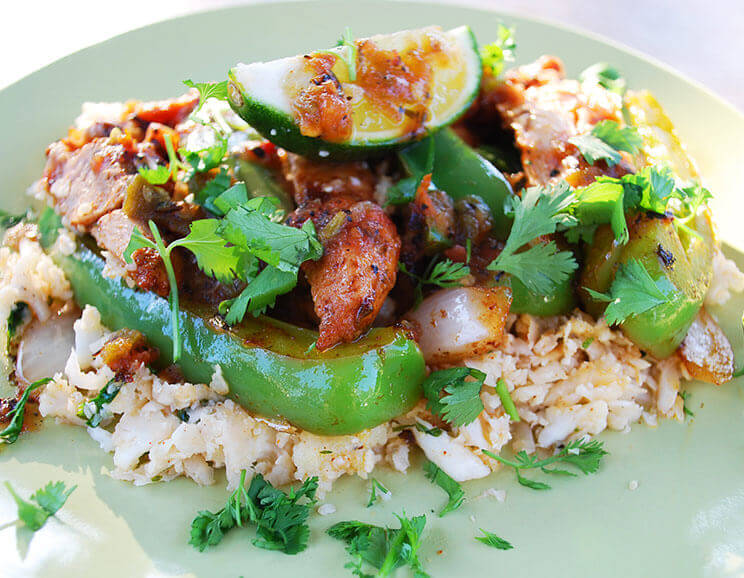 Zesty and spicy, these chicken fajitas are seared beautifully on the outside while tender and juicy on the inside. 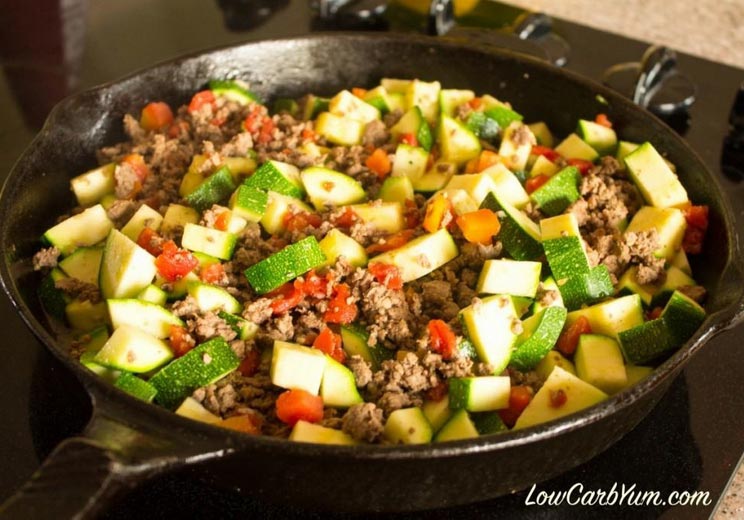 For a healthy and simple meal that’s also low-cost, cook up this Mexican-spiced zucchini and beef dinner. 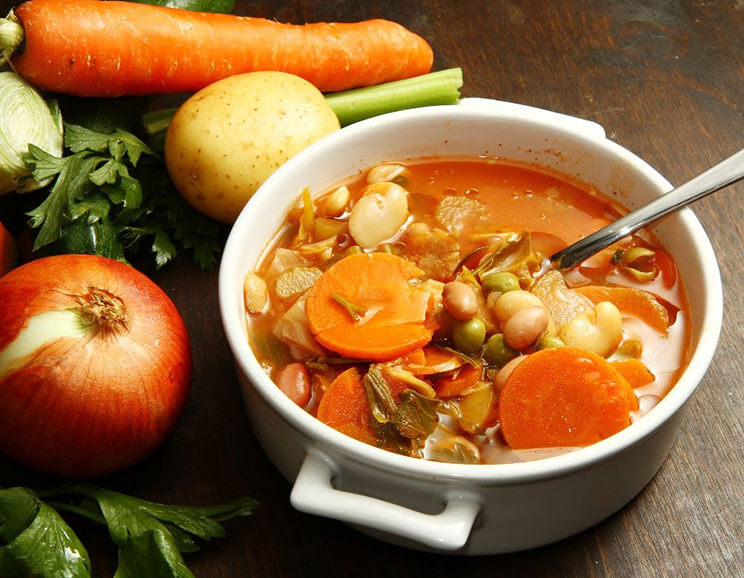 On a cold night, nothing soothes the soul like a warm bowl of stew – made even warmer in this case by the spicy Mexican seasonings. 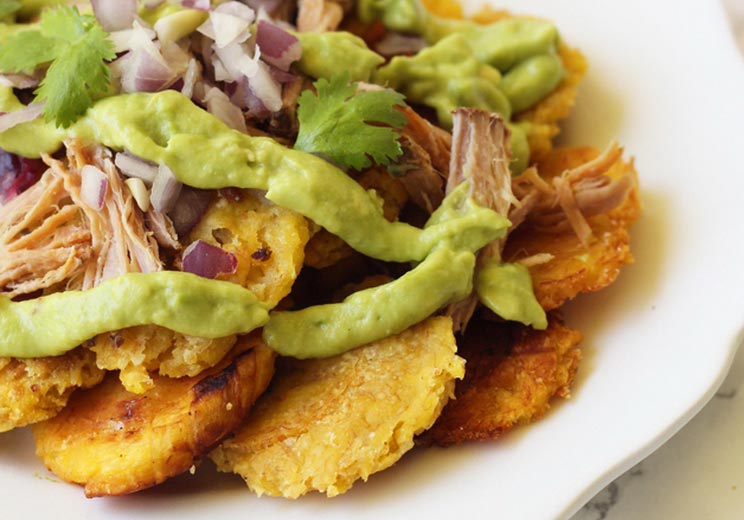 Yes, you can even enjoy nachos on the Paleo diet. These plantain nachos are crispy, creamy, salty and oh so good! 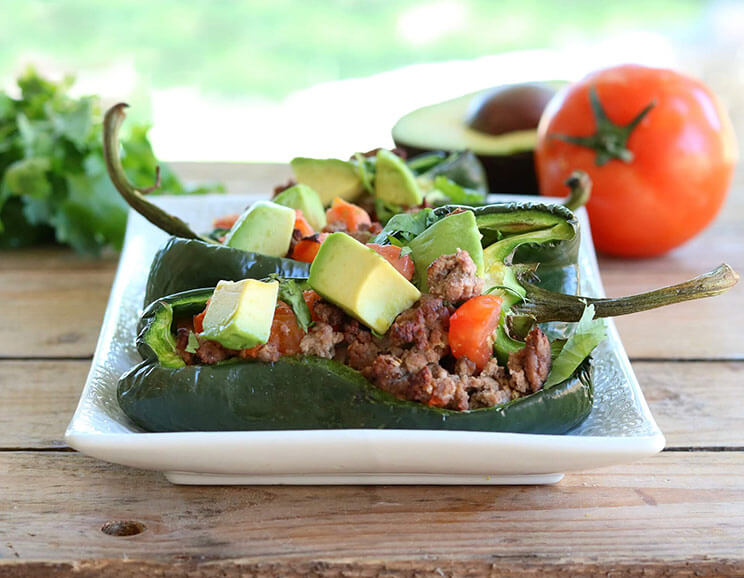 Instead of the usual sweet and mild bell pepper, these stuffed peppers use poblanos – best when slightly charred. 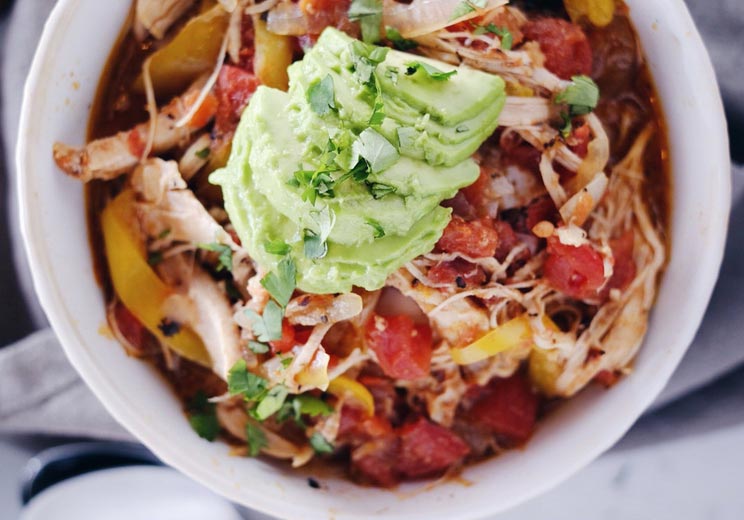 Tender, shredded chicken in a well-spiced broth gets cooked up low and slow in the crockpot. 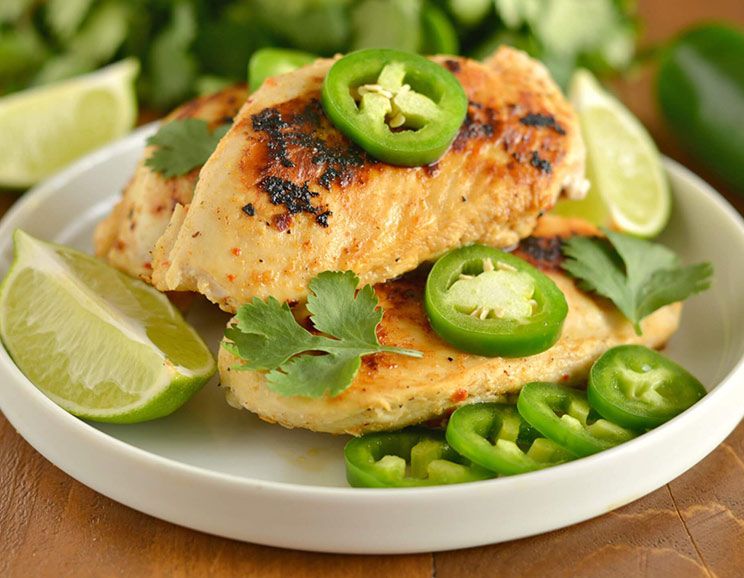 Bright and spicy, the secret to uber-flavorful chicken breasts is marinating the chicken for at least two hours. 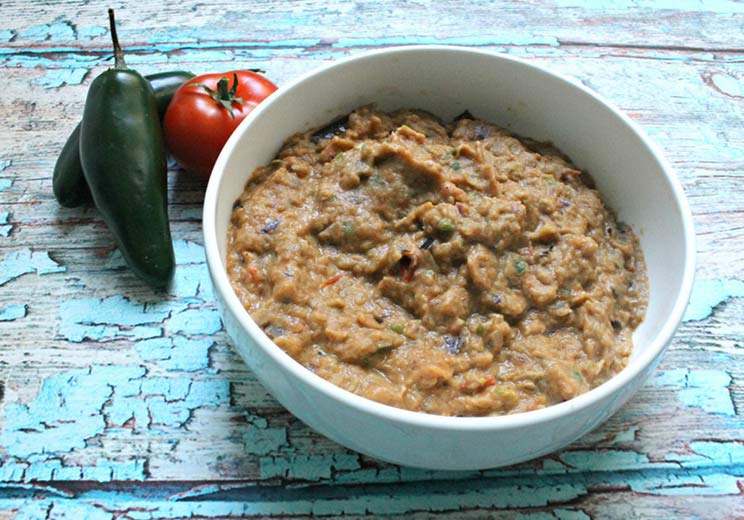 Don’t worry, there are no actual beans in this recipe. In fact, this recipe mimics the smooth and creamy texture of refried beans with an unexpected ingredient: eggplant. 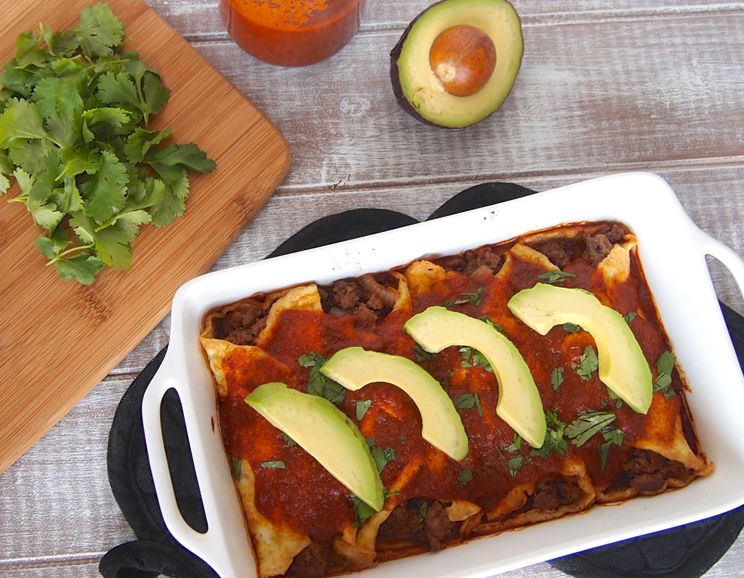 A Mexican classic gets a Paleo makeover in this dish. 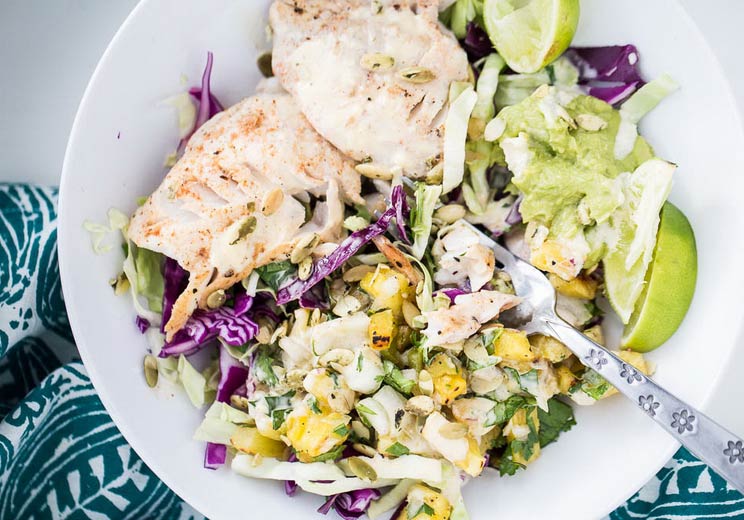 Nix the tortillas in this fish taco bowl, made extra refreshing with the citrus crema. 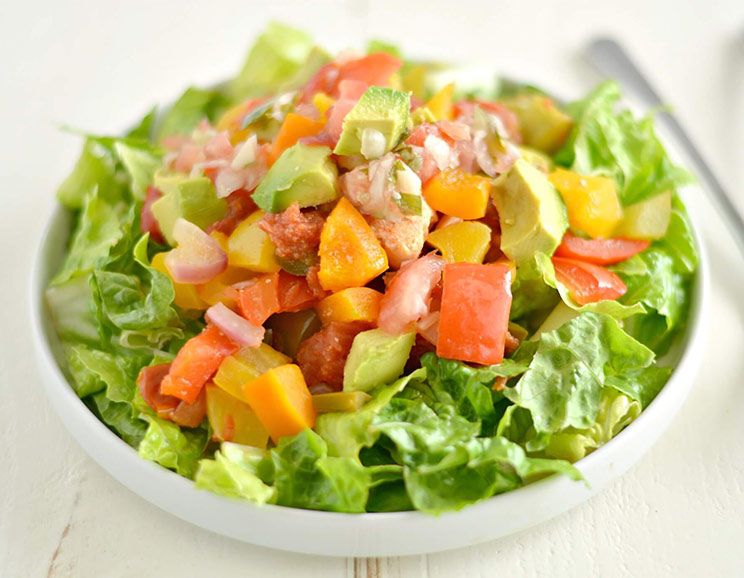 This casserole is lighter than you’d expect, served atop a bed of fresh lettuce – but it’s nevertheless satisfying. 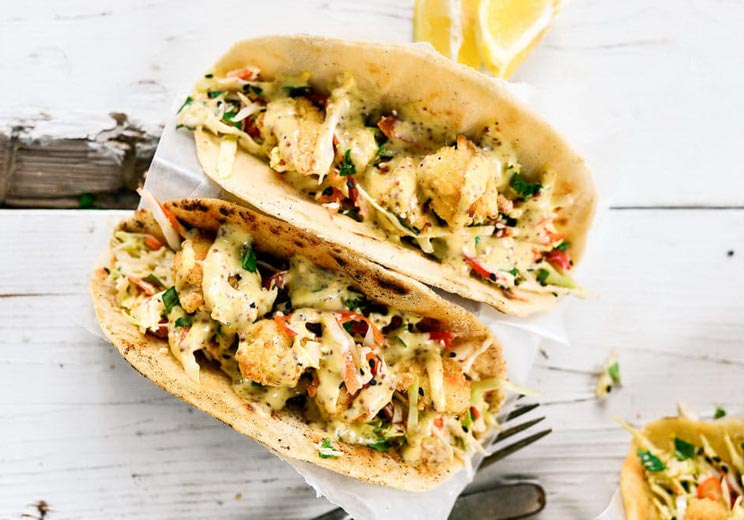 If you’re looking for a crispy, fried fish taco, this recipe will fulfill all your cravings without the guilt. 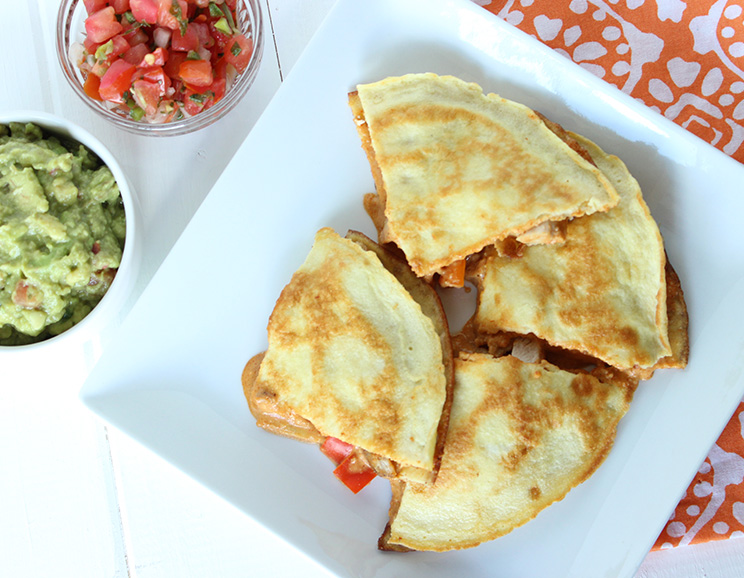 These super simple Paleo quesadillas use a homemade Paleo cheese that you’ll want to melt over everything. 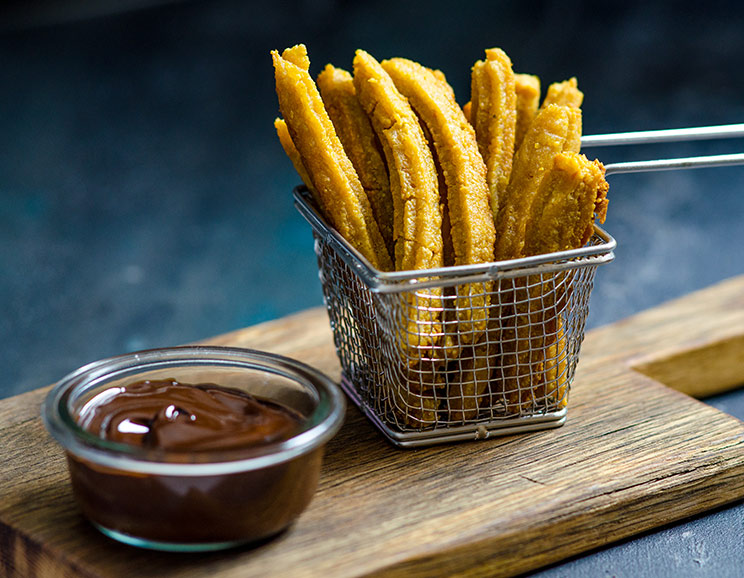 It’s tricky to get the perfect Paleo churro, but this recipe gets the ratios just right. 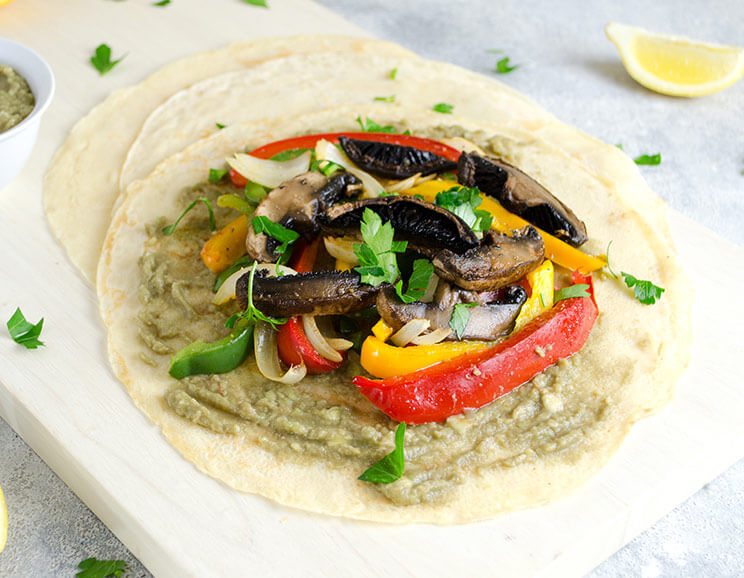 These Paleo Lemongrass Chicken Wraps Are The Perfect Light + Healthy Lunch
Next Post: Drizzle This 3-Ingredient Date Syrup On Your Favorite Pancakes