The 12 Best Low Carb Vegetables and Their Benefits

If you’re going keto or simply want to cut back on carbs, look to this easy guide for the best low-carb veggies for your diet.

You know the basics of your keto diet: high fat, moderate protein, very little carbs. It seems simple, but when you’re on the keto diet, not all veggies are created equal. In fact, they can vary quite a bit when it comes to carb content, making only some veggies truly ideal for a keto diet.

Below, we rank the top low-carb vegetables to show you which will give you the best bang for your nutrition buck.

Vegetables on the Keto Diet: Which Are The Best?

As a general rule, the veggies that have the lowest carbs are most often the ones that grow above ground, like leafy greens. In fact, “green” usually signals a lower-carb veggie.

Conversely, colorful root veggies often have more carbs and sugars, and should only be eaten in moderation on a keto diet. These include carrots, sweet potatoes, beets, rutabaga, and parsnips.

This list ranks the lowest-carb veggies by nutrient density. We also provide each veggie’s net carbs or the carbs that are actually absorbed into your bloodstream and processed by your body. Net carbs are found by taking the total carb count and subtracting the amount of fiber, as fibrous carbs are indigestible. (1)

Spinach is so low in carbs that you can add it to just about anything on a keto diet. It’s rich in antioxidant vitamins A and C, which help fight free radical damage and signs of aging. It also contains ample amounts of vitamin K and minerals like magnesium and manganese. (2, 3)

If you’re craving a crunchy snack, chop up a stalk of celery and get your favorite dips ready. With virtually zero-carbs, celery is a great source of trace minerals like potassium, as well as vitamin K. (4) Try dipping it in homemade guacamole or almond butter sauce.

While technically a fruit, avocado is an extremely nutritious, low-carb addition to your keto veggie arsenal. It’s loaded with healthy fats, vitamin C, vitamin E, and potassium, and can double as a dip for other veggies when you purée it into a sauce or spicy guacamole. (5) 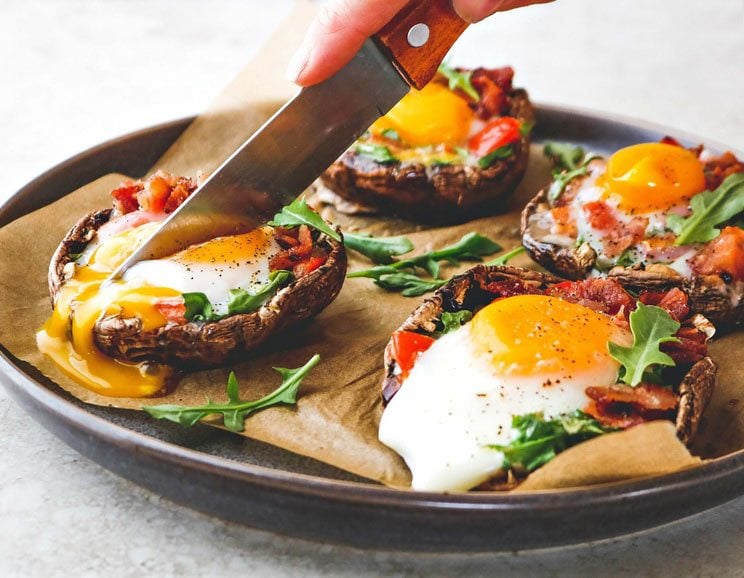 Most mushroom varieties are very low carb and contain lots of B vitamins, as well as minerals like potassium and copper. Plus, they add a rich, savory texture to stir-fries, omelets, and any veggie-forward dishes. When looking for the best varieties, choose white or cremini mushrooms – they’re typically inexpensive and contain the fewest carb counts. (6)

Rich in vitamin C, vitamin A, and folate, as well as many minerals like calcium and copper, asparagus is a green veggie that delivers taste and nutrition. (7) It’s also the perfect base for creamy sauces made with coconut milk and nut butters, or even tossed on the grill with olive oil.

It’s pretty amazing that hunger-busting cauliflower ranks so low on the carb scale. Plus, this veggie is anti-inflammatory and rich in vitamins like C and K. (8) One of the great things about cauliflower is its versatility – try pulsing it into “rice” in your food processor, purée it into a creamy soup, or make any of these other 37 cauliflower recipes.

If you’re looking for a versatile veggie that can be grilled, roasted, or even cubed, added to stir-fries, or spiralized into “noodles”, zucchini is your new low-carb friend. It contains a decent amount of vitamin A and trace minerals like manganese. (9) If you’re looking for new ways to try this veggie, check out these easy ways to prepare zucchini.

Cabbage is another veggie that you can enjoy without indulging in too many carbs. It also contains good amounts of vitamins C and A. (10) Whip up coleslaw with a creamy dressing, or even a thick cabbage soup loaded with other low-carb veggies. 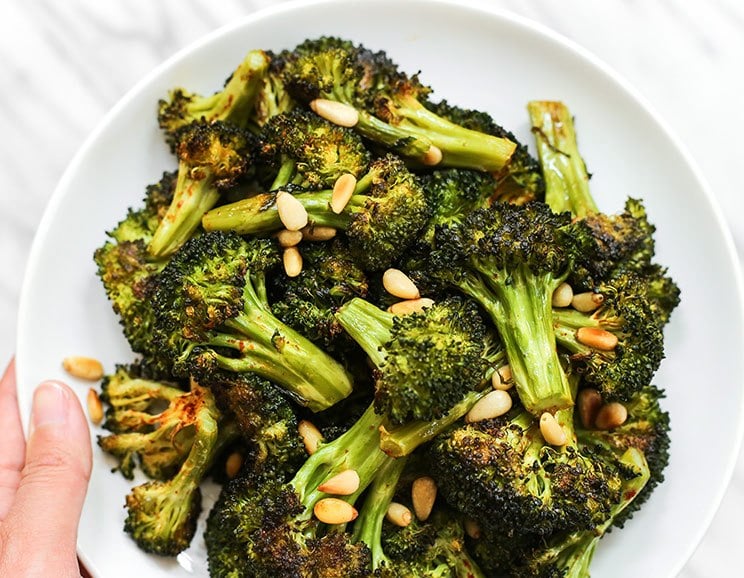 Broccoli is an extremely nutrient-dense low-carb veggie option. It’s packed with vitamin C, A, K, folate, and manganese, and is delicious steamed with a dash of olive oil, or roasted in the oven. (11)

Brussels sprouts make the ultimate roasted veggie side dish. They also work fantastically shredded in salads, and are rich in vitamin C and potassium. (12) Like cabbage, they also contain high amounts of sulfur compounds, which can be beneficial to joint health and help synthesize glutathione, an antioxidant that helps fight aging. (13)

Stir-fries with red and green bell peppers are still on the menu during a keto diet. Not only are bell peppers a fantastic way to add flavor to several dishes, but they’re also very high in vitamin A and C. Experiment with sauteing them or even eating them sliced and raw with one of our “dip” options below. (14)

Kale is one of the most nutrient-dense leafy greens you can eat. It is higher in carbs, but as long as you’re combining it with other lower-carb veggies and greens like spinach, it’s a great compliment to salads and stews. Kale is extremely rich in vitamin A and C, as well as decent amounts of calcium, potassium, and copper. (15) There are lots of ways to prepare kale, but these are our favorites.

We know: Eating plain greens and green vegetables can get boring after a while. The trick to really upping their taste game is to focus on combining them with healthy fats like avocado or coconut oil to make your own healthy sauces and dips. Check out some of the recipes below for inspiration.

The general rule of thumb on a low-carb keto diet is to stick to green veggies. Of course, this doesn’t mean you can’t occasionally indulge in carrots or other slightly starchier veggies – just be sure to fill the bulk of your veggie sides with the higher ranked veggies on this list.

(Read This Next: 6 Amazing Benefits of Cruciferous Vegetables & Who Should Avoid Them)

Why These 7 Hamstring Stretches Will Soothe Your Back Pain, Too
Next Post: Firecracker Chicken Meatballs