Eat This, Not That: Healthy Breakfast Foods

Breakfast can be the best meal of the day. But if you make a poor nutritional choice for breakfast, you’ll probably feel its ill effects all day long. [1] Unfortunately, chain restaurants and fast-food establishments rarely offer any healthy choices. Or worse yet, their healthy breakfast foods aren’t actually all that healthy.

Many think that by ‘going Paleo,’ they’re saying goodbye to all of their favorite breakfast traditions. While avoiding grains can cause some small changes, many of your favorite breakfasts can be modified or recreated to fit the Paleo framework.

These alterations make it much easier to skip the toaster pastries or your favorite greasy spoon—which will help save your waistline, and your wallet. So without any further ado, here’s a list of healthy breakfast foods!

Instead Of: Sugary Cereals
Eat This: A Paleo Fruit Salad 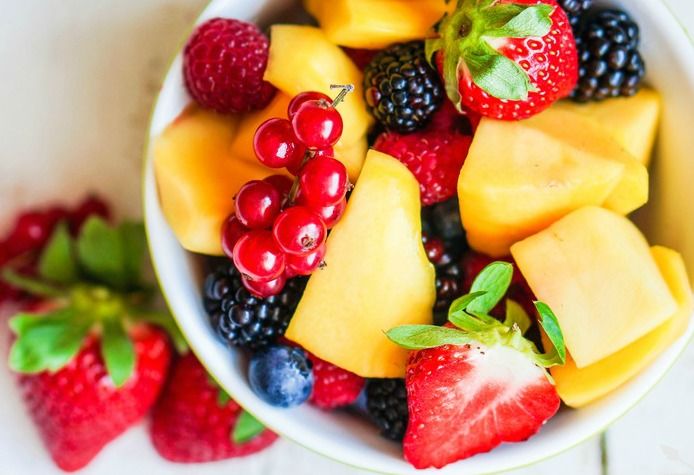 Skip the sugary breakfast cereals. Instead, opt for a fresh bowl of fruit—like this amazingly delicious (yet 100% Paleo) fruit salad. Though this fruit salad does have some sugar, it also has lots of nutrients and vitamins, and a boatload of antioxidants. As much as you may love Cap’n Crunch, it doesn’t provide any nutrients, vitamins, or antioxidants. 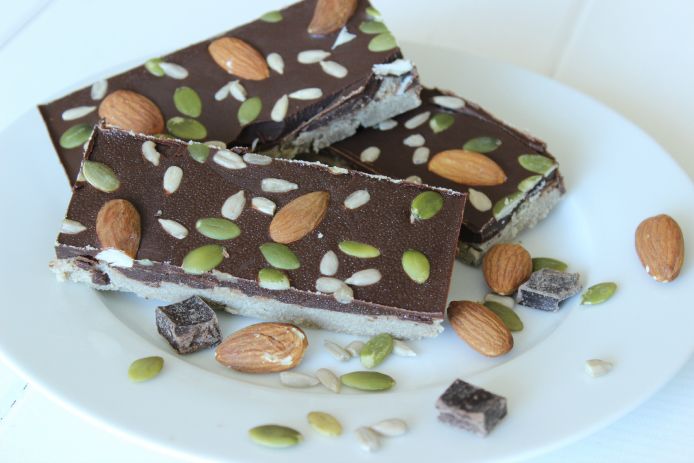 Sometimes we simply choose poor breakfasts because of laziness. But it’s easy to make your own energy bars. Plus, you can control the amount of sugar, and add as many nutrients as you want! To keep things interesting, try experimenting by adding and subtracting a wide variety of Paleo-friendly flavors and ingredients. 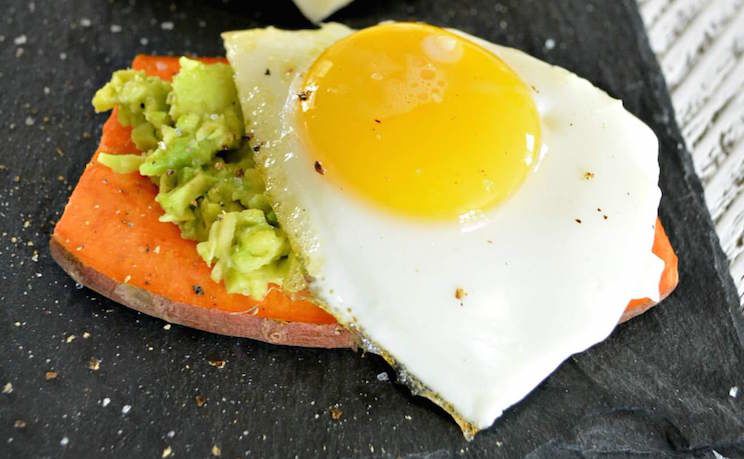 Bagels and cream cheese is a classic “empty calorie” breakfast. Instead of falling into that trap, replace the grains with a slice of sweet potato toast. It’ll curb any bread cravings, and provide your body with what it really needs: nutrients! Instead of cream cheese, try slathering sweet potato toast with guacamole. For a heartier breakfast, you can even top it off with a fried egg!

Instead Of: Oatmeal
Eat This: Chia Seed Pudding

Oatmeal lacks bioavailable nutrients, and most kinds are cross-contaminated with gluten. So you’ll want to steer clear of this traditional breakfast choice. Instead, swap oatmeal with a chia seed pudding. Then you can stay on the Paleo path, while still getting some delightful flavor! And there are endless ways to sweeten Chia pudding, including fresh fruit, honey, and maple syrup.

Instead Of: Store-Bought Donuts
Eat This: Paleo Donuts 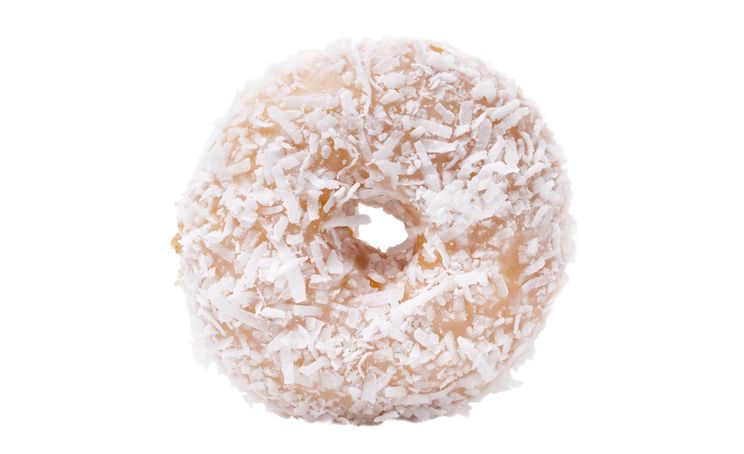 We all know that regular ol’ donuts are not the most nutritional choice. By contrast, you can easily make your own grain-free donuts and indulge a little—without going completely overboard. You can swap out the gluten with coconut flour. And instead of the typical, sugar-loaded glaze, use full-fat coconut milk and coconut shavings as the “sprinkles.” For a more savory touch, you can even use bacon as a topping! 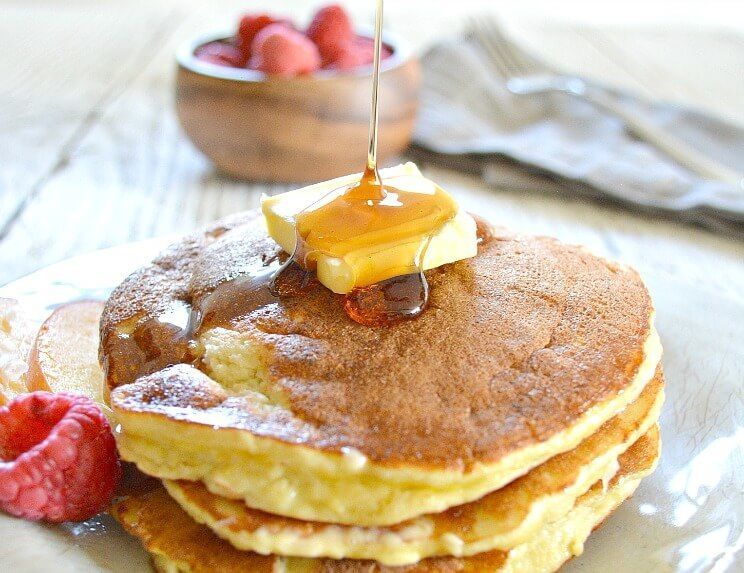 Don’t worry: You can still enjoy light, fluffy pancakes and waffles without any of the poor nutrition you’d get from grains. Coconut flour, almond flour, and even cassava flour make easy substitutes for white flour. To get a nice antioxidant boost, serve with fresh, organic blueberries. [2]

Instead Of: Store-Bought Orange Juice
Eat This: Homemade Smoothies 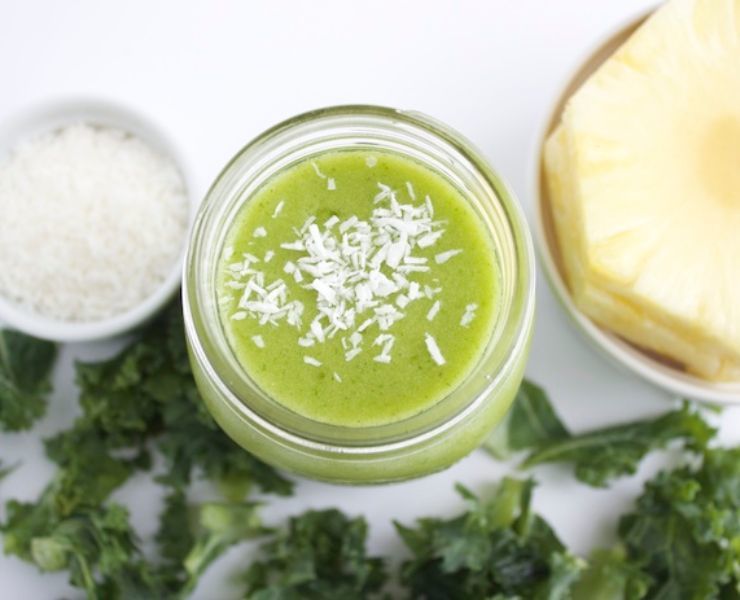 By making your own smoothie, you’re able to directly control the amount of sugar (and protein) you ingest. I recommend adding a Paleo-friendly protein powder to this smoothie. Keep a close eye on the amount of fruit you put into it. When in doubt, lean more toward nutrient-dense veggies; they’ll give you more bang for your buck. 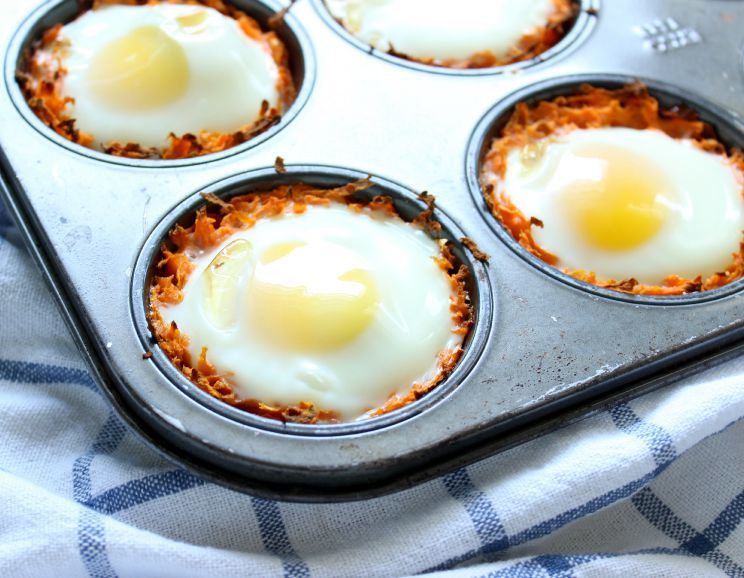 Regular, diner-served hash browns (made with white potatoes) are full of low-quality nutrition. The real kicker is that they’re usually cooked in highly inflammatory seed oils (e.g., soybean or canola). To avoid these oils and have a healthier breakfast, try cooking your own hash browns at home. Use sweet potatoes or cauliflower, instead of regular potatoes. Sweet potatoes will pack a bunch of beneficial vitamin A, and you can choose a much healthier oil (e.g., coconut). You can even get creative and turn your sweet potatoes into a “hash brown nest” for your eggs!

Instead Of: Breakfast Sandwich
Eat This: Portobello Sandwich 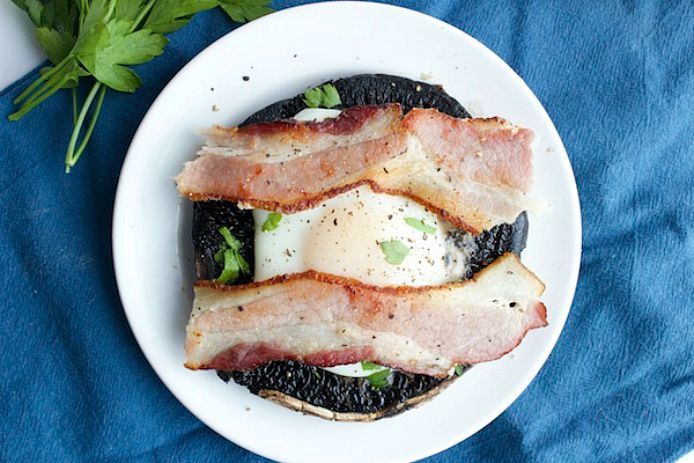 Most breakfast sandwiches are served with a variety of poor-quality choices. First, they almost never use meats sourced from grass-fed, organic animals. Second, they’re served on breads loaded with gluten and wheat, and cooked with low-quality oils. By contrast, a Portobello sandwich lets you control which oils you cook with, and trades in the bread for much healthier, Paleo-friendly, Portobello “slices.” What’s not to like?

Instead Of: Yogurt
Eat This: Coconut Milk Yogurt 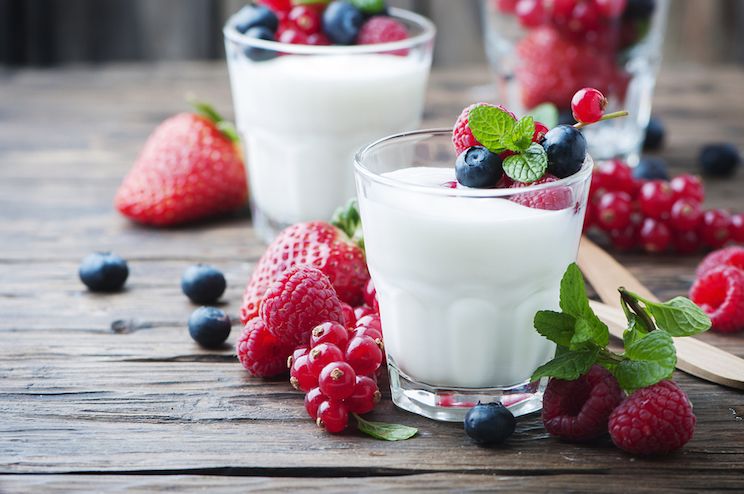 Store-bought yogurt is often very high in sugar—but low in beneficial probiotics. Save some money (and give your health a boost) by making your own. Coconut milk yogurt can also be eaten as a light snack in the afternoon or evening. It doesn’t just have to be for breakfast.

The seemingly innocuous breakfasts offered by many chain restaurants can often be deceptively packed with a wide variety of poor ingredients, which lack nutritional value. It’s always healthier to make your own breakfast. That way, you can control which ingredients you consume, and you can limit important items (e.g., sugar content and sodium).

(Read This Next: 11 Best Breakfast Foods for Digestive Health)

How To Use a Foam Roller For Back Pain
Next Post: Raw vs Cooked: Which Vegetables Are Healthier for You?