Smoky and sweet, these Paleo maple bacon donuts are perfect when you need something slightly extra at breakfast.

Perfect as a morning treat or a savory dessert, these little beauties are sure to be gobbled up within minutes after baking. Plus, since they’re made out of coconut flour, almond flour, and coconut oil, you can rest assured they’ll be gluten free.

For the glaze, you’ll be using coconut butter, maple syrup, and cinnamon. If you’ve never heard of coconut butter before, don’t worry, you can find them at most health food stores and even whip up your own coconut butter at home (it’s easy!)

So feel free to indulge and enjoy these savory treats with a cold glass of Vanilla Bean Milkshake! 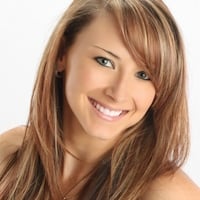 Deanna Dorman
With a duo like bacon and maple, you won't resist making these tasty donuts more often.
Tools
Ingredients

For the Donut Batter:

For the Bacon Crumble:

7 Paleo Foods That Increase Your Sex Drive
Next Post: 3 Foods You Need to Remove From Your Diet with Mark Sisson