Raw vs Cooked: Which Vegetables Are Healthier for You?

Incorporating an array of vegetables into your daily meals is a key part of going Paleo.

Since you’ve unearthed (yes, pun intended!) their benefits, you may have come across this debate: Whether veggies should be eaten raw (to retain their enzymes and nutrients) or cooked (to improve digestibility). The short answer? It depends on the vegetable.

While many vegetables are easier on digestion and offer a host of benefits in their cooked state, consuming some veggies raw is also a must – to make sure you’re getting specific nutrients that are sensitive to heat. For instance, water-soluble nutrients (e.g., vitamin C, B, and a group of nutrients called polyphenolics) appear to be specifically vulnerable to degradation during the cooking process. Therefore, many veggies that contain them should be consumed raw (1).

Do you struggle with bloating, gas, constipation, or other digestive issues? We’ve created a FREE guide to healing your gut naturally.
Click here to get your FREE copy of our Eat Wild Guide! [tweet_quote] While its easier to digest some veggies when they’re cooked, some should be eaten raw for its nutrients.[/tweet_quote]

Below, you’ll find a list of veggies – clarifying which should be eaten raw or cooked, and why. Note that this list isn’t meant to prevent you from alternating between raw and cooked veggies. Some have compounds that are destroyed by cooking, but they also have beneficial compounds that are made available by cooking. In the end, it’s best to have a balance of raw and cooked vegetables. Use this guide to determine how to prepare veggies for your nutrient needs. 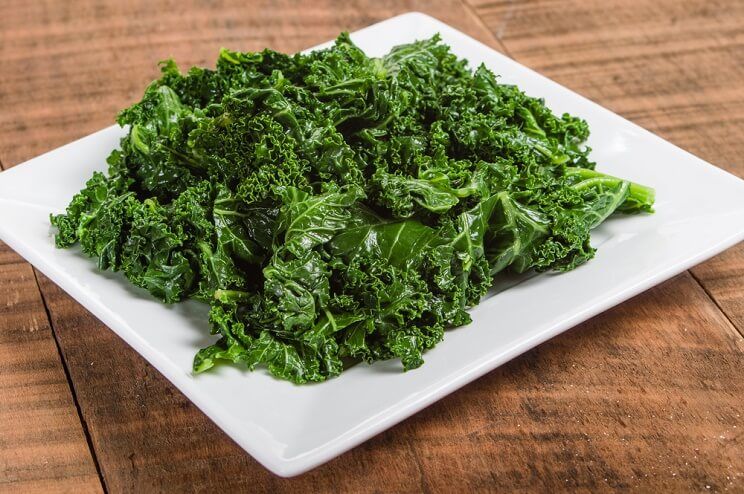 In the past few years, kale has become the king of greens. This title has led many to infuse it into endless amounts of smoothies, salads, and green juices. While moderate raw-kale consumption is perfectly fine, there are some drawbacks in consuming too much. Specifically, raw kale contains a high concentration of goitrogens (i.e., compounds that decrease the uptake of iodine by the thyroid) (2).

For this reason, it would be best to limit raw-kale consumption if you have a thyroid issue (such as hypothyroidism) to avoid creating an iodine imbalance. Instead, alternate raw kale with a sautéed kale salad, or add kale to soups or broths. 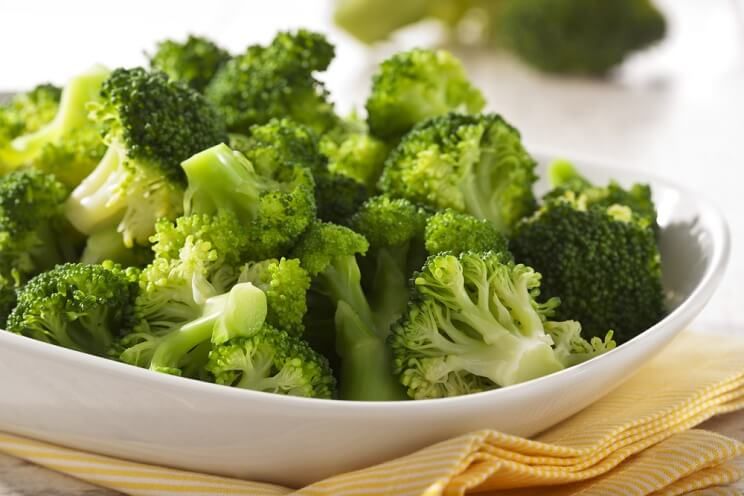 Broccoli is a member of the Brassica family, which also includes the aforementioned kale. Like kale, broccoli contains goitrogens, which can interfere with thyroid functions. Lightly cooking broccoli (e.g., steaming it) can help lower these compounds. [tweet_quote] Broccoli contains goitrogens, and should be steamed to help lower those compounds.[/tweet_quote]

However, you shouldn’t avoid raw broccoli altogether. In fact, alternating cooked and raw broccoli may lead you to absorb more sulforaphane, a cancer-fighting compound; a study showed it was absorbed better in raw broccoli (3). 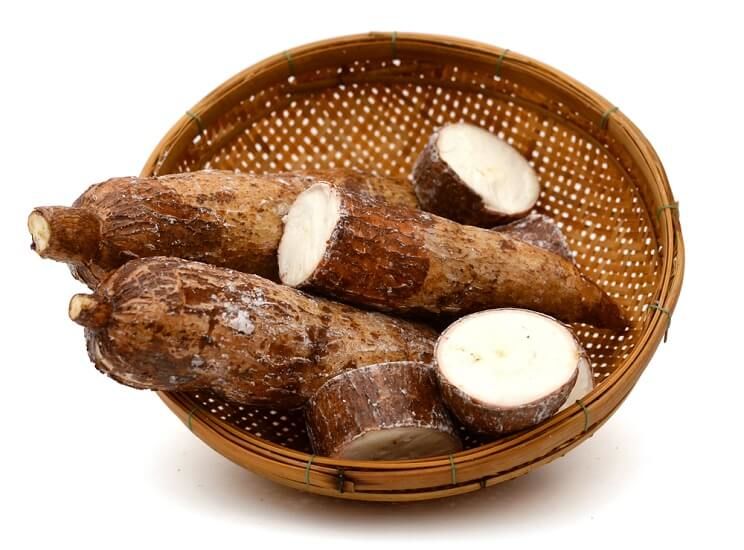 Even though it’s not a cruciferous veggie, cassava root contains one of the highest amounts of goitrogen (4). As with kale and broccoli, goitrogens can interfere with normal thyroid function – if eaten in excess (5). Before using it in recipes, prepare it properly by thoroughly boiling it for 25 minutes. 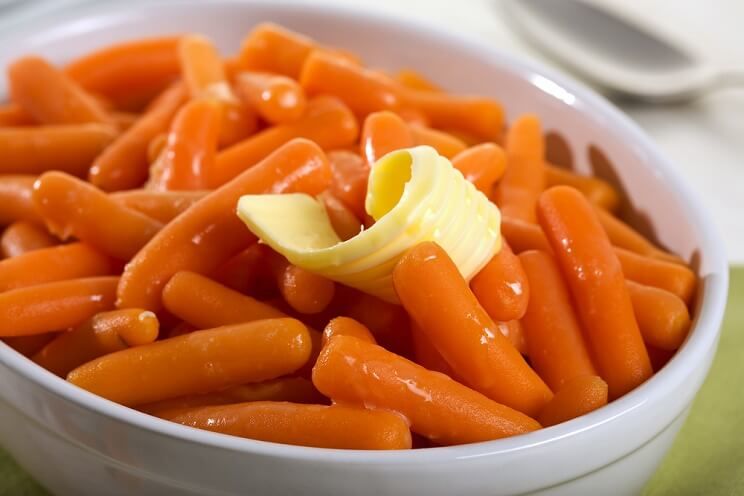 There is a split between beneficial nutrients lost in cooking carrots, and those gained by cooking them. Recent studies have shown that cooking carrots actually aids in carotenoid absorption (think betacarotene). But it also leads to a loss of polyphenols (6).

Your best bet is to cook carrots, so you’ll unlock their carotenoids. Meanwhile, eat other raw foods rich in polyphenols (e.g., colorful fruits like cherries, blueberries, currants, and strawberries). 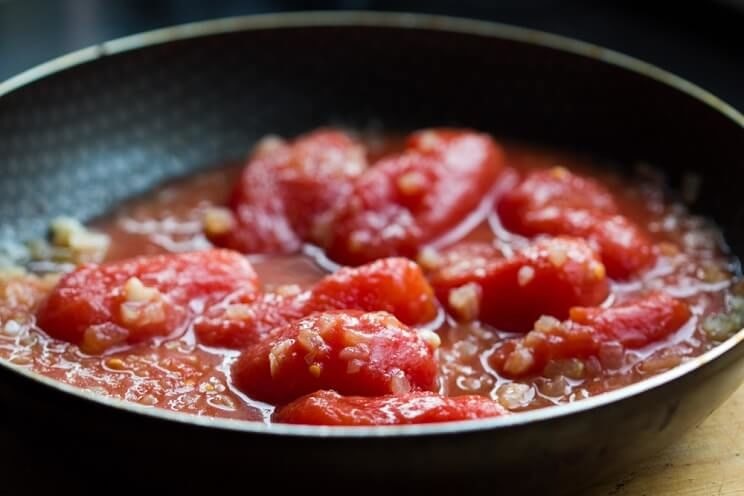 Most people consume tomatoes because of their high levels of lycopene (i.e., the antioxidant compound that gives red fruits and veggies their vibrant color). However, it’s difficult for the body to absorb lycopene from raw tomatoes. But on the other hand, cooking tomatoes greatly enhances their absorption (7). 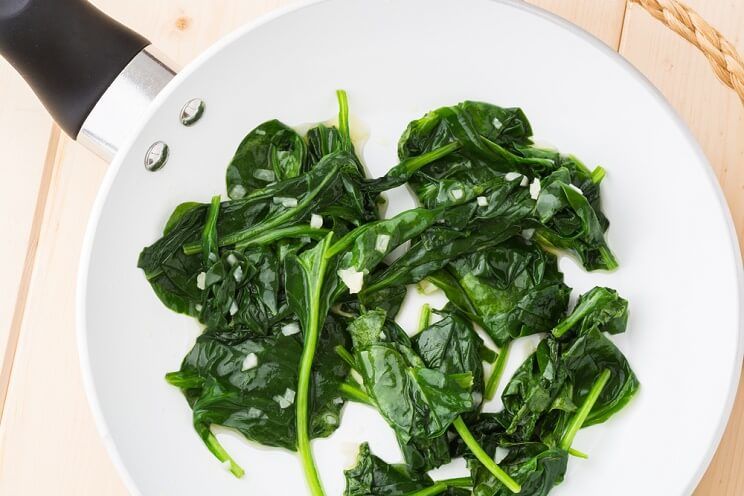 Spinach contains oxalates (i.e., chemicals that naturally occur in plant foods, which serve to “protect” plants from being eaten by predators). While all plants have varying levels of oxalates, spinach is particularly high. So how could eating it raw too often pose a problem?

When over-consumed, oxalates bind minerals in your body; this prevents their absorption. Luckily, oxalates are reduced by cooking, and can be mitigated even further by taking magnesium and calcium supplements at mealtime (8).

The Best Way to Cook Vegetables

Different methods of cooking have been proven to have a significant impact on nutrient preservation – mainly when steam comes out on top.One study found that steaming broccoli was better than boiling – to preserve flavonols, phenolics, and especially glucosinolates (9). [tweet_quote] Steaming is the best way to cook veggies. Boiling comes in a close second.[/tweet_quote]

However, boiling is a close second to steaming. But be sure to use as little water and as short a cooking time as possible. Up to 80% of the lost nutrients end up in the cooking water (10).

According to studies, fried veggies retain the least amount of antioxidants. Meanwhile, baking has mixed reviews. Overall, it seems that water-based cooking has the least destructive effect on these beneficial compounds (11). Use this guide to determine how to prepare veggies for your nutrient needs. 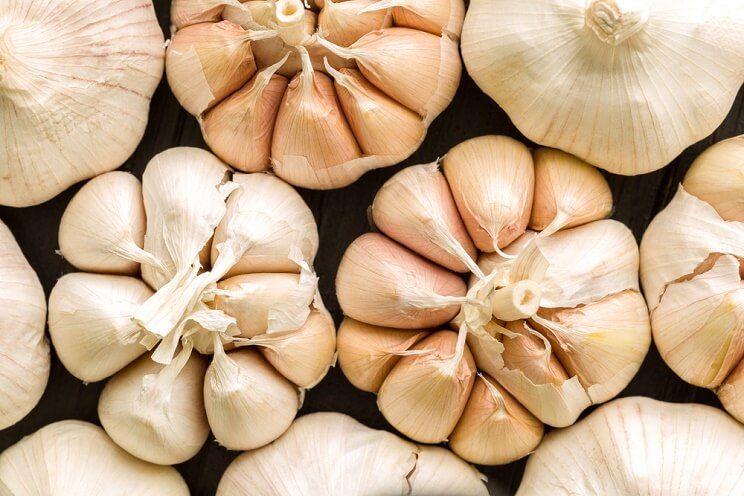 While fragrant garlic is a favorite addition to stews and stir-fry’s, it turns out that heating it destroys the beneficial, cancer-fighting compounds we praise it for. Specifically, cooking garlic deactivates alliinase (i.e, the enzyme in garlic that helps form allicin). Allicin is the active compound in garlic, which makes it such a potent health tonic. A study shows that consuming raw garlic two or three times a week reduces the risk of developing lung cancer (12).

Raw garlic can be finely chopped and added to homemade salad dressings, salsa, guacamole, and hot sauce. If you’re feeling bold, you can also take it “straight” with a gulp of water. Just be careful to start with a small amount of raw garlic, as too much can irritate the digestive tract. 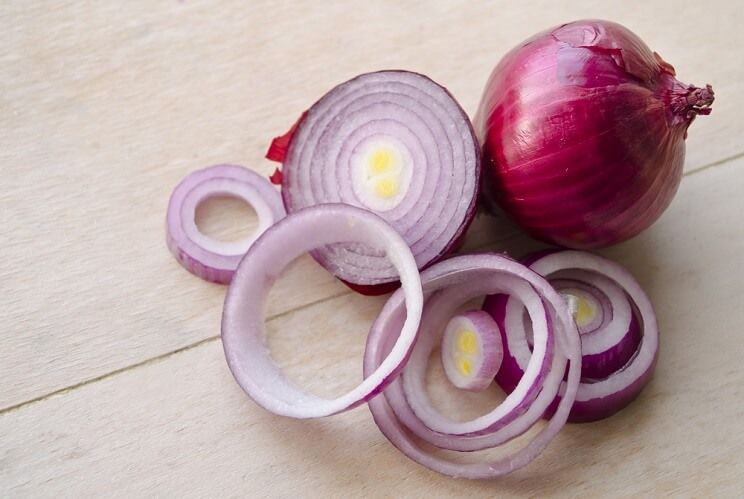 Like garlic, onions also contain the anticancer compound allicin. They also contain bioflavonoids (such as quercetin) and sulphur compounds, which provide a range of health benefits. They’ve also shown to be protective against cancer (13).

The bioflavonoids in onions begin to degrade under high heat (i.e., temperatures exceeding 120 degrees fahrenheit). So if you cook them, do so at a lower heat (14). 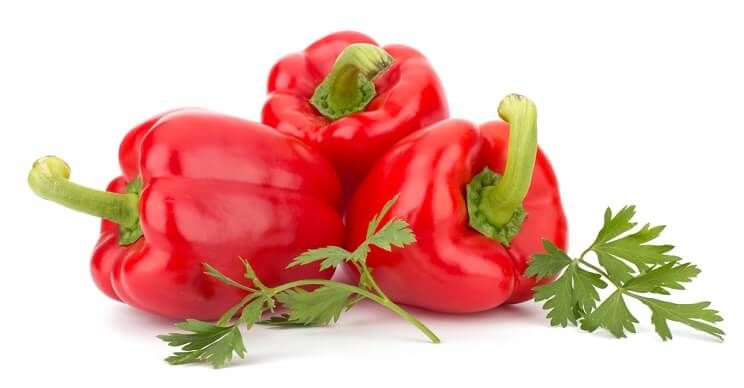 Red peppers are rich in vitamin C – the vitamin most susceptible to degradation from high temperatures (15). If you have to cook red peppers, it’s best to keep the cooking time short by lightly grilling (or briefly sautéing) over low heat. 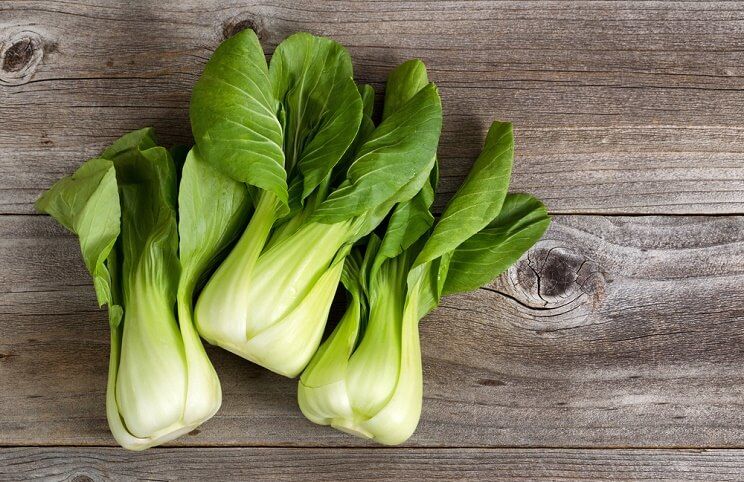 Bok choy is also rich in vitamin C and phytonutrients, which can be sensitive to high temperatures. If you have to cook bok choy, try working it into a stew. Then you’ll also consume the water. 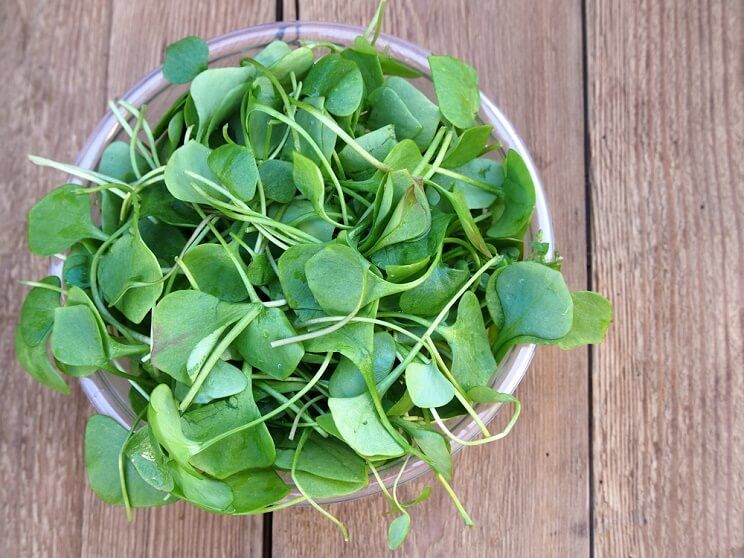 Aside from being rich in lutein and zeaxanthin (i.e., potent carotenoids that support vision health), watercresses are rich in cancer-fighting compounds called glucosinolates (16). These phytochemicals are hydrolyzed by an enzyme called myrosinase to produce isothiocyanates (i.e., the compounds in glucosinolates that produce their anticancer effect). Cooking deactivates the myrosinase enzyme that’s responsible for making isothiocyanates accessible – possibly interfering with their anticancer effects (17).

Here’s the main point to remember: Just as it’s important to consume a variety of vegetables every day, it’s also important to vary the way you prepare them. This variety will ensure that you’re not missing out on important nutrients and enzymes, and it might also encourage you to try new types of vegetables.

(Read This Next: 3 Top Veggies for Brain Health)

Eat This, Not That: Healthy Breakfast Foods
Next Post: The Best Bentonite Clay Benefits and Uses