We rounded up the fluffiest grain-free Paleo pancakes to upgrade your breakfast!

Pancakes are a classic, comforting breakfast treat. As soon as a warm stack is set in front of you, it instantly transports you back to your childhood. Despite their simple composition, pancakes are incredibly finicky and hard to get just right. When you add in the effort of keeping them Paleo-friendly, they might seem impossible to perfect.

Don’t fret: We’ve compiled 15 different ways that you can recreate that fluffy-as-a-cloud, pan-griddled perfection – without straying from your Paleo ways. From classic pancakes to unique, delicately oven-puffed Dutch baby pancakes, we’ve got you covered.

Do you like your pancakes overflowing with a warm fruit topping? Then we’ve got apple cinnamon and homemade, wild-blueberry maple syrup. Are chocolate chip pancakes your vice? Try the choco-nana or chocolate-protein pancakes for an adult take on this childhood comfort food. There’s even a built-in-bacon pancake to satisfy your all-in-one breakfast desires. 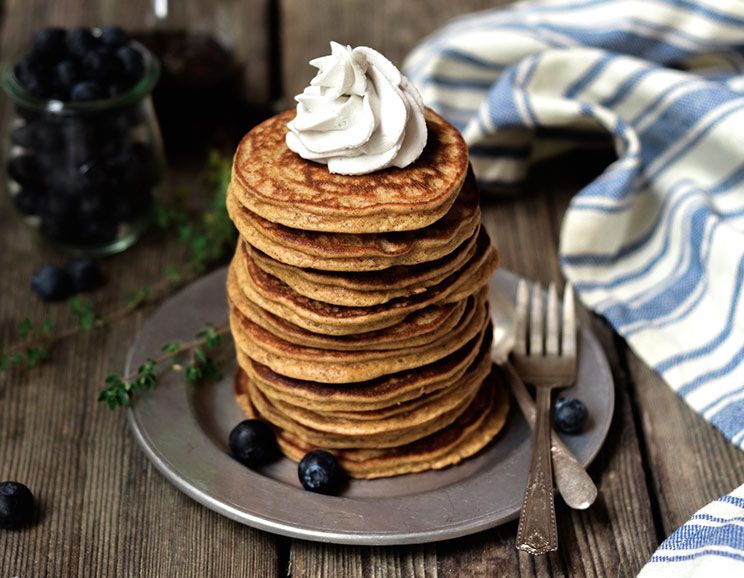 This recipe is the ultimate, foolproof, Paleo version of pancakes. They’re so airy, they’re like a dream come true.

Another Paleo take on pancakes to keep in your arsenal. They’re light, fluffy, and deliciously griddle-marked (i.e., everything you could ask of a pancake). 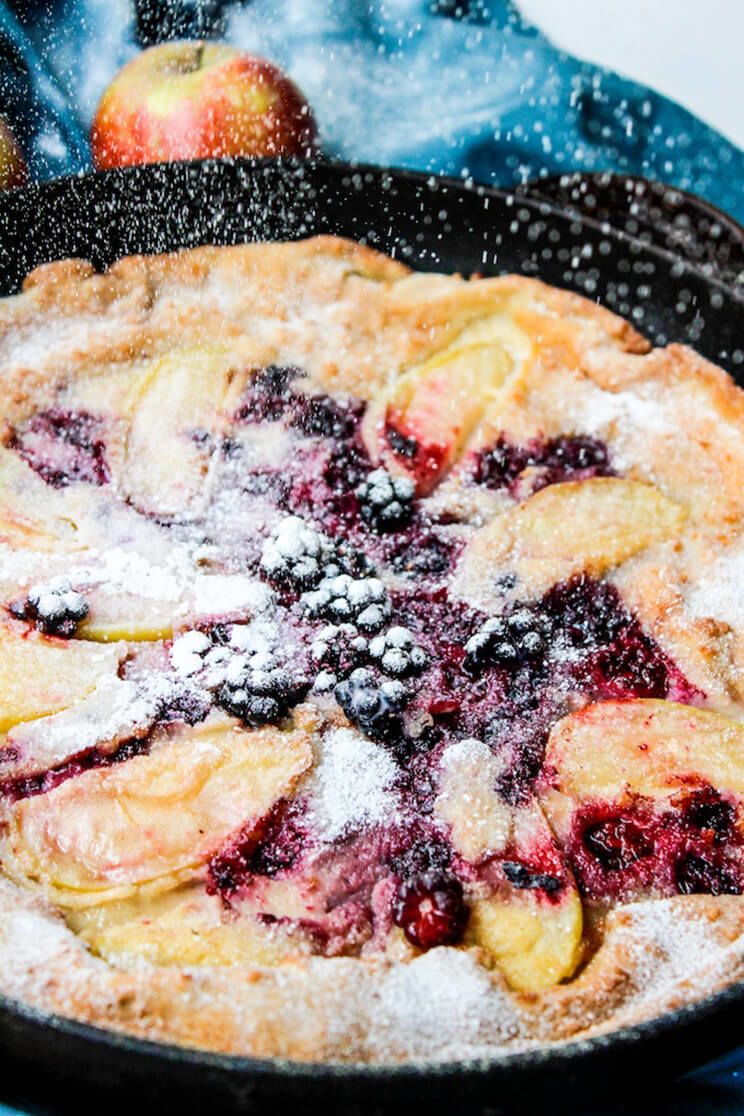 A different take on “fluffy,” this Dutch baby pancake (i.e., a puffed, delicately crispy treat made in the oven) proves that even more complicated treats are easy to make Paleo. 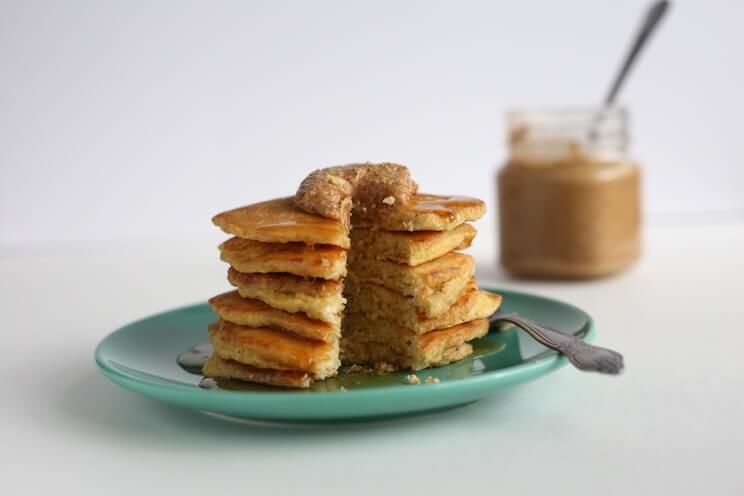 With only four ingredients and minimal effort, these are a great, grain-free option for a quick (but special) breakfast. 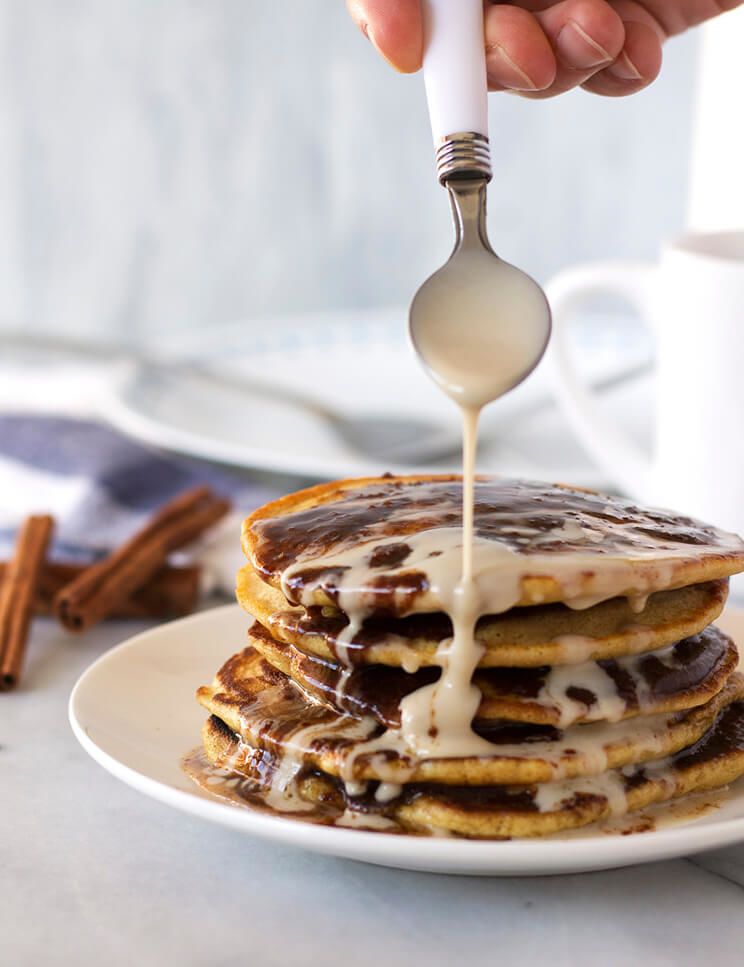 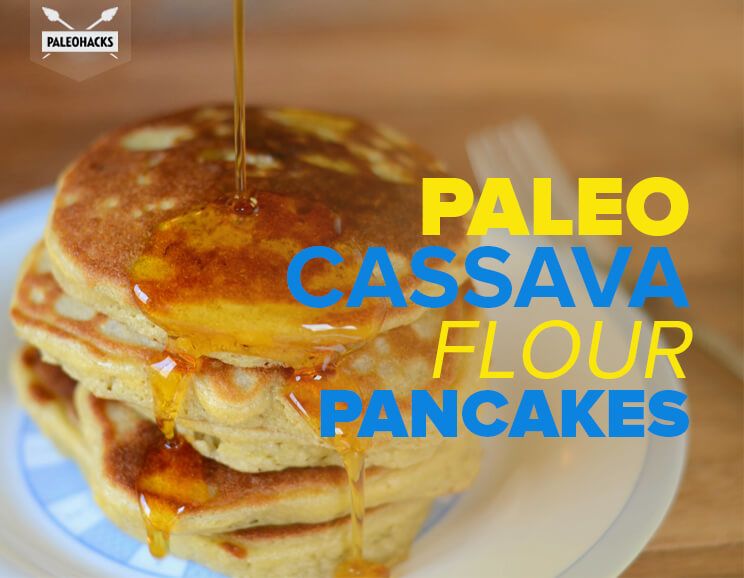 Little-known cassava flour is made from a root that’s been peeled, dehydrated, and ground. It’s also the secret to especially airy Paleo pancakes. 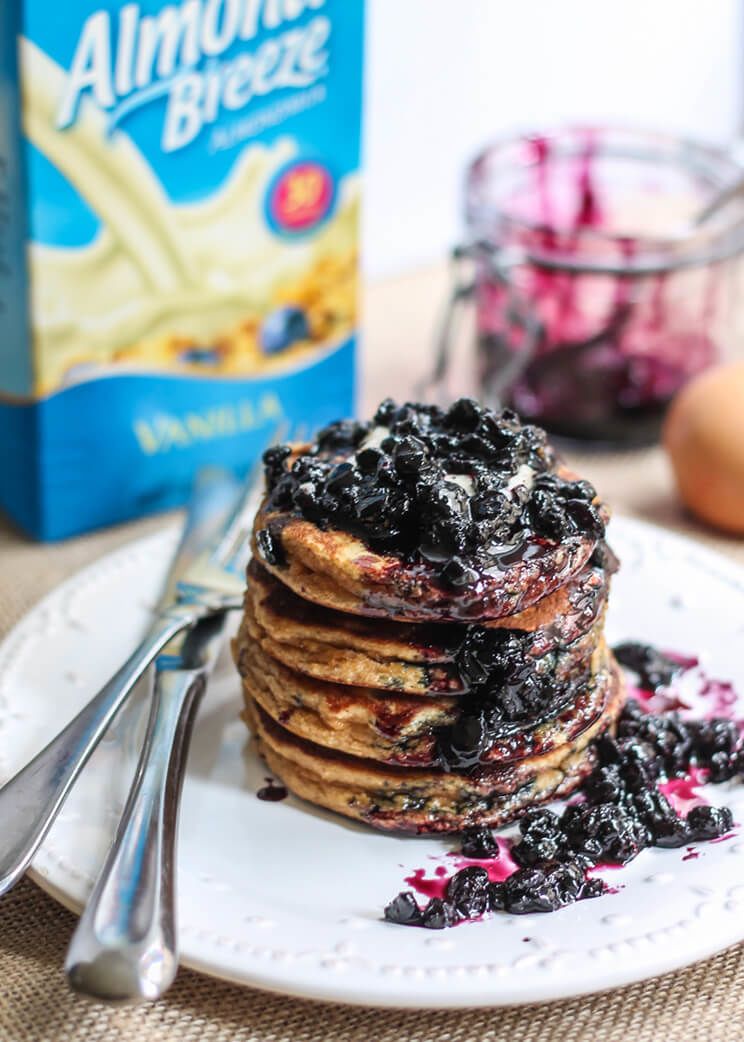 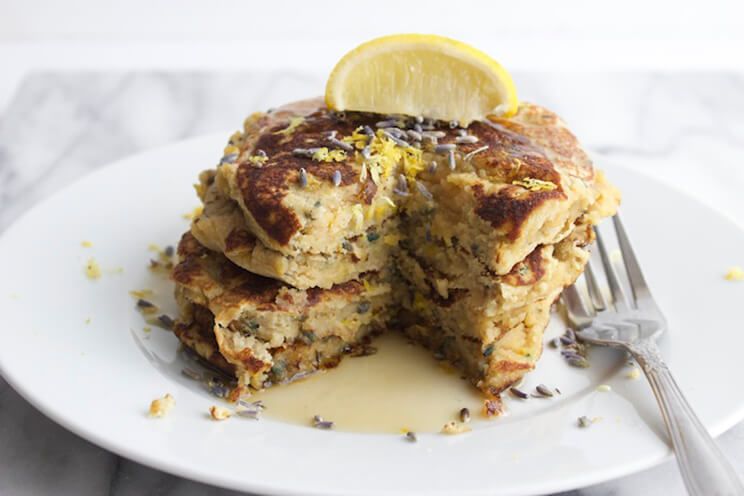 Take your fluffy-pancake game up a notch with this beautiful, brunch-worthy stack. Flecked with lemon zest and floral/lavender buds, they’re perfect for a bridal shower or similar occasion. 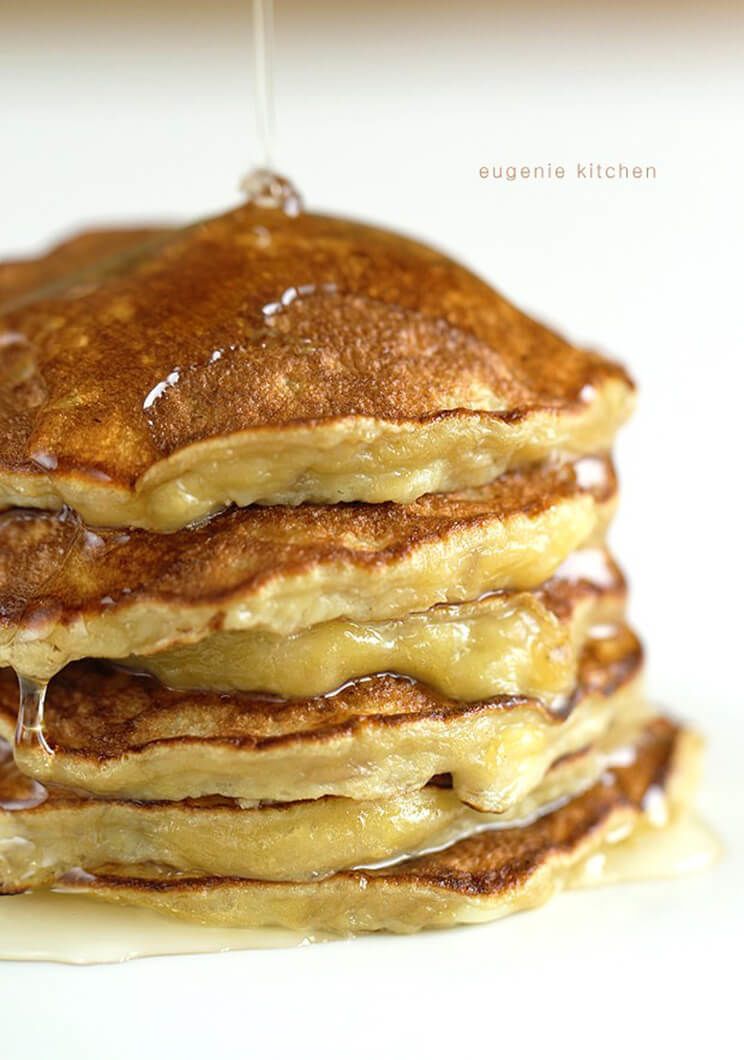 Save this recipe for when you’ve got a hankering for pancakes – and need to make a trip to the grocery store. Don’t skimp on the baking powder if you’re looking for the ideal texture. 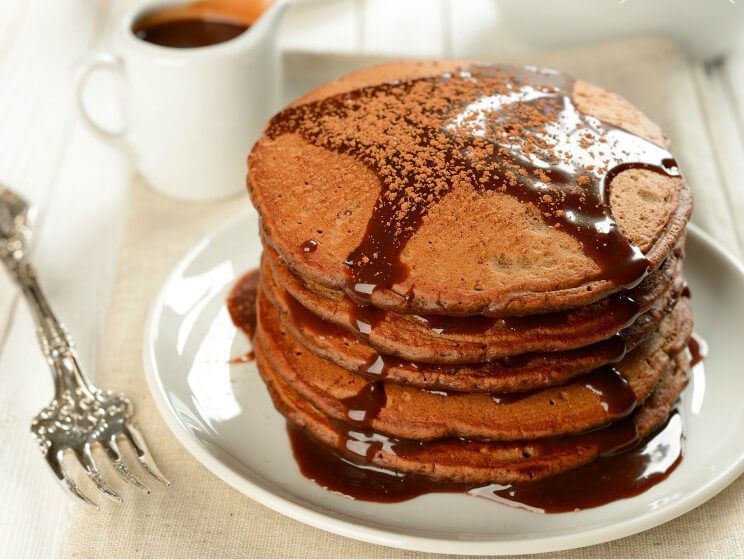 If you’re trying to avoid flours (including Paleo ones), this recipe is for you. Eggs, bananas, and nut butter help create that familiar pancake texture. 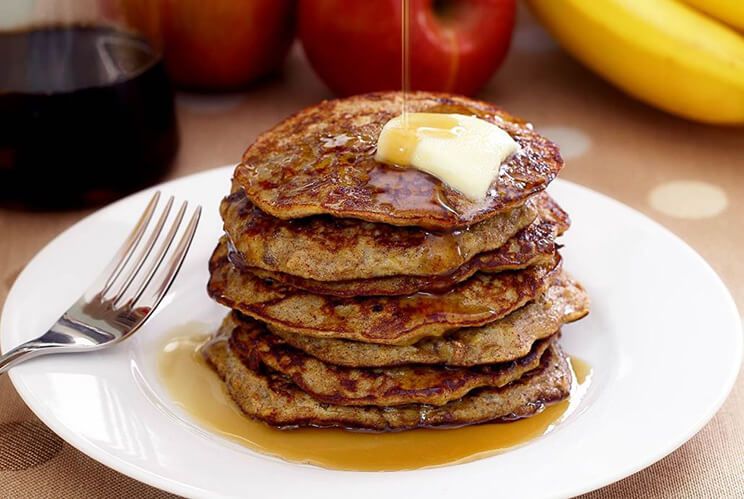 These well-spiced pancakes will remind your nostrils and taste buds of fall. 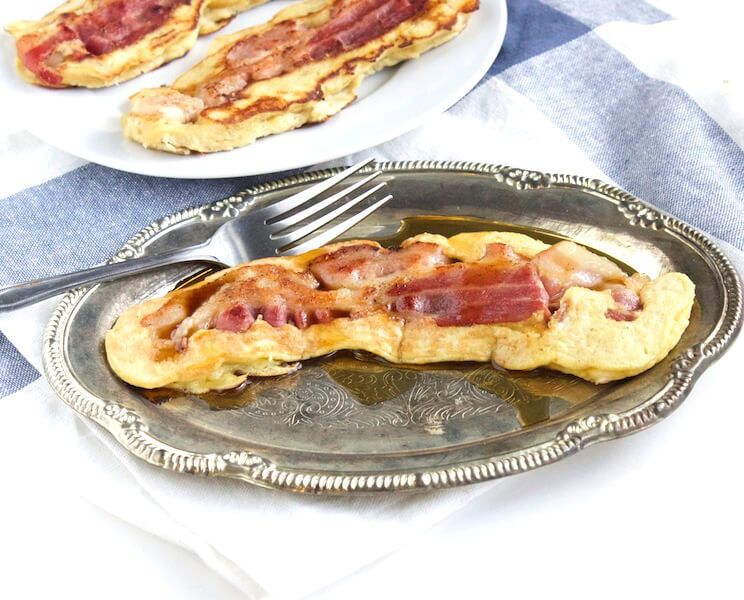 Why serve these two breakfast standbys separately – when you can enjoy both in one maple-syrup-drizzled bite? 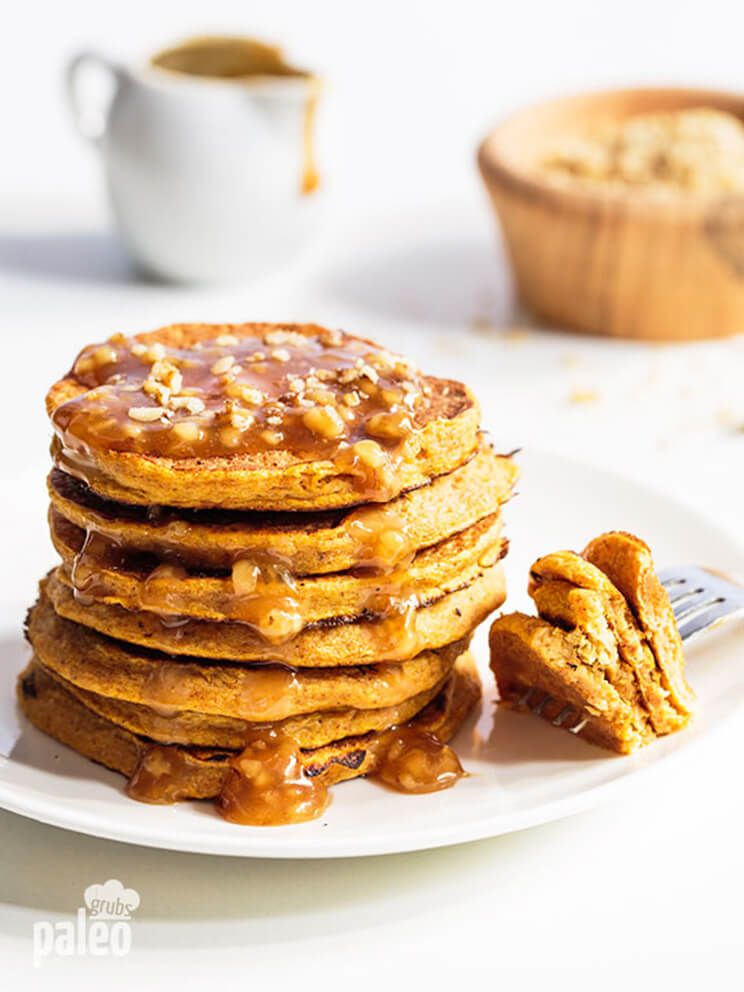 When you need to recreate a Thanksgiving vibe, go for these beauties – drenched in pumpkin and caramel. 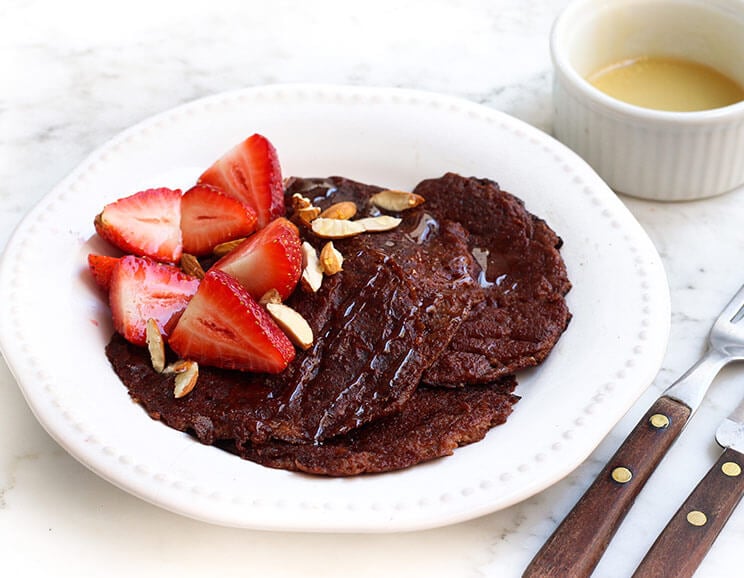 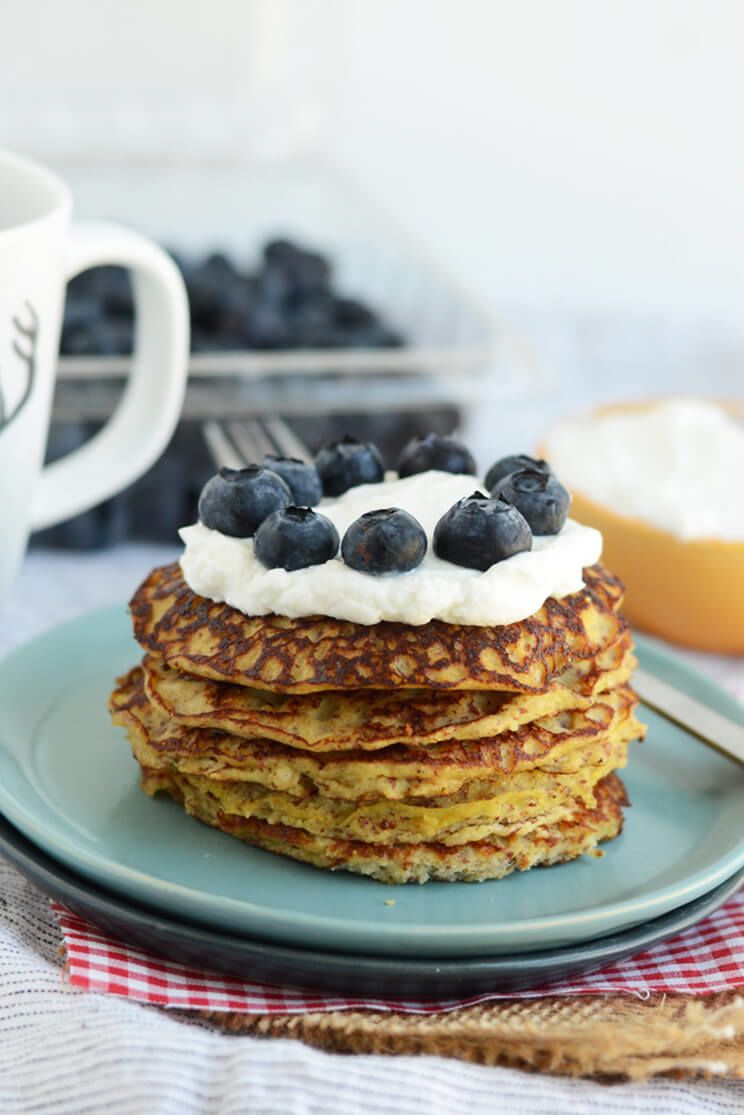 Applesauce is another secret helper of pancakes; it does double duty as a sweetener and texture enhancer.