Settle in with a warm bowl of hearty beef tagine slow cooked in Moroccan spices and herbs!

While traditional tagine comes in many variations, this recipe slow cooks seasoned beef with vegetables, spices, and savory broth. Inspired by Moroccan influences, you can expect to find a mixture of both sweet and savory spices. Best part is, it’s super simple to prep and allows for hands-free cooking throughout the day.

For thousands of years, this dish has been a hearty staple throughout the Middle East. Typically simmered over hot charcoal in a clay pot, this recipe uses a slow cooker to replicate traditional methods by keeping the meat moist and tender. For added variety, you can also make it with other proteins like fish, lamb, or chicken. 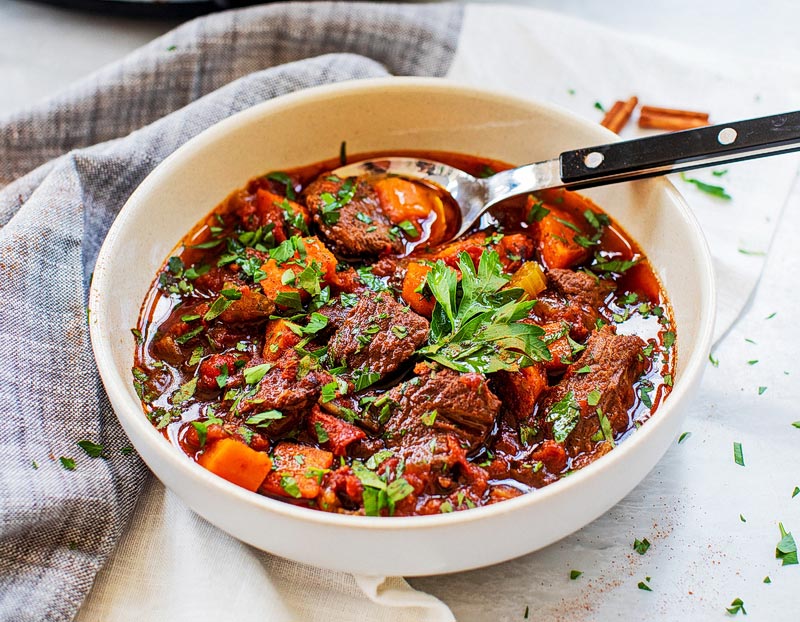 To get started, sauté the chopped veggies in a skillet over medium heat. Cook for about two minutes, or until the veggies are slightly caramelized. When complete, transfer them to a slow cooker and begin prepping the meat.

Next, brown the beef in the same skillet over medium heat, adding a few pieces at a time. Cook until fully browned, then place into the slow cooker with the rest of the veggies. Letting the meat simmer before it enters the slow cooker will give it a more flavorful touch.

Once the meat and veggies are in, add the tomatoes and broth to the pot. Stir in the remaining herbs and spices, then cover and set on low for eight to ten hours. If you’re looking to have it done sooner, you can also set it on high for four to five hours. 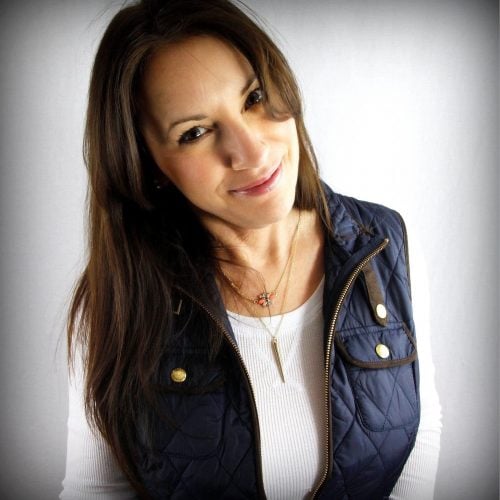 Sophie Viau
Settle in with a warm bowl of hearty beef tagine slow cooked in Moroccan spices and herbs. 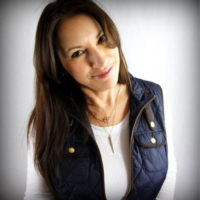 Sophie Viau is an accomplished epicurean, a recipe developer, and a food blogger. She has an eclectic taste and a desire to simplify the kitchen. This is why she specializes in easy-to-make recipes that are healthy, nourishing and delicious. Sophie spends most of her time playing with food and taking photos! When she’s not in the kitchen, she likes to travel and get lost in a good book.

Mini Artichoke Quiches To Go
Next Post: 9 ‘Unhealthy’ Foods You Were Told to Avoid (But Are Actually Good for You)