Crohn’s Disease: What It Is, Types and Trigger Foods to Avoid

If you suffer from chronic abdominal pain, it could be Crohn’s. Here’s a look at each of the five types of Crohn’s, and a sample meal plan to help keep flare-ups at bay.

Crohn’s is a type of chronic inflammatory bowel disease (IBD) suffered by nearly 400,000 people. (1) While there is no single known cause for the disease, it is associated with inflammation and autoimmune reactivity to certain foods or bacteria within the intestines.

What is Crohn’s Disease?

Crohn’s disease causes erosion of the intestines, stomach and/or bowel along with painful inflammation. There are five distinct types of Crohn’s disease, though people can have one or more types of which can increase both the symptoms and the areas of the digestive tract that are affected. (2)

The 5 Types of Crohn’s Disease 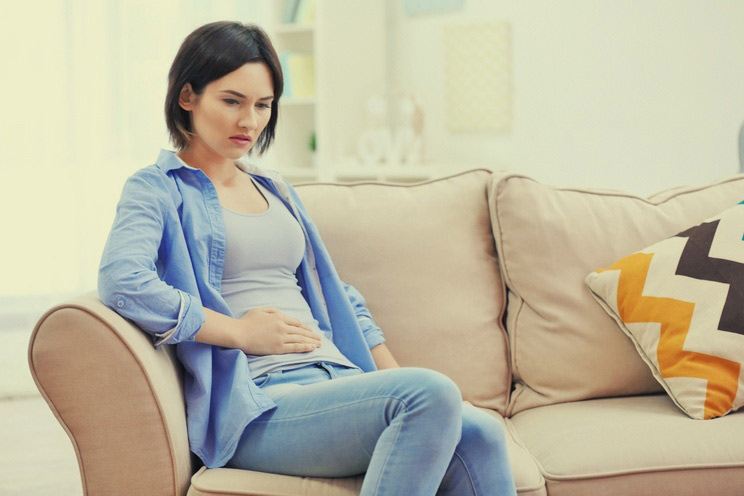 This form of Crohn’s primarily impacts the colon, which is the main part of the large intestine. Crohn’s colitis can cause abscesses and ulcers which can form around the anus, along with other symptoms like rectal bleeding, diarrhea, joint pain, and lesions on the skin.

This form of Crohn’s causes symptoms associated with the middle section of the small intestine, the jejunum. Symptoms range from post-meal cramping to severe abdominal pain, along with fistulas (abscesses in the intestine) and diarrhea.

Ileitis causes inflammation and irritation in the ileum or the lower section of the small intestine. Symptoms include diarrhea, unintended weight loss, and the development of painful fistulas in the lower-right section of the abdomen.

The most common form of Crohn’s, Ileocolitis, results in inflammation and irritation of the ileum, or the lower part of the small intestine, and the colon. Common symptoms include diarrhea, unintended weight loss, and intestinal pain in the middle or lower-right section of the abdomen.

This type of Crohn’s primarily affects the stomach and the upper part of the small intestine where most of the digestive process takes place. Symptoms of gastroduodenal Crohn’s include nausea, unintended weight loss, vomiting, and lack of appetite. 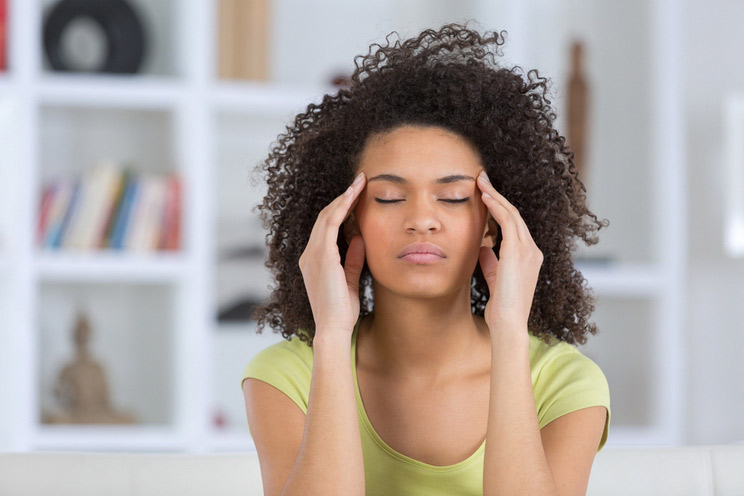 Crohn’s disease doesn’t result in constant symptoms, but rather periods where the disease flares and causes symptoms and pain. (3) When flares end, the disease goes into remission and may not cause any symptoms.

As mentioned above, common Crohn’s Disease symptoms include:

Crohn’s disease is most commonly diagnosed in people between the ages of 15 and 40. You might have a higher risk of developing Crohn’s or IBD if you have other autoimmune diseases, and there is a genetic component as well.

It can be hard to diagnose Crohn’s disease because symptoms overlap with many other conditions, autoimmune or otherwise. It can commonly be misdiagnosed as Celiac disease, colon cancer, or diverticulitis. There is no single lab marker that can be tested to verify the presence of Crohn’s.

Colonoscopy is considered the primary method of diagnosing Crohn’s, especially in the early stages, since this gives doctors an inside look at the intestinal wall. An X-ray, ultrasound, CT scan and/or MRI might also be performed. 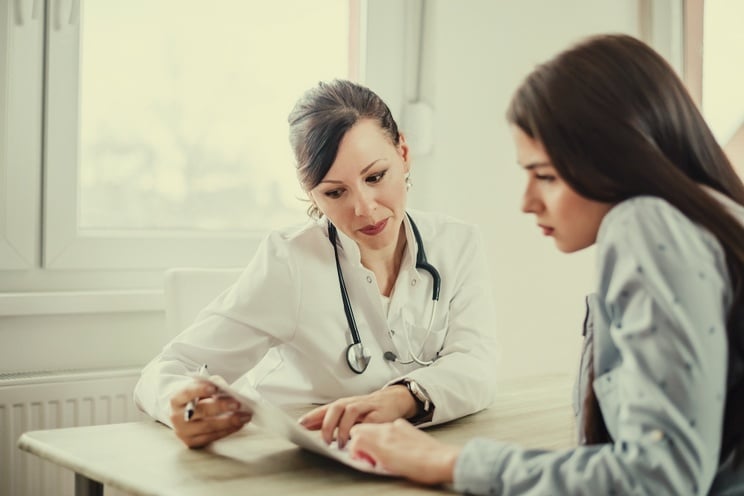 Treatment of Crohn’s is complex and determined by the type and severity. Conventional medical treatment aims to manage Crohn’s by using medication to reduce inflammation and infection, which can include steroids, immunosuppressants, and antibiotics.

Because the small and large intestine can be involved in Crohn’s, nutrient deficiencies can be common since this is where most nutrients are absorbed. Doctors may also prescribe supplements to correct nutrient imbalances.

Depending on the severity of symptoms, surgery may be required to address certain aspects of Crohn’s such as bowel obstruction, excessive bleeding, and fistulas. (4)

Lifestyle management is also used to treat Crohn’s since stress and other inflammatory factors can lead to flare-ups. 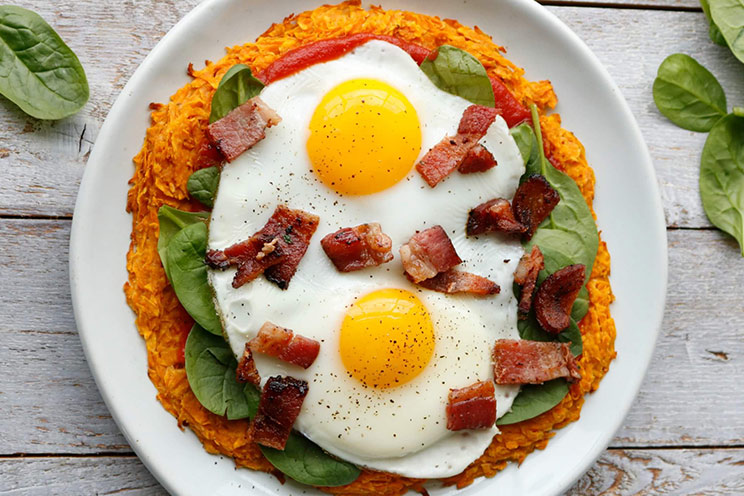 Crohn’s can have specific foods that trigger problems, particularly insoluble fiber. Insoluble fiber, which is also referred to as “roughage,” bulks up stool and can cause pain during transit for people with Crohn’s. It can also worsen intestinal irritation, especially if fistulas or abscesses are present. Foods that are high in insoluble fiber include most legumes, grains, and flax seed. In addition, foods that can stimulate the intestines like spicy foods, caffeine, alcohol, and fried food, should also be avoided.

Fortunately, like most chronic and autoimmune diseases, Crohn’s can respond positively to dietary changes. (5) A good Crohn’s food plan should focus on soluble fiber, which pairs with water and turns to gel as it digests. Soluble fiber helps to slow down digestion, which can be helpful for combating diarrhea and nutrient absorption problems. Foods that are rich in soluble fiber and might be Crohn’s-friendly in moderate doses include avocado, sweet potatoes, turnips, and pears.

Other foods that address Crohn’s disease are high-caloric with plenty of protein since this optimizes the ability of nutrients to absorb and provides amino acids that repair the lining of the intestines.

Staying well hydrated is also essential to reduce the potential for constipation or dehydration as a result of more frequent diarrhea. 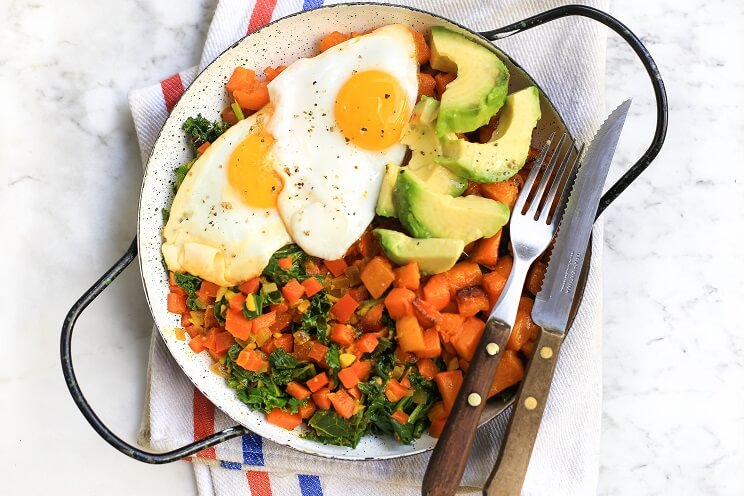 While a Crohn’s-friendly meal plan may look different depending on the type of Crohn’s disease that you have, the following sample plan is a good starting point. Work closely with a practitioner who can advise you on your specific dietary and nutritional needs.

(Read This Next: Symptoms of Celiac Disease and Toxic Foods to Avoid)