10 Antiviral Herbs to Naturally Fight Infection & How to Use Them

There’s no need to explain the dread and exhaustion that comes with fighting a virus.

Whether it be the common cold or the flu – the nausea, congestion, and other symptoms, can almost be too much to bear.

These symptoms usually result in fleeing to your doctor, in search of a pill, to make it all go away as fast as possible. And while there is definitely a time and place for prescription medications, have you paused for a moment to consider a prescription from nature?

Why Use Herbs to Fight Viruses? 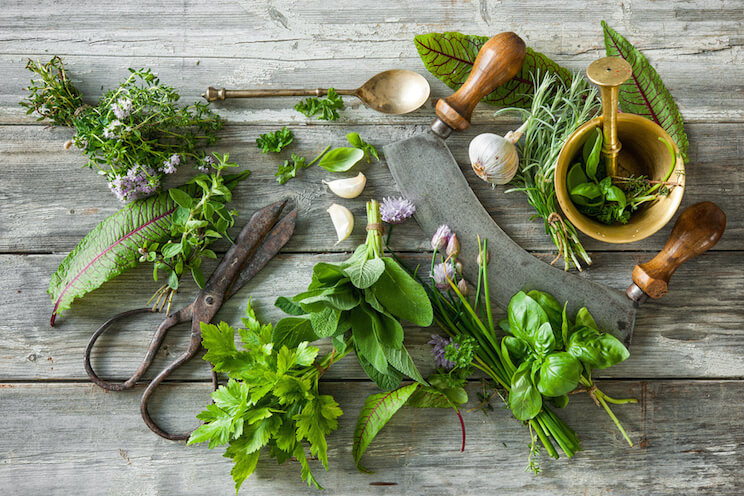 Unlike prescription medicines, whose list of potential side effects are often longer than their list of benefits, antiviral herbs often have little to no side effects. These herbs can be traced back to as early as Ancient Egypt and China, where they were also used as natural remedies.

Many, like licorice root, are also so effective that they are being considered for use as broad-spectrum, non-prescription antivirals (1).

By sticking with these antiviral herbs, you can stop viruses in their tracks, boost your immune system, and avoid the chemical toxins found in prescription drugs. 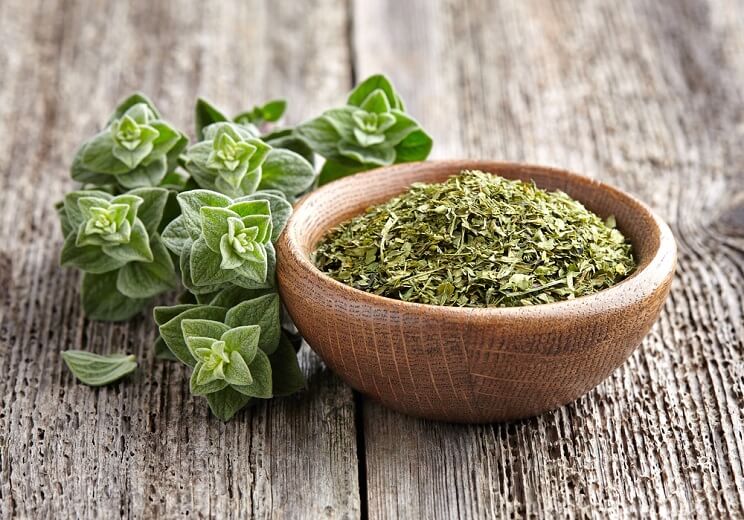 It turns out that this fragrant herb offers far more than a zesty flavor. Oregano, and specifically oregano oil that has been extracted from the plant, contains significant antiviral properties. Studies show its active component, carvacrol, can inactivate viruses like human norovirus (sometimes referred to as the “vomit bug”) within one hour of contact (2).

Oregano has the power to “inactivate” the human norovirus within an hour of contact.

In addition, Mexican oregano oil has been shown to be effective against viruses like acyclovir-resistant herpes simplex virus type 1 and human respiratory syncytial virus (3).

Keep in mind, that while it’s great to cook with oregano, you might need to go the oil route to get the most antiviral benefits.

Echinacea is one of the most popular antiviral herbs on the market when it comes to fighting viruses and bacteria, and for good reason. Not only does it have the ability to boost your immune system by stimulating the production of cells to help fight infections, but it also contains phytochemicals that fight and help reduce infections once they occur (4). 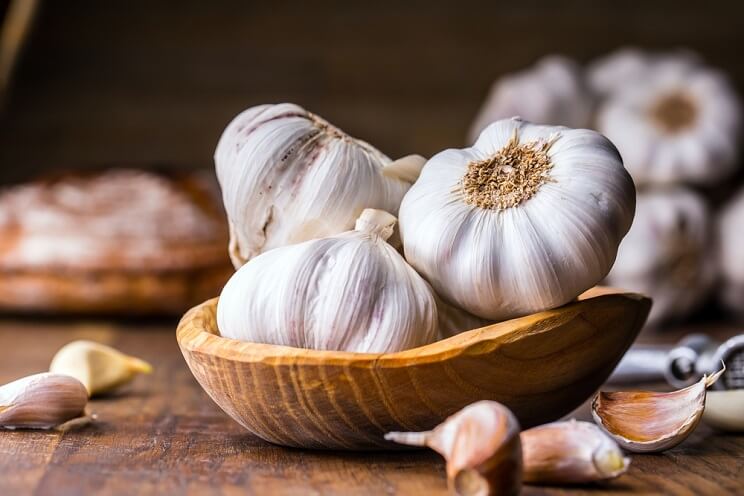 From ancient India to the medieval streets of Europe, garlic has a long history of use when it comes to infections. Some of these uses included using garlic as a treatment for leprosy, parasitic infections, and as an antibiotic for infectious diseases (5).

Today, garlic’s reputation as a potent antimicrobial is well-known. Studies have shown that it has the ability to combat the flu virus, the common head cold virus, HIV, and pneumonia, to name a few (6).

If you’re suffering from the flu, elderberry should be your go-to for relief. Studies have shown that people infected with influenza virus A and B experience 91 percent improvement after taking elderberry for seven days, while also reducing their fevers and increasing their feelings of improvement (7).

If you’ve got the flu, reach for some elderberry. It’ll boost your immune system while eradicating the virus.

Elderberry is commonly taken alongside echinacea to boost your immune system, while at the same time eradicating the flu virus. 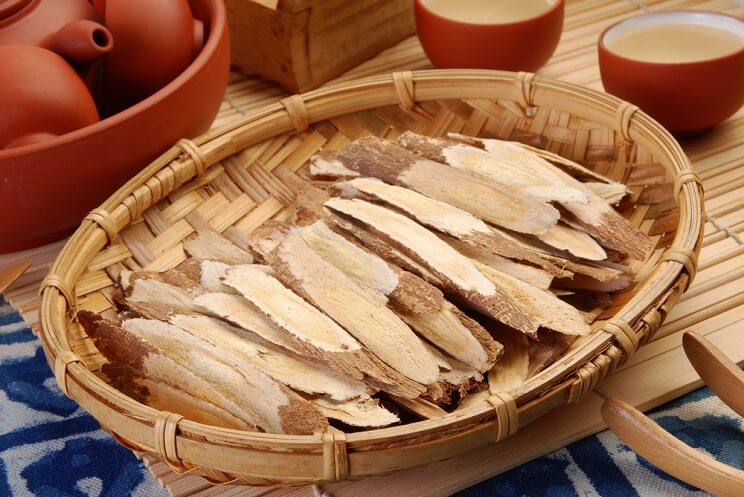 Astragalus root is more well-known as an adaptogen herb whose role is to help improve your body’s reaction to stress. However, research has shown this root also contains powerful antiviral properties.

One study revealed that astragalus root is effective at inhibiting the herpes simplex virus type 1 (HSV-1), while another showed that it inhibits RNA replication in some virus strains (8, 9). In simple terms, astragalus root could be your best friend whenever you’re looking to stop a virus from multiplying and getting worse.

Olive leaf, which indeed hails from the olive tree, is another fantastic antiviral. It’s main compound, oleuropein, has been shown to inhibit the spreading of viruses by not allowing them to attach to healthy cells. In addition, studies have shown that exposing certain viruses to oleuropein in their early stages reduced their infection potential by 10 to 30 percent (10).

Other studies have even shown that olive leaf can inhibit certain antiviral effects on HIV by inhibiting replication (11). 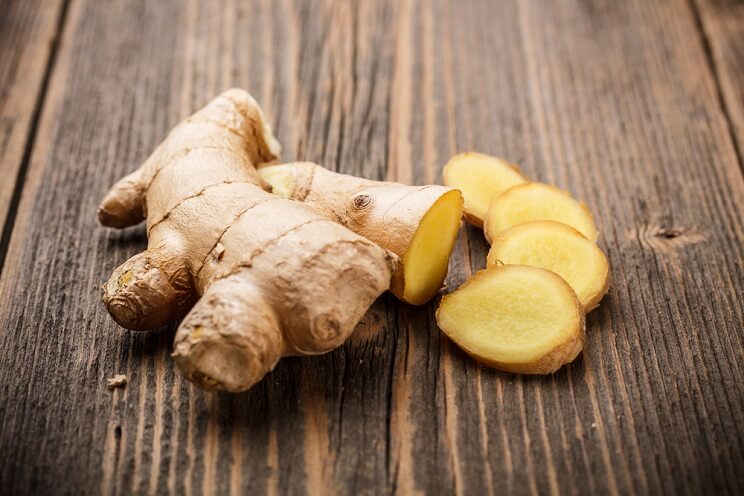 Not only is ginger an excellent remedy for the nausea and stomach upset you might feel when fighting a virus, but it also wages war against the virus itself. It does this by blocking the attachment of viruses to areas that are commonly infected first, like your airways (12).

Keep in mind that many of the studies showing ginger’s effectiveness use fresh ginger rather than dried.

Licorice root has been used for centuries in Traditional Chinese Medicine for its antiviral effects. Modern studies have caught up, and now conclude that compounds in the root called triterpenoids are extremely effective when it comes to viral immunity. It has been shown to have antiviral effects against viruses like the herpes virus, SARS, HIV, and influenza, and is being recognized as a potential broad-spectrum antiviral (13).

Cat’s claw, hailing from a woody vine in the Amazon rainforest, is another herb with spectacular antiviral properties. Specifically, cat’s claw works to supercharge your immune system, while simultaneously repairing damaged DNA and boosting your virus-fighting white blood cells (14).

Calendula, also called pot marigold, is mainly used throughout the Western world as an ornamental plant. However, calendula’s flowers have been shown to fight viruses like rhinovirus and vesicular stomatitis by reducing their multiplication (15).

Calendula, aka pot marigold, is more than just a pretty flower. It can heal infections, ulcers and ear infections!

Calendula is also recognized as a cleansing herb that helps treat chronic infections and reduces inflammation, as well as helping heal ulcers and eradicate ear infections (16).

How to Use Antiviral Herbs 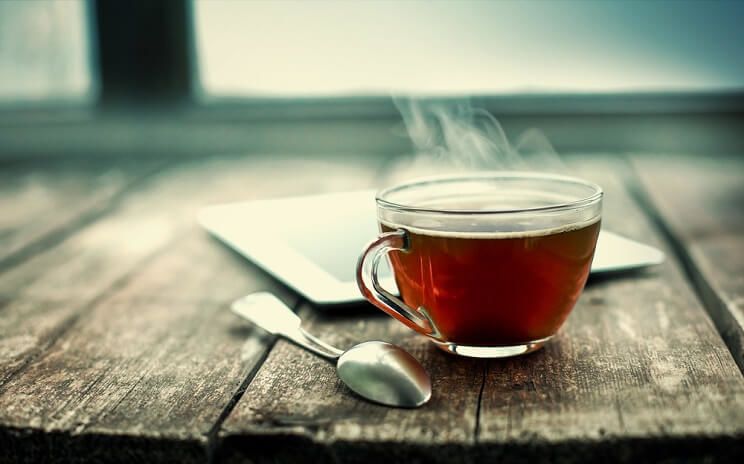 Try steeping any of these antiviral herbs into a tea. Add 1 tablespoon of your favorite herb to 1 cup of hot water, and let it steep for 10 to 15 minutes. To naturally sweeten your tea and boost its nourishing properties, add a bit of honey (we like to use 100% raw honey by Beekeeper’s Naturals).

Alternatively, you can purchase pre-packaged teas such as ginger, licorice, or elderberry.

Combine 1 to 2 drops of antiviral essential oils with a carrier oil (like coconut oil or jojoba oil), and rub them onto your chest or feet, or add 2 to 3 drops to a warm bath. 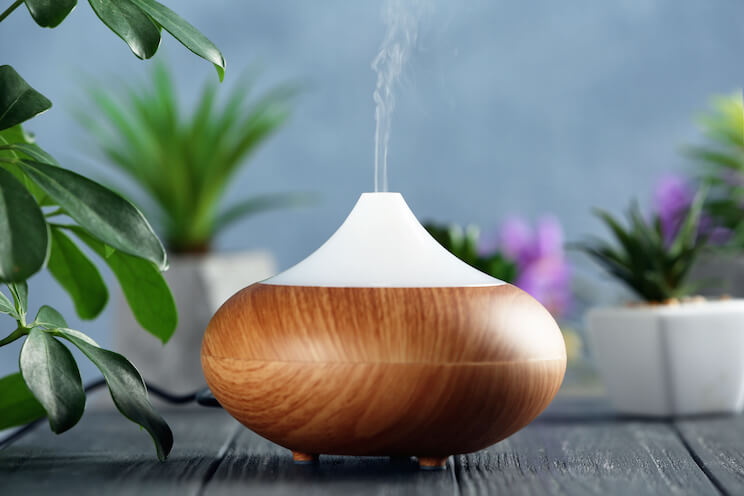 Another way to use antiviral herbs, in their essential oil form, is to add around 7 drops to an essential oil diffuser, if you have one.

Alternatively, you can make an antiviral steam treatment by adding an oil to just-boiled water and inhaling the steam. This method is great for head colds and upper respiratory viruses.

If you’re short on time, purchasing these antiviral herbs in supplement form might be your next best option. Many of these can be found in your local heath food shop in standalone capsules, or in combination as part of an antiviral blend. 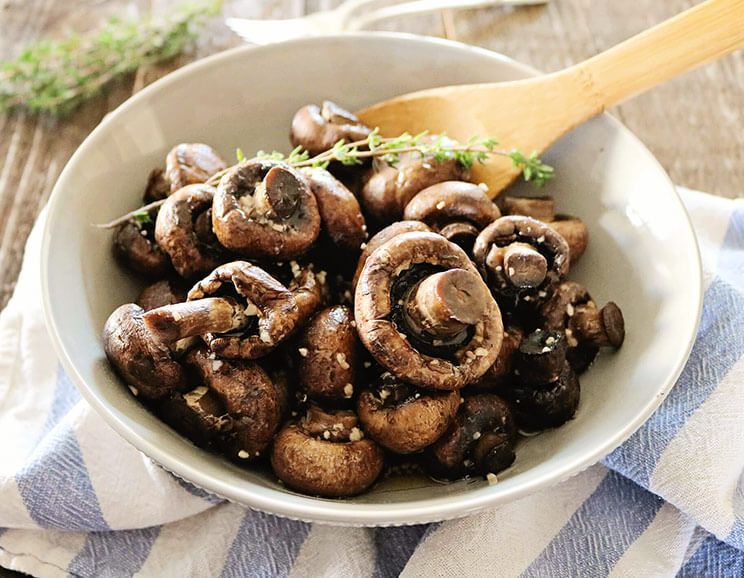 While it may be tempting to down as many antiviral herbs as you can to get rid of your virus, keep in mind that while most have little to no negative side effects to date, that doesn’t mean that you should take an unreasonable amount. Use them, but avoid going overboard. And as always, consult with your doctor first, especially if you are pregnant or taking other medications.

(Read This Next: How to Grow Your Own Indoor Herb Garden)