17 Pancake Recipes Worth Waking Up For

Getting out of bed just got a whole lot easier thanks to these Paleo-approved pancake recipes.

Though pancakes may take a bit longer than a typical egg breakfast, they are always SO worth it, especially when they’re chocolate-apple-honey-cinnamon-lemon flavored.

Whether you’re a fan of sweet hotcakes or protein-fueled flapjacks, this list of pancake recipes has something for everyone, and will absolutely get you excited to wake up and eat breakfast in the morning! 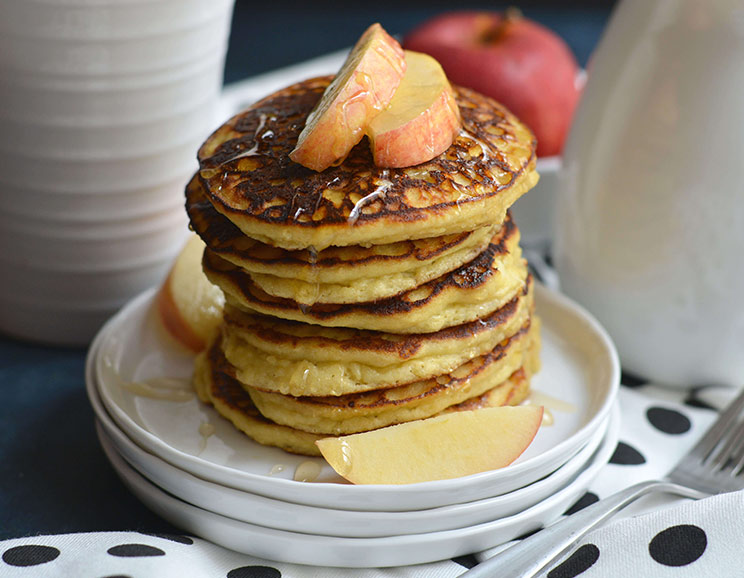 Start your day with a stack of fluffy applesauce pancakes made with only five ingredients! These healthy and nutritious pancakes are made with almond flour, and they’re guaranteed to keep you full all morning. 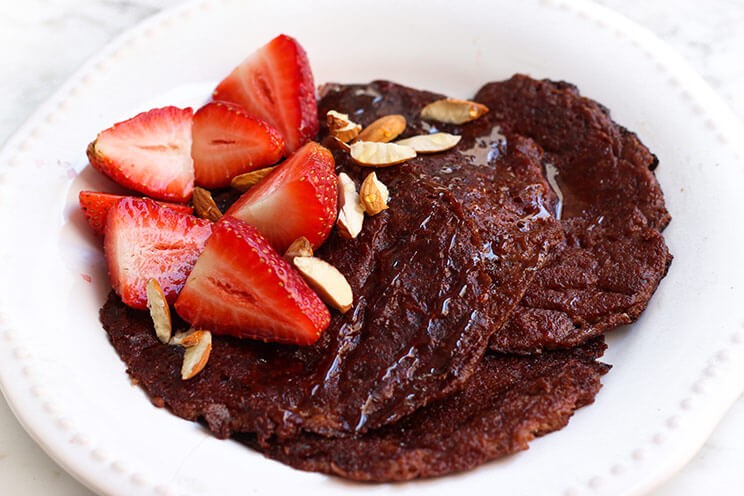 Whip up these chocolatey protein pancakes filled with collagen for an energy-fueled start to your morning. 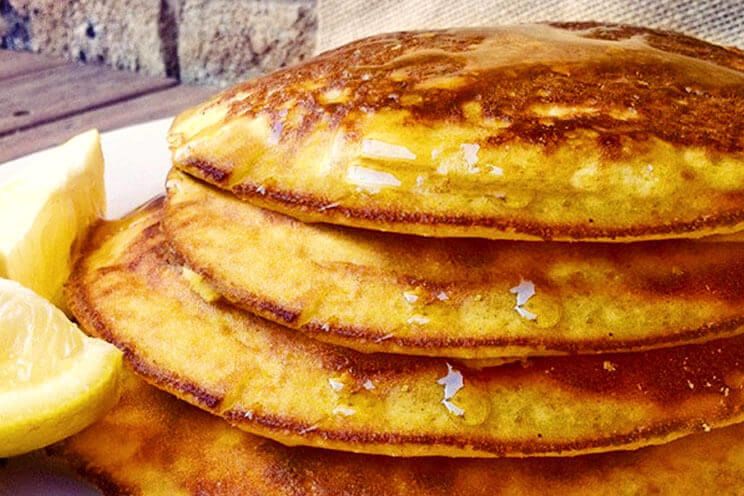 Honey and lemon make for one of the most refreshing pancake recipes. Sub the traditional maple syrup drizzle for honey instead – your tastebuds will be pleasantly surprised! 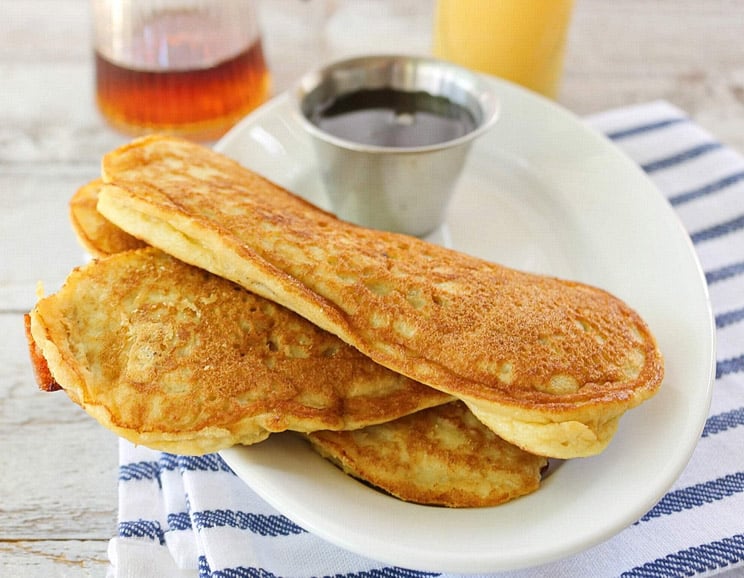 These handheld coconut bacon pancakes are filled with crispy strips of bacon – perfect for dunking in maple syrup. 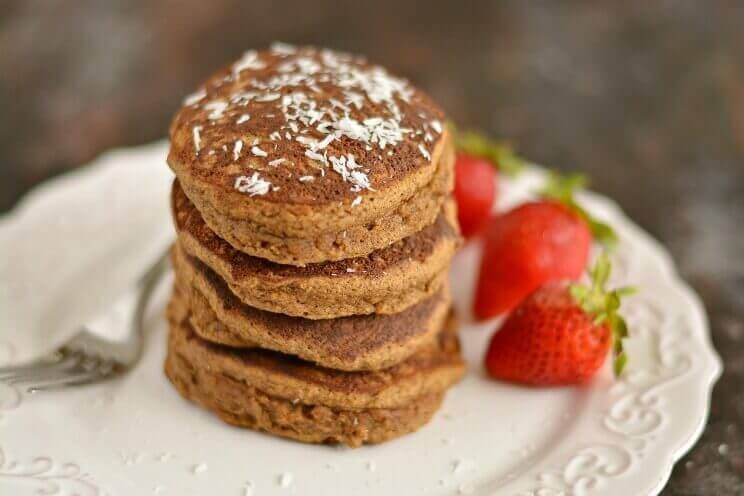 If apple cinnamon flavored anything is your cup of tea, you’re going to swoon over these pancakes. Top ‘em with maple syrup and extra cinnamon and you’re good to go. 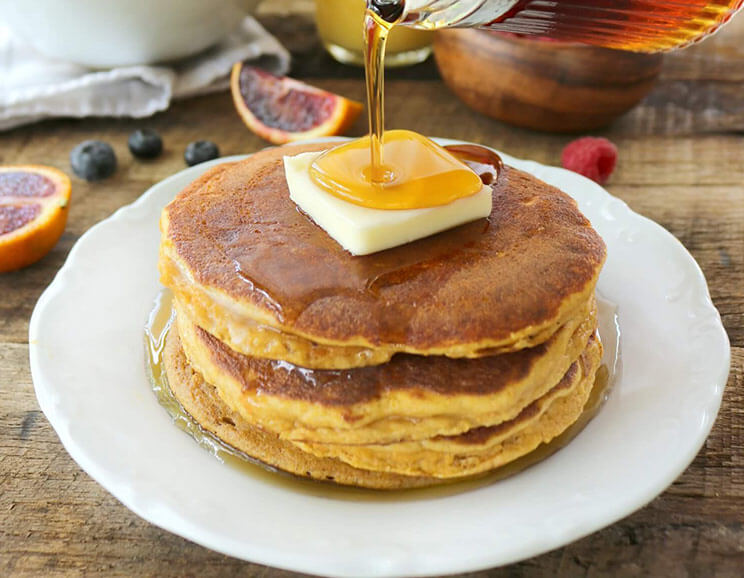 Fluffy and spiced, these sweet potato pancakes are just waiting to be smothered in grass-fed butter and maple syrup! The perfect pancake is fluffy and moist, ready to be piled high and devoured. 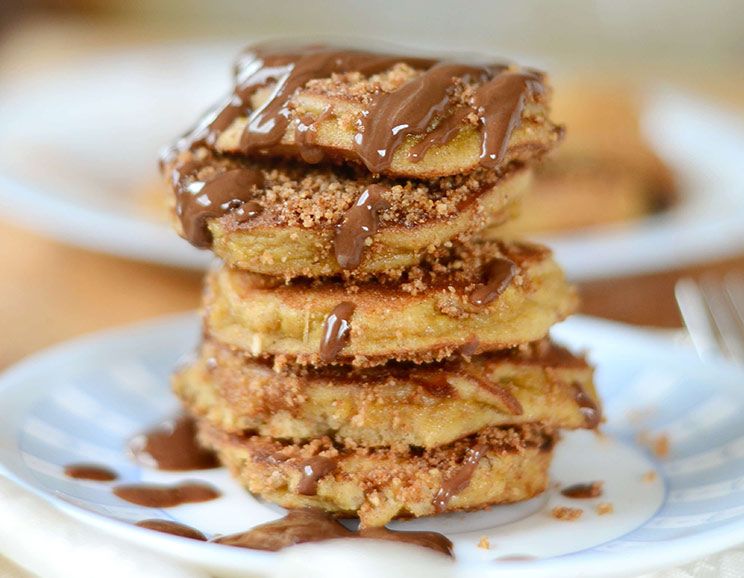 Want a fun, creative breakfast that kids will love? Try these high-fiber churro pancakes. This recipe is a throwback to those days, but gives traditional pancakes an upgrade with Paleo-friendly ingredients and a churro-inspired twist! 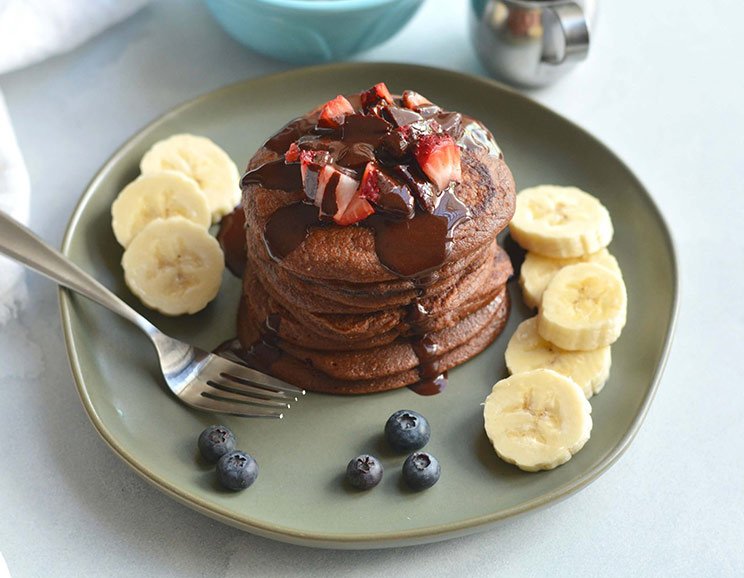 Many Paleo pancake recipes use gluten-free flours, but in this very tasty variation we’re not going to include any flour at all. We’ll be relying on the emulsifying properties of the eggs combined with the rich, gloopy thickness of the nut butter to bind everything together, and I think you’ll be pleasantly surprised by how well these pancakes hold up. 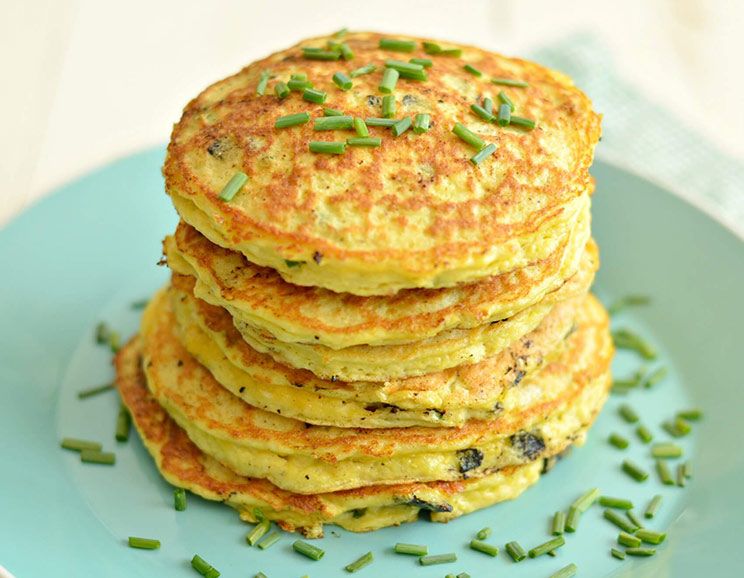 Jumpstart your morning with savory zucchini pancakes filled with bites of crunchy bacon and fresh chives! These pancakes are the next batch of goodness you need to whip up in your kitchen. 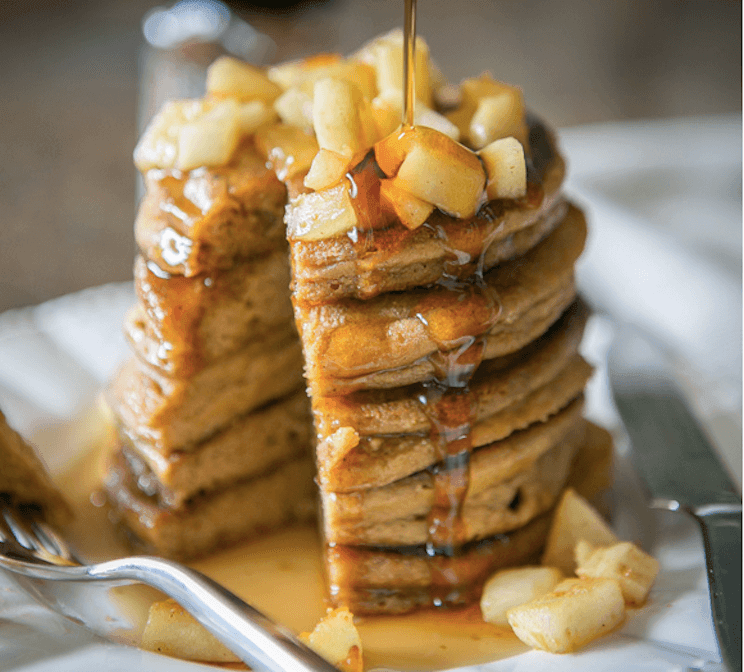 Almonds are always a great way to integrate protein into any meal. Almonds come in two forms in this recipe: almond flour and almond milk. Drizzle this stack with a bit of honey for a light sweetness. 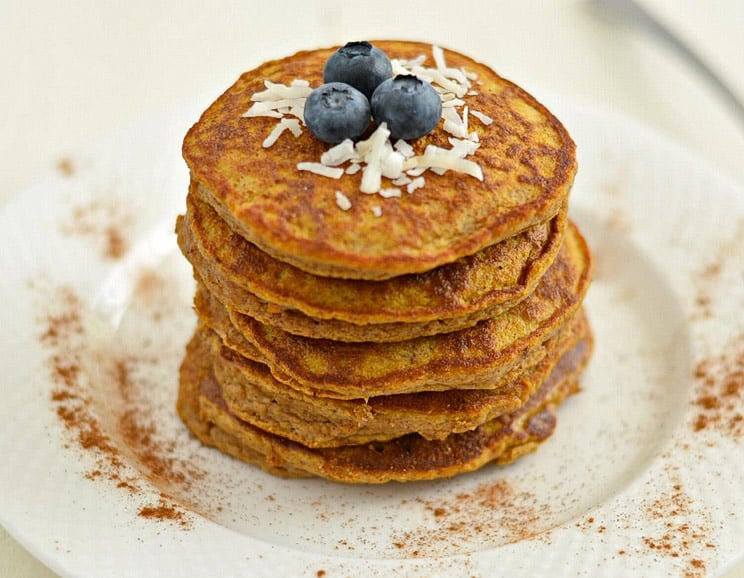 Who’s ready for pancakes? How about thick, fluffy and perfectly sweet paleo pumpkin coconut pancakes that are dairy-free, gluten-free, grain-free and delicious? 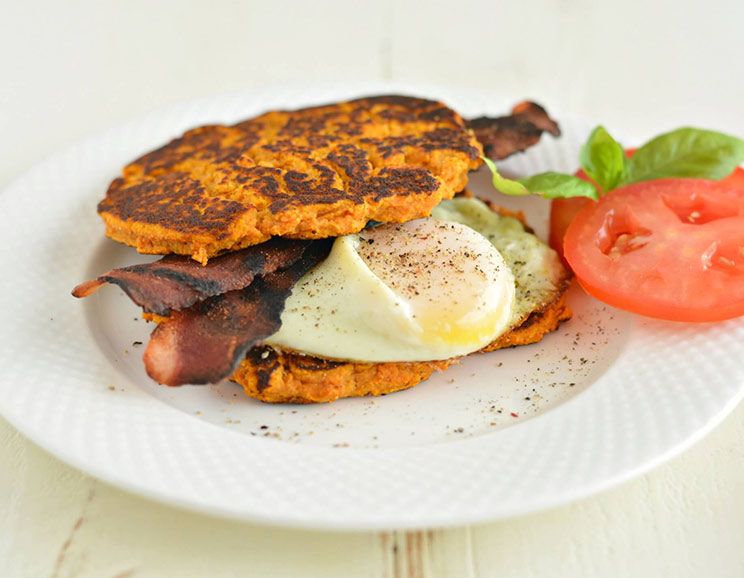 Eggs? Bacon? Pancakes? Can’t decide what to eat for breakfast? Now you can enjoy all your breakfast favorites in a savory paleo breakfast sandwich!

All the taste of your favourite cinnamon bun in pancake form. With a healthy makeover! High in protein, sugar free, gluten free, vegan, grain free and tasting like dessert for breakfast – These Cinnamon bun pancakes will become you’re new breakfast staple! 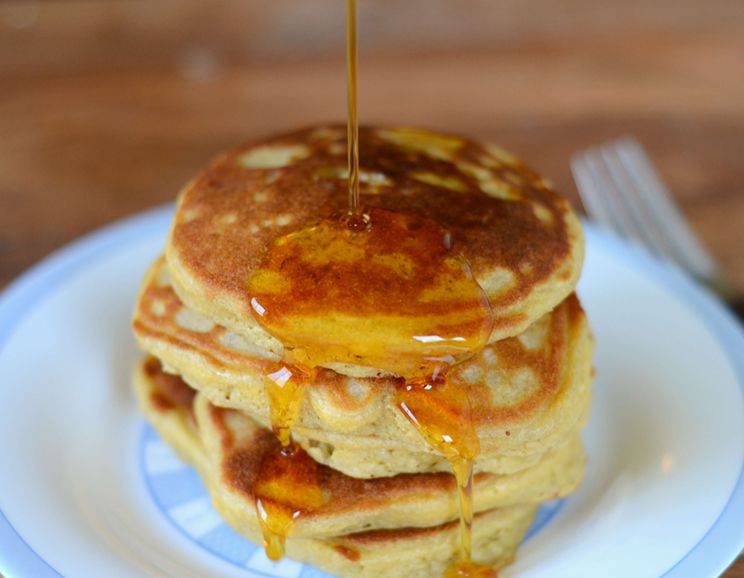 These Paleo pancakes are thick, light, and fluffy – the perfect easy and indulgent breakfast! Simple to make and immensely satisfying, pancakes range from a humble breakfast with fruit and maple syrup to an indulgent treat topped with whipped coconut cream or even ice cream! 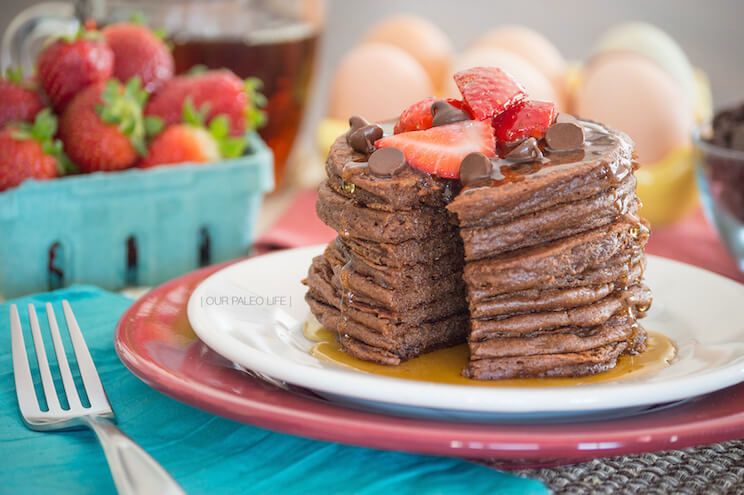 Add some protein powder, cocoa powder, and almond milk to this chocolaty breakfast! So now we’ve got a little extra boost of protein in our pancakes, and they’re chocolate with chocolate chips on top.

Still looking for the perfect coconut flour pancake recipe? Look no further! Made from coconut flour, full of coconut milk and topped with shredded coconut, these are absolutely for the coconut lover!

How to Reduce Stress with Mindfulness Meditation
Next Post: Paleo Ramen Noodle Bowl