Why Beans Can Make You Sick (& What to Eat Instead)

There are some things you just aren’t supposed to talk about at a dinner party. Some subjects are so controversial and divisive that conversations about them quickly turn ugly. You’re probably thinking of politics and religion. But if you’re eating with a bunch of Paleos, you might want to add beans to the list!

Some Paleos love them, while others avoid them completely. Plenty have given up trying to make sense of this hot-button food because there’s just so much conflicting information.

But maybe you (secretly) want to know if beans are okay to eat on a Paleo diet.

Let’s remove the mystery and get to the truth. 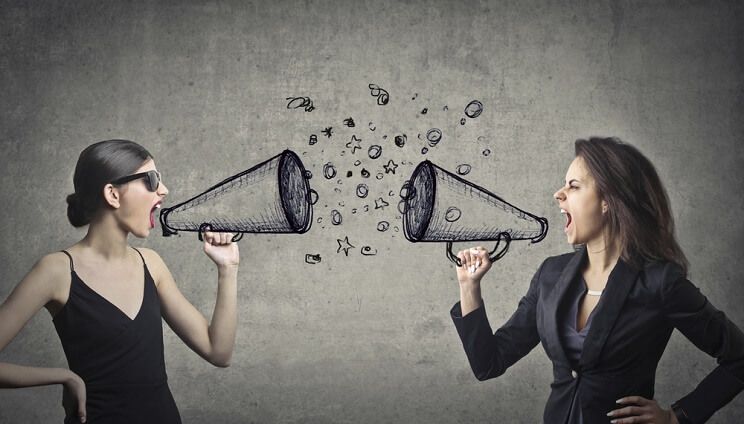 When you think of junk food, beans probably aren’t the first option that comes to mind.

Flour and sugar, sure, but beans? Aren’t they supposed to be healthy? Among mainstream nutritionists, they’re widely accepted as a great source of protein, fiber, and other nutrients. Beans are often touted as a health food—supposedly even better for you than animal products.

But the opinion on beans within the Paleo community is murky and deeply divided. A consensus might be tough to find, but there are medical facts to consider.

Some thought leaders, like Dr. Loren Cordain, argue that beans (and other legumes) are unhealthy and shouldn’t have a place in your diet (1). Yet others, like Chris Kresser, don’t see a problem with having them every now and then—as long as they’re prepared properly (2). Then there are plenty of people, like Mark Sisson, who say that beans fall into the same “gray area” as wine, dark chocolate, and dairy products (3). 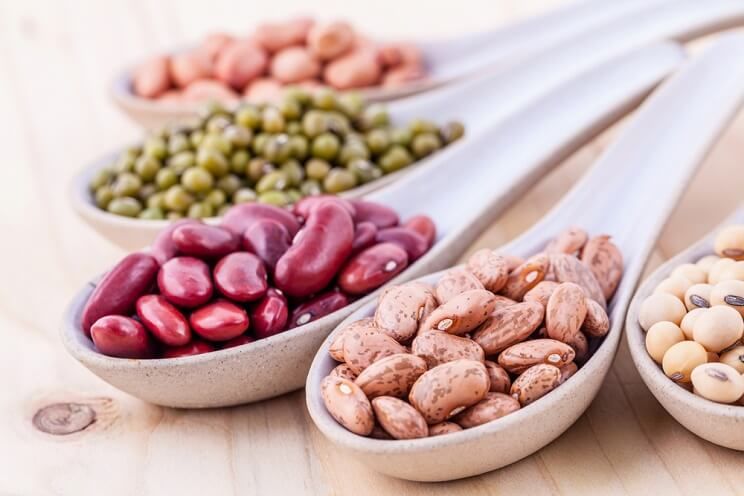 As some Paleo thought leaders point out, beans certainly aren’t the worst thing you could put on your plate.

The nutrition profile varies, depending on the specific type of bean. One cup of boiled black beans contains:

These numbers are nothing to scoff at. Beans are substantially more nutritious than eating something like flour or sugar. (4) [tweet_quote] Beans are inexpensive and can be nutritious, but meat and produce are a lot better for you. [/tweet_quote]

Beans are also very cheap, especially if you buy them uncooked. They can keep for a long time, are pretty filling, and can help ease the strain of other Paleo foods on your budget.

With all that said, beans aren’t the best thing you could eat either.

The biggest difference? Beans are less nutrient-dense than foods like meat, eggs, vegetables, and seafood (5). You can get a lot more nutritional bang for your buck if you focus on high-quality animal products and produce instead.

By sticking to the most nutrient-dense foods, you can eat the same amount of calories as beans—but with much fewer carbohydrates and more nutrients. And nutrient density isn’t the only thing to think about… 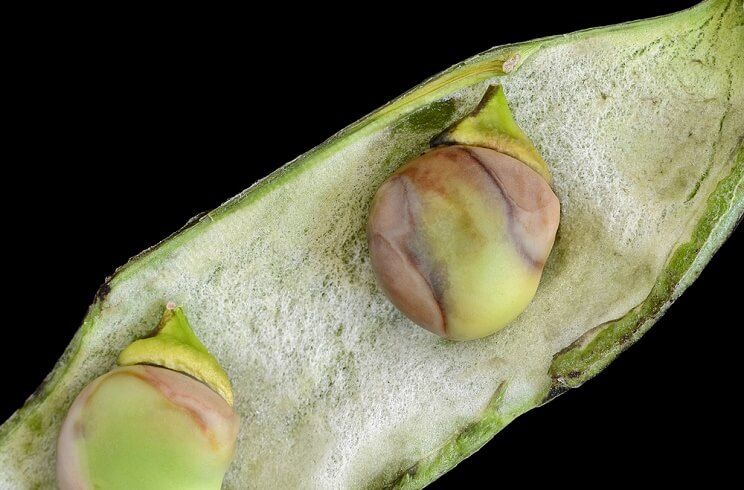 One of the most common arguments against beans is that they contain various “anti-nutrients,” which can actually cause your body harm.

These anti-nutrients help protect the beans from being eaten by predators, such as insects, rodents, and birds. They also keep the beans’ reproductive systems intact (6).

The trouble is when these anti-nutrients get into the human body. They usually don’t cause issues when you eat them in small amounts. But if you’re eating beans regularly, you might end up with consequences, such as inflammation, a leaky gut, and autoimmune disorders.

Here are some of the most common anti-nutrients found in beans:

Phytates also interfere with the enzymes your body uses to digest food, including pepsin (which helps break down proteins in the stomach), amylase (which breaks down starches), and trypsin (which digests protein in the small intestine) (8).

Again, the danger is in the dose. A small amount of phytic acid every now and then isn’t going to hurt you. And you’ll actually find more of it (per unit of mass) in nuts—which is a Paleo-approved food (9)! But you’ll run into problems if you make foods rich in phytates a dietary staple.

Lectins, a protein found in beans and various other foods, can bind to cell membranes and cause serious problems.

One of the biggest threats is that they can damage your intestinal wall and make their way into your bloodstream. The tiny holes they leave behind create even more issues later on, as toxins and bacterias in your gut lining (i.e., your body’s defense against harmful substances) break through and interact with your immune system. And if that occurs regularly, the results could be aforementioned problems like chronic inflammation, digestive problems (leaky gut), and autoimmune conditions (10). [tweet_quote] Lectins damage intestinal walls, making it easy for toxins and bacteria to interact with your immune system. [/tweet_quote]

But worrying about lectins is kind of a red herring. Why? Because no one eats beans raw, and cooking them removes a good amount of their lectins. (The specific amount depends on the type of bean.) With that said, it doesn’t remove all the lectins. People tolerate them differently, so even small amounts still create problems.

Saponins are another type of anti-nutrient found in almost every legume. They’re problematic because they can punch holes in membranes that line the exterior of cells.

Eat too many saponins, and you could again end up with digestive problems and chronic inflammation, which has been linked to autoimmune conditions (12).

Beans Can Cause Serious Digestive Problems 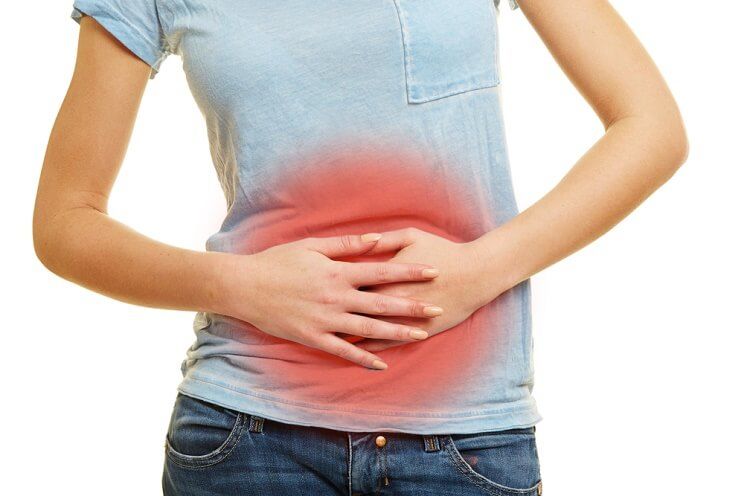 There’s a good reason why a popular children’s rhyme links beans to flatulence.

Some people can eat beans occasionally without experiencing any negative effects. But they can cause digestive issues for a lot of people. If you’ve eaten beans and dealt with gas, bloating, and heartburn as a result, I’m sure you don’t need me to elaborate any further!

Why does this happen?

Beans are Fermentable Oligo-Di-Monosaccharides and Polyols (FODMAP), which means they contain a specific type of carbohydrate that’s hard for a lot of people to handle (13). This condition can create some seriously uncomfortable digestive problems, especially if you’re already dealing with a related condition like IBS.

If you fall into this group, you’re better off avoiding beans completely and focusing on vegetables and animal proteins instead.

How to Remove Anti-Nutrients from Beans 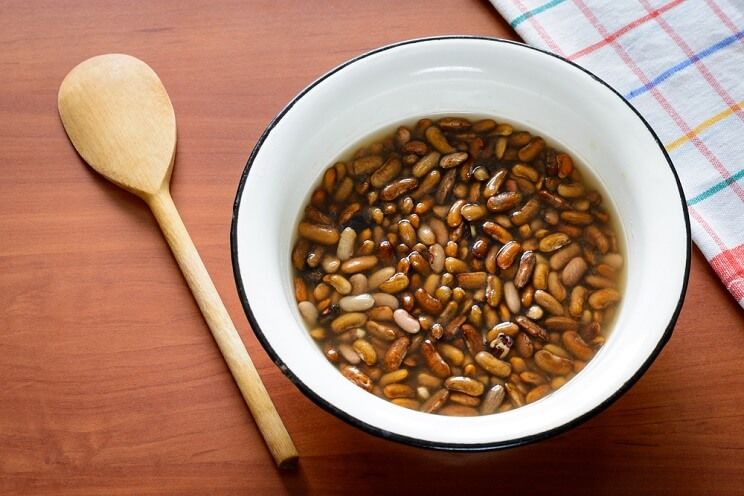 Preparing your beans in certain ways can remove anti-nutrients and make them less harmful to eat.

Soaking beans in water for a few hours can help reduce (but not eliminate) their phytic-acid content. One study found that soaking for 18 hours at room temperature (i.e., 70°F) for three hours eliminated between 30 to 70% (depending on the type of legume) of the phytic-acid content (14).

Sprouting beans has the biggest impact on phytates. The typical reduction ranges from 25 to 75%. The exact type of impact depends on the type of legume. One study found that sprouting black-eyed beans resulted in a 75% decrease of phytic acid (16).

Sprouting only has a tiny effect on reducing saponins (if any at all). A 1996 study found that sprouting both chickpeas and lentils for six days resulted in “no significant changes” in saponin content (17).

Fermentation takes longer than other preparation methods, but it can help you significantly degrade phytate and lectin content. One study found that fermenting kidney beans reduced their phytates by 85%, with a 77% reduction for soybeans and 69% decrease for mung beans (18). [tweet_quote] Fermenting beans not only reduces anti-nutrients, it also increases the amount of good nutrients. [/tweet_quote]

Fermentation can also decrease saponins. A 2014 study found that the fermentation of mung beans for 72 hours will decrease their saponin content, but increase other nutrients (19).

If you’re interested in finding out more about fermentation or other ways to prepare beans, I wrote an entire post about the topic here!

Even if you use the other preparation methods above, you still have to cook beans before eating them. No one eats them raw!

Heat is helpful because it removes lectins. One study found that cooking beans for as little as 15 minutes almost completely removed the lectin content (20).

However, it’s important to point out that heating beans doesn’t effectively reduce saponins. One study found that 85 to 100% of the original saponin levels remained—even after boiling legumes for two hours (21). 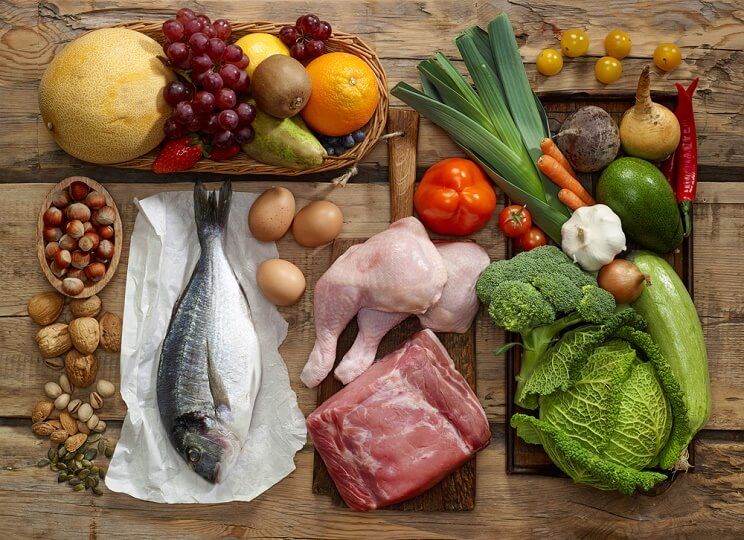 Eating beans every once in awhile probably isn’t going to hurt you—as long as they’re prepared to remove most of the anti-nutrients.

The big exceptions are if you’re dealing with any other serious digestive conditions, or if eating beans causes you gas, bloating, or heartburn. Listen to your body. Ditch the beans, and focus on fixing your digestive health.

Beans are cheap, but preparing them thoroughly can be annoying. It takes a good amount of time. You aren’t likely to find beans that have been thoroughly prepared at restaurants, so it’s not worth ordering them—due to the anti-nutrients. Instead, try swapping beans with the paleo-friendly foods below:

If you truly love the taste of beans and don’t experience any negative effects on your digestion, you can eat beans every once in awhile. Just make sure you prepare them and remove all the anti-nutrients you can. Eat them in moderation, so you don’t crowd out more nutrient-dense choices.

For the rest of us, focusing on animal proteins, vegetables, and nuts is a much simpler, tastier solution.

Beans will probably stay a hot-button topic in the Paleo community for a while.

They aren’t junk food as long as they’re prepared properly and eaten in moderation. But better choices are available (especially if you have digestive problems). Stick to a solid foundation of animal protein and produce—with a few fruits and nuts thrown in for good measure. Then you’ll give your body the nutrients it needs to thrive.

How do you feel about beans? Do you think they’re something to completely avoid, or do you feel they have a place in a healthy Paleo diet? Leave a comment below, and share your experience!

(Read This Next: How to Soak, Boil, Sprout & Ferment Beans and Other Legumes)

The Best Baba Ganoush Recipe
Next Post: How One Man Gained and Lost 76 Pounds in a Year