Inflammation is a hot topic right now, but what is it, how do you know if you have it, and why does it matter to you?

The answer is that inflammation is a very real process happening in your body all the time, which can get out of control and lead to disease.

I recently saw a patient who is a great example of how this can happen. He was a young man in his early 30s, active and fit, running a large successful company. He looked like the picture of health from the outside, but had been suffering from asthma and debilitating allergies his entire life. He had seen all the best allergists and immunologists all of whom told him to take inhaled steroids and antihistamines daily, and who assured him that he would need these drugs for the rest of his life.

When he came to see me it was clear he was inflamed. From dust to pollen to air pollution to common detergents – even a stressful event at work – practically anything triggered a major reaction from his immune system that included symptoms like congestion, hives, and asthma attacks.

We call this a “hypersensitivity” of the immune system and we now know that it is often caused by a phenomenon called “leaky gut,” also known as intestinal permeability, where the single cell layer that lines the intestines becomes damaged over time. Things that cause this damage include eating certain foods, over-the-counter and prescription drugs like antibiotics, and chronic stress, all of which disturb both the ecosystem of helpful bacteria that live in your gut, and the complex barrier of your gut wall, which is designed to perfectly separate you from the outside world that comes in through your mouth.

Do you struggle with bloating, gas, constipation, or other digestive issues? We’ve created a FREE guide to healing your gut naturally. Click here to get your copy!

When the digestive system’s lining doesn’t work properly, and the trillions of bacteria that live in the digestive system and help repair and regulate that lining are disturbed, then sometimes large proteins, harmful bacterial products, and other toxins that are meant to stay in the digestive tract get through the “wall,” leading to the activation of the specialized immune system that lives in the gut – which accounts for nearly 70% of the immune power in your entire body.

When the gut immune system is activated chronically, the whole body’s immune system gets involved, doing it’s regular job of producing inflammation but then often overdoing it, leading to the kinds of symptoms my patient had, other symptoms as varied as acne, arthritis, and headaches, and even serious autoimmune diseases.

How do you fix it? 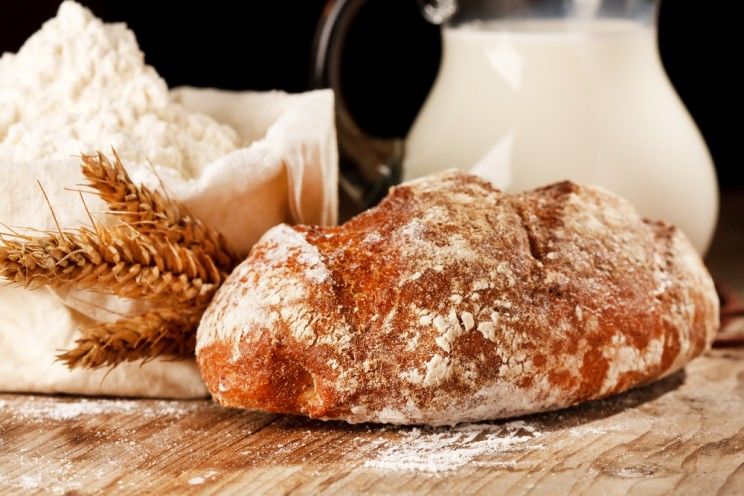 We started by putting my patient on an elimination diet, which meant taking away commonly inflammatory foods that tend to activate the immune system, like gluten, dairy, sugar, and alcohol. We also gave him probiotics to help create a healthier climate for his immune system in his intestines and we gave him anti-microbial herbs to help more permanently shift the bacterial population in his digestive system to one that does its job of protecting the lining and directing the immune system.

We also gave him a hypoallergenic protein shake packed with nutrients that helped support his body’s natural repair mechanisms, and that contained L-glutamine, which is healing fuel for the damaged cell layer lining his digestive tract. And we gave him a fish oil supplement, because Omega 3 fatty acids help stop the inflammation cascade.

Finally we tested his Vitamin D level, which was precipitously low, and started him on 5000 IU of Vitamin D daily. Vitamin D is interesting because it works like a hormone in the body regulating not just calcium absorption but also inflammation levels.

After only four days on this program my patient’s allergies and his asthma were gone, and three months later he feels great, has none of his old symptoms, and is on no medications. 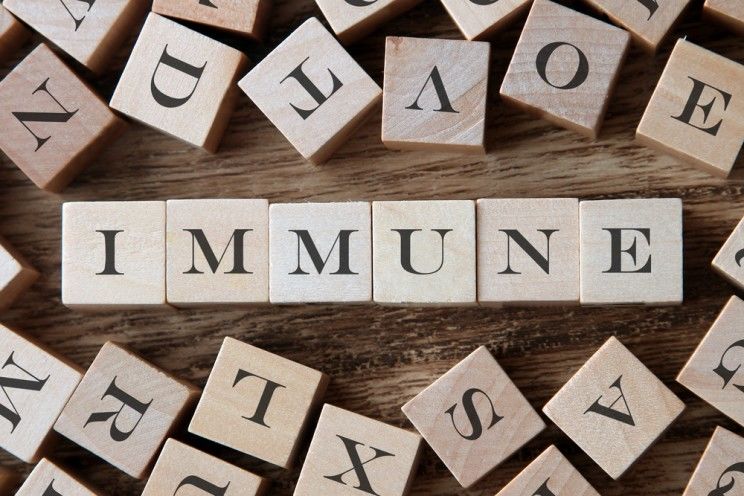 What happened was that we removed the triggers that had been causing his immune system to over-react to the world for years and healed the damaged lining of of his gut, effectively turning off the tap of inflammation that had been driving his disease. Instead of trying to suppress his symptoms with drugs that did nothing to fix the underlying issue, we got to the root cause of the problem.

By calming his immune system we cleared his system of inflammation, not only ending the vicious cycle of immune hyperactivity, but also allowing his body to heal, his digestion to regulate, and his energy level to increase. His mood even improved.

So, what is inflammation? 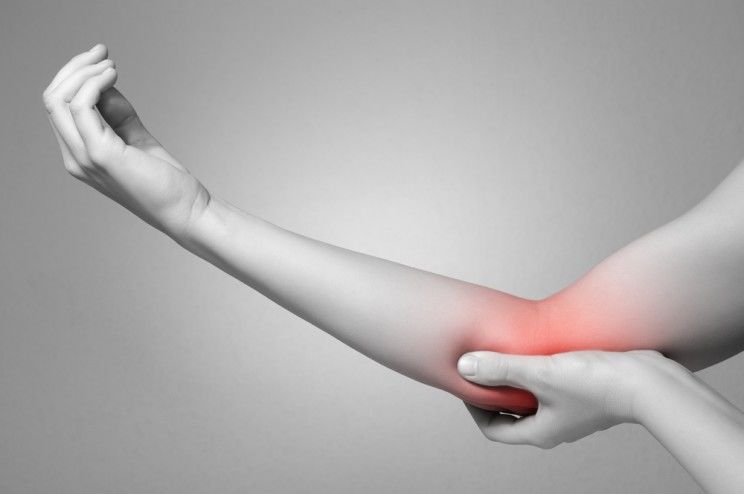 Inflammation is a natural process that you need to survive. When your immune system confronts what it perceives to be an intruder – whether it’s a virus, bacteria, a toxin, or a food – it turns on the inflammatory pathway in order to get rid of the intruder and to clean up the damage caused by the fight.

This pathway starts with flooding the affected part of your body with chemical messengers. These messengers bring in white blood cells that fight kill and engulf intruders, by causing localized small blood vessel leakage so that liquid rich with anti-pathogenic proteins called antibodies can get to the battle field, and by inducing repair proteins and cells to come clean up the collateral damage.

For example, when you get a cut on your arm and harmful bacteria enter the skin, the swelling, redness and pain that you experience are the result of the inflammatory process killing the bugs and repairing the wound.

If this process didn’t work all the time in ways both subtle and obvious you would die. But, this process is meant to stay local both in terms of physical place and in terms of time. You want the inflammation just at the site of the cut, or turn on temporarily when you have to fight off a virus. But you don’t want it on all the time, creating the equivalent of swelling, redness, pain, heat, and ongoing battles and damage control all over your body constantly. [tweet_quote] When inflammation is widespread and chronic it leads to organ dysfunction and ultimately disease. [/tweet_quote]

Inflammation is now believed to be the common denominator for many chronic diseases that are rampant today including diabetes, heart disease, asthma, cancer, autoimmune diseases like Psoriasis, and even Alzheimer’s disease, which some people are calling “Type 3 diabetes.” Inflammation has also been shown to speed up the aging process by changing your DNA.

Where is all this inflammation coming from and how do we stop it? 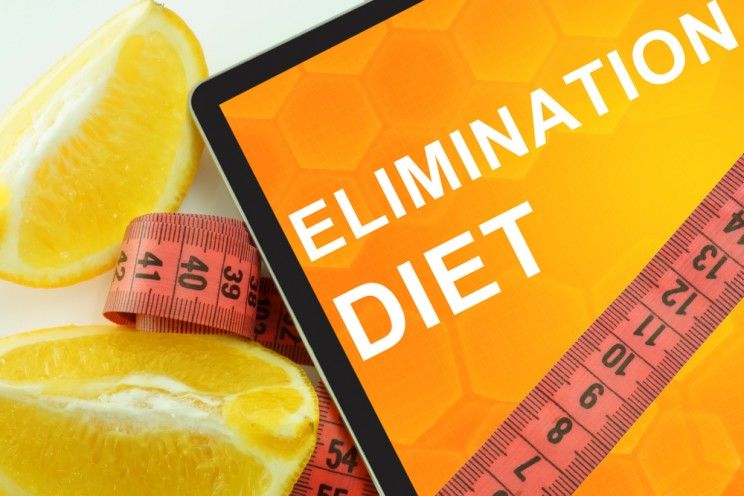 Inflammation is often caused by the same things that were trouble for my patient – all the things that cause leaky gut and cause the immune system to turn on it’s inflammatory healing process chronically.

Though controversial, gluten, a large protein in wheat and wheat related plants that many people appear to have sensitivity to even if they do not have Celiac disease, is a common trigger. Dairy is also a problem, because many people are sensitive to casein and whey, two of the proteins it contains.

Sugar is a major cause of inflammation and underpins problems as diverse as diabetes, high cholesterol, and hormone dysfunction. The average American eats 150 pounds of sugar each year and refined sugar is added to over 80% of all packaged food products in the US. [tweet_quote] We are literally killing ourselves with sugar that is often hidden in the processed foods we eat. [/tweet_quote]

Other causes of inflammation include exposure to toxins including alcohol, and prescription and over the counter drugs. And as we saw above, stress is also a significant cause.

The good news is that leaky gut and chronic inflammation can be healed and eliminated by changing your diet and your lifestyle.

Here is my 6-step guide to eliminate inflammation and avoiding a lifetime of chronic illness.

1. Do an Elimination Diet for 21 Days

Cut out gluten, dairy, sugar – including soda, processed and packaged foods, and alcohol. The 21 day mark is important because it takes at least 21 days for your immune system to fully turn off it’s reaction to an intruder it has seen, so you won’t fully know what life is like without the foods you eliminated until you get to that point.

Support your elimination diet with specific supplements like the ones I use in my practice. Be careful of supplements you buy over the counter – many have found to be counterfeit or contaminated. It is best to work with a licensed health practitioner who has access to tested reliably therapeutic supplements. The top supplements I typically recommend taking to lower inflammation are:

Replace your old way of eating with what I call a “Plant Based Paleo” approach. The following is a breakdown of what kinds of foods I mean.

Avoid medications like NSAIDs (aka ibuprofen) and antibiotics unless absolutely necessary. These drugs are toxic to the health of your gut.

Find ways to build relaxation into your life daily to counteract the effects of the modern, always on the go lifestyle. Meditation has been shown to have all kinds of lasting effects on the nervous system, the cardiovascular system and the digestive system and helps people be more effective in their lives.

Avoid processed foods that contain refined flours and sugars by cooking your meals and eating at healthy restaurants that use organic, quality ingredients from local sources.

If you think you are suffering from the effects of inflammation, following this plan is an excellent place to start the process of unraveling your inflammatory picture, getting to the root cause of your immune system’s dysfunction, and cooling the fires of inflammation for good. 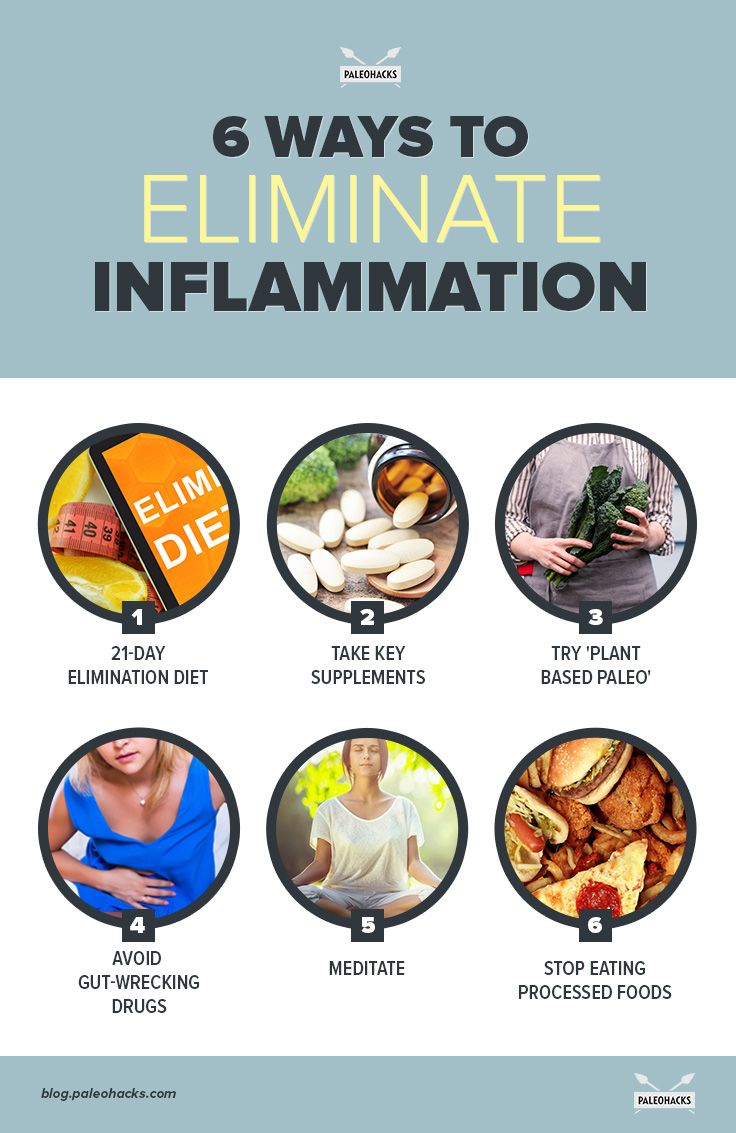 (Read This Next: The Inflammation-Depression Connection) 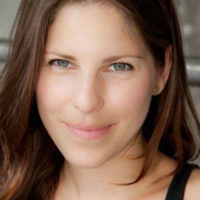 A Summa Cum Laude graduate of the University of Pennsylvania, Robin went to medical school at Columbia University -- where she co-founded the physician communication app Cureatr – and later trained in Internal Medicine at Mount Sinai Hospital. She is also a certified yoga instructor and a meditation teacher, and has formally studied Ayurveda. Robin writes for a number of leading wellness sites, and speaks regularly for organizations including the Clinton Foundation, Health 2.0, Summit, and the Functional Forum on how we can reinvent health care. To learn more about her background and philosophy, her 12-day detox program, and upcoming retreats and events, visit RobinBerzinMD.com.

2 Surprising Things You Can Do With Honey
Next Post: How To Stay Paleo Anywhere & Everywhere – With Abel James