Add a new spin to a campfire classic with this creamy s’mores pie that’s completely gluten-free!

Cozy up to this decadent treat for a recipe you don’t even need to leave home for. Made with four unique layers, it’s toasted to golden perfection using high-heat temperatures from your broiler. Serve it alongside you favorite hot chocolate for an indulgent night in.

For the first layer, we use a combination of toasted almond flour, cinnamon, salt, coconut oil, and maple syrup to create a grain-free graham cracker crust. It then gets topped with a second layer of dark chocolate (filled with plenty of antioxidants) and a third layer of creamy almond butter filling.

For the final layer, we prepare a meringue topping made with whipped egg whites and cream of tartar. The key is to first whip the egg whites into stiff peaks for at least five minutes using an electric mixer. You’ll then lift the whisk out and flip it over to ensure the mixture stands straight up (like a mountain peak), before mixing in your cream of tartar. 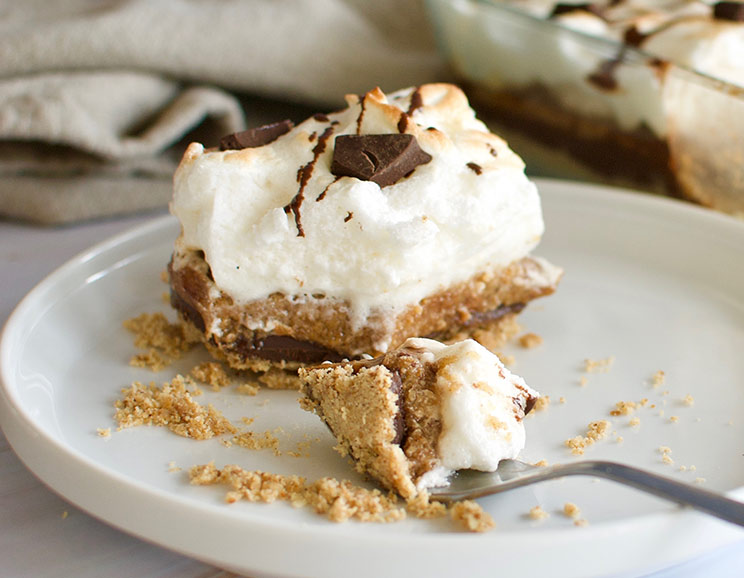 How To Achieve A Campfire Brûlée

To brûlée the marshmallowy meringue on top, set your oven to high broil and place the layered pie on the highest baking rack near the top. This is to ensure your pie is as close to the heat source as possible.

You’ll also want to keep a watchful eye on it while it’s broiling, since the meringue can go from beautifully brûléed to completely charred in no time. Once it starts to brown, remove it immediately and top it all off with dark chocolate drizzle on top.

Helpful Tips To Get Started: 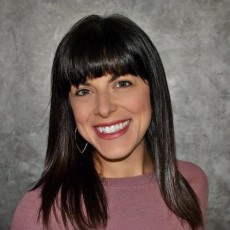 For the Almond Flour Crust:

For the Chocolate Layer:

For the Almond Butter Filling:

For the Whipped Meringue: 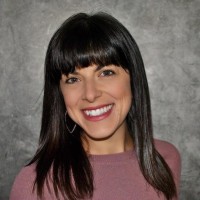 Danielle Moore is the founder and official eater at Sunday Bacon Kitchen, a full service culinary consulting firm inspired by her five year old’s love of bacon on Sunday mornings.