10 Ways Apple Cider Vinegar Boosts Gut Health (Plus: 5 Tasty Ways to Use It)

Raise a glass of ACV! Here’s how to use apple cider vinegar to help soothe your stomach.

Fortunately, apple cider vinegar might be one of the best natural remedies you can get your hands on. Raw apple cider vinegar, in particular, can help improve your digestion, leading to clearer skin, better nutrient absorption, and even a stronger detox system.

Love apple cider vinegar? Boost your digestion and lose weight with our Apple Cider Vinegar handbook!
Click here to get your FREE copy of our ACV Guide!

Here’s how to use apple cider vinegar in order to feel your absolute best.

What is Apple Cider Vinegar?

Apple cider vinegar is made using a two-step process. The first step involves adding yeast to apple juice. The sugars are then broken down and turned into alcohol.

Next, beneficial bacteria are added to the alcohol solution to further enhance the fermentation process. This creates a cloudy substance of acetic acid known as “the mother”, and holds all of the probiotic and enzymatic properties that aid in gut health.

Keep in mind that most apple cider vinegar filters out the mother, and does not contain these gut-healing properties. If the vinegar is clear like apple juice, it’s probably not raw. When using ACV for gut health, make sure that you purchase the raw kind, like Bragg’s brand. 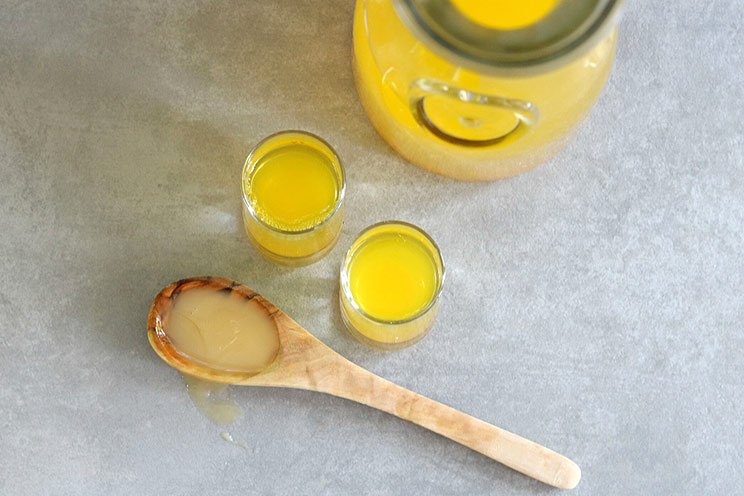 If you regularly combat belly bloat, apple cider vinegar can relieve some of that discomfort. That’s because ACV helps boost stomach acid which can be beneficial for those who don’t make enough for proper digestion. Having enough stomach acid plays an important role in helping to break down food. (2) When your digestion runs smoothly, you’ll experience less bloating.

Apple cider vinegar may play an important role in boosting nutrient absorption, especially in the absorption of calcium. An animal study found that dietary vinegar boosted intestinal calcium absorption due to the acetic acid content. (6) Add a drizzle of raw apple cider vinegar to calcium-rich foods like broccoli or salads with sliced almonds to improve your body’s ability to absorb those nutrients.

If you suffer from frequent yeast infections or candida overgrowth, apple cider vinegar could be a lifesaver. Raw ACV holds some impressive antimicrobial and antifungal health benefits and can kill the infection at its source. (7)

Despite the fact that raw apple cider vinegar is considered acidic, it has an alkalizing effect on the body due to the presence of acetic acid bacteria. When you take apple cider vinegar, it can help balance the pH of your body and digestive system. Maintaining an alkaline environment in your body helps improve metabolism, boosts your immunologic response, and supports repair functions in the body, like healing the intestinal wall. (9)

Maintaining a healthy weight is an important part of supporting overall health, like reducing the likelihood of acid reflux. (10) Studies show that the acetic acid found in raw apple cider vinegar helps to reduce both body weight and triglyceride levels. (11) Try taking a little ACV each day to support a healthy weight and digestive health. 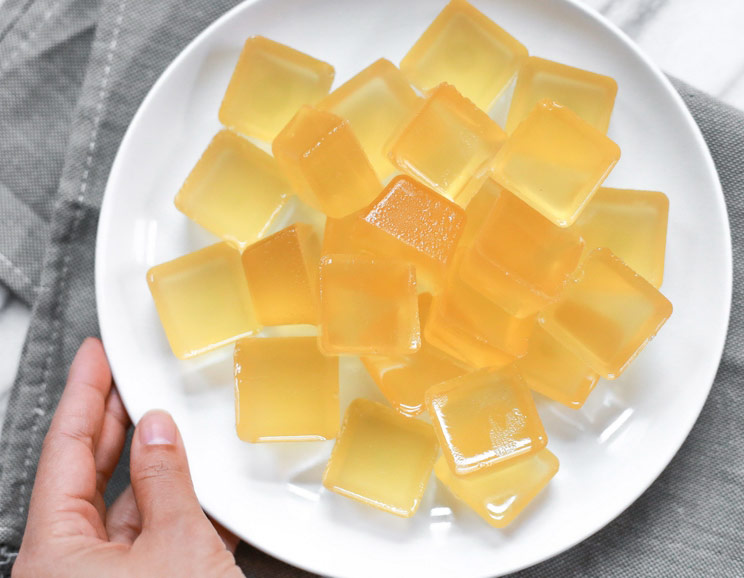 There are lots of ways you can include raw apple cider vinegar into your diet to show your gut some love. Here are five ideas to get you started.

Take a shot of this Turmeric Elixir with Apple Cider Vinegar made with turmeric and raw honey every day to fight inflammation and support digestive health.

2. Create Your Own Gummies

Get creative and make your own DIY Apple Cider Vinegar Gummies to keep your gut and immune system strong. They’re especially great for cold and flu season.

3. Blend It Up in a Smoothie

Sneak in a tablespoon of ACV into your favorite smoothie. Just make sure to not add too much, as ACV has a very tangy flavor.

4. Drizzle Over Side Dishes

5. Whisk up a Salad Dressing

Whisk ¼ cup avocado oil, with two tablespoons of raw ACV, one clove of mashed garlic, and one tablespoon of freshly chopped oregano for a gut-boosting dressing to drizzle over any salad or side.

Maintaining a healthy digestive system is key to feeling your best and your overall health. If you suffer from indigestion, IBS, or other gut issues, try adding a little raw apple cider vinegar to your diet regularly to boost your gut!

Read This Next: Give Your Gut a Break with These Easy-To-Digest Foods 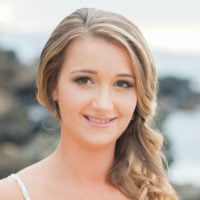 Rebecca Jacobs N.C is a Certified Holistic Nutrition Consultant, specializing in digestive and women's health. She takes a holistic approach to wellness, doesn't believe in "dieting," and believes that healthy eating must be delicious. Rebecca is also a recipe developer and creates healthy alternatives to traditionally unhealthy foods.

4 Ways Your Ovaries Impact Your Health Beyond Pregnancy
Next Post: Light and Healthy Mushroom Arugula Salad with Lemongrass Vinaigrette