What Is Gluten and Is It Bad For You?

What is gluten? Gluten is everywhere you go and everywhere you look. But if you think you’re safe from gluten affecting your health, you may want to read this first.

Your family, friends, and coworkers are talking about it. You’ve seen it on restaurant menus and grocery store shelves. Flip open a page of your favorite magazine, and you’ll find a story about a celebrity going gluten-free.

What’s going on here? Are all the people ditching gluten just following the latest health trend? Not exactly. They’re on to something deeper.

Let’s talk about why. Keep reading to get the scoop on gluten… and why eliminating it from your diet is one of the best moves you can make for your health. 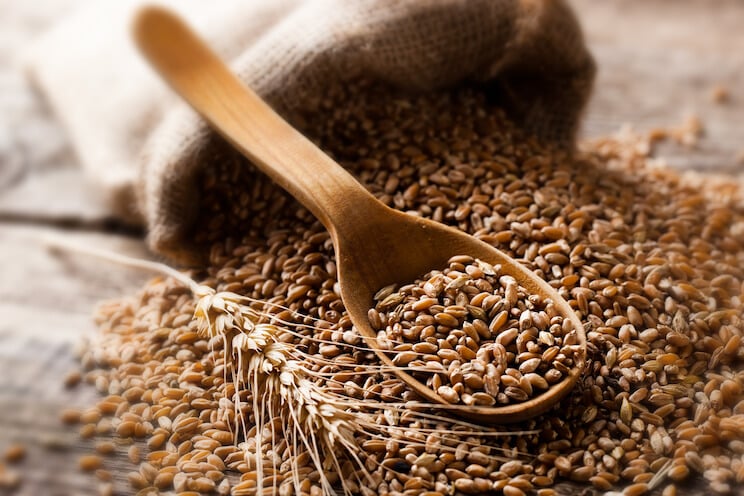 Gluten is a protein composite found in grains. Wheat is the most well-known gluten source, but you can also find it in rye, barley, spelt, and all kinds of other grains. More on those in just a bit.

Gluten is made up of two proteins: gliadin and glutenin. (1) Gliadin is the one that gives people problems after they eat it.

When you mix flour made from gluten-containing grains with water, gluten is what makes the mixture sticky. It’s what helps bread dough stretch and allows it to rise when you bake it.

That doesn’t sound so terrible, so why is gluten getting so much attention?

Why Should You Care?

Did you know that a scientific review published in the New England Journal of Medicine listed 55 diseases that can be caused by eating gluten?

It’s true. (2) There’s an incredible range of conditions – everything from fatigue and canker sores, to osteoporosis and inflammatory bowel disease – associated with eating this seemingly innocent protein.

Gluten causes trouble by making the body inflamed, resulting in effects all throughout the body. (3) This means gluten can affect your brain just as well as it can affect your joints or digestive tract. [tweet_quote]The New England Journal of Medicine listed 55 diseases that can be caused by eating gluten.[/tweet_quote]

Most people struggling with inflammation-related conditions focus on treating them at the surface level. They take medications to minimize the symptoms of the condition, but they have to keep taking these medications because they never get to the root of the problem.

If you’re struggling with a chronic health issue – or even if you feel okay – eliminating gluten can have an incredible impact on your health. The Greek physician Hippocrates said, “let food be thy medicine”. And more and more scientific research is proving he was right. It might be time to change your “prescription”.

Here are just a few ways eating gluten can jeopardize your health: 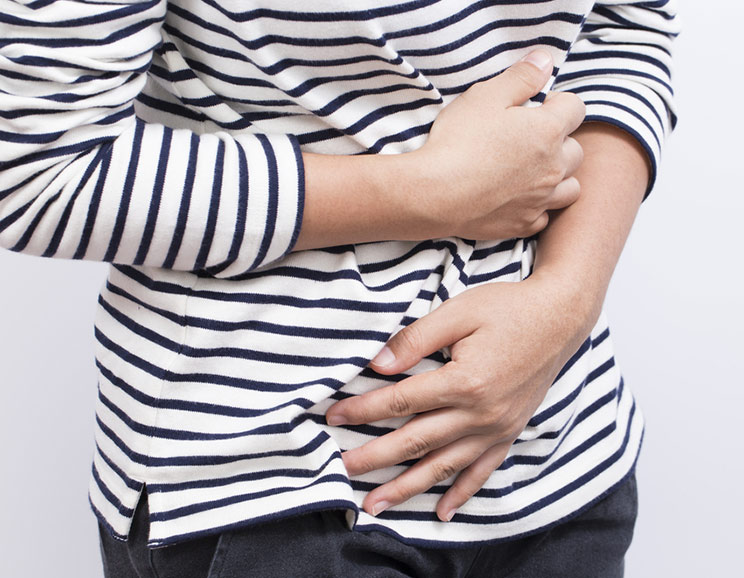 Millions of us struggle with digestive issues or “leaky gut” syndrome. The typical modern diet and lifestyle kills off beneficial gut bacteria and causes harmful gut bacteria to thrive. Once things get out of balance, we set ourselves up for all kinds of problems like autoimmune diseases, inflammatory bowel disease, chronic fatigue and depression. (4)

More and more research is coming out naming gluten as one of the major culprits here. It disrupts the barrier of the intestine, which allows harmful substances to leak through into the bloodstream. (5, 6)

About 14 percent of Americans suffer from irritable bowel syndrome (“IBS”), which causes all kinds of digestive problems. Gluten makes IBS symptoms worse and, in some cases, might cause IBS in the first place. (7)

As you’ll see more fully below, you don’t have to have an official celiac disease or gluten intolerance diagnosis to be negatively affected. The gluten in the foods you’ve been eating all your life could be behind that mysterious inflammation or digestive problem your doctor can’t figure out.

But it doesn’t stop there… 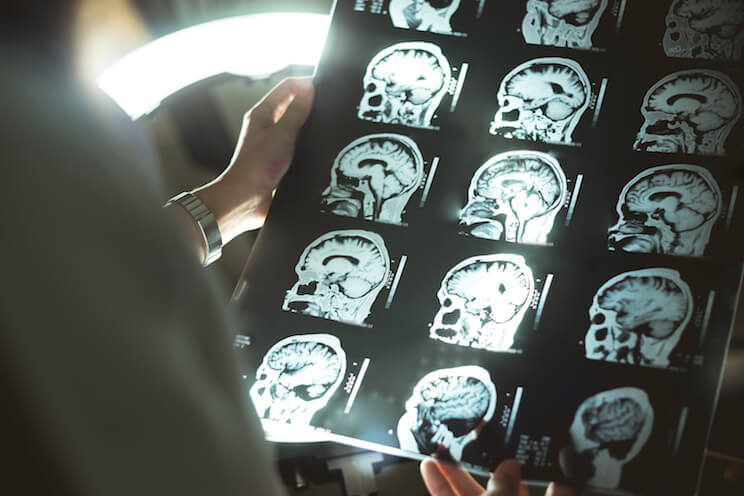 Because gluten causes your system to become inflamed, the negative effects aren’t limited to specific places in the body. Your brain can suffer just like your body can.

Did you know that gluten-free diets are one of the most popular ways parents help their children address Autism symptoms? One study found that the stricter autistic children stuck to a gluten-free diet, the more their physiological symptoms and social behaviors improved. (8) Another study discovered a subset of children with autism had an enhanced reaction to gluten. (9)

Scientists have explored the link between mental health and wheat consumption for over 50 years now. (10)  Some research found that some schizophrenia patients experienced huge improvements when they stopped eating gluten. (11) A gluten-free diet could be key in resolving long-term symptoms. It could also explain why schizophrenia is so rare in places like the Pacific Islands (where a study found only two in 65,000 people had psychotic schizophrenia symptoms). (12)

Eliminating gluten can also reduce symptoms of depression. In one case study, switching to a gluten-free diet improved a young girl’s mood and got her to stop verbalizing suicidal thoughts. (13) Another trial reported that eating gluten increased depression symptoms in groups of patients – even though they self-reported as not being sensitive to gluten. (14)

Isn’t Gluten Only an Issue If You Have Celiac Disease?

A lot of people are under that impression. Without an official diagnosis, they think the dangers of gluten just don’t apply to them.

Celiac disease is an autoimmune disorder whereby your immune system attacks the small intestine whenever you consume gluten. (15) Over time, this can lead to all kinds of health issues like fatigue, malnutrition, joint pain and depression. (16)

A Much More Widespread Problem Than We Thought

Gluten intolerance (or gluten sensitivity), another disorder where you react badly to gluten, is much more common than celiac disease. Research from Australia found it’s much more widespread than experts thought: about 50 percent of the population has genetic markers linked to gluten sensitivity. (19) [tweet_quote]Even if you don’t have gluten intolerance, gluten can still cause negative effects.[/tweet_quote]

One study found that people with irritable bowel syndrome (who weren’t gluten intolerant) who ate gluten had more bloating, pain and fatigue than those who didn’t. (20)

Most of us have been eating gluten regularly for as long as we can remember. We might not even realize the damage it’s doing because we just think of the way we feel as “normal”.

Wheat itself has changed dramatically over the past few decades. Today’s wheat contains more gluten and fewer vitamins and minerals than the grains our ancestors ate, which explains why the percentage of people with celiac disease or gluten intolerance is increasing so quickly. (21, 22)

Bottom line: you don’t have to have a celiac diagnosis – or even gluten intolerance – to be affected. A lot more people are intolerant to it than previously thought, and compelling new research is supporting this. The number of people with gluten intolerance will probably keep increasing as wheat’s nutritional profile is changed.

Which Foods Have Gluten in Them? 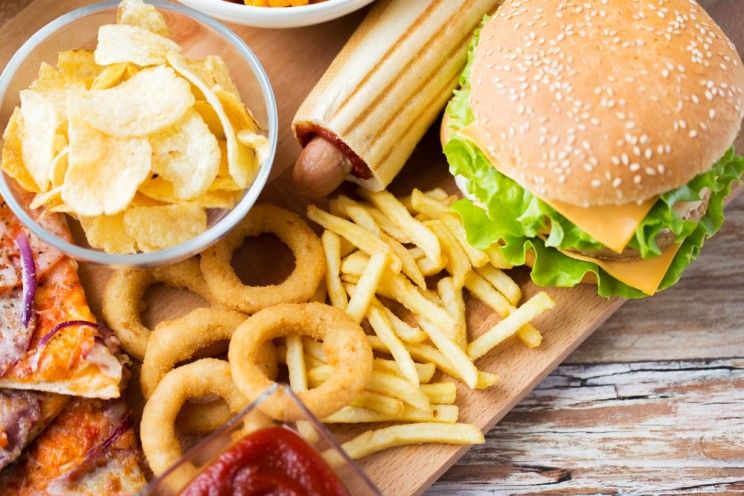 Most people don’t know just how widespread the gluten problem is. This stuff is everywhere. Gluten is in plenty of foods, of course, but you can also find it in everything from toothpaste and beverages to medications and cosmetic products, (23)

The only way to know for sure is to check your labels religiously. Better yet: avoid foods that come in packages and boxes the best you can.

Here’s a list of foods and drinks in which gluten is usually found:

What About Gluten-Free Snacks and Treats?

A 2013 survey found that about one in three Americans are trying to avoid gluten in their diets. (24) Going gluten-free is one of the most popular trends in health…

And it didn’t take long for food companies to notice. Many have changed their strategies to meet the demand. They’re creating new gluten-free versions of processed foods and emphasizing existing products which happen to be gluten-free.

Unfortunately, a lot of people are getting fooled at the grocery store. Buying something just because it’s gluten-free (or because there’s a fancy new gluten-free version), doesn’t magically make an unhealthy food healthy.

This kind of thinking leads people to buy potato chips and expensive cookies (which are still loaded with sugar) just because they don’t contain gluten. A lot of gluten-free versions are heavily processed and still junk foods. Looking at all the ingredients is the only way to be sure.

You’re better off making your own Paleo treats at home so you know exactly what’s going into your food. You’ll save money this way, too! 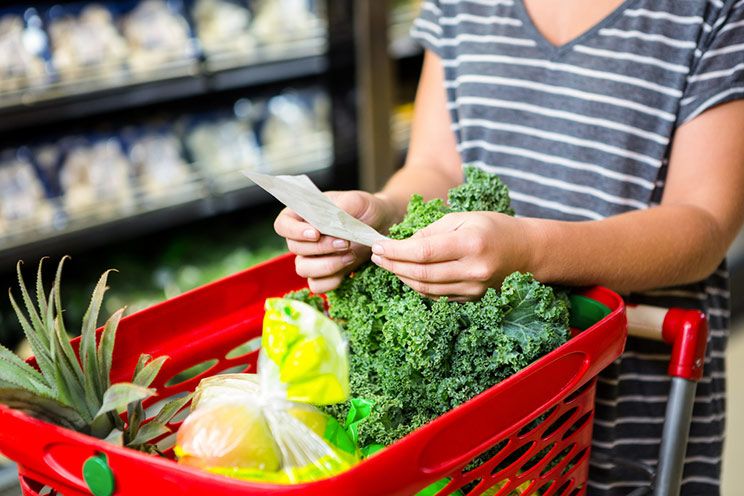 Is gluten a bad fit for you? The only way to know for sure is to eliminate it from your diet for at least a month, reintroduce it gradually, and pay attention to the effects.

Even if your body can tolerate gluten, the foods that contain it have other issues which can destroy your health. That means the upside of eating gluten is nonexistent.

What should you do instead?

Have you tried cutting gluten out of your diet? If so, what happened? Leave a comment below and share your experience.