Is Dairy Paleo? The Pros and Cons of Dairy Milk

If there was ever a way to instantly divide a group of Paleo followers with one word, it would be this: dairy.

The general stance on dairy usually falls hard on one of two sides: the first claiming that humans never truly evolved to consume dairy (and therefore aren’t fit to digest it), and the second, which argues how humans have been consuming animal milk for thousands of years without ill effects.

Interestingly, both sides appear somewhat correct when you begin to peel back their surface arguments. Roughly 75 percent of humans do have trouble digesting dairy, as we fail to produce the enzyme to digest lactose once we reach adulthood. And yet, some of the healthiest populations around the world consume goat, cow, sheep, and camel milk daily, seemingly to their benefit (1, 2).

So what gives? Is dairy a true Paleo food, or is it best avoided?

The negative aspects of the dairy most of us grew up with are nothing to laugh at. In fact, the risks of consuming standard supermarket options could be considered just as dangerous as consuming genetically engineered grains, soy, and other processed foods. 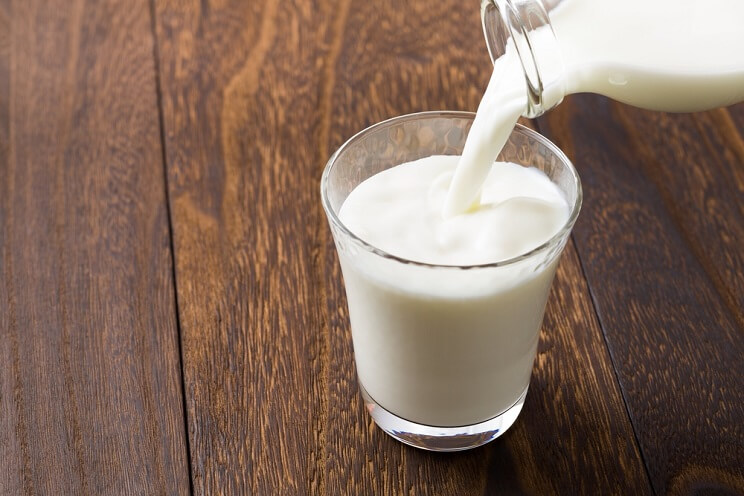 One of the biggest issues concerning commercial dairy is the presence of artificial hormones – namely recombinant bovine somatotropin (rBST or rBGH) – which have serious health consequences for both consumers and dairy cows.

RBGH, which is injected into cows to increase milk production, is a genetically engineered drug created by agriculture giant Monsanto. Along with the fact that it has never been approved for use in the EU or Canada due to health concerns, it also has several nasty side effects, such as increasing udder infections and reproductive problems in dairy cows (3, 4).

Dairy farmers react to these side effects by injecting their cows with antibiotics to prevent infections from spreading, which occur easily in cramped milking conditions (5).

Unfortunately, both rBGH and antibiotics make their way into the dairy products we consume, and have been implicated in multiple studies as carcinogenic and tumor-promoting (6). 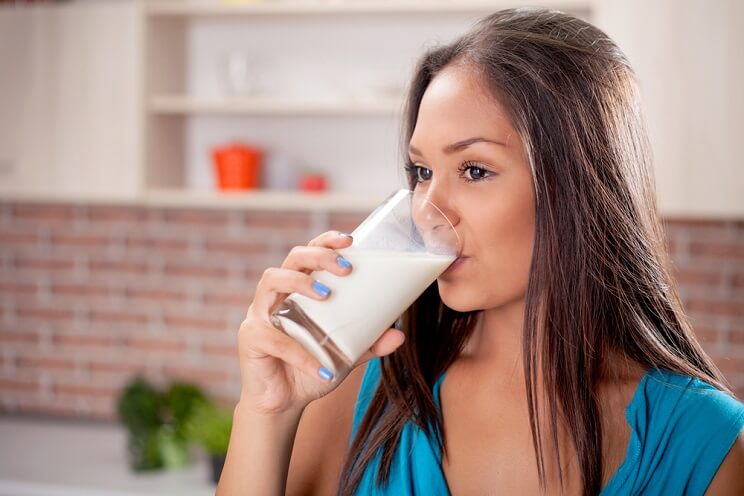 Milk and other dairy products contain an assortment of unique sugars and proteins that can be problematic for many people.

Lactose is the main sugar that can cause reactions (this is where the term lactose-intolerance comes from) due to the fact that most people lack the enzyme lactase to break it down. The result can be nausea, flatulence, bloating, and other side effects when dairy is consumed.

Along with lactose, dairy also contains casein and whey proteins, which have been shown to cause reactions in certain people. While most people do fine with isolated whey protein, casein can be problematic, causing constipation, diarrhea, and even joint pain (7).

Now, at this point you may have already made the decision to avoid dairy like the plague from here on out. However, keep in mind that most of the dangers associated with “dairy” are actually created through mass production, the addition of hormones, and unnatural processing methods.

Dairy, when raw, organic, and coming from grass-fed, antibiotic-free cows, is also rich with benefits that we’d be short-sighted to ignore.

For one, raw dairy is an excellent source of vitamins A, C, and K, B vitamins, magnesium, potassium, and calcium. It’s also a rich source of conjugated linoleic acid (CLA), which has been shown to help fight inflammation and aid in fat loss (8, 9).

It contains high doses of gut-friendly probiotics when fermented and made into yogurt and kefir (a traditional fermented milk drink). Kefir is especially great for those with dairy sensitivities or lactose intolerance, as the fermentation process essentially “eats up” the lactose sugar in milk, making it easier to digest.

The high levels of vitamin K2 in dairy (specifically full-fat cheese) has also been associated with an all-around reduced risk of cancer (10). 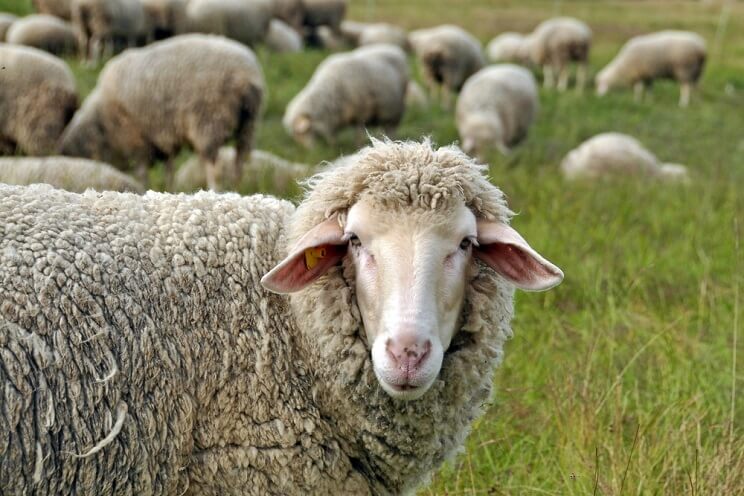 If you’re still worried you might not tolerate dairy all that well, keep in mind that goat, camel, and sheep’s milk products are another way you can cash in on the benefits of dairy while getting less of the reactive sugars and proteins found in cow’s milk.

For instance, goat’s milk contains less lactose than cow’s milk, as well as more vitamins, minerals, and fatty acids (11). Camel milk also has less lactose, as well as a whopping three times the amount of vitamin C as cow’s milk. Sheep’s milk is also similar in composition to goat’s milk, but offers higher levels of calcium and phosphorus (12).

Even though many milk-intolerant individuals report being able to tolerate raw goat, sheep, and camel milk, make sure to carefully test your tolerance anyway, as reactions can sometimes still occur. 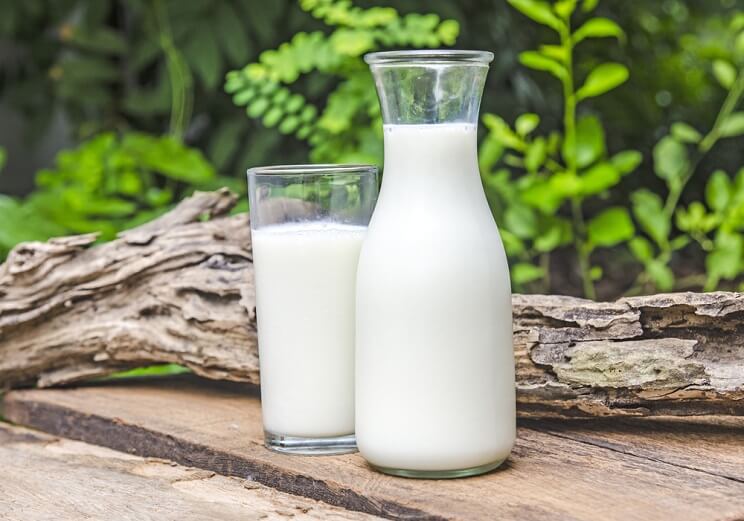 Most dairy in the U.S. undergoes pasteurization – a form of heat treatment used to destroy any lingering bacteria that might be present in the milk. While this might seem like a good thing at first glance, it actually has a severe drawback.

Unprocessed, raw milk is a whole food with live enzymes and nutrients. Specifically, it contains lactase, the enzyme responsible for breaking down the milk sugar (lactose) we spoke of earlier. Since most humans don’t produce their own lactase, its availability in raw milk helps with digestion.

Grass-fed mammals naturally produce milk rich in beneficial fatty acids like omega-3, conjugated linoleic acid (CLA), and α-linolenic acid (13). Removing these acids takes dairy from a whole food to a processed food – something we all agree is definitely not Paleo.

Studies have also shown that people with the highest milk fat biomarkers (or who consume the most dairy fat) have a reduced risk of heart attack, along with a 69 percent lower risk of cardiovascular death than those with the lowest concentrations of milk fat (14, 15). 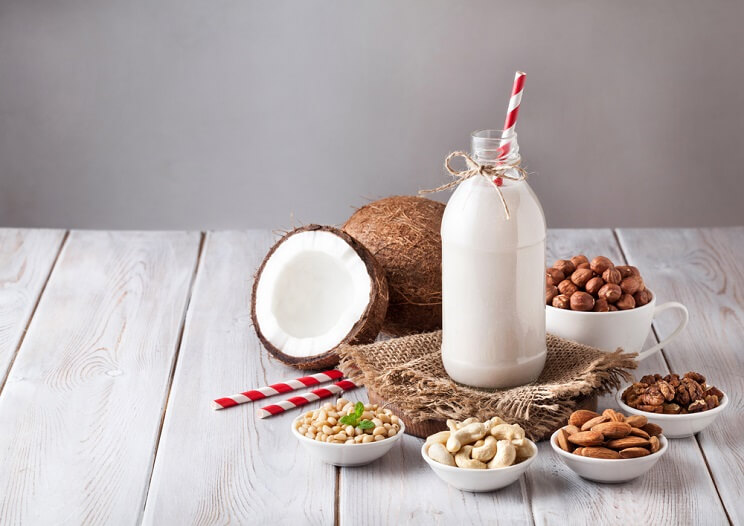 If you’re new to the Paleo lifestyle, you’re probably scratching your head in confusion as you scan the isle of nut “milks” in your local market. After all, how does a nut translate into milk?

The process is fairly simple, and involves blending any kind of nut with water to make a “milk,” then straining it to remove the nut pieces. The result is a creamy liquid very similar to regular milk that makes an amazing alternative for Paleo folks who don’t tolerate lactose or casein.

One thing to keep in mind before you buy is that almond milk will naturally taste different from hazelnut milk and so forth. Experiment a bit and find a type you enjoy. Generally, the most popular option is almond or coconut milk (not in the can), as the unsweetened versions have a very mild flavor.

Where to Find the Best Dairy Products 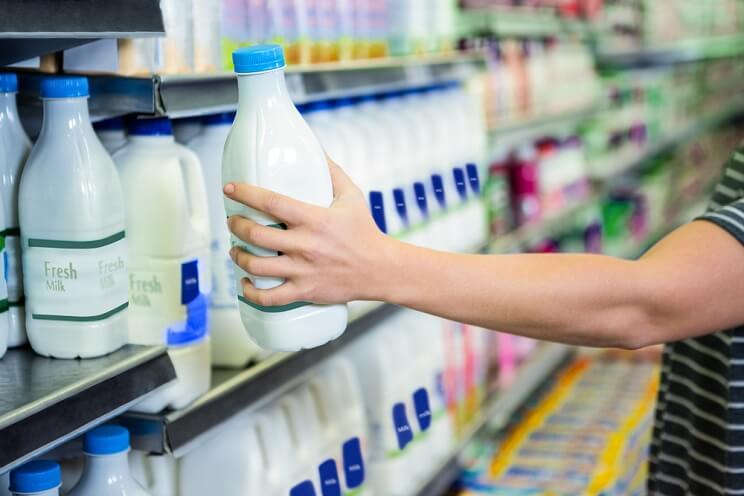 Thankfully, some health foods stores across the nation are beginning to stock raw, grass-fed dairy products on their shelves. However, consuming and/or selling raw milk in some states is still frowned upon (making it difficult to find) or even illegal.

In these situations, it’s always best to look into visiting local small farms, as many offer raw, grass-fed dairy products. They will also most likely be happy to share their practices with you, which is a great way to know exactly how your milk is getting from animal to table.

The final verdict on whether dairy is Paleo? Firstly, it depends on your definition of “dairy.” If we’re speaking about “dairy” from the gallon jugs in the supermarket that are laden with artificial hormones and antibiotics, then dairy can be firmly labeled “not Paleo.”

If we’re talking about organic, raw, grass-fed dairy free from any of the nasties mentioned above, then it becomes a question of your personal tolerance.

My recommendation would be to always begin your Paleo journey by eliminating all types of dairy (yes, even the good versions) to rule out any food sensitivities and get your system back on track. Only then should you introduce good forms of dairy, starting with perhaps ghee, kefir, or camel milk, which are easier to digest than other forms. If these work well for you and you find you feel better after introducing them, move on to raw hard cheeses and on up to raw milk.

If you don’t feel so great indulging in dairy (i.e., your stomach is threatening to wage war against you), don’t despair! Nut milks are delicious as milk alternatives and can be used in place of regular milk for just about any recipe. Not to mention, nut milk cheeses that use almonds as a base are on the rise, along with almond and coconut milk yogurts.

As you can see, with all of these options and a little self-experimentation, everyone can win in the debate over dairy. 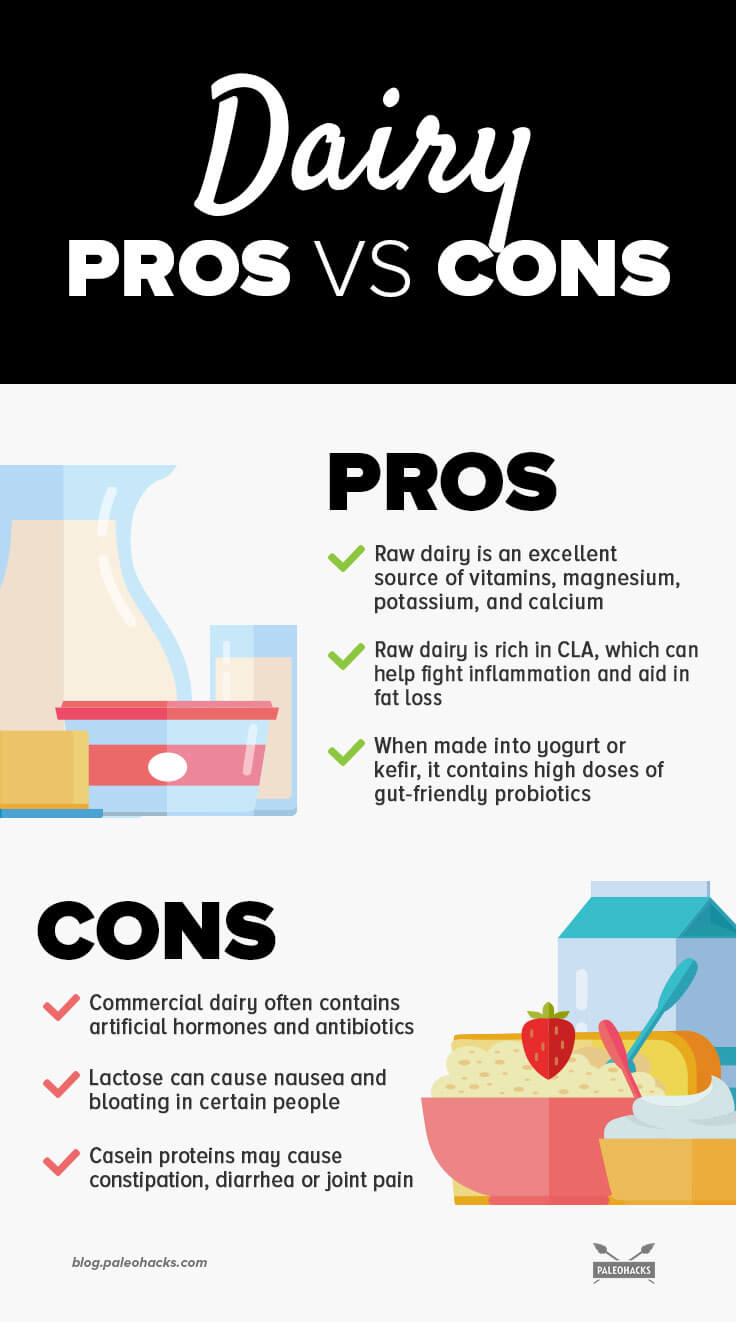 (Read This Next: Camel Milk vs Cow Milk)

10 Ways to Slow Aging Naturally
Next Post: How To Become A Master Chef In Half The Time – With Leanne Ely