Have you ever felt like alcohol has a different effect on you as you get older? Here’s why hangovers get worse as we age.

Beers at the ballgame seem to hit you harder, glasses of wine at dinner seem to make the next morning a little more difficult, and if you do decide to imbibe on a special occasion, it seems like recovery takes days.

Is alcohol harder on your system as you get older? Is this simply the inevitability of aging?

Scientists aren’t completely clear on why we get hangovers. It seems there are a number of factors that may contribute to them, and those factors can vary from person to person.

None of those states are very desirable, and the thought that hangovers get worse with age would make even the most enthusiastic imbiber dramatically shift their consumption.

Before answering the question, “Do hangovers get worse with age?” we have to re-examine why we get hangovers in the first place.

Is it dehydration? Is it a buildup of toxic byproducts of alcohol? Is it inflammation?

Let’s take a closer look and answer these questions once and for all. 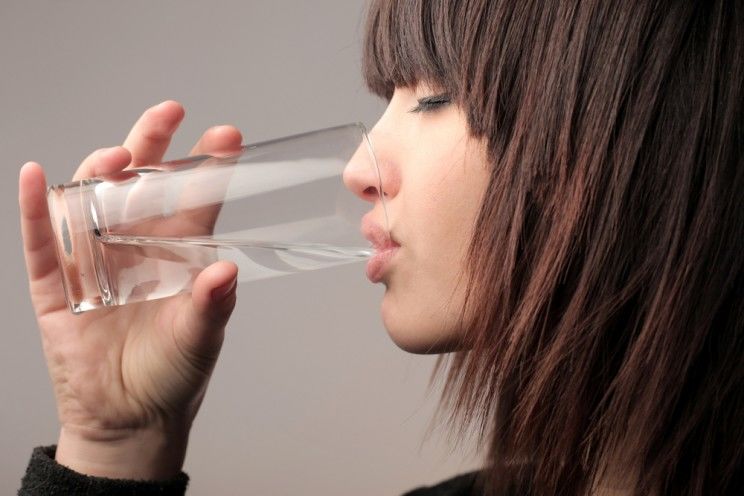 The more you drink, the more you pee. Frequent trips to the bathroom is the norm when drinking alcohol because it inhibits your body’s anti-diuretic hormone (ADH), produced by your brain and responsible for controlling hydration in your body.

Too many beers or glasses of wine and you block ADH, leading to multiple visits to the restroom.

[tweet_quote] Interestingly, as you get older, you become more susceptible to dehydration. [/tweet_quote]

As you age, you become less thirsty, your body doesn’t conserve water as efficiently, and you don’t respond to ambient changes in temperature as quickly.(1)

This seems like a logical reason as to why hangovers get worse as we age.

However, there is one major problem with this theory: dehydration doesn’t cause a hangover. (2)

While dehydration can definitely make you feel lightheaded, irritable, and confused, contrary to popular belief, it doesn’t cause hangovers. (2) It can probably make your hangover feel worse, but the science says it isn’t the root cause. 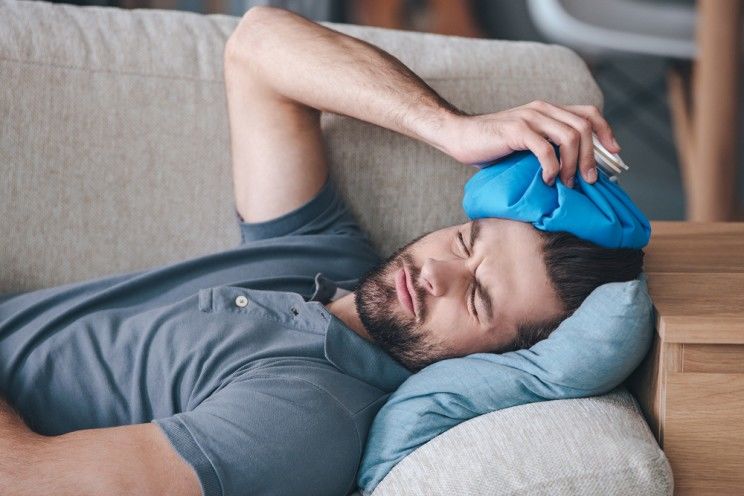 Inflammation is the primary response of your immune system to injury, infection, or trauma, and cytokines are key players in this response.

Cytokines are a group of small proteins released by your immune system in response to a bad cold, suffering a hard fall or physical injury, or when the body attempts to heal systemic inflammation from chronic disease.

Hallmark symptoms of a cold like achy muscles and joints, feeling nauseous, and having a pounding headache are due to the release of these cytokines. In fact, researchers can elicit these symptoms in healthy individuals by inoculating them with pro-inflammatory cytokines.

What does this have to do with hangovers? Studies show the massive inflammatory response after a heavy night of drinking, and the subsequent release of pro-inflammatory cytokines, might be a major culprit for all your hangover symptoms. (3)

Researchers found that about 12 hours after having their last drink, considered the “hangover” range of 8-16 hours post-drinking, there was a significant increase in cytokines IL-10, IL-12, and IFN-gamma compared with normal conditions.(3)

Chronic inflammation is a common problem in today’s society, and weight gain is one of the biggest contributors to systemic inflammation. This could be a contributor to the worsening of hangover symptoms as we age.

However, it doesn’t answer the question for fit and healthy people. Is there more to hangovers than just inflammation? 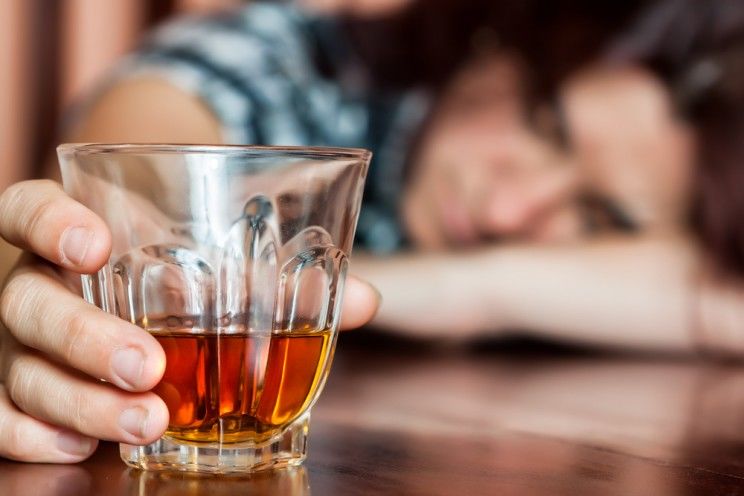 Your liver metabolizes alcohol via the enzyme alcohol dehydrogenase to a compound called acetaldehyde, a very toxic compound that has serious negative consequences for your body.

Acetaldehyde is highly carcinogenic and highly damaging to all cells of the body, causing symptoms like sweating, skin flushing, nausea, and vomiting. To help detoxify this harmful compound, your body needs adequate levels of glutathione, one of the body’s most powerful antioxidants. (4)

It seems as you age, you produce less glutathione – made from the amino acids cysteine, glycine and glutamine — and this can contribute to the worsening of hangover symptoms as you age.

There are two phases of liver detoxification, appropriately named Phase I and II, whereby your body converts toxins into a water-soluble form and then excretes them from the body in the urine or stool. It’s like Phase I takes the garbage to the curb, and Phase II picks up the trash to get it out of the body for good.

Glutathione is key for Phase II liver detoxification, so if your levels are low from aging, then it’s likely you’ll suffer from worse hangovers as your birthdays mount.

Other things that can exert a heavy burden on your liver detoxification pathways and compromise your capacity to recover include too many medications, environmental toxins, heavy weight gain, and smoking.

It’s also important to remember not to take acetaminophen (e.g. Tylenol) during a hangover. Your liver is already under a heavy workload with clearing the previous night’s binge, and this can leave you susceptible to the toxic effects of acetaminophen, such as abdominal pain, diarrhea, sweating, jaundice, nausea, and coma.

So, Do Hangovers Get Worse As You Age? 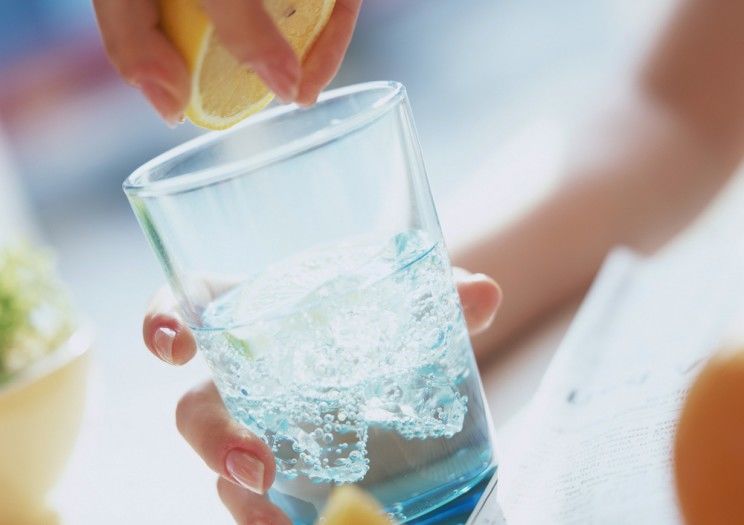 The evidence above seems to suggest that suboptimal hydration, increased inflammation, and poorer glutathione status, all commonly found as we age, could certainly be the reasons why hangovers get worse as we age.

Unfortunately, this study recently came out and showed that older people were LESS likely to complain of hangovers, compared to younger people. (5) The study highlights that younger drinkers binge, knocking back far more units than older (and wiser) individuals.

If you feel like your hangovers are getting worse as you age, or if you would like a few tips on how to offset the occasional festive night, here are a few good tips:

Is it really true that hangovers get worse as you age? Perhaps, but the research isn’t conclusive.

Support a healthy liver with Paleo-friendly foods rich in Phase I and II nutrients, and you’ll hopefully bounce back better than last time.

(Read This Next: 6 Natural Hangover Cures That Work) 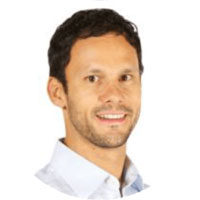