People have been eating grains for around 10,000 years – ever since the Agricultural Revolution. Grains are a large part of the North American culture and in many places around the world; heck, even the USDA recommends people get numerous servings of grains a day in order to stay healthy. So what’s wrong with grains?

The glaring problem with grains is that our bodies aren’t adapted to eating them. For hundreds of thousands (or more) years, our ancestors hunted and gathered their foods. They didn’t grow crops of wheat, rice, barley, oats, or any other grains; they picked berries, other wild fruit and vegetables, and ate meat that they caught and killed.

In fact, no mammals are suited to eat grains. When we do eat them, our bodies can revolt, leading to celiac disease, gluten intolerances, and autoimmune diseases, among others.

Want to learn more about Paleo and how it can help you? Grab our FREE “What Is Paleo?” Guide by Clicking Here!

Vitamin and Mineral Deficiencies of Grains 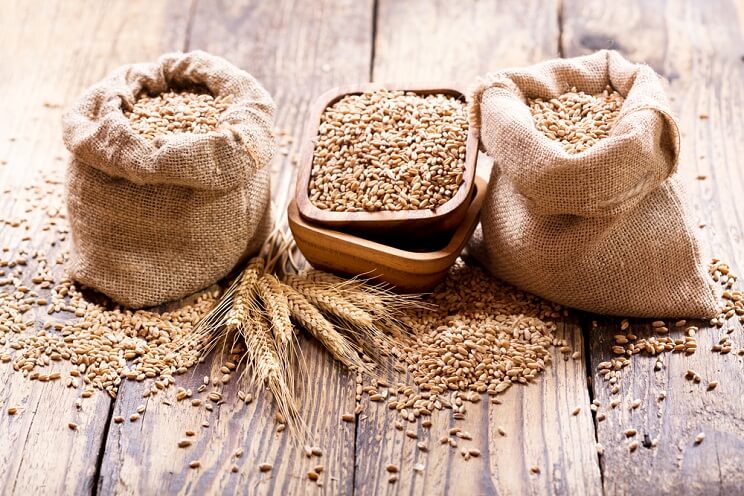 The tricky part is that the more cereal grains people eat, the fewer fruits, meat, and vegetables they eat, which further contribute to the nutritional deficiencies. Grains themselves have very low levels of vitamins and minerals, and no B12. There is simply no way to get all the necessary nutrients whilst subsiding on an all-grain or grain-and-vegetable diet.

Vitamin B12, as well as several other micronutrients, is found only in animal products. Cultures that eat primarily grains will be deficient in B12, among other nutrients. Humans did not evolve to be primarily plant eaters. 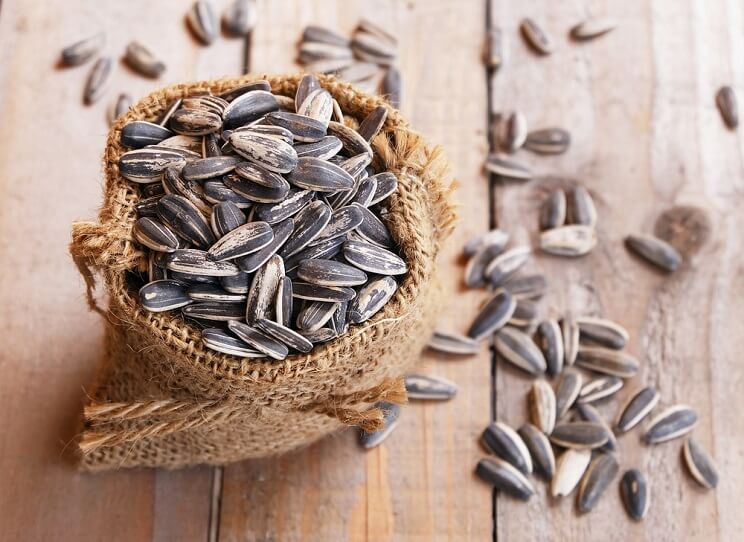 Anti-nutrients are a plant’s defense system against predators. These systems help the plant guarantee the plant’s ability to propagate and protect the plant against being completely devoured. Seeds in general are not digestible, so that they are excreted whole and go on to propagate.

Some animals are better adapted to these anti-nutrients than others. Birds, some insects, and rodents are all designed to deal physiologically with these, but humans cannot.

Phytic acid, or phytate, is in the bran and outer coating of all seeds (grain included) and nuts. It binds with minerals like calcium, copper, iron, magnesium, and zinc, in your body and prevents their proper absorption. Cultures that eat high amounts of grains have lower bone mineral concentrations and tend to suffer more from these types of pathologies.

Lectins are proteins found in plants, meant to protect the plants against insect and bird predators. They are anti-nutrients and work to cause digestive upset in the animal or insect that eats the plant. Lectins can adversely affect gut flora, cause leptin resistance, interfere with absorptive and digestive activities, and wreak some major havoc on your small intestine and immune system. They can cause leaky gut syndrome, which can then lead to autoimmune issues.

Ah, gluten. This protein is even worse than lectin and phytic acid. It’s found in barley, rye, and wheat. Gluten can destroy the microvilli in the small intestine, which results in leaky gut syndrome. This, as mentioned, leads to digestive problems, allergies, and autoimmune diseases. [tweet_quote] About 2% of Americans have Celiac disease.[/tweet_quote]

Approximately two percent of Americans have Celiac disease and another 29% of asymptomatic people test positive for anti-gliadin IgA in their blood. A further large chunk of the population suffers from what is called gluten intolerance, which can cause symptoms like headaches, joint pain, skin problems, seizure disorders, and mental disorders, among others.

A diet with healthy amounts of omega-3 fatty acids reduces many symptoms of autoimmune diseases, can decrease thrombotic tendencies, and reduces inflammation. You can get omega-3s in meat and oily fish. Grains, on the other hand, are low in fats in general and omega-3s in particular. They tend to be higher in omega-6, which further causes an imbalance.

Increased grain consumption leads to obesity, chronic disease, and infertility. One of the major reasons is the lifestyle of the people eating high amounts of grains. With grains comes high levels of carbohydrates; much too high for the average sedentary person. Any carbohydrate that a person eats that does not get burned as energy gets stored as fat. Throw in the other hormones that get released along with high carb diets (insulin, adrenaline, and cortisol, to name a few), and a high-carb, high-grain diet is a problem waiting to happen.

Okay, you were probably raised being told that fiber is good for you – and the more the better, right? Wrong. High-fiber foods can injure the gastrointestinal tract, which then leads to an increase in the production of mucus. Many IBS sufferers complain about excess mucus; so perhaps that’s a sign right there. If you want more information on fiber and how it can be bad, read Fiber Menace.

People who eat high amounts of cereal grains can suffer from inadequate growth due to a reduction in intake of amino acids and protein (back to the point where the more grains you eat, the less meat you eat). Protein in grains sits at around 12 percent, while the protein in lean beef is about 22 percent.

So, with all of the things that are wrong with grains, why do we eat them? There’s no reason to eat grains; a person can survive quite well without them, and one would imagine, be healthier for it. So why does the U.S. (and the Canadian government, for that matter) recommend 6—11 servings of grains a day? This is a whole other topic, one that has to do with subsidies and, some might say, a conspiracy to keep citizens sick.

(Read This Next: What is Gluten and is it Bad for You?)