Bready, delectable and totally grain-free, any of these Paleo stuffing recipes would be a welcome addition to your Thanksgiving table.

Bready, delectable and totally grain-free, any of these Paleo stuffing recipes would be a welcome addition to your Thanksgiving table.

We’re willing to bet that stuffing is the most anticipated dish of Thanksgiving. This seasonal classic only comes around once a year! And it’s no fun eating turkey and mashed potatoes without the savory bready goodness needed for soaking up all the flavors.

Luckily, there’s no need to put your digestive system through the extra unnecessary stress of grain, even for Thanksgiving. This list of Paleo stuffing recipes uses extra sausage, hearty squash or Paleo bread made from almond or coconut flours to replace all those grains. And, of course, lots of dried sage and sweet pears or apples!

Want to learn more about Paleo and how it can help you?
Grab our FREE “What Is Paleo?” Guide by clicking here!

Whether you like your stuffing packed with meat or you prefer them extra “bready,” there’s something for every stuffing fanatic on this list. So warm your ovens up and get baking! 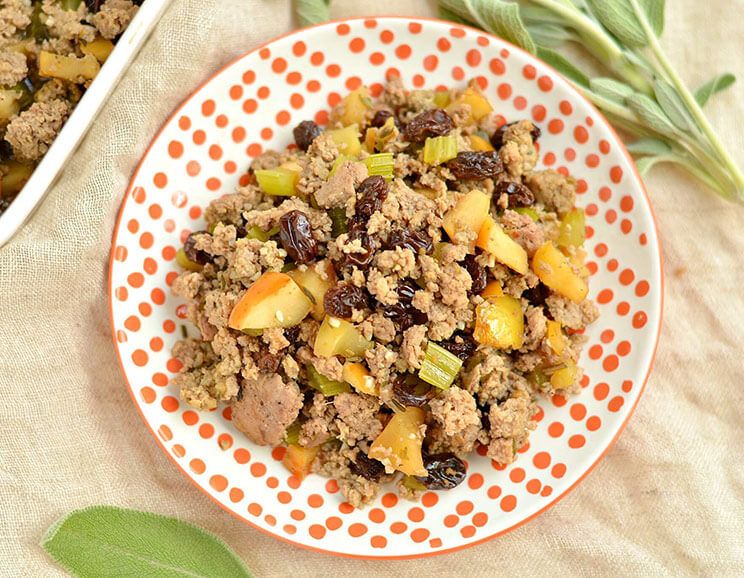 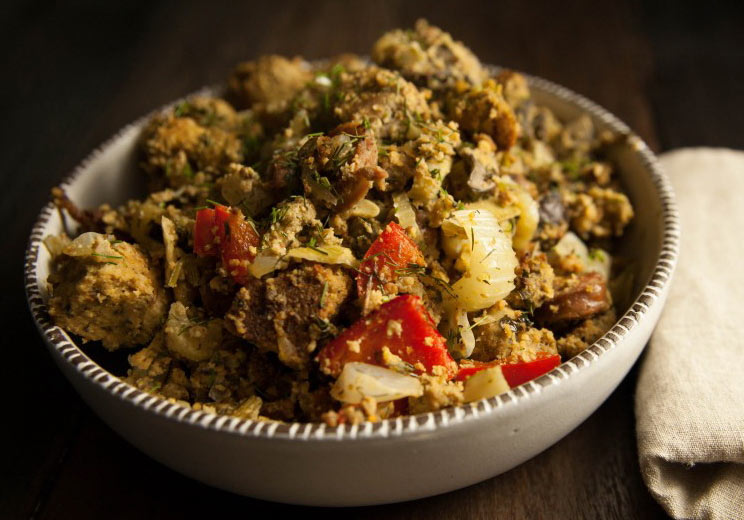 This decadent mushroom and celery sausage stuffing will compete with your turkey for the main dish. 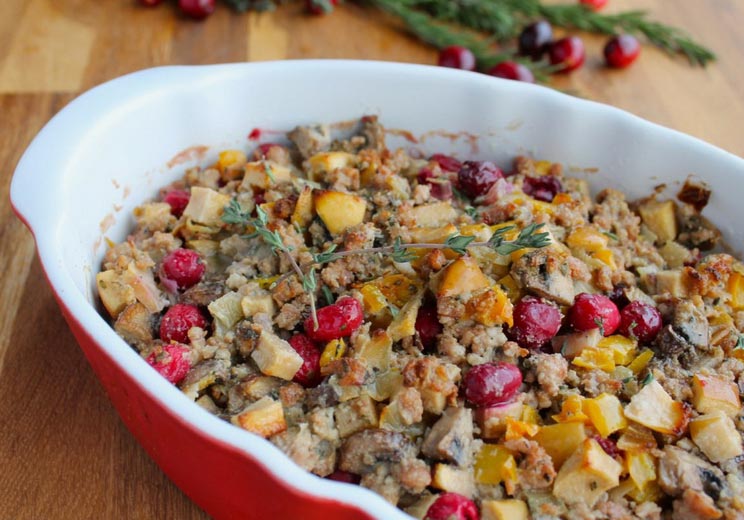 Ground pork and bell pepper give this rich stuffing a unique twist. 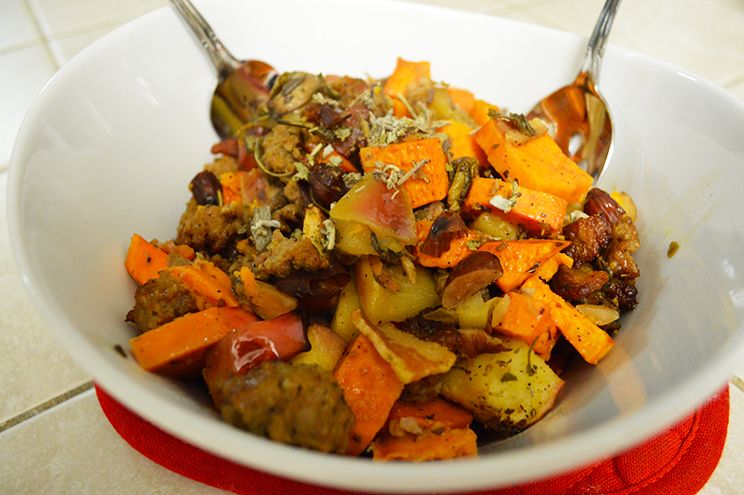 This bacon AND sausage stuffing will please even the pickiest eaters at your Thanksgiving feast. 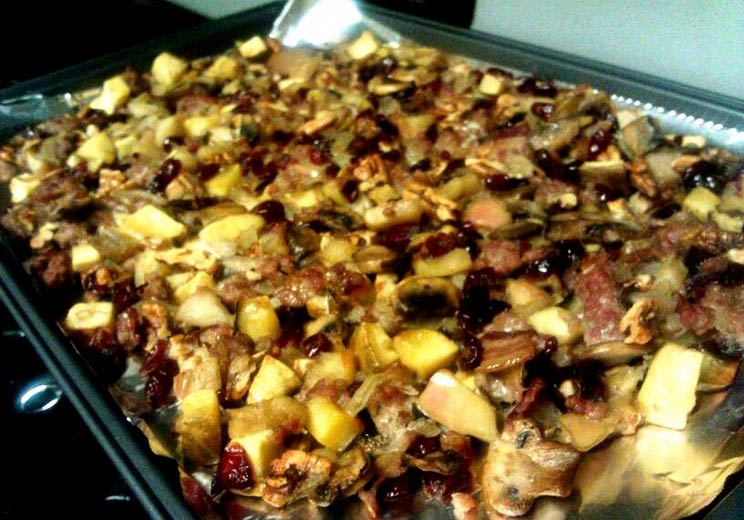 Pecans, bacon, celery, sausage, sweet potato…you will definitely be stuffed after indulging in this recipe! 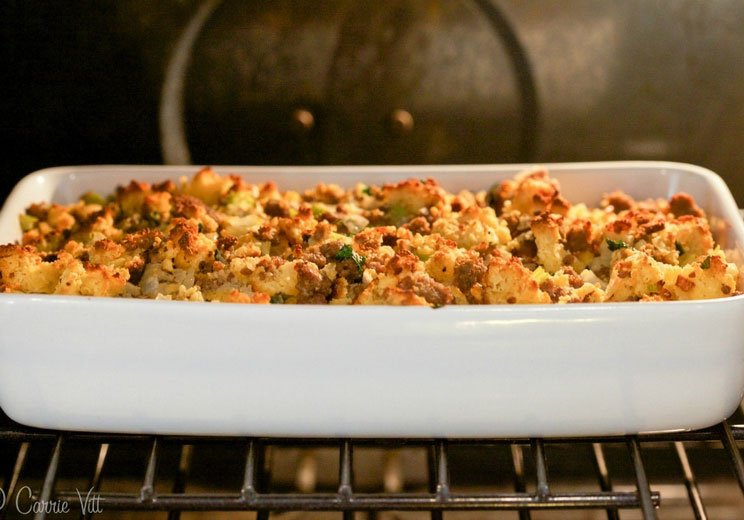 This grain-free cornbread stuffing is perfect for adding a Southern flair to your meal. 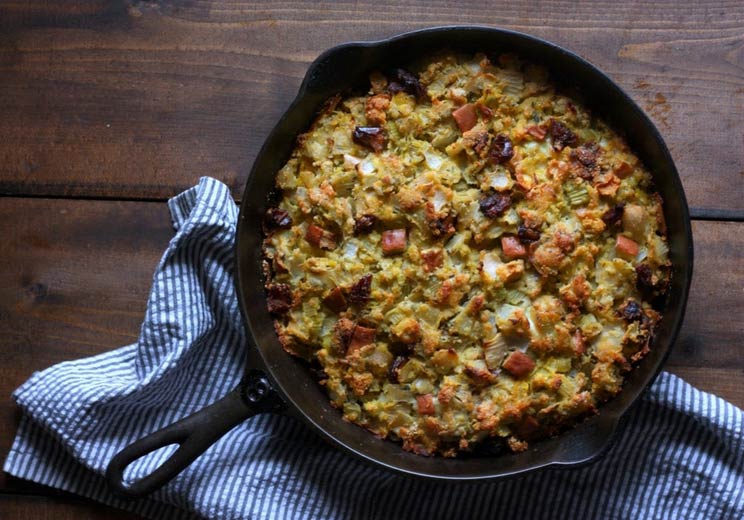 Homestyle stuffing with sage and apples tastes just like Mom made it! 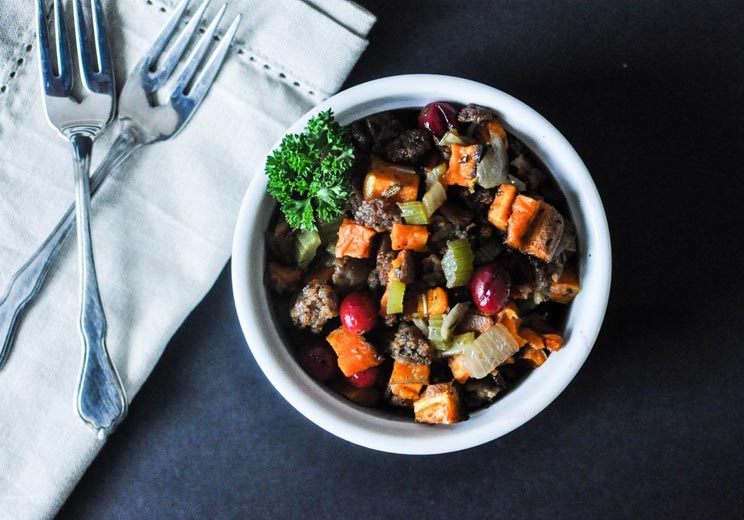 Add a sweet touch to your feast with this sweet potato and cranberry remix of traditional stuffing. 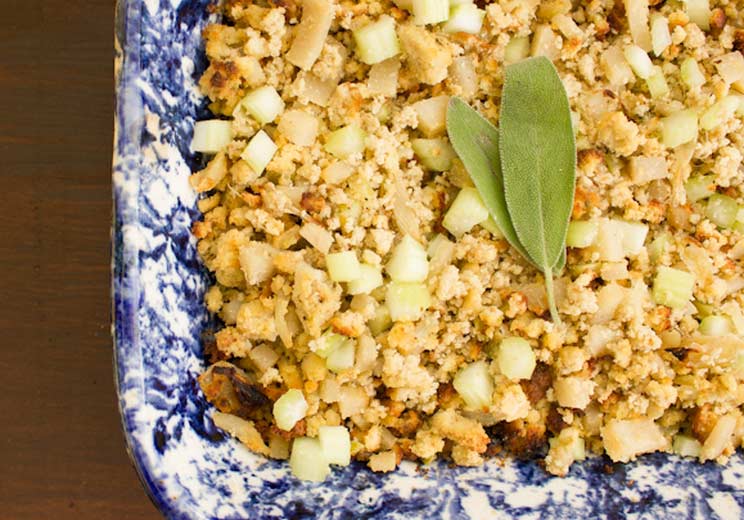 Keto and stuffing may seem like words that don’t belong together, but that’s the beauty of this recipe. 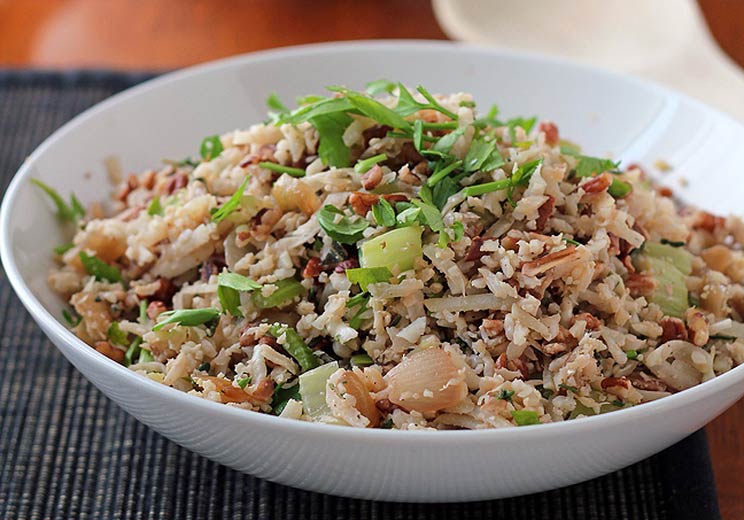 We don’t know about you, but we’re ready for this heavenly sage and pecan cauliflower rice stuffing! 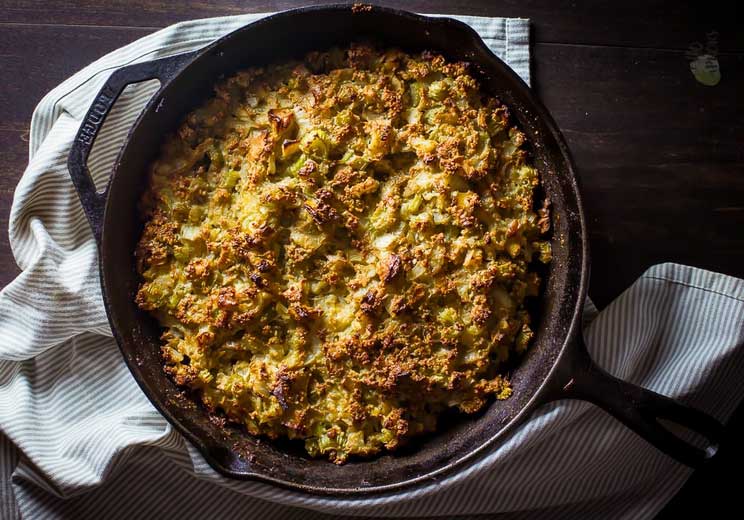 Sure, all of these recipes may claim to the be the best, but the addition of ghee to this apple-celery stuffing makes it pure buttery goodness! 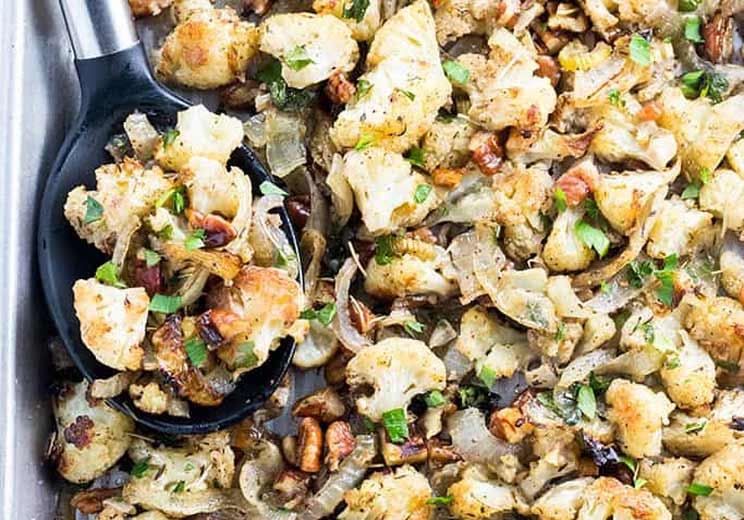 This genius cauliflower stuffing has enough onion and garlic in it to completely satiate your taste buds. 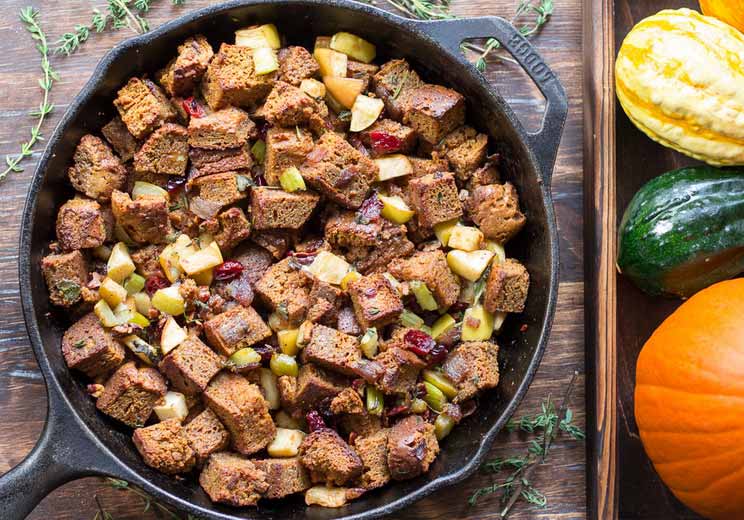 You won’t be able to go back to regular stuffing after you try this Paleo pumpkin bread version! 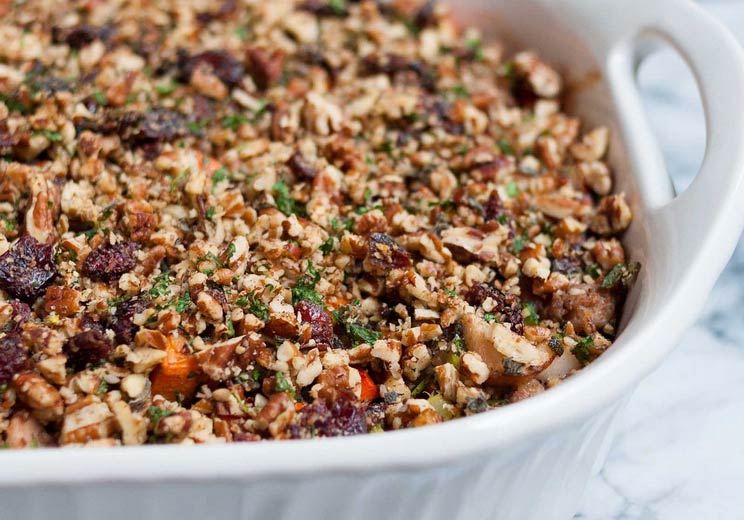 Topped with pecan crumble, this sweet ground pork and sweet potato stuffing might as well be a dessert. 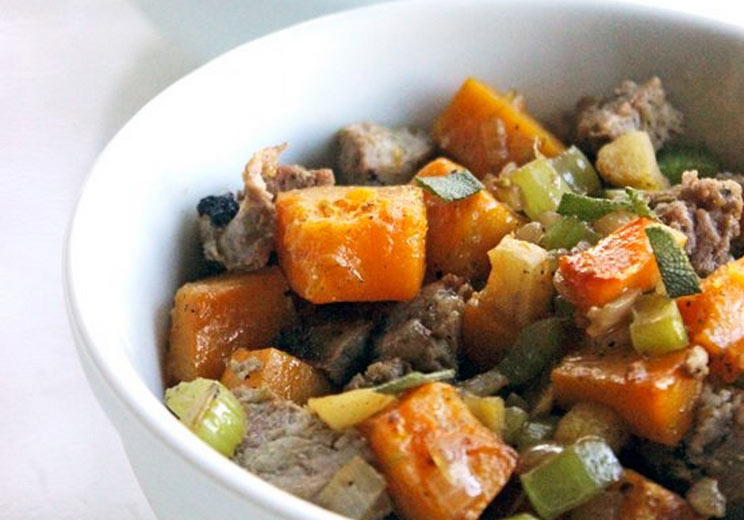 Who needs grain when butternut squash is a thing that exists? 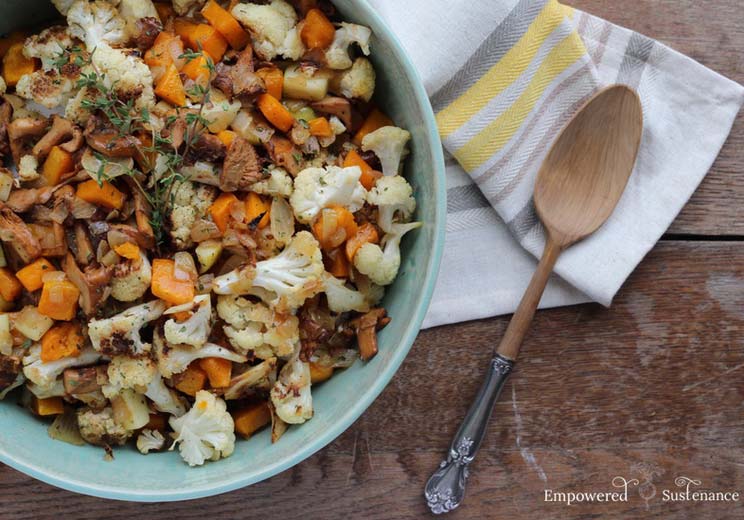 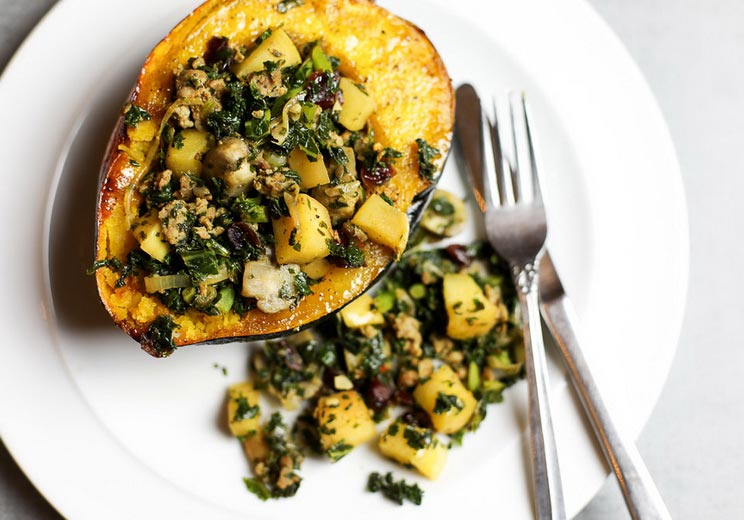 You can enjoy this stuffing with Thanksgiving turkey or just stuffed into an acorn squash whenever you feel like it! 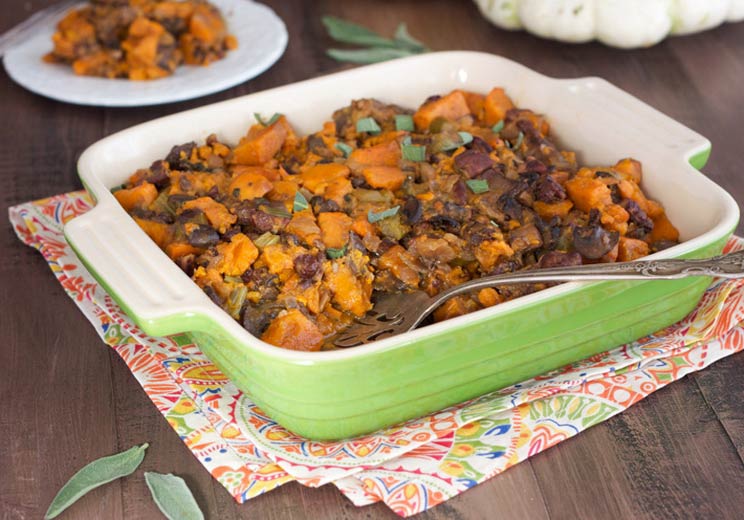 Can you say convenient? Let this slow cooker recipe work its magic while you free up the oven for other Thanksgiving dishes that need attending. 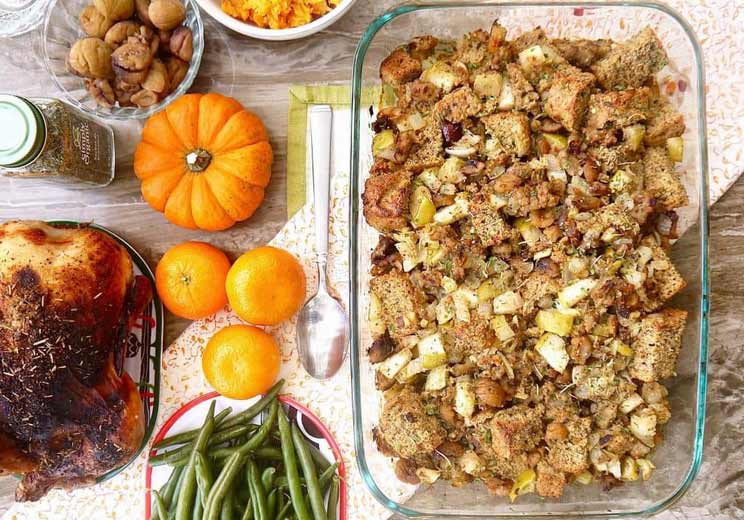 This delicious chestnut stuffing will improve any holiday dinner. 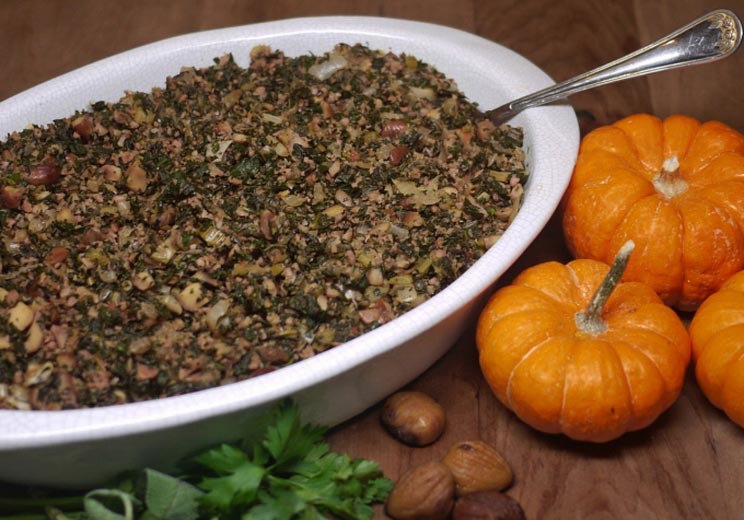 With ample use of Italian parsley, this chicken sausage and chestnut stuffing is a great source of Vitamin A!

Recipe: Preheat to 350 | Stuffing with Herbs, Chestnuts, and Chicken Sausage 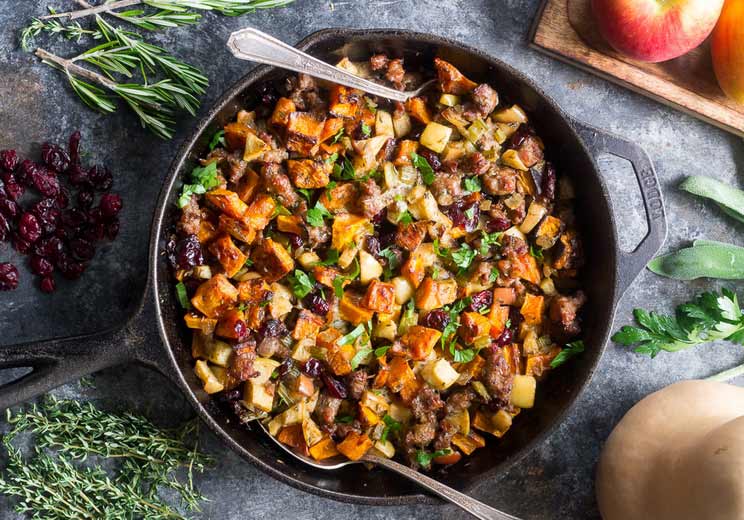 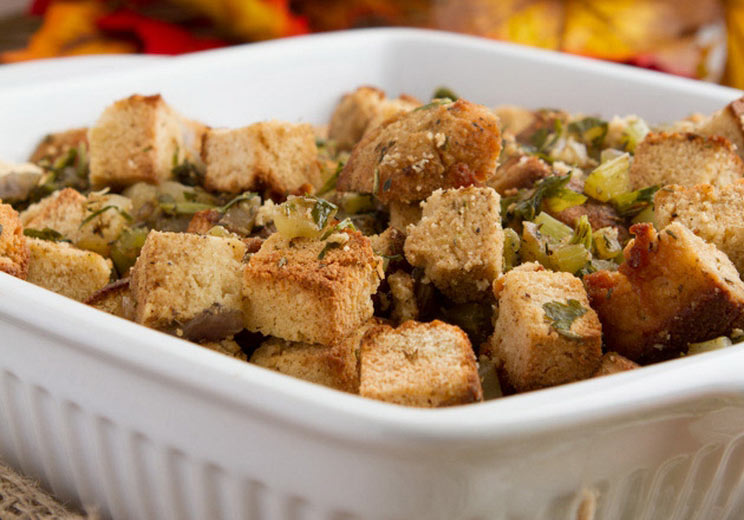 If you really can’t go without your bready stuffing, enjoy this purist coconut flour stuffing that eliminates the extra meat and veggies. 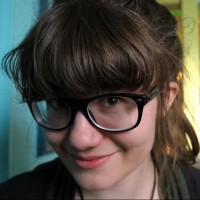 Cristiana Wilcoxon is a reformed vegetarian obsessed with delicious and nutritious food. She believes firmly that every dish is best served with bacon