Chewy on the outside and creamy on the inside, these Cauliflower Bacon Biscuits have a spicy kick!

You can never go wrong by using cauliflower in a recipe. I’m convinced there’s nothing this magical vegetable cannot do.

When I made these cauliflower biscuits, I wasn’t entirely sure they’d turn out. Frankly, they happened as an experiment. Really, it was more for my own curiosity than anything to see how far I could stretch the power of cauliflower in baking.

I was making mashed cauliflower (or “mashed potatoes”) the other night when it dawned on me that if I blended in a little flour and eggs in with the cauliflower, I might be able to turn it into a batch of healthy, low-carb biscuits. And to make things fun, I added a jalapeno for spice and bacon. Because everything’s better with bacon! 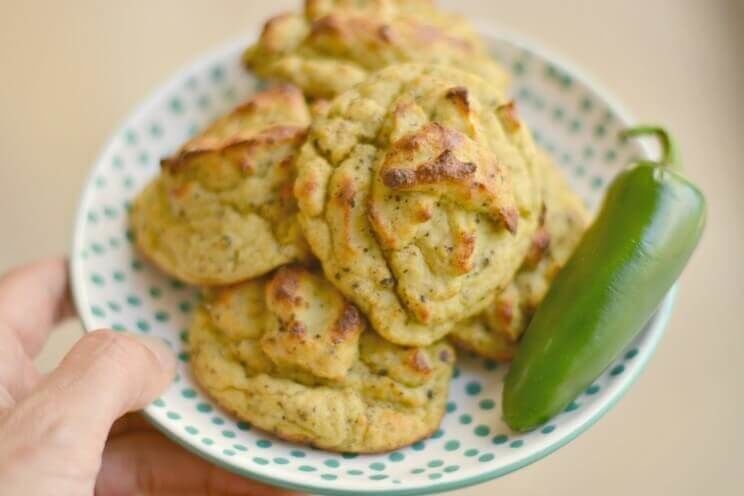 So I took the leap and transformed my mashed cauliflower into creamy, melt-in-your-mouth biscuits that burst with spicy, garlicky, bacon flavors in every bite. They don’t taste much like cauliflower, which will have everyone wondering “what are these?” Either that or they’ll be so impressed by you putting bacon in biscuits that they won’t care they’re made from cauliflower.

Megan Olson
Chewy on the outside and creamy on the inside, these Cauliflower Bacon Biscuits have a spicy kick!

Watch the Recipe Video Below!

Salmon Burgers with Mango Jicama Slaw
Next Post: An Easy Guide to Tabata + a Metabolism-Boosting Workout