To bring out the flavor of the Shishito peppers, this easy recipe tosses them in a sweet and salty sauce made from toasted sesame seed oil, coconut aminos and fresh ginger.

Dip these roasted peppers in Paleo Sriracha mayo for a fun movie night nibbler! All you need is five ingredients and just a few minutes of prep work.

Shishitos are mini Japanese peppers. They start out green and are perfectly edible at this stage, or can be left to turn red when more mature. You are more likely to find the green variety at grocery stores in the produce section. The Shishito peppers are mild and pleasant, much less spicy than jalapeños, making them a great option for anyone who doesn’t like a lot of heat. 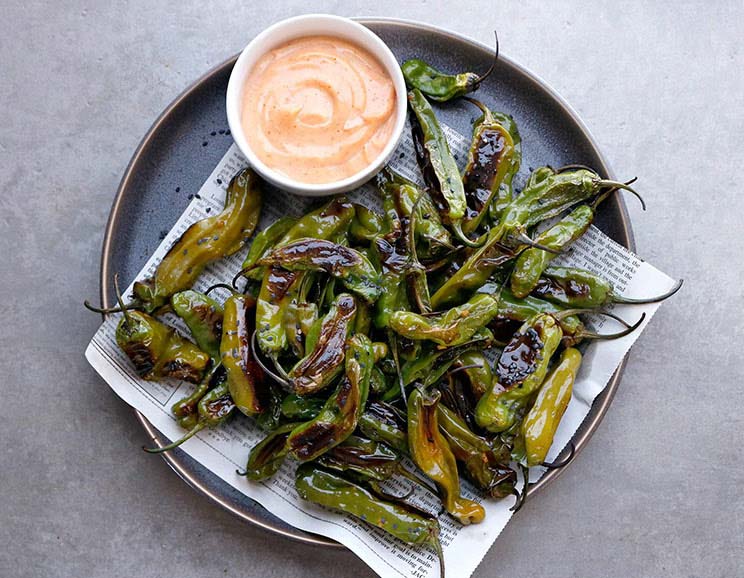 Start by mixing minced ginger with sesame oil and coconut aminos. Be sure to mince the ginger well to infuse the sauce with its tangy, warm flavor. Add Shishito peppers to the bowl and toss to coat with the sauce. Transfer the peppers to a baking sheet and roast at 450°F for 12-15 minutes, or until the Shishito peppers are blistered and puffy.

Serve the peppers hot out of the oven with a sprinkle of black sesame seeds, or top with chili flakes, a squeeze of lime or some flaky sea salt.

Other ways to enjoy Shishito peppers: 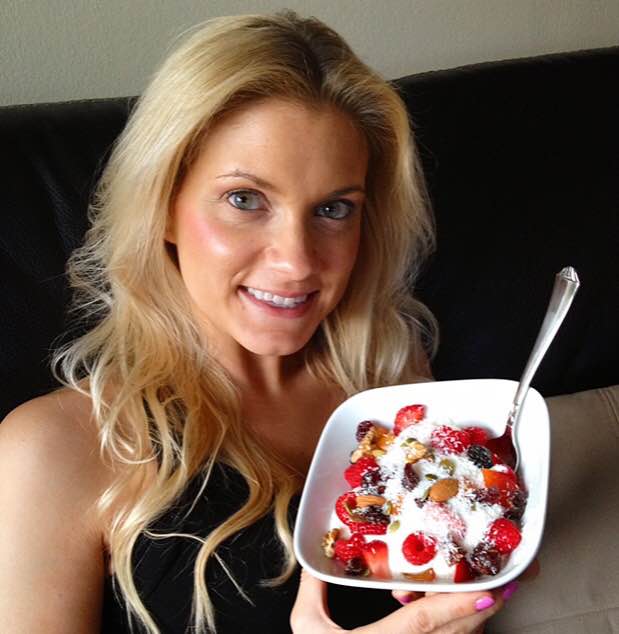 Jennafer Ashley
To bring out the flavor of the Shishito peppers, this easy recipe tosses them in a sweet and salty sauce made from toasted sesame seed oil, coconut aminos and fresh ginger.