Trace Minerals: What Are They? And Why Are They Important?

When most people look to modify or examine their diets, they tend to focus on the big picture, which is a great approach. Food groups to avoid, food groups to include, macronutrients (protein, carbs, fats) and including foods they know to be nutritionally beneficial. While this is very sensible, there is a lot more going on with nutrition than these basic building blocks.

Today, I’ll be focusing on trace minerals, which are essential minerals found in a large variety of animal and plant foods. They help the body perform regulatory and structural functions. The word trace refers to the low amount of these minerals that the body needs (less than 100 milligrams per day). It also refers to the fact the body typically only has 5 grams or less of the mineral in the body.

What Exactly Are Trace Minerals?

So what are some examples of trace minerals? While you might be more familiar with minerals like iron, zinc, fluoride, and iodine, other trace minerals include copper, selenium, molybdenum, chromium, and manganese.  All trace minerals are necessary for the body, especially the ones listed above. I will start with iron, as there are some major issues that lack of iron and iron overload can have on the body. 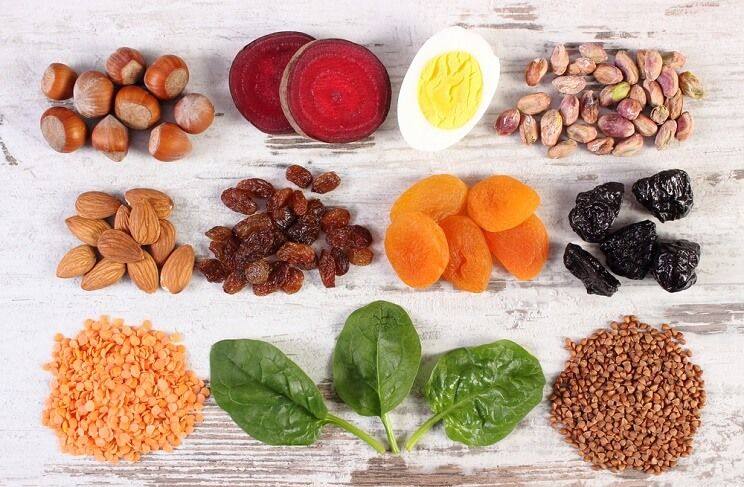 To start with, iron deficiency is the most common nutritional problem worldwide (1). This is mostly due to the third world and developing countries, but iron deficiencies are still prevalent in the United States. Of utmost concern is iron deficiencies in children. Because their brain is still developing, iron is very necessary for proper development (2).

Children with iron deficiencies are also more likely to develop disorders such as ADHD/ADD (3). Iron is important because it is able to easily change from one form (ferrous iron) to another (ferric iron). This lets iron move to other substances via electron transfer. Besides energy metabolism, iron is needed in the immune system and in brain development. [tweet_quote] Are you iron deficient? Your metabolism and immune system counts on iron supply![/tweet_quote]

Interestingly, iron is absorbed differently, depending on if you are eating an animal, or a plant (4). Bioavailability in animal forms of iron is much greater than in any plant based food (5), thanks to phytates, fiber and polyphenols, which all block absorption of this trace mineral.

If you’re following a Paleo diet, the best sources of iron include steak, beef, chicken, fish, beef liver, spinach, and clams. Iron deficiency is a very serious problem, and leads to poor growth, cognitive impairment, decreased performance and hair loss, among many other issues. Iron overload, officially called hemochromatosis, leads to many issues as well. Seizures, fever and low blood sugar are common, as is liver damage. 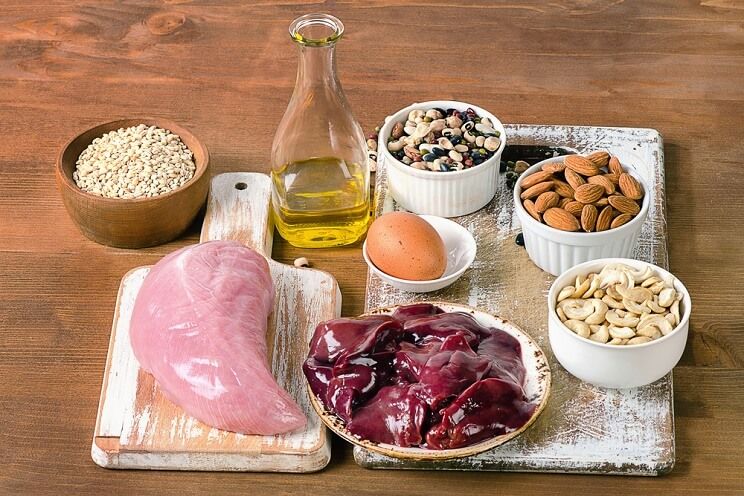 Selenium is a much-forgotten trace mineral but it is very important in the body. Selenium helps to regulate glutathione peroxidase, which is vital to protecting the body from oxidative damage (6). Oxidative damage means disease, aging, etc.

Selenium was only just discovered in 1979 and there are actually more than 50 different protein versions found in the body…so far. 2 amino acid derivatives – selenocysteine and selenomethionine – are the holders of the majority of selenium in the body. Foods that are best for selenium are Brazil nuts (3 will meet your daily requirement), oysters, tuna, pork, beef and lamb, and chicken. [tweet_quote] Selenium is an oft forgotten but important trace mineral. Get your fill with Brazil nuts or oysters.[/tweet_quote]

Selenium is also required to produce a thyroid hormone called tetraiodothyronine, or T4. Selenium is also needed for the conversion of T4 to the more active form, T3 (triiodothyronine). Thyroid dysregulation is a massive problem in today’s society, and selenium is a great natural help (7). T cells are produced via the help of selenium and they kill harmful bacteria that invade the body. As in iron, selenium is important for the development of brain cells. 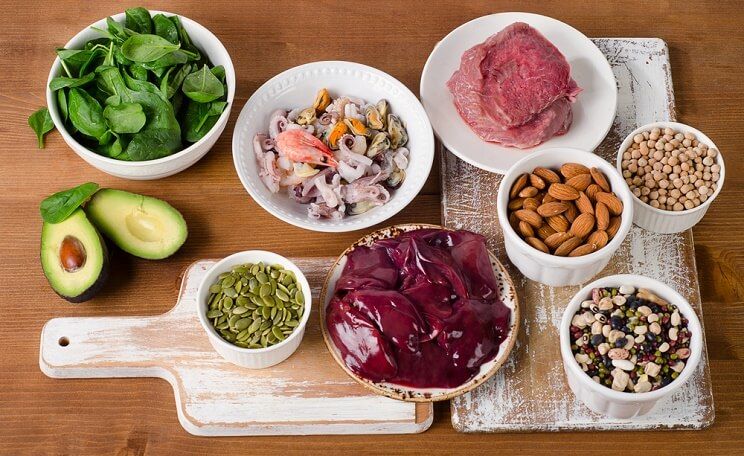 Zinc is a trace mineral with a slightly better reputation than selenium. Many are aware of zinc issues and as result, zinc supplements have become very commonplace. As with other trace minerals, zinc is better absorbed from animal sources, rather than plant sources. Foods high in zinc include: oysters, beef, crab, lobster, pork chop, chicken, cashews and almonds. Zinc is a part of every living cell, and more than 75 enzymes contain zinc (9). Perhaps now you are beginning to understand the importance of trace minerals. [tweet_quote] Zinc is a part of every single one of your living cells. Get it from animal sources to best absorb enough zinc![/tweet_quote]

Your immune system is greatly affected by zinc, which explains its presence in many cold supplements. Within weeks of low zinc in the diet, you will notice decreased immune system functioning. This is because your body has no way of storing zinc properly (10). Zinc is also vital for skin health, such as in cases of acne. If you are very low in zinc, you can lose sense of taste and appetite. As is true of life in general, balance here is key. Excess zinc can impair copper absorption, another trace mineral. This is important to remember, especially if taking dietary supplements. 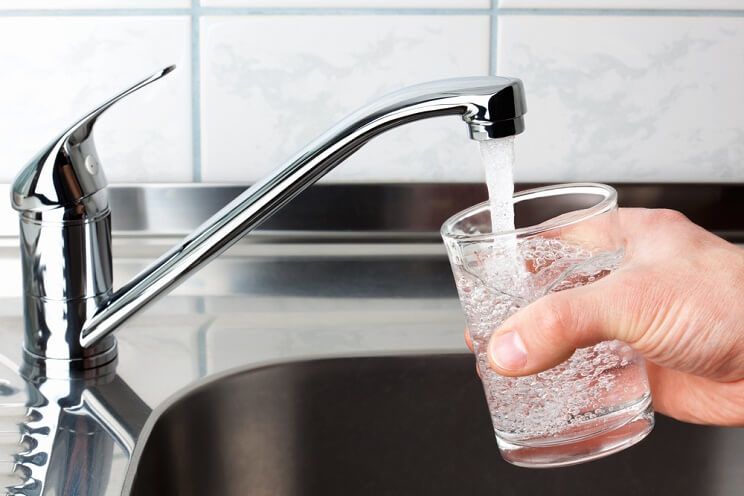 The case of fluoride is very interesting, as it has been added to the US water supply since the 1960s. This is not without controversy, however (11). Some have argued that you can no longer ‘opt out’ of water fluoridation, which means you don’t have a choice whether or not it is in your drinking water. This is controversial because there is no real scientific evidence confirming the benefits of water fluoridation. [tweet_quote] Since fluoride is added to our water supply, you’re more likely to have too much fluoride than not enough.[/tweet_quote]

While it no doubt lessens cavities, it also causes fluorosis, and the SWALLOWING of fluoride is controversial and in no way beneficial (12). This is why it is a good substance for toothpaste, but not necessarily drinking water. Fluoride may also cause bone tissue homeostasis. Since water is the main source of dietary fluoride, its bioavailability becomes important. 50-80% of fluoride is absorbed, which is why over-fluoridation is a potential problem. 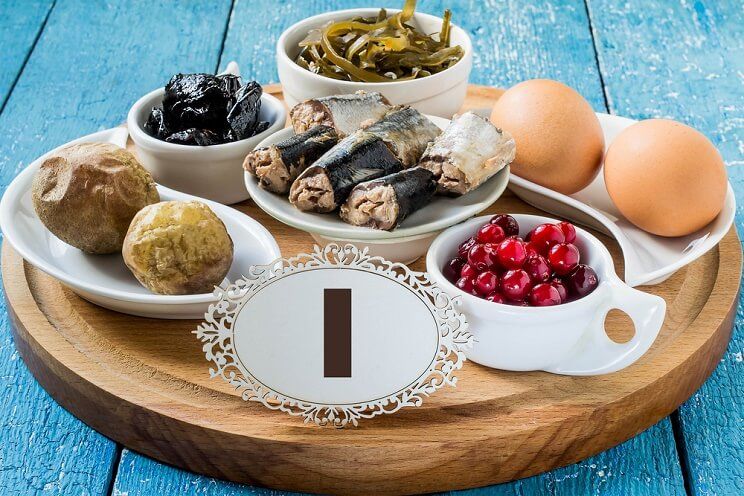 Iodine is another important trace mineral and one which you are likely familiar with. Also important to triiodothyronine (T3) and thyroxine (T4), iodine is added to forms of salt. Besides this, sea foods are the best sources of dietary iodine. Besides seafood, iodine can be found in beef liver, potato, turkey and eggs.

Lack of iodine inhibits the production of thyroid hormones. This means more and more TSH (thyroid stimulating hormone). This causes a goiter, which is an unpleasant growth found in the neck region. Mild iodine deficiency has also been linked to lower IQ scores (13). 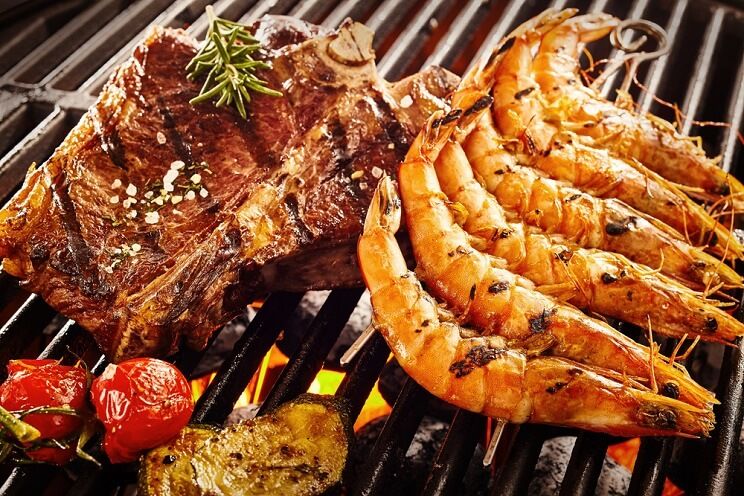 Our last topic today will be copper. Copper deficiency, usually caused by over-supplementation of other minerals, is called Menkes’ syndrome. Copper is best found in beef, seafood and nuts. Liver and oysters are the absolute best sources of copper, and you can even sneak in some chocolate if you really want to.

Copper is also part of superoxide dismutases (14), enzymes involved in antioxidant reactions. This means it’s vital to fight cellular damage, which will help stop aging-related problems. You are probably now starting to understand the importance of not only a good diet but also the importance of trace minerals.

What questions do you have on trace minerals? Do you have too much iron in your diet? Not enough? Share your opinions in the comments.

(Read This Next: The Easy Salt Guide)

Pan-Seared Tuna Steak Recipe
Next Post: Chris Hiestand on Why You Fail With Paleo