A dip in a sound-proof sensory deprivation tank may be the next big thing for stress relief in alternative medicine.

These carefully crafted tanks provide a weightless, solitary experience—free from the constraints of gravity—allowing you to experience deep relaxation as your physical senses escape you and time ceases to exist (well, at least for the time you spend in the tank).

But when it comes to the health benefits of the sensory deprivation float tank, here’s what science has to say.

What is a Sensory Deprivation Tank?

Float tanks are sealed, dark, soundless, soundproof pods, filled with lukewarm water and Epsom salts (magnesium sulfate). At approximately 4 feet wide and 8.5 feet long, these tanks are long enough for you to vertically stretch out in, while the magnesium salts induce relaxation and promote a sense of calm as you “float on” inside.

So, how does one achieve zen in a dark pool of water? Don’t worry—you’re not the only one who has concerns about feeling claustrophobic, or sputtering and sinking in a sensory deprivation tank. 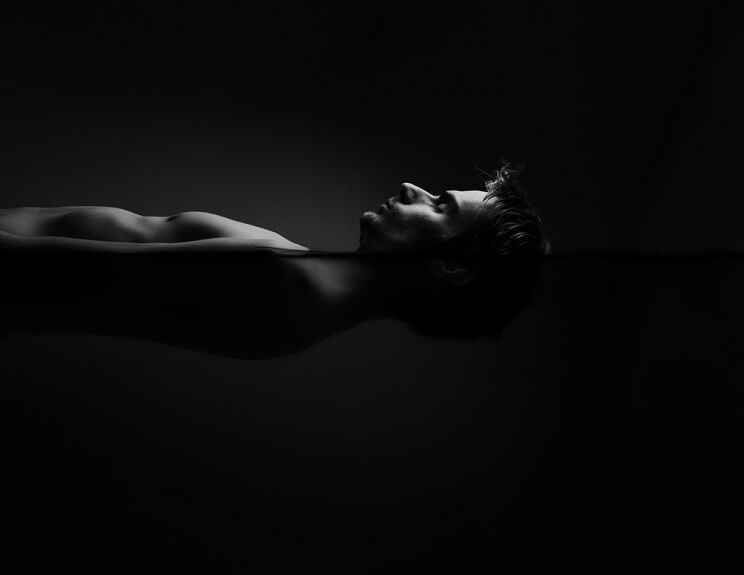 There’s no need to worry about drowning: Sensory deprivation tanks allow you to float effortlessly due to the high level of magnesium sulfate in the water, which is around 800 pounds (in other words, it’s impossible to sink). The highly concentrated magnesium solution (Epsom salts) forces your body to float to the water’s surface, leaving only your face unsubmerged. [tweet_quote] You float effortlessly in sensory deprivation tanks, so there’s no risk of drowning.[/tweet_quote]

The water inside float tanks is kept at “outer skin” temperature, which is around 95.9°F (35.5°C). As you can probably guess, your floating session is done in the nude (no bathing suits) to promote a sensation of feeling weightless and “bodiless,” which helps you achieve a relaxing and deep meditative state (1). The controlled temperature inside sensory deprivation tanks is said to help you lose sense of your body’s external boundaries. 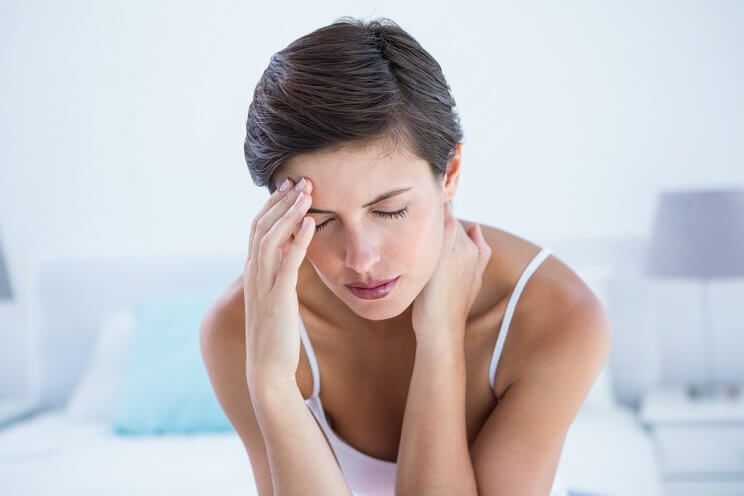 Since float tanks contain a high concentration of magnesium (which is nature’s mind and muscle relaxant), they’ve been shown to help with physical health ailments, such as chronic pain, inflammation, migraines, hypertension, muscle tension, fibromyalgia, arthritis, migraines and psychological disorders (2).

Thanks to their ability to ease muscle pain and tension, floating in magnesium tanks is also beneficial for athletes and bodybuilders. (How’s that for a post-workout reward?)

Float tanks have been shown to put the central nervous system in a parasympathetic state (the opposite of fight or flight), which is where your body does most of its repair and regeneration (3)(4). While this benefits your entire body, it also improves your cardiovascular system by increasing circulation and decreasing high blood pressure and heart rate (5). By eliminating the constraints of gravity, your body is able to release tension and stress easier, and heal faster. 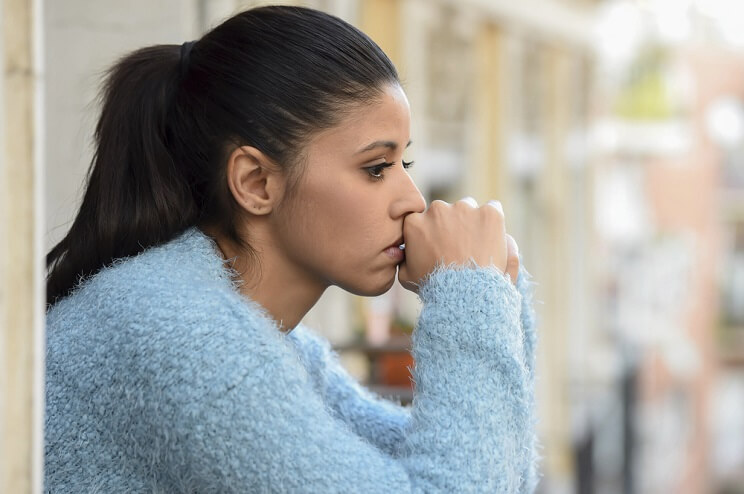 One study done on 65 sensory deprivation tank participants showed a significant decrease in stress, pain, anxiety and depression, as well as an increase in optimism and general well-being (6). The subjects took part in 12 floating sessions over the course of 7 weeks, suggesting that 1-2 floating sessions per week is enough to experience the mental benefits of sensory deprivation.

The study mentioned above also reported a significant increase in sleep quality in participants, compared to the control group that did not receive a sensory deprivation tank session (7). It’s suggested that due to a lack of external distractions, floating induces a deep state of relaxation that can be maintained even when not afloat. [tweet_quote] Sensory deprivation tanks can induce a deep state of relaxation.[/tweet_quote]

Since poor sleep quality and sleep deprivation are linked to conditions such as heart disease, hypertension, diabetes, stress and depression, floating a few times per month may be also be an effective alternative therapy for prevention of these diseases (8)(9). 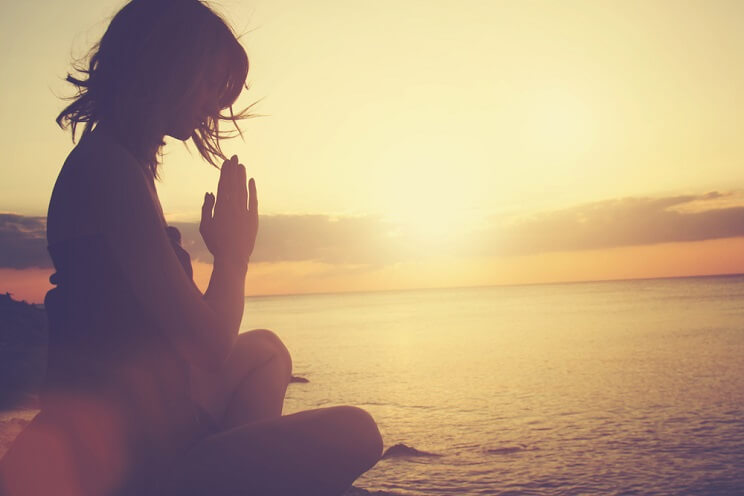 Some people have also reported experiencing altered states of consciousness while floating, which lead to increased mindfulness, awareness and receptivity in their daily lives following float sessions (10).

Another study done on the benefits of magnesium tanks confirmed similar sedative results, with participants showing increased levels of relaxation and even feelings of euphoria (11).

Relaxed… sure. But euphoric? How does that work?

Float tanks trigger a deep relaxation response, allowing your brain to operate at a significantly decreased frequency, which allows you to enter a realm of calm, tranquility and creativity—also known as the theta state.

In your wakeful state, your brain operates at the beta state (ranging from 13hz to 30hz in frequency). The beta state is the stabilized, attentive mental state that most of us operate in during day-to-day life. [tweet_quote] Sensory deprivation tanks help your brain reach the theta state — the realm of creativity.[/tweet_quote]

On the other hand, the theta state achieved when floating (which measures at a frequency of 4hz to 8hz) is when your body enters a condition of light sleep and acute relaxation. Theta brain waves are also active during REM sleep (rapid eye movement sleep), hypnosis, and can also be experienced during meditation.

It’s suggested that in the theta state, your body borders on conscious and subconscious thoughts, which may be why people report changes in their consciousness and creativity. In fact, some scientists and psychologists have acknowledged that a session in a sensory deprivation tank is a powerful tool to access the power of your subconscious mind, and to promote spiritual healing and growth.

In addition to the benefits listed above, sensory deprivation tanks are also being explored as a viable treatment for those who have anxiety-related conditions, such as post-traumatic stress disorder. While the reason for seeking out alternative therapies will differ for each person, the response to sensory deprivation tank sessions seems to be consistent amongst each person who tries it: blissful buoyancy. 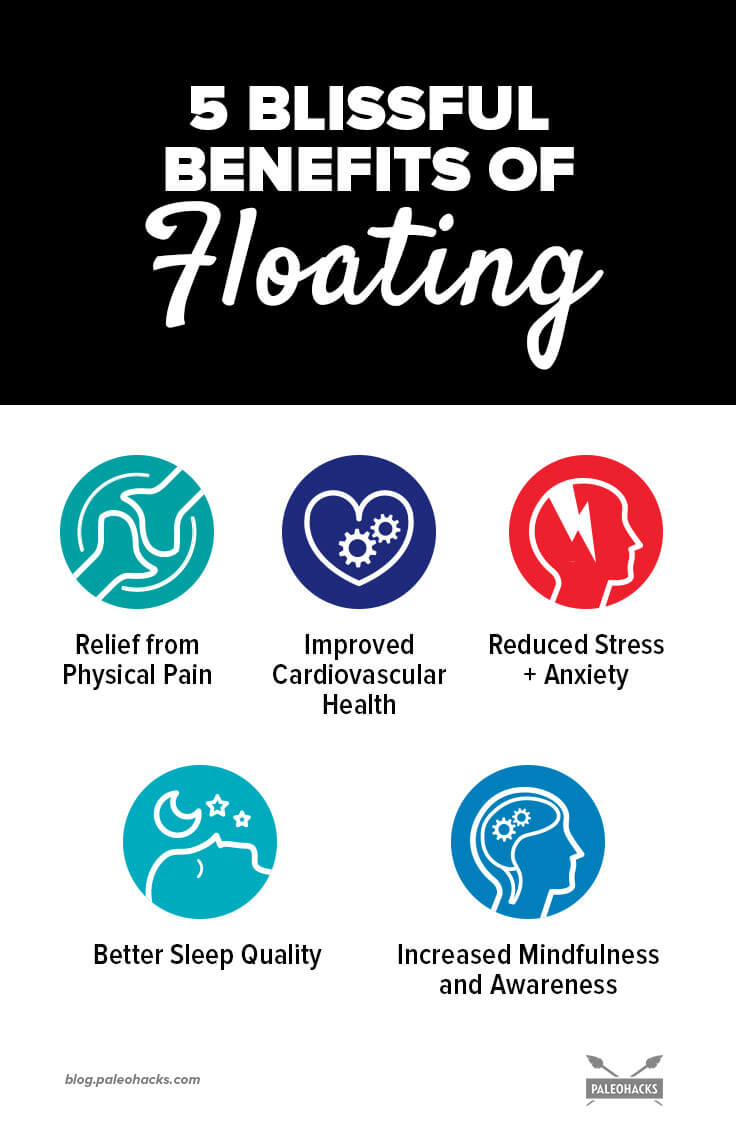 (Read This Next: Cryotherapy: What It Is & Benefits)