7 Ways The Low-Fat Diet Can Wreck Your Health

Fat is a key part of any healthy diet – whether it’s Paleo or not. While fats have gotten a bad rap in the past, new research continues to prove that low-fat diets pose a huge risk to your health.

A common concern about following a primal diet is the abundance of high fat foods on the menu.

From coconut oil and grass-fed butter to nuts, red meat, and wild game, the Paleo diet is anything but low-fat – and that’s a good thing. As an essential nutrient to cognitive function, hormone production, blood sugar balance, and nutrient absorption, leaving fat out of your diet has the potential to seriously damage your health.

Low-fat diets came in hot decades ago, when the saturated fat found in animal products was thought to be the leading cause of heart disease. This theory emerged based on an incomplete study – Dr. Key’s Seven Countries Study – which found the rate of heart disease to be higher in countries that had diets high in saturated fat. While these results initially lead society to believe that a low-fat diet is healthier, the results of the study were flawed.

The Seven Countries Study showed a correlation between countries that had high fat diets and a high rate of cardiovascular disease. But it failed to include any information about any of the countries that had a low risk of heart disease and ate high fat diets – or the countries that had low fat diets and high rates of cardiovascular disease. (1) For this reason, the “cherry picked” findings of the Seven Countries Study are considered inconclusive, and the results are still heavily debated and criticized. [tweet_quote] Trans fat and refined sugar is the real cause of heart disease — not saturated fat.[/tweet_quote]

Today, there’s still no evidence that saturated fat increases the risk of heart disease, as stated in a recent study published in the American Journal of Clinical Nutrition. (2) In fact, the inflammation caused by diets high in refined sugar, starches, and trans fats is now becoming recognized as the primary culprit in heart disease – not saturated fat. (3, 4) 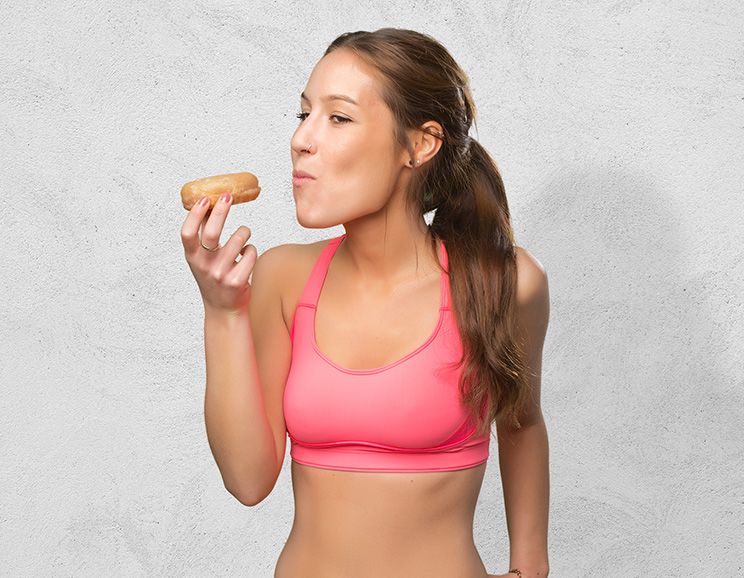 Fat has also been a victim of the infamous “you are what you eat myth”, which lead many people to believe that eating fat is a direct cause of obesity. In addition to the saturated fat theory, the “fat makes you fat” rumor caused low-fat diets to sweep the nation – and left many people avoiding an essential nutrient like the plague. [tweet_quote] Healthy fatty acids play a key role in memory, growth and development.[/tweet_quote]

Unfortunately, all dietary fats got a bad name from the fat and obesity myth – including the health-promoting omega-3 and omega-6 essential fatty acids found nuts, seeds, fish, grass-fed meat, olive oil, and avocado. This is particularly devastating because omega-6’s play a key role in memory, growth, and development, while omega-3’s have been shown to reduce inflammation, lower LDL cholesterol, and promote weight loss. (5, 6, 7) Both of these essential fatty acids must be obtained from dietary sources because our bodies cannot produce them on their own.

While it’s becoming more accepted that fat isn’t the enemy, there’s still a lot of confusion around dietary fats based on previous theories. If you have any doubts of the importance of dietary fat, here are 7 major problems with low-fat diets that no one talks about.

1. Promotes a Decline in Cognitive Function

A low-fat diet can promote a decline in cognitive function. As mentioned above, omega-3 and -6 essential fatty acids help promote memory, but they’ve also been shown to prevent neurodegenerative diseases such as Alzheimer’s disease and dementia. (8) Omega-3’s in particular have been shown to improve overall brain function, as they’re involved in the synthesis and function of brain neurotransmitters. (9)

Steroid hormones, such as estrogen and testosterone, are produced from cholesterol, which is found in fat. Therefore, a low-fat diet can contribute to hormone imbalance. (10) With a lack of fat in your diet, your body won’t be able to produce all of the hormones you need for optimal health.

Your hormones act as chemical messengers and work closely with one another to perform nearly every function in your body. This means that when one or two hormones aren’t being produced, the communication can get confused between all hormones. Your hormones aren’t just responsible for functions such as fertility, but for regulating your metabolism, sleep and wake cycle, and your mood – just to name a few.

3. Encourages You to Eat More Sugar 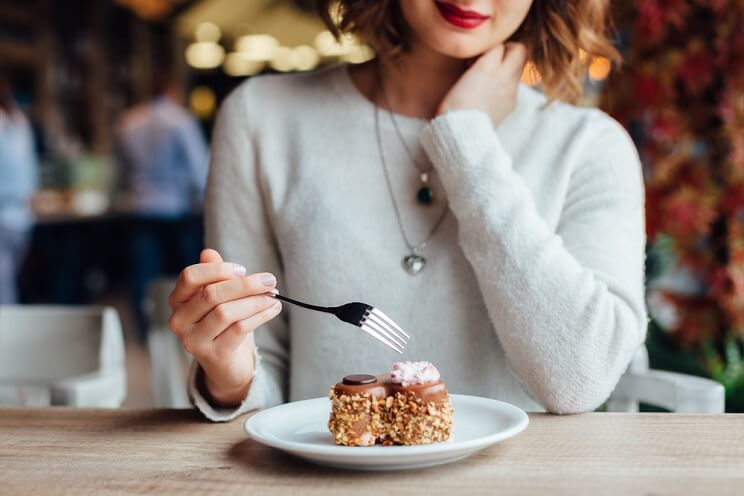 When low-fat diets became all the rage, low-fat dairy products, low-fat cereal, low-fat muffins, and even low-fat gummy bears graced the shelves of grocery stores. But here’s the thing: removing fat from a food causes it to lose most of its flavor, which makes it unappealing. To solve this problem, extra sugar is added in place of the fat.

In addition, low-fat diets are typically high in carbohydrates such as grains. Whether they’re whole grains like brown rice, or refined grains such as white bread, both varieties break down into sugar. There’s nothing wrong with eating whole grains once in a while (although they’re not tolerated on a Paleo diet), but when you’re eating grains at every meal to compensate for a missing food group, you’re bound to consume more carbohydrates than your body actually needs.

4. Can Increase Your Consumption of Common Food Sensitivities

Glutenous grains, such as whole wheat, oats and spelt, are one of the main components of a low-fat diet, as are beans and legumes. The only problem is that these foods are common food sensitivities (which is why they’re not part of a Paleo diet). Now, not everyone is sensitive to these foods, but the vast majority of people report significant relief from digestive symptoms once they remove gluten-containing grains, beans, and legumes from their diet.

As for gluten-free granola, waffles, cereal, or granola bars, many of these products are heavily processed and contain high amounts of refined sugar – which, as you now know, is more damaging to health than saturated fat.

All grains, beans, and legumes also contain a protein called lectins. Lectins have been linked to intestinal damage because they can be difficult for the body to break down and digest, especially if an enzyme deficiency is present or the digestive function is already weakened. (12) 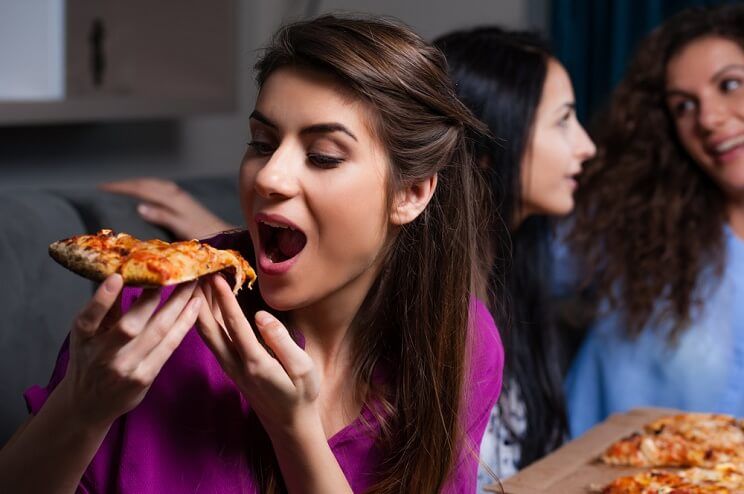 Because it’s slow to digest, fat is a nutrient that keeps your appetite full and satisfied for longer periods of time. Carbs, on the other hand, are the quickest nutrient to digest. Since low-fat diets are high in carbs, you’re more likely to reach for a chocolate bar, cookie, or even another meal only a few hours after you’ve eaten. This promotes you to consume excess calories throughout the day. [tweet_quote] The more sugar you eat, the more you crave it as an energy source. [/tweet_quote]

And have you ever heard the saying, “the more you eat it, the more you crave it”? This is especially true with carbs and sugar. Refined sugar can cause cravings for more sugar because it causes a rapid spike and crash in your blood sugar levels. When your blood sugar levels crash, you’re left feeling groggy and tired – and in need of a sugar fix to get your energy back up. This is a vicious cycle that not only creates constant cravings for sugar, but leads to metabolic syndromes such as type 2 diabetes. (13)

Fats are the building blocks of healthy skin cell membranes, and they also provide internal moisture and hydration to the skin. (14) This is why a common symptom of a fatty acid deficiency is dull, dry, or flaky skin. (15) As a natural anti-inflammatory, omega-3’s have also been linked to reducing the swelling and redness associated with acne. (16)

7. Prevents You from Absorbing Vitamins A, D, E and K

Vitamins A, D, E, and K cannot dissolve in water like most vitamins. Instead, they need fat in order to be absorbed. Therefore, a low-fat diet can cause deficiencies in these essential nutrients, which can cause permanent damage to your health. For example, vitamin D deficiency has been linked to osteoporosis because it aids in calcium absorption for strong, healthy bones. (15)

As you can see, fat is an integral part of any healthy diet – whether it’s Paleo or not. And while it isn’t necessary to avoid saturated fats, the best fats to regularly include in your diet are omega-3 and omega-6 essential fatty acids from quality food sources such as wild fish, wild game, olive oil, nuts, and seeds. These fats are essential for reducing inflammation, promoting a happy mood, balancing your hormones, and boosting your brain power. Needless to say, without a diet full of fat, it’s difficult to feel your best.

(Read This Next: The 10 Best Anti-Inflammatory Foods)