Kimberly’s transformation story explains how how she was finally able to free herself from the back pain she struggled with for years.

Today, Kimberly shares her inspiring story of how she was finally able to free herself from back pain and lose 55 pounds on the Paleo diet.  Read on to see exactly how she did it:

1. Tell us your Paleo story.

I have just kind of kicked along for many years, trying low fat, fat free and vegetarian diets.  Exercise has been, I guess, what could be called ‘chronic cardio’.  I enjoyed aerobics, step class, spinning, and always tried to be a runner.  After the age of 40, my weight continued to creep up.

Suffering from a sore neck, back and shoulders? Get our mobility guide to ease pain and soreness.
Get The FREE Mobility Guide To Fix Your Pain Today!

In the summer of 2012, my husband, Brian found a book called Wheat Belly.  He has been interested in the topic of GMOs and thought it might be interesting so he bought the book and began sharing what he read with me.  He suggested that we switch our diet up and try to eat wheat free to which I replied:

“THERE’S NOTHING WRONG WITH OUR DIET.  WE DON’T EVEN EAT MEAT.”

At the time of this discussion, I was in so much back pain that I would sit and weep.  The NSAIDs that I had been given by the docs caused too much stomach upset and I don’t really want to take ongoing medications.  Brian explained the problem with wheat causing inflammation and insulin spikes causing weight gain.  It began to come together; maybe everything I thought about nutrition was upside down.  I have 2 herniated discs and one that is torn in my lumbar spine.  I also have scoliosis, bone dams, and an ‘arthritic change’.  There is also a pesky thing on my sacrum called a Tarlov cyst.  I agreed that inflammation was the cause of the pain, so I agreed to give going wheat free a try.

We started eating Paleo during the first week of September, 2012, when I was around 190 pounds.  We also started training at a CrossFit gym that same week.  (And yes, that was another ‘hard headed Kim’ discussion too.)  I was convinced that I couldn’t do it, but the trainer there told me not to baby my back; that I had made it weak.   That’s probably one of the best pieces of advice I have ever received.

2. How long have you been Paleo?

3. Why did you start? What did you want to change? 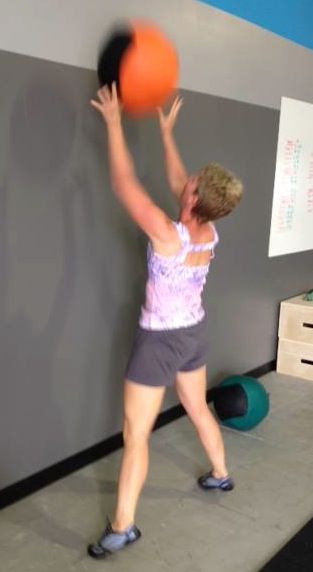 4. Was it hard to incorporate into your lifestyle?

We did not really have a hard transition at all, although I understand that many people do.  Our diet had been really restrictive before, so I guess that may have made a difference for us.  We treated ourselves to a glass of red wine and a piece of dark chocolate every night when we first went Paleo.   I gradually started eating more kinds of meat and fell back in love with bacon.  Yes, bacon!  Brian nor I focus on what we can’t eat; we focus on the wide variety of delicious foods we can eat.  We put good food into our bodies and in return we look better and feel great.

5. Give us an example of a typical day (workout/meal plans etc)

As far as what we eat these days, we typically have eggs and bacon for breakfast.  If I have left over vegetables from the day before, I throw them in with the eggs. 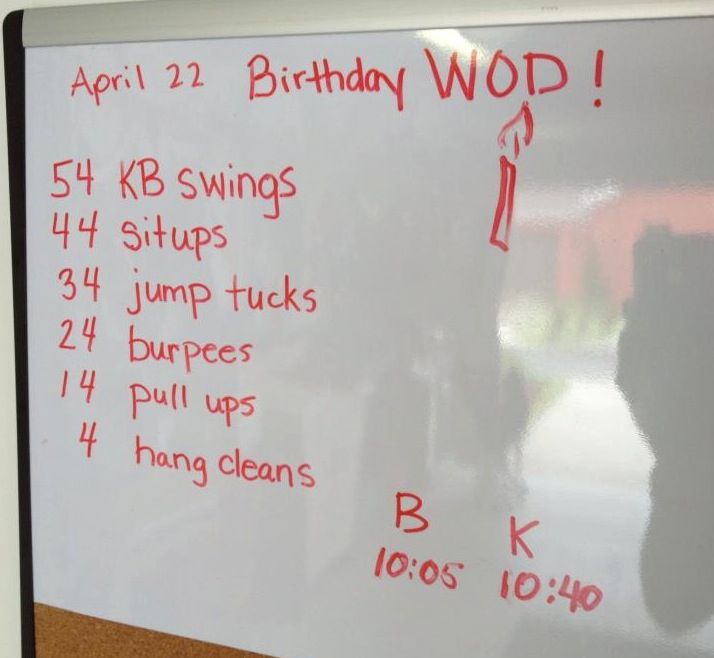 I try to cook a pork roast or turkey breast once a week to have on hand and use that in salads for lunch.  We make a large salad then and try to add in a few toasted macadamia nuts or cashews in with carrots, cucumbers, tomatoes, peppers.  Sometimes we add some fruit as a treat.  For dinner we love to eat roasted vegetables.  I have a stoneware baker that I love so I just heat our little convection oven to 425 degrees and cook whatever we want; it usually takes about an hour.  We use different combinations of squash, zucchini, and onions, carrots and onions, Brussels sprouts and onions with a few pats of coconut oil on top is all it takes…the onions get all sweet and delicious, so that is a staple.  Chopped sweet potatoes and onions are wonderful as well, but we limit those a bit. We add some kind of meat in with this.  Our slow cooker probably doesn’t know what hit it since it had only ever been used for cooking beans!  Now we cook the most wonderful dishes in there.  A few strips of bacon in the bottom of the cooker and a grass-fed beef or pork roast just magically cook up so tender that the meat falls apart.

Weight started falling off almost immediately and by November had gone from wearing sizes 12 and 14 to an 8.  Neighbors were starting to say that they didn’t recognize me when I was out walking our dog.  I don’t know what I actually weighed because I didn’t want to know and much of the literature said not to go by weight.  I would say that my back pain was gone in about two weeks.  I mean totally gone.

7. What words of encouragement do you have for the Paleo community?

I cannot even begin to describe what it is like to be free from pain!  I want to share my experience with everyone.  I feel certain that this is the answer to quite a lot of health issues that plague many people right now.  The weight I have lost and strength I have gained is almost secondary to not waking up to face the same issues of not being able to stand, sit, or lie down comfortably.  The last nine months have been an amazing discovery of what both my husband and I can do if we set our minds to it.  I wish that success for everyone.

(Read This Next: Joseph Slimmed Down and Doubled His Energy in Just 3 Months!)

Have YOU transformed your life with Paleo?  Help us inspire the Paleo community with your journey!  Email your story and photos to christina@paleohacks.com… we’d love to hear it!

Dr. Tom O’Bryan on Why Gluten Is a Health Hazard For Everyone
Next Post: Is It Paleo If It’s Not Organic?