Heal your gut and boost your immunity with this simple ginger tonic infused with the sweet flavors of maple and cinnamon!

If you’re feeling under the weather, you may need a boost of probiotics to improve your gut health. Drinking a large mug of this warm, gut-healing tonic can help. It’s infused with lemon, ginger, cinnamon, and maple syrup for immune-boosting protection against bad gut bacteria and the common cold. Best part is, you can make this simple tonic from scratch in just 20 minutes.

This recipe is the perfect antidote to keep you feeling your best. Brewed with natural spices and citrus, this tonic adds warmth, reduces inflammation, and increases antioxidant properties. Added apple cider vinegar fights bacteria, while maple syrup naturally sweetens. If not following a strict vegan diet, you can also swap out the maple syrup with honey in equal quantities.

Love apple cider vinegar? Boost your digestion and lose weight with our Apple Cider Vinegar handbook!
Click here to get your FREE copy of our ACV Guide! 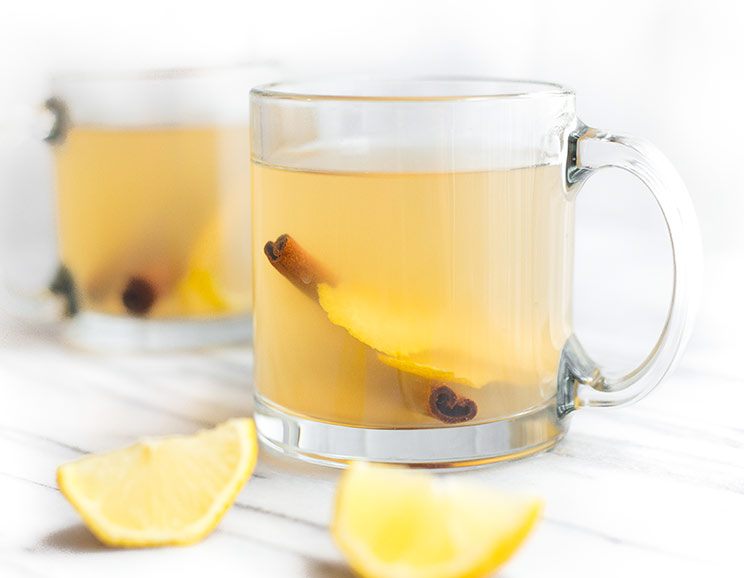 Next, add in the apple cider vinegar and maple syrup, stirring until fully dissolved. To prevent the good bacteria from being destroyed, it’s important to add the apple cider vinegar only after the tea has cooled. When finished, divide the tonic between four mugs and garnish with cinnamon sticks and lemon peel. Serve immediately and enjoy!

Felicia Lim
Heal your gut and boost your immunity with this simple tonic infused with maple, ginger, and cinnamon.

Watch the Recipe Video Below!