The Difference Between Ceylon Cinnamon VS Cassia Cinnamon

Cinnamon – it’s one of the healthiest spices in the world and has been used as a traditional herbal medicine for centuries. (1) (2) However, there are different types of cinnamon – and they are not all created equally.

That’s right – you may not be getting the true benefits of cinnamon at all, even if you do buy the small spice jar labeled “cinnamon.” There’s a big difference among the varieties due to a wide supply of cinnamon from around the world. Read on to recognize how to buy real cinnamon and avoid the junk.

The History Behind Cinnamon

The use of cinnamon dates back to ancient Egypt. The ancient Egyptians used it as a medicine, a spice, and as an embalming agent. (3)

Want to train your brain to be happier and healthier?
Click here to receive our FREE 7-Day Meditation Challenge! [tweet_quote] Ancient Egyptians used cinnamon as both a medicine and embalming agent. [/tweet_quote]

Cinnamon was so valued that it was considered more precious than gold at the time. (4) This was due to its scarcity and its multiple uses. Some of the earliest mentions of cinnamon are in the bible, and it was already important in civilizations dating back to 2000 BC. Cinnamon’s importance would continue to be extremely valuable; the Chinese and Europeans also came to use cinnamon in a daily capacity, as both a spice and a healing agent. Cinnamon’s value increased; although the actual source of cinnamon was widely unknown to many, it was used a great deal for its delicious taste and healing properties. As a result, it became one of the most popular goods traded in many cultures, all the way up to the 1700s.

Cinnamon – What Is It? 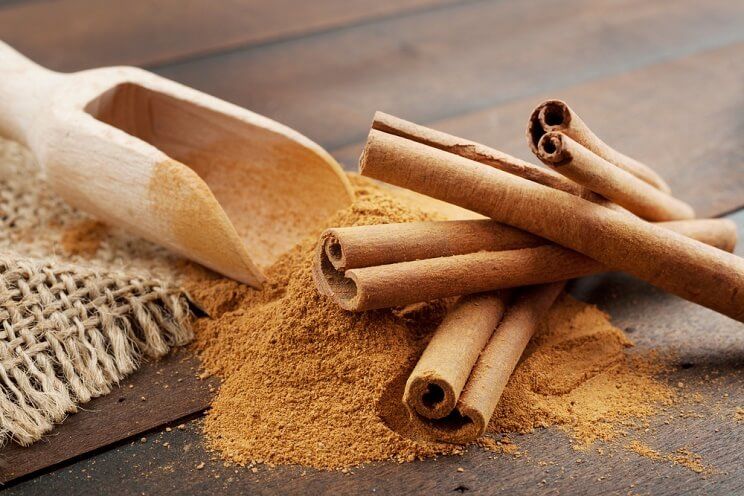 Cinnamon comes from a tree, and the cinnamon we use is actually the bark. Commonly, cinnamon is sold as a ground powder. Here’s where it gets tricky, though. There are two different kinds – cassia cinamon and Ceylon cinnamon. In most circles, the cassia variety is referred to as “fake” cinnamon, and Ceylon is referred to as “true” cinnamon. (5) [tweet_quote] Cassia is the more common type of cinnamon, but Ceylon is the true kind.[/tweet_quote]

The cinnamon commonly found in most supermarkets is likely the cassia variety. In fact, the “fake” cinnamon accounts for more than 90% of the cinnamon imported into the U.S. (6)

What Are the Health Benefits of Real Cinnamon? 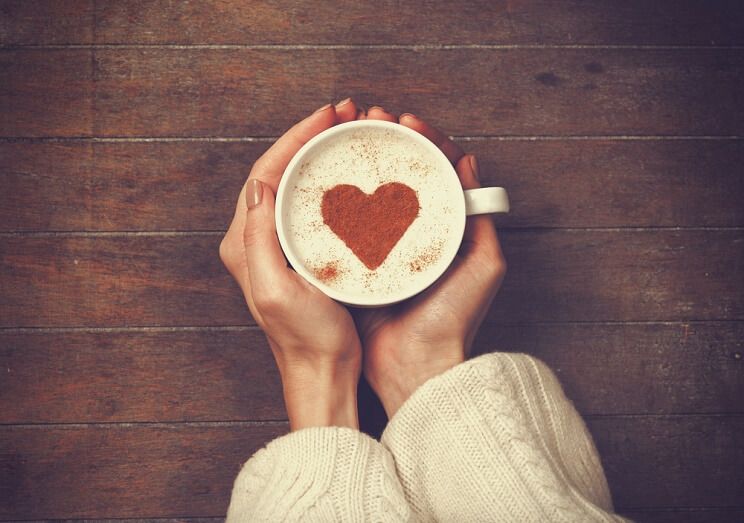 But before we get to the difference between the two, we need to discuss the benefits of using cinnamon in the first place. There are three elements in the essential oils of cinnamon, which make it a powerful spice. These elements are: cinnamyl alcohol, cinnamaldehyde, and cinnamyl acetate. (7) Cinnamyl alcohol is typically used in fragrances and cosmetic products, while cinnamyl acetate is used in products like hair conditioners and shampoos. All three of these elements are antifungal and antibacterial agents, and combine to make cinnamon a very potent, antioxidant-filled spice.

Blood platelets can clump together beneficially when circumstances warrant it – like when you accidentally cut your skin open, blood platelets clump together to stop the bleeding and create a scab. But day-to-day clumping is bad news, as clumping can lead to blood clots, which can be potentially fatal. The good news? Cinnamaldehyde helps to prevent excessive clumping of platelets by stopping the release of arachidonic acid, which is an inflammatory fatty acid.

Since cinnamon also performs cellular level activity, it is also classified as an anti-inflammatory food, since it stops the release of some inflammatory fatty acids, like arachidonic acid. (9)

One of the biggest benefits of consuming cinnamon is its ability to help regulate blood sugar. Interestingly, if you season a higher carbohydrate food with cinnamon, it can help ease the effect of the food on your blood sugar. (10)

I typically recommend clients use cinnamon to help with blood sugar issues, since diabetes may have a better insulin response when consuming cinnamon. Interestingly, studies have shown that compounds in cinnamon cause a response in insulin receptors and also stop an enzyme that blocks them, effectively making the body’s cells better able to use the sugar taken in via the food. (11)

Even in those who take in a lot of sugar (what we would refer to as a “high-fructose diet”), cinnamon still makes a difference. One scientific study showed that when given cinnamon, high sugar diets became almost comparable to normal diets. (12) Scientists conducting the study noted changes in mRNA coding, specifically for proteins related to memory, insulin sensitivity, and Alzheimer’s. This doesn’t mean to load up on the sugar, however! It just means that cinnamon could be used to help make a healthy diet even healthier.

Cinnamon is also a very strong antioxidant. In fact, in some studies, cinnamon beats out chemical antioxidants and most other natural spices. (13) Cinnamon also helps stop the growth of bacteria as well as fungus. Depending on your level of expertise around fungus, you may already know cinnamon is potent, since it is very effective against the common candida yeast. (14)

As if the benefits of cinnamon weren’t already overwhelming, one scientific study found that cinnamon seemed to enhance cognitive processing! (15)

This amazing research found that multiple parts of the brain were enhanced, resulting in an overall better memory. However promising this research though, we must remember that this was only one small study. The benefits of cinnamon may be even greater – we simply do not have all the answers yet.

The Difference Between ‘Real’ and ‘Fake’ Cinnamon

The two varieties, cassia and Ceylon, have somewhat comparable flavors. Cassia cinnamon isn’t quite as sweet as Ceylon cinnamon. Interestingly, the Ceylon (remember, that is the “real” cinnamon) is also harder to find in most supermarkets. Typically, you have to head to a specialty store to find the “true” cinnamon.

Now this is where things get interesting. The cassia (aka “fake”) cinnamon contains a very high amount of coumarin. (16) Coumarin is a flavoring substance, and it can be toxic. (17) The fake cinnamon typically contains over 1,000 times more coumarin compared with the real cinnamon. (18) Large amounts of coumarin, especially prolonged daily use, could potentially cause health problems (e.g., liver damage). (19)

But the differences don’t end there. Real cinnamon is more expensive, harder to find, and comes from a plant named cinnamomum zeylanicum. Real cinnamon is also light brown in color, and a little thinner and softer in appearance. Sticks of real cinnamon will be filled (picture a cigar) and have multiple layers. As mentioned, there will also be substantially less coumarin found in real cinnamon.

Perhaps most frustrating is that it is very hard to determine what type of cinnamon is found in a bottle or package. This leaves us with the choice of looking at cinnamon sticks and trying to pick between the real and the fake. Ceylon cinnamon can then be blended into a powder. Remember, the Ceylon sticks will be lighter and softer in appearance. If this option isn’t available for you, you can also purchase real, organic cinnamon online.

Scientific studies confirm that the benefits of real cinnamon are numerous. This includes, but is not limited to: antimicrobial and antiparasitic activity, lowering of blood glucose, antioxidant and free-radical scavenging properties, inhibition of tau aggregation and filament formation (hallmarks of Alzheimer’s disease), anti-inflammatory activity, and wound healing properties. (20)

Note: Just because cinnamon is labeled Ceylon does not necessarily mean it is organic. If I’m going to choose a spice to maximize my health, I want to make sure I’m getting the full benefit – and you should too.

While it may require more work to obtain the real cinnamon, the benefits certainly outweigh the cons. Remember, if you need to find cinnamon in a store or online, make sure it is also organic – as the health benefits of organic, real cinnamon will be far, far greater than the non-organic variety.

(Read This Next: The Easy Guide to Spices)

How to Slice an Avocado Into a Rose
Next Post: 17 Creative Ways to Recycle Used Coffee Grounds