Tons of us use condoms, but most of us are too shy or embarrassed to talk about them. That’s a shame, because finding the right condom can make for a safer, much more enjoyable sex life.

With all the options out there, it’s easy to feel overwhelmed. But now you don’t have to. If you’ve ever had questions (e.g., which type of condom to use, if you’re using them properly, and where can you find the best brands), this post is for you. 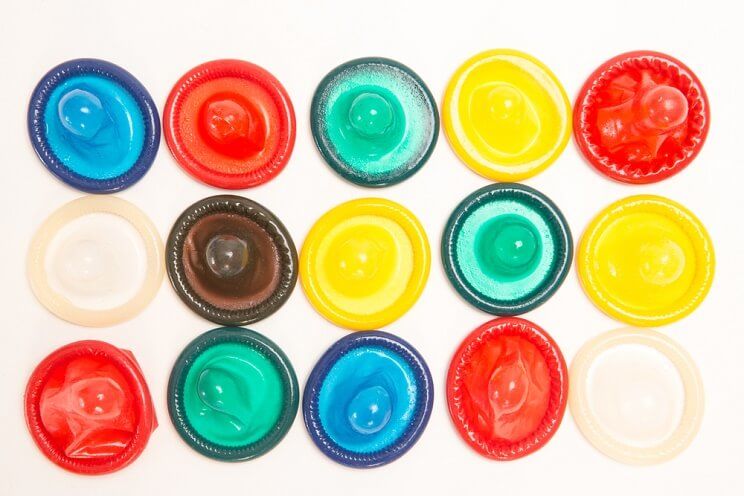 There are countless varieties of male condoms out there, but they all fit into a few broad categories, based on the materials used to make them.

[tweet_quote] Latex, polyurethane, polyisoprene and lamb skin are the most common types of condoms.[/tweet_quote]

Here are the most commonly used condom-types, and the key differences that make them unique. 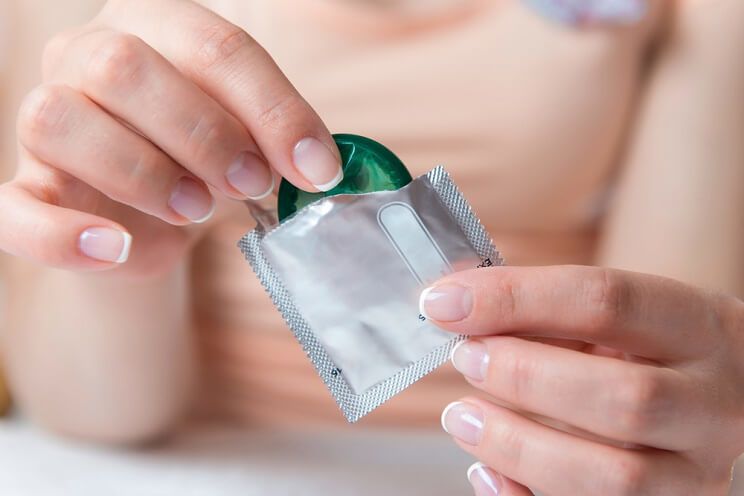 Latex condoms are the most common type on the market. Their roots date all the way back to 1855, when the first vulcanized rubber condom was produced (1).

In the United States, around 80% of condoms are manufactured using latex (2). Many of them are coated with a silicone-based lubricant. 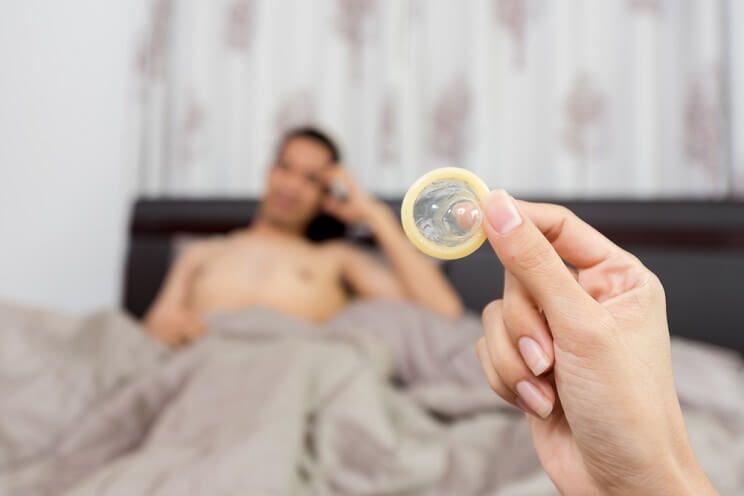 Polyurethane condoms are made of synthetic plastic. They’re clear in color, with a texture similar to the cling-wrap used to cover leftovers.

Polyurethane condoms just arrived on the scene a few decades ago. They offer a different feel than latex condoms, as well as a safe alternative for those with a latex allergy (8). 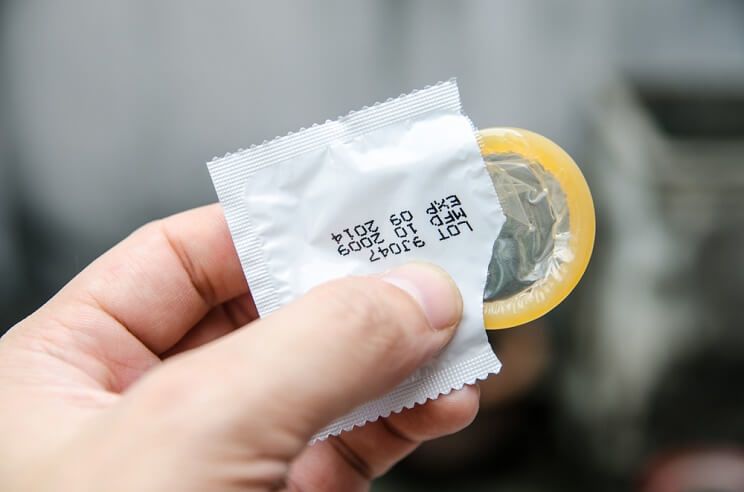 Approved by the FDA in 2008, polyisoprene is the newest type of condom on the market (11). It can be a great option if you’re allergic to (or just don’t like) latex condoms. [tweet_quote]Polyisoprene is a relatively new type of condom, and it’s hypoallergenic, elastic, inexpensive and effective.[/tweet_quote]

Chemically, polyisoprene is the same type of rubber as latex. Both materials share many characteristics. But manufacturers remove the proteins, which cause most people’s allergies (12). 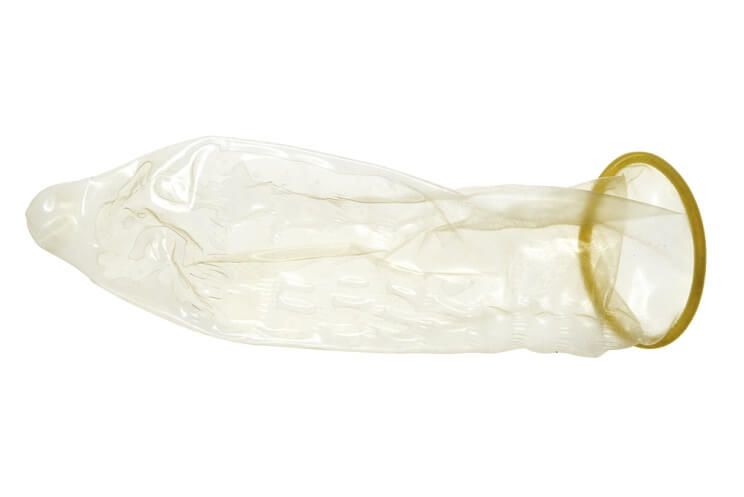 These male condoms are made from—you guessed it—lambs! It sounds strange, but manufacturers use a layer of membrane from the intestine, called the cecum. They’re the oldest type of condoms around, but they are only effective in preventing pregnancies, not STIs or STDs (14).

Lambskin used to be the only alternative for people sensitive to latex—until fairly recently, when polyurethane and polyisoprene condoms were introduced.

How to Use Condoms Properly 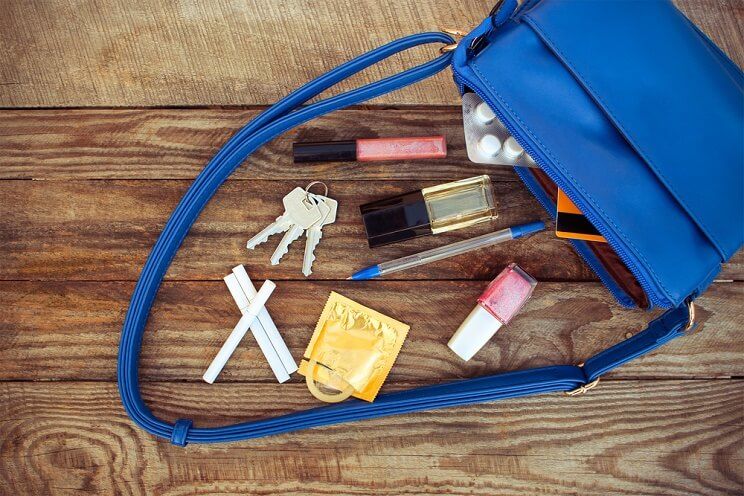 Figuring out which material you prefer for your condoms is just the first step. Next, you have to read through all the different labels, and figure out exactly which condom is best for you.

Manufacturers like to add lubricants and other chemicals, which are designed to create warming, cooling, and/or tingling effects in many of their condoms. Unfortunately, it can be tough to know exactly which ingredients they’re using, because a lot of it is protected as proprietary information (18).

Overall, your risk of harmful chemical exposure from condom use is minimal, but it’s worth paying attention to.

If all of this information sounds overwhelming, we’ve got you covered. Here’s a cheat sheet about the potentially harmful ingredients to avoid:

For more in-depth information, check out our post about chemicals found in condoms.

How To Find the Best Condoms 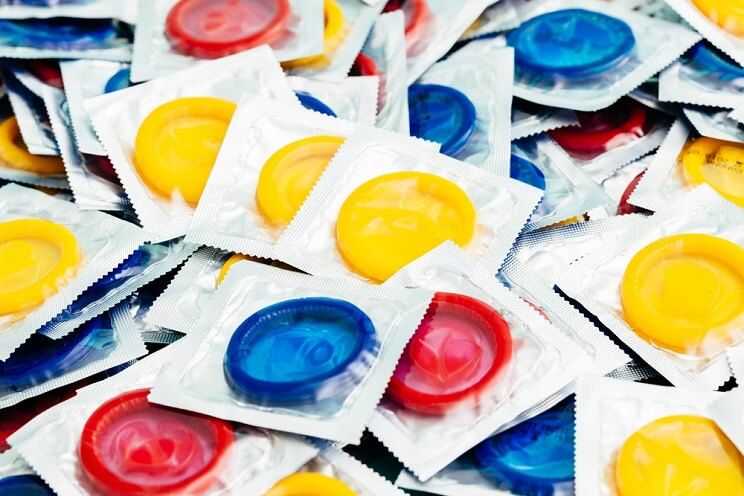 Don’t wait till you’re on a date. Rushing to a convenience store and quickly choosing condoms from a meager selection can be stressful. You’re more likely to end up with condoms that you don’t like, don’t fit properly, or both.

There’s a lot less pressure and anxiety when you buy condoms beforehand. Fortunately, more and more websites are popping up that help us do just that. Now you can easily compare different features, materials, and prices online. If you want, you can even get the winners shipped straight to your door! At the very least, websites are great research tools, so you don’t have to spend a bunch of time in the condom section of a store.

Amazon is always a great place to start. You can also try specialty condom websites (e.g., Condomania and Condom Depot), which are awesome if you’re looking for less common types or want to buy in bulk.

All different types of condoms offer the same statistical effectiveness against pregnancy. With the exception of lambskin, they also prevent the transmission of STIs and STDs.

Choosing the best condom for you will probably take some experimentation. Factors like feel, cost, availability, and allergies come into play before you find a winner. It can be a lot of fun figuring out which condom is your favorite!

If you’re worried about the chemicals found in certain male condoms or their lubricants, seek out top-quality manufacturers. You can even make all-natural lube on your own. It’s encouraging that brands focused on organic options are gaining so much traction. And you can always browse online to collect the data you need to make an informed decision.

Finding a safe, comfortable condom doesn’t have to be overwhelming. With a bit of research and preparation beforehand, you can get the protection you need and truly savor every sexual experience— and have more of them too.

How do you decide which male condoms to buy? Do you research different options, or is it usually a spur-of-the-moment decision? Leave a comment below, and share your experience!

(Read This Next: 11 Un-Sexy Chemicals Lurking in Condoms)

Camel Milk vs Cow Milk
Next Post: 6 Ways To Start Eating More Dirt (& Why It’s Healthy For You)