Truvia: The Pros and Cons of This ‘Healthy’ Sweetener

With more and more Americans suffering from type 2 diabetes, many know they need to cut down on their sugar intake.

Since sugar is addictive, and many of us are addicted, the sugar substitute products have come in and taken quite a large share of the sweet market. However, with new products cropping up all the time, and very few (if any) long-term studies done, you start to wonder how safe these products really are. And—on top of that—if they are a good choice to aid in weight loss and general health improvement.

[tweet_quote] Coca Cola has been sued TWICE over health claims about Truvia. [/tweet_quote]

The second most popular sugar substitute currently on the market is Truvia. While many use Truvia on a regular basis, few know what is actually in the substance itself. This is somewhat understandable, as it takes some admirable detective skills to get to the bottom of what’s lurking in this artificial sweetener. While the label claims that Truvia is “natural,” the truth is not quite so clear. It’s crucial to remember that in the United States, “natural” doesn’t always mean healthy. Nonetheless, the makers of Truvia, Coca-Cola and large food additive corporation Cargill, have been sued on two separate occasions over their natural claims about Truvia.

What Is Truvia Made Of? 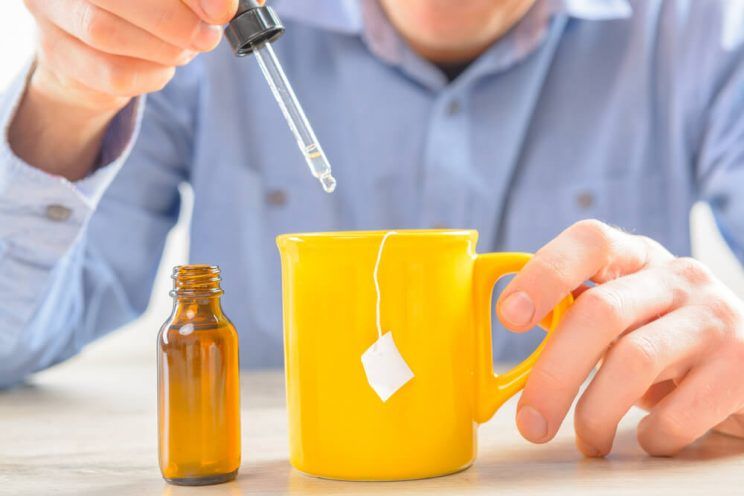 But first—what exactly is in Truvia? When we look at the label of a standard package of Truvia, we see that only 3 ingredients are listed. However, this is where the controversy begins. Though the marketing claims for Truvia are blasted with “made from the sweetest part of the stevia leaf,” Truvia is largely (and almost entirely) composed of erythritol.

So what’s really going on here is that Cargill and Coca-Cola have decided to use the actually studied, scientific benefits of one part of Stevia and market their artificial sweetener around it (which results in false, perceived health benefits). In reality, their product barely contains any Stevia at all! And the little Stevia that it does have isn’t even the right kind! Remember that stevioside (the other ingredient in Stevia, which is not found in Truvia) has been linked to health benefits. Not rebaudioside A, which is what is actually in Truvia. This whole bit is confusing and frustrating. And that’s exactly what they intended.

Truvia’s Erythritol is Made from GMO Corn 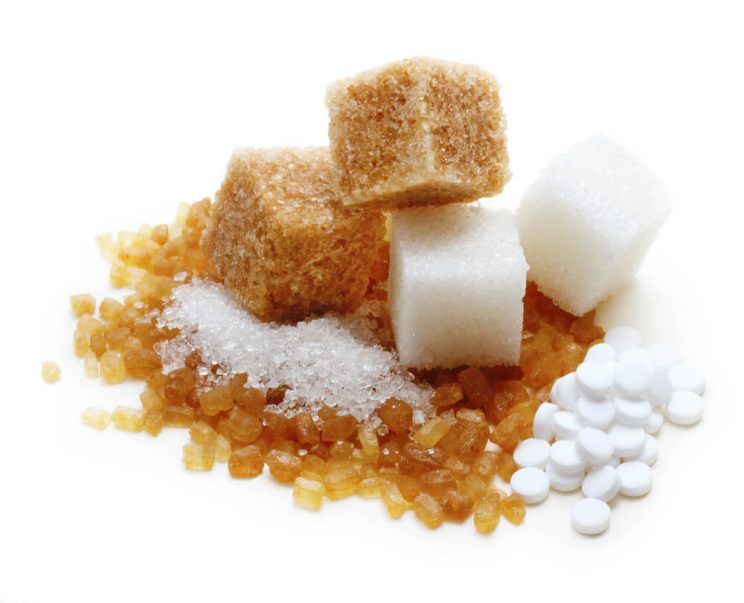 So at this point, you are likely wondering what exactly are you consuming when you use Truvia. And for that, we must examine erythritol, a sugar alcohol. Discovered in 1848 by a Scottish chemist, erythritol has emerged as a very popular sugar substitute. While being about 65% as sweet as sugar, erythritol offers many benefits over the traditional white stuff. It doesn’t cause tooth decay, doesn’t affect blood sugar, and is basically noncaloric. Studies so far have shown little (if any) harmful effects of erythritol consumption. [2]

One of the best benefits of erythritol is that it doesn’t cause nearly as many gastrointestinal issues as many other sugar substitutes, and on top of that, it is much more difficult for intestinal bacteria to digest. However, one of the issues many seem to have with Cargill, which manufactures Truvia, is that their erythritol is made from genetically modified corn, making Truvia not truly free of GMOs. 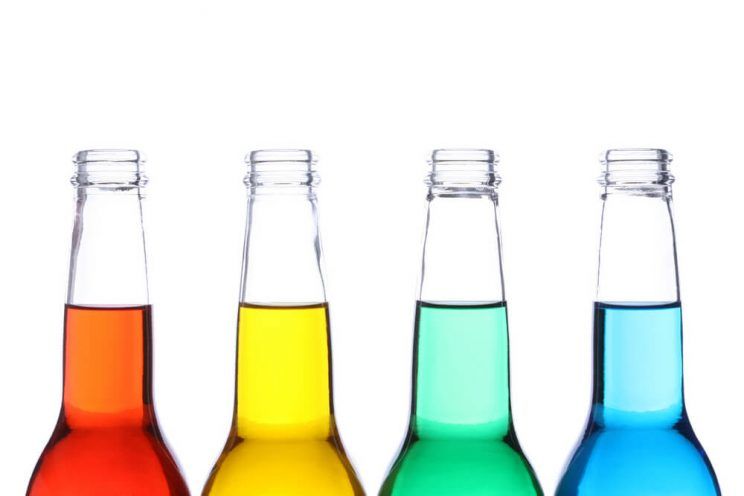 So far, we have seen why there are some serious concerns about ingesting Truvia on a regular basis. However, the icing on the proverbial cake is the “natural flavors” listed last on the label. It turns out that the FDA is extremely lax on this term as well, and since Cargill patented their blend, these “natural” flavors are very questionable. In fact, even if one digs deeply, they simply cannot find how these flavors are made, what they are, or anything about their existence at all. Strike three on Truvia being a natural sweetener.

Is Truvia Safe to Eat? 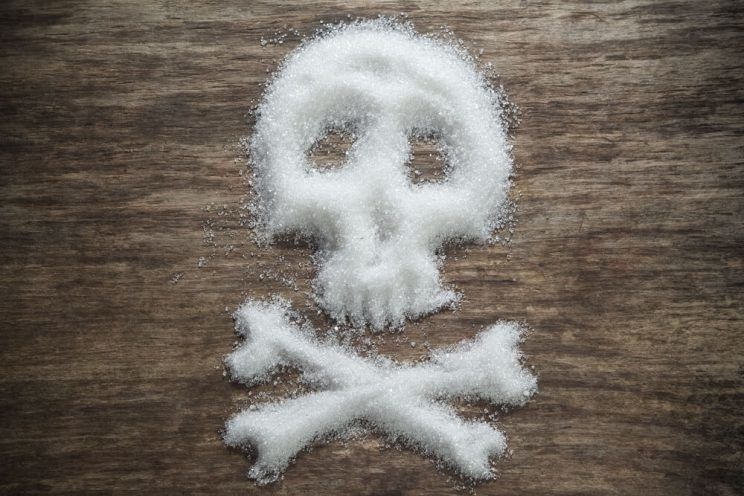 However, this doesn’t necessarily mean that Truvia is not safe to consume. There are many benefits to consuming Truvia over regular sugar, so it may be a passable substitute if you have severe blood sugar issues. It is important, though, that you realize exactly what you are consuming here: an artificial sweetener, made by 2 gigantic corporations, which traditionally have cared more about profits than your health.

Now, that is not to say that some Truvia here and there won’t be a more positive choice than the traditional white stuff. However, I wouldn’t make it a daily habit. Some scientific studies have shown that subjects can often gain weight by consuming artificial sweeteners. [3] This is largely due to your brain and taste receptors only receiving a semi-complete pleasure cycle, leading you to seek out more calories to complete the cycle. And—on top of that—they are usually sweeter calories.

The real path to long-term health and leanness is simply landmarked by a diet low in sweet tastes but high in nutrients. This is the real magic behind a Paleo diet. It removes the empty, sweet calories and replaces them with the highest quality proteins, fats and carbs. If you have severe metabolic issues, and/or a sugar addiction, Truvia may serve as a necessary, temporary evil. If it is a way to get sugar out of your life, then so be it. But tread lightly. 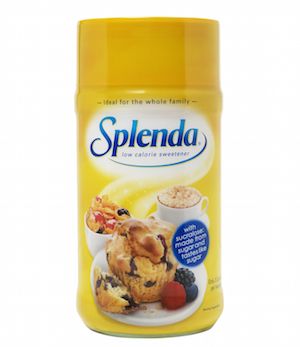 Splenda, another popular artificial sweetener, is familiar to most. But just last week, a fairly damning report came out, showing that Splenda has been definitively linked to cancer. [4] In fact, the Center for Science in the Public Interest (CSPI) has formally recommended that consumers avoid sucralose altogether. It is important to note, however, that the study, which many use as backing evidence, was performed on mice, not humans. On top of that, the study was over a lifetime, meaning that Splenda may be less harmful if used sparingly. [tweet_quote] Truvia will win out over Splenda. Every time. [/tweet_quote]

The real substance in Splenda that is being studied, of course, is sucralose. Interestingly, due to its unique structure, sucralose is not broken down easily. This means it sits in wastewater treatment plants, slowly accumulating in our surface water as well as in our groundwater. The choice here is very easy, as Truvia will win out over Splenda, every time.

Is Truvia Safe for Diabetics? 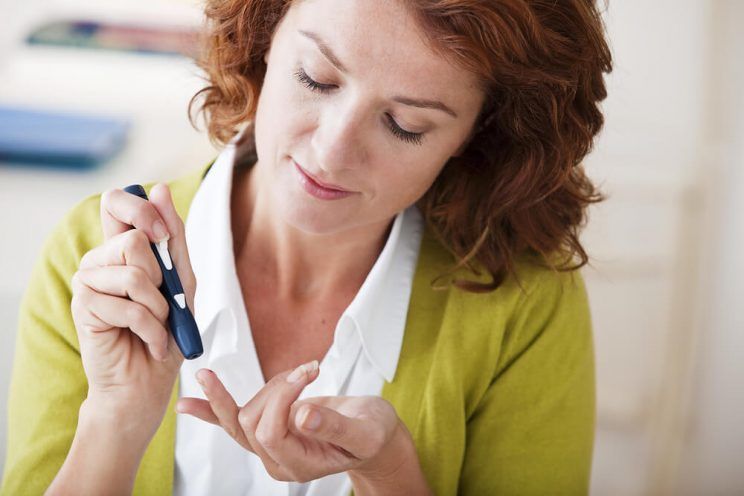 One question I receive often is if diabetics can safely consume Truvia. Though they should tread lightly when consuming new substances, especially sugar substitutes, Truvia should cause no problems in small doses. And while we’re on the topic, a healthy Paleo diet has been shown to work better for type 2 diabetes than a diabetes-specific diet. [5] Not too shabby.

So what’s the final verdict on Truvia? Here are three big things to remember: The marketing claims by Cargill seem to be purposely misleading, and it’s not clear cut if Truvia is 100% “natural”. Truvia also contains erythritol made from genetically modified corn, so it’s not truly free of GMOs. However, regarding health effects and regular consumption safety, Truvia actually fares much better than most sugar substitutes. Truvia does not affect insulin levels or blood sugar, and contains almost no calories. Perhaps best of all, it has almost no documented side effects, especially when consumed in moderate amounts.

If you are looking for a substance to use in Paleo baked goods, you could certainly give Truvia a try. But—it must be noted—that you need to use any artificial sweetener in moderation. Stick to the core tenets of a Paleo diet—nutrient dense protein, starchy carbs and healthy fats. Sugar is addictive, and even substitutes can be easy to go overboard with. Everything in moderation, including Truvia.

(Read This Next: 6 Ways to Beat Sugar Cravings for Good)