Thieves Oil: What It Is, Benefits & How to Make It

Ever hear of Thieves oil? Here’s the story behind this ancient oil - and how to concoct your own steal-worthy blend.

Ever hear of Thieves oil? Here’s the story behind this ancient oil – and how to concoct your own steal-worthy blend.

Thieves oil originated with actual thieves during a crucial time in our history. Legends abound, but one thing is certain: modern research backs up the powerful benefits of this unique oil blend.

Read on to discover what Thieves oil is, where it came from, and the amazing ways it can boost your health.

What Is Thieves Oil?

This essential oil blend has a unique past. As the story goes, during the height of the Bubonic plague sweeping Europe and Asia, four thieves from Marseilles became famous for robbing the possessions of the infected dead – yet never caught the plague themselves. (1)

People were stunned that these thieves were able to touch the bodies and remain healthy, as the plague was highly contagious. Word began to spread of this special concoction that could be soaked into a towel and wrapped over the nose to prevent the “pestilence” from entering. 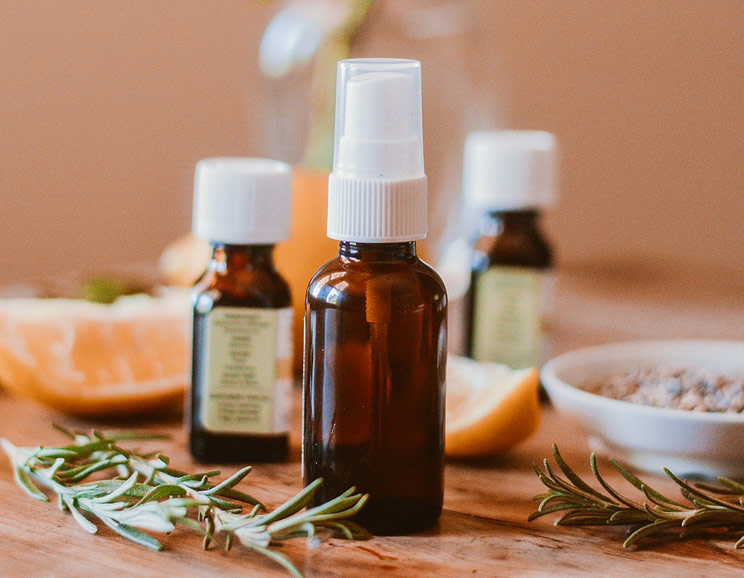 While there are many variations of the Thieves blend – with some sources claiming it was a vinegar infused with additions like garlic and lavender – the essence of Thieves can be found in these five base ingredients:

The benefits of Thieves oil stands the test of time. But just what is it about this blend, and these oils in particular, that make it so beneficial for your health?

The essential oil from this fragrant spice can help stop tumor growth and fight cancer cells, kill powerful bacteria such as E. coli, and even help reverse signs of liver damage. (2, 3, 4)

Research has found that cinnamon is anti-inflammatory, antimicrobial, antidiabetic, and can even help fight cancer and neurological diseases such as Parkinson’s and Alzheimer’s. (5)

The active ingredient in eucalyptus is proven to be effective against many powerful viruses and bacteria, such as tuberculosis and methicillin-resistant Staphylococcus aureus (MRSA). It also stimulates your immune system and can help relieve respiratory conditions such as asthma. (6)

Rosemary contains powerful compounds that can help prevent neural cell death (in the case of neurological diseases), protect against brain inflammation, and also lend its strong antibacterial and anticancer properties. (7)

Lemon oil improves digestion, reduces kidney and liver damage, and acts as a powerful disinfectant. (8, 9, 10) Many of the antioxidant compounds in lemon, including limonene, are thought to be responsible for its wide range of benefits. 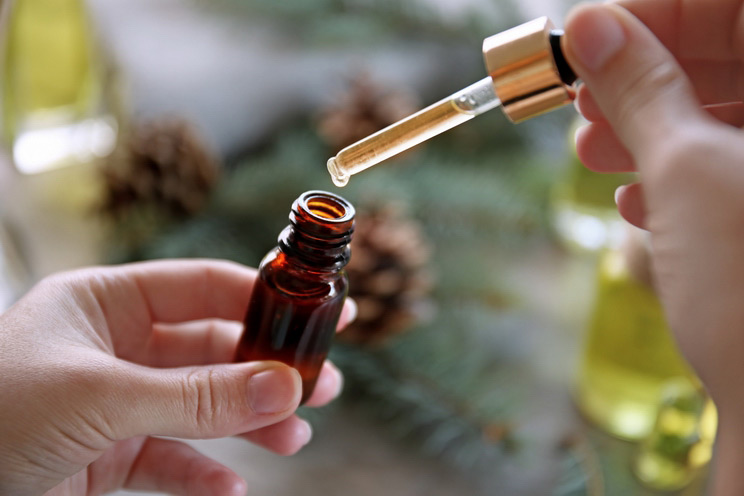 When all of these essential oils are combined, the powerful properties behind the legend of Thieves oil is unleashed. Read on to discover what makes it so beneficial for everyday use, even without the threat of the plague.

Thieves oil contains potent antibacterial properties. Studies show that it has a 99.6 percent kill rate of airborne bacteria after only 10 minutes of exposure – and this includes powerful bacteria like Staph. (11)

In addition, several of the oils in Thieves are touted for their ability to inhibit respiratory tract infections. These oils fight even penicillin-resistant strains of pneumonia, highlighting just how powerful these oils can be. (12)

Black mold, candida and other various fungus and yeast strains have no fighting chance against Thieves oil. Cinnamon bark oil in particular has been shown to inhibit fungi and other respiratory tract strains when diffused and inhaled. (13)

Another study showed that wax paper coated in cinnamon oil was able to completely prevent a type of mold from forming on sliced bread, even after three days. (14)

Several of the oils in Thieves prevent neural cell death and brain inflammation, as well as help kill cancer cells and slow tumor growth. (15, 16) One study found that a compound in clove oil in particular is effective against many types of cancer cells, with researchers mentioning it could be the next novel treatment for cancer. (17) 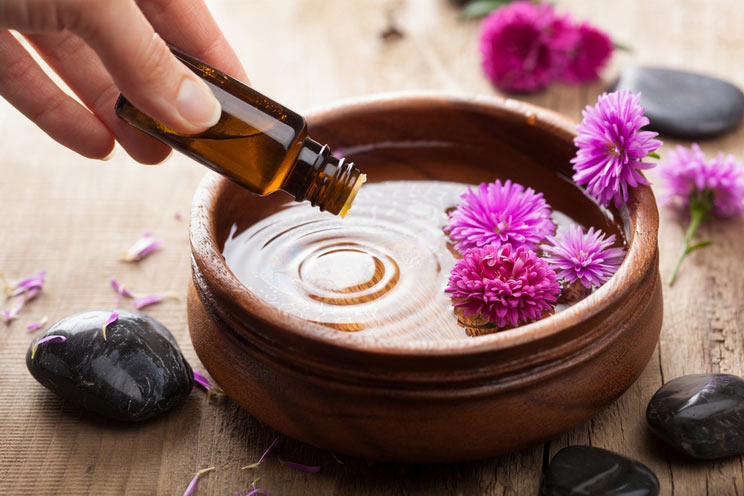 Thieves oil can be used in several ways for your health. Check them out:

You can diffuse Thieves oil throughout your home and inhale it in order to help clear up a cold or respiratory infection. Simply add a few drops to a diffuser and breathe deeply.

Thieves oil can also be ingested to reap its benefits. However, since essential oils are powerful concentrations, they can sometimes have a burning effect on the esophagus or lining of the stomach, altering digestive function. Before ingesting any essential oil, make sure to consult with your medical practitioner first, as they can recommend the best way to take Thieves oil orally. 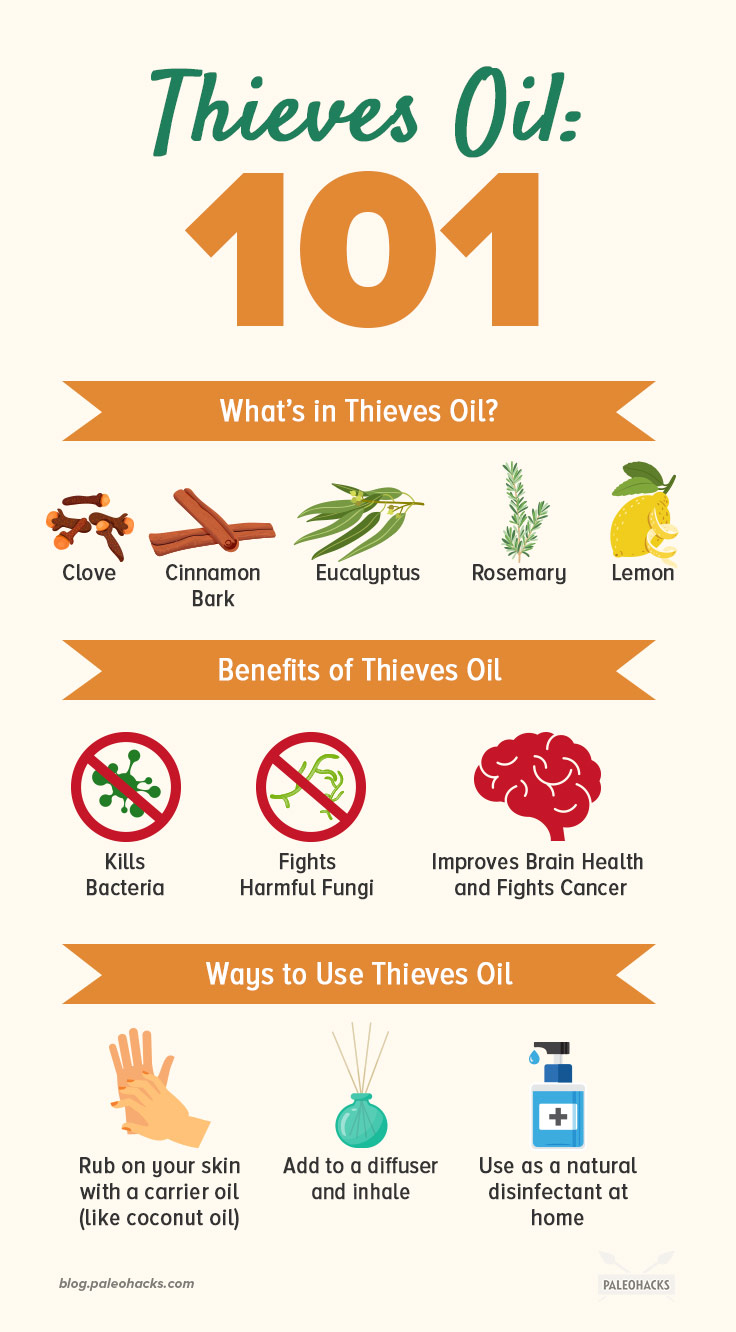 How to Use Thieves Oil in Your Home

You can also use Thieves oil as a natural disinfectant around your home. It’s great for wiping down counters, cleaning toys, disinfecting cutting boards, removing stale odors, freshening trash cans and gym bags, and even cleaning veggies.

Now that you know the amazing benefits of and ways to use Thieves oil, here’s how to make your own homemade blend! 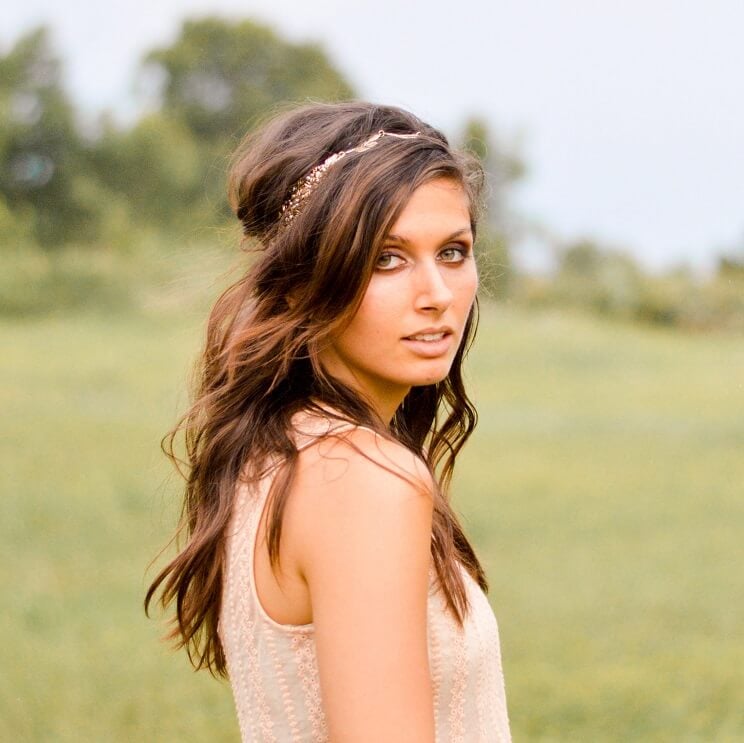 (Read This Next: The 7 Best Antibacterial Essential Oils and How to Use Them)