Honey. It’s quite possibly one of the purest “Paleo” foods we have left today. Despite the sting that may come with obtaining a handful, we can be sure that raw honey has been harvested and used as a tonic and medicine for at least 8,000 years. (1)

What is it about this nectar that inspires some to go such great lengths for a morsel? Aside from its sweet taste, honey is composed of roughly 200 substances such as amino acids, flavonoids, minerals, and enzymes that make it an energy-packed nutrient bomb – something that would have been extremely appealing to our ancestors, and is still appealing today. (2)

But is the friendly plastic honey bear we know in the grocery aisle today the same as the medicinal honey found in the ancient world? And why does it matter? Mainly because it turns out that familiar bear might just giving us a bottle of sugar, rather than true medicinal honey.

It’s not just a sweetener -- it’s medicine, too! Discover The Benefits of Nature’s Superfood: Honey
Click here to get your FREE copy of our Honey Guide!

Most Honey in Stores is Pasteurized

Most of the honey we see on store shelves is pasteurized, i.e., heated to the point where no microorganisms, beneficial or otherwise, can survive. While many might label this practice beneficial, as it gets rid of any dangerous bacteria that could be lurking in the liquid, research is beginning to show otherwise.

As we’ll discover below, pasteurization and processing of honey not only eliminates potentially dangerous pathogens, but also most of the beneficial substances in honey that have categorized it as a medicinal food throughout the centuries. This, in essence, leaves us with a sugar syrup void of enzymes and vitamins, no matter how pretty the packaging.

Luckily, raw, unprocessed honey is making a comeback from the ancient world. Let’s take a look at why you should invest in quality raw honey over regular honey (sorry, honey bear).

The use of honey as a disinfectant and antibacterial has resurfaced in recent years, with science confirming what the ancients apparently knew when they slathered the sweet substance on wounds. They may not have been aware that microbes were the cause of infection at the time; they simply knew that honey prevented it.

Now research has found that raw, untreated honey indeed acts as a potent antibacterial, anti-fungal, and antiviral, even in the face of “superbugs” such as those found in staph (MRSA) infections. (3) In fact, scientists have discovered that “regular”, raw honey (not including other types like Manuka – a potent medicinal honey) acts as a broad-spectrum antibacterial against 60 species of bacteria. (4)

In addition to protecting against infections, raw honey has also been shown to heal already infected wounds that are resistant to conventional antibiotic therapies. (6)

Although honey is extremely rich in natural sugars, it has been shown to have a positive effect on blood sugar levels. Even researchers were startled by the finding, stating in one study“, … honey is sweet and rich in sugars and it would not have been expected to exert a dose-dependent hypoglycemic effect”. (7)

The evidence is especially striking in diabetics, where honey is found to decrease serum glucose levels, increase serum insulin levels, and“… ameliorate(s) several metabolic derangements commonly observed in diabetes”. (8) In other words, raw honey has a stabilizing effect on sugar metabolism in diabetics – despite its high sugar content.

3. Raw Honey Is Rich in Enzymes and Promotes Digestive Health

Enzymes are extremely important for keeping our body functioning at an optimum level. Researchers have discovered over 3,000 enzymes responsible for every major biochemical reaction in the body, including, but not limited to: driving nutrients into cells, absorbing oxygen, producing energy, breaking down fats and carbohydrates, and regulating hormones. (9)

Raw honey contains a host of these beneficial enzymes, which have been shown to play a special role in promoting digestive health. For instance, several studies have shown raw honey to be effective against stomach ulcers and also help repair damaged intestinal mucosa. (10)

In addition to these enzymes, raw honey also contains 4 to 5% fructooligosaccharides, which act as probiotics, and have been shown in studies to increase levels of beneficial bifidobacteria and lactobacilli in the colon. (11, 12)

Need another reason to go raw? The enzyme levels in raw honey drop an average of 35 percent (with some enzymes such as invertase being almost completely eliminated) due to pasteurization. (13)

The enzymes in raw honey that we spoke of earlier also have anti-inflammatory properties. Its anti-inflammatory effects have been studied in a variety of situations, ranging from topical wounds to intestinal inflammation. (14)

For instance, studies have shown raw honey to be effective in treating eczema and psoriasis, as well as being as effective as prescription medication in the treatment of colitis. (15)

According to studies on raw honey’s effect on cancer, researchers have concluded that it has the ability to act as a natural immune booster (not to mention as a natural “cancer vaccine”). (16) Aside from boosting the body’s production of antibodies to help fight disease, honey also contains potent antioxidants that play a role in supporting the immune system. (17)

Honey contains an abundant amount of antioxidants, referred to as “phenolics”, that have been associated with protective effects against cardiovascular disease. (18) Studies have also shown that patients receiving 70 grams of natural honey per day for 30 days reduced total cholesterol levels. (19)

Other Benefits of Raw Honey

The list of the benefits of honey is extensive and, most importantly, backed by research. In addition to the benefits above, it has also been shown to be effective against respiratory ailments, measles, chest pain, male impotence, cardiac disorders, and high blood pressure. (21)

Note: be sure any honey you’re purchasing plainly states “raw” or “unpasteurized”, as the terms “natural” and “all-natural” do not mean it’s raw. Also, don’t worry if your honey has bits of propolis (parts of the honeycomb) mixed in. This is a good sign, indicating that the honey has undergone very little, if any, processing. 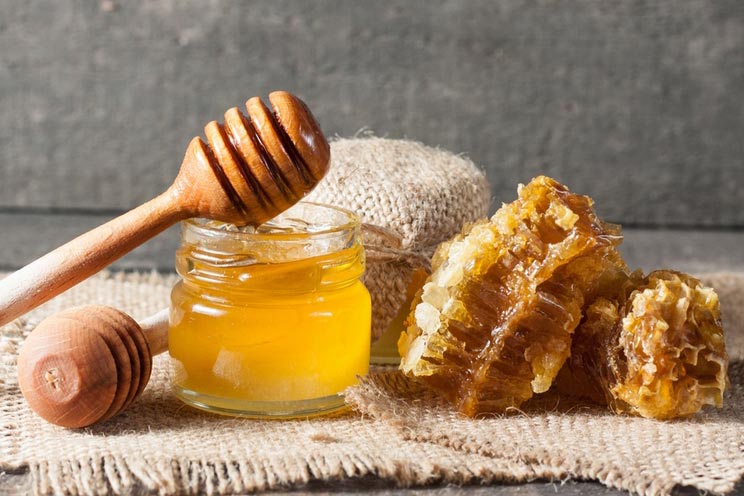 To recap, raw honey contains a host of beneficial substances found to be lacking in regular processed honey. Namely, regular honey lacks beneficial enzymes destroyed by heat pasteurization, and also several antioxidants that are heat sensitive. (22, 23) Unfortunately, many of these compounds are the ones responsible for the abundant medicinal properties associated with honey. For instance, remember those phenolic compounds researchers believe are responsible for honey’s beneficial effect on cholesterol? It turns out that some of these have exhibited decreases in total levels when exposed to heat or pasteurization. (24) This makes purchasing raw, unpasteurized honey even more crucial if you’re consuming it for its health effects.

As we can see, raw honey wins hands-down when it comes to health. When unprocessed, with all of its beneficial enzymes intact, it can have potent medicinal properties lacking in commercial honeys. 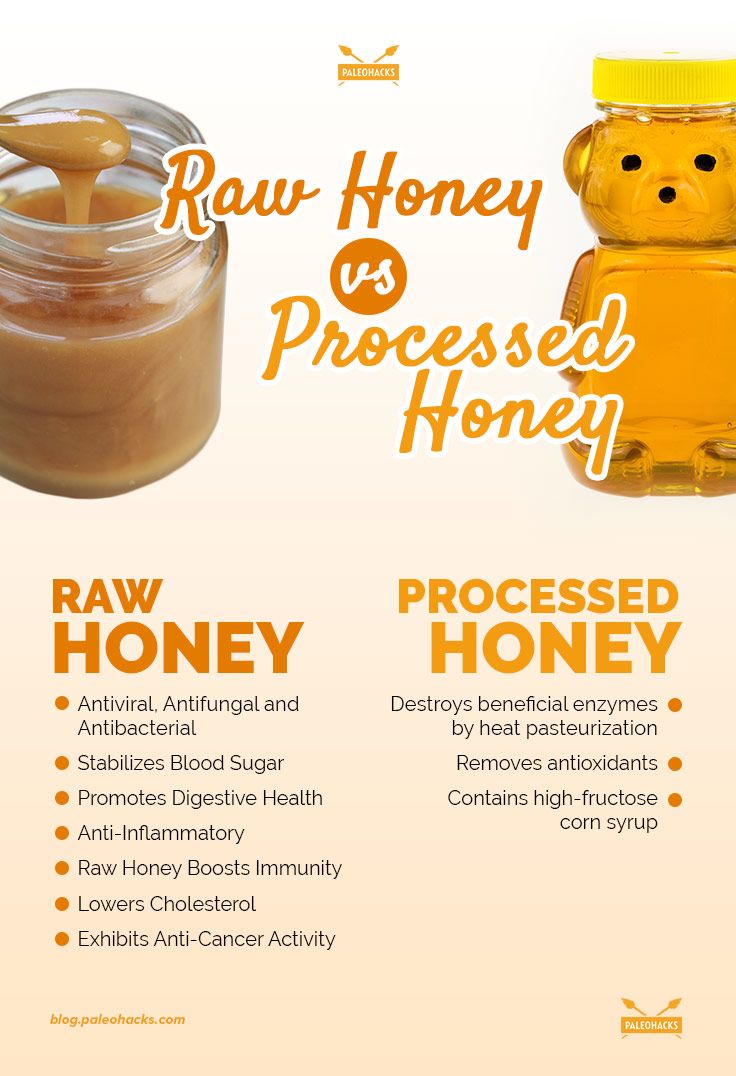 (Read This Next: 7 Amazing Health Benefits of Turmeric, The Wonder Spice)