This Paleo Bacon Spinach Quiche is made with a sweet potato crust for the perfect Paleo breakfast.

Need something to bring to a big brunch? This recipe will feed lots of people and its sure to impress. With a crust of shredded sweet potato and a filling of garlic, spinach and bacon, this quiche won’t make it long. It’s basically a perfect Paleo breakfast pie!

Start by cooking the bacon in the oven. This will yield perfectly crispy bacon that will crumble easily when drained of excess grease. Meanwhile, use a food processor to shred one large sweet potato. You could use a box grater instead, but it’ll take a little longer. Watch out for your knuckles, too!

Press the shredded sweet potato into a pie dish greased with butter, and bake 20-25 minutes to create the crust of the quiche.

Prepare the filling for the bacon spinach quiche while the sweet potato crust is in the oven. Start by sauteeing garlic, onions and spinach on the stovetop until softened. In a separate bowl, whisk 6 eggs until fluffy. Slowly incorporate the spinach mixture and crumbled bacon, and pour into the pie crust. Then bake another 30 minutes or so, or until the filling is set. 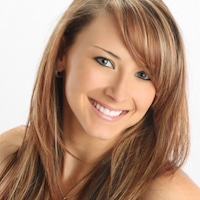 Deanna Dorman
This Paleo Bacon Spinach Quiche is made with a sweet potato crust for the perfect Paleo breakfast.

Why Visceral Fat is So Dangerous (and How to Get Rid of It)
Next Post: 8 Surprising Health Benefits of Dark Chocolate