Elevate your morning cup of joe with these dreamy, creamy and totally Paleo-friendly coffee creamer recipes.

Elevate your morning cup of joe with these dreamy, creamy and totally Paleo-friendly coffee creamer recipes.

Sometimes, it’s difficult to resist the lure of the drive-thru coffee shop’s offerings, because those decadent coffee concoctions taste pretty damn great. Unfortunately, they’re chock full of things that are terrible for you. From artificial sweeteners to dairy or soy, there’s nary an item on a coffee shop menu that’s Paleo-friendly.

But don’t despair: We’ve compiled a bevy of flavored (and not-so-heavily-flavored) coffee and tea creamers to spice up your caffeine buzz. There’s unique flavor combinations, like turmeric and lavender, and more classic flavors like vanilla caramel. If you’re craving a candy bar, there’s clean-eating-friendly Snickers coffee creamer. And if you’re a big fan of seasonal beverages, we’ve got gingerbread, pumpkin and even peppermint mocha recipes to sate your holiday cravings anytime of the year.

Reminder: These recipes are just as good in tea as they are in coffee. If you’re sensitive to the caffeine jolt and stressed adrenals of coffee, go ahead and try these creamers in a cup of tea. 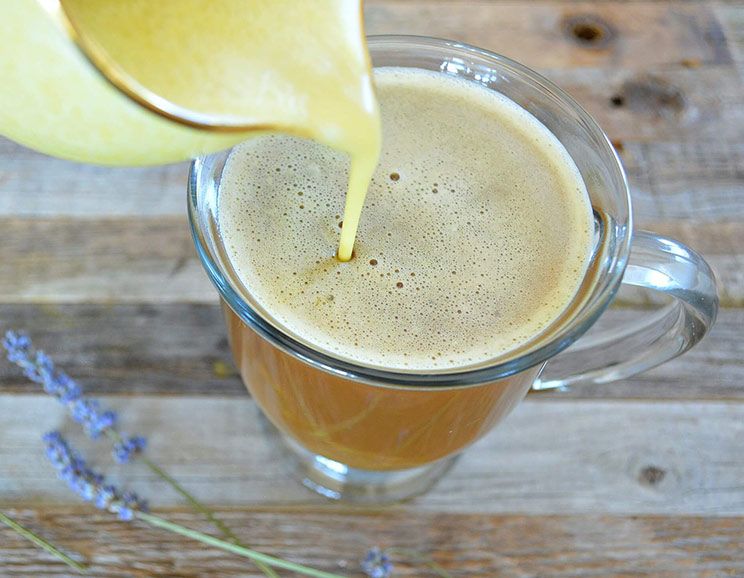 Start your day with something uniquely floral and spiced in flavor. Bonus: This creamer is anti-inflammatory, thanks to the addition of turmeric. 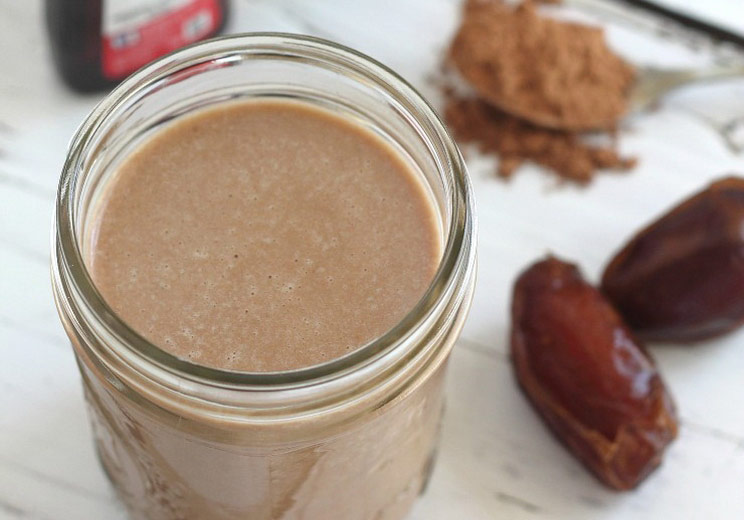 Craving a candy bar? Squash that urge with a sweet and nutty creamer to pour in your favorite cuppa joe or tea. 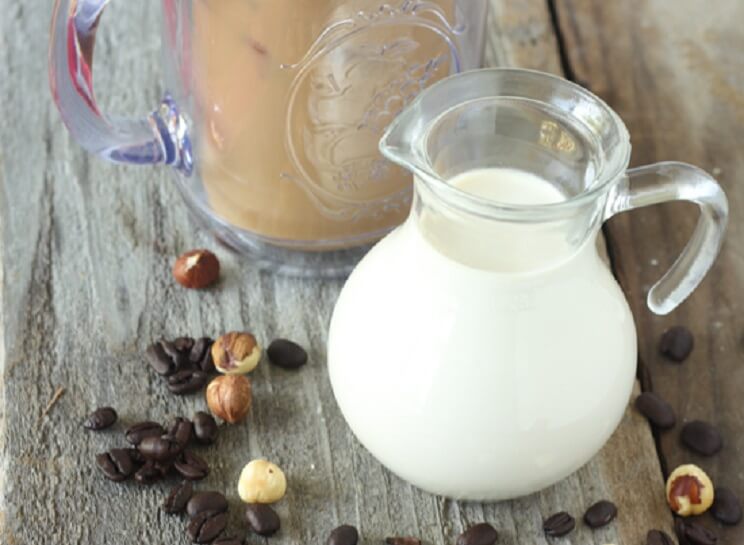 Another sweet and nutty creamer, this recipe uses real hazelnuts – much unlike the bottled stuff on grocery store shelves. 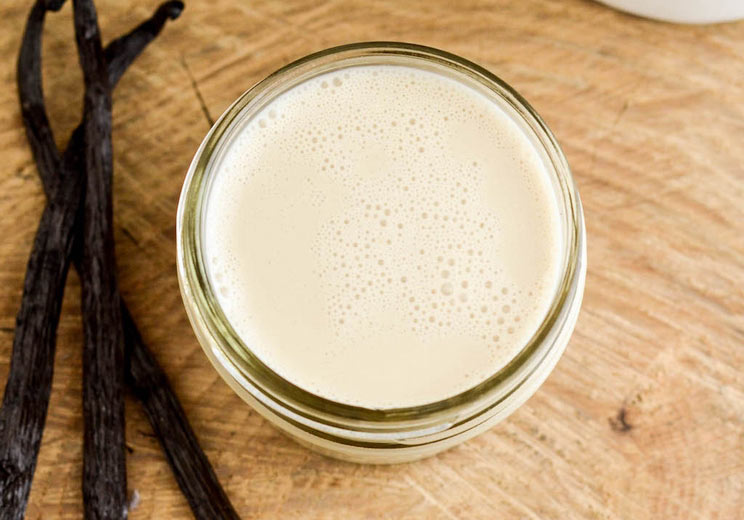 Vanilla and coconut pair beautifully in an uber-creamy elixir. We recommend this with a cup of English breakfast tea. 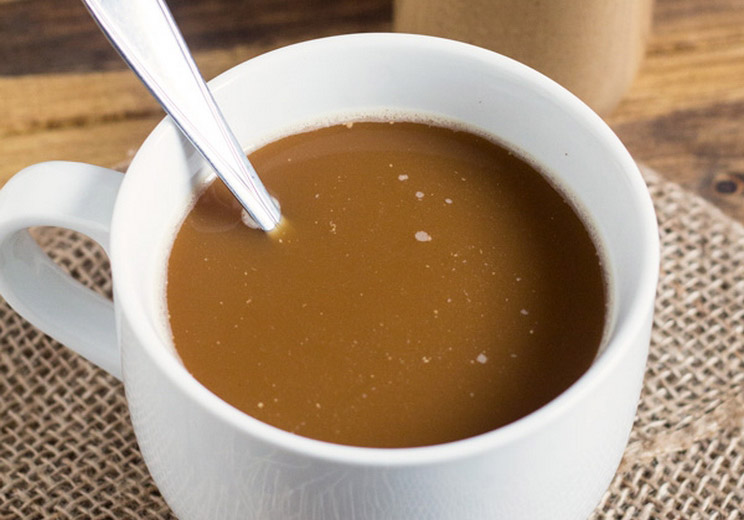 Capture the warmth of the season with this coffee and tea creamer that’s totally clean-eating friendly. 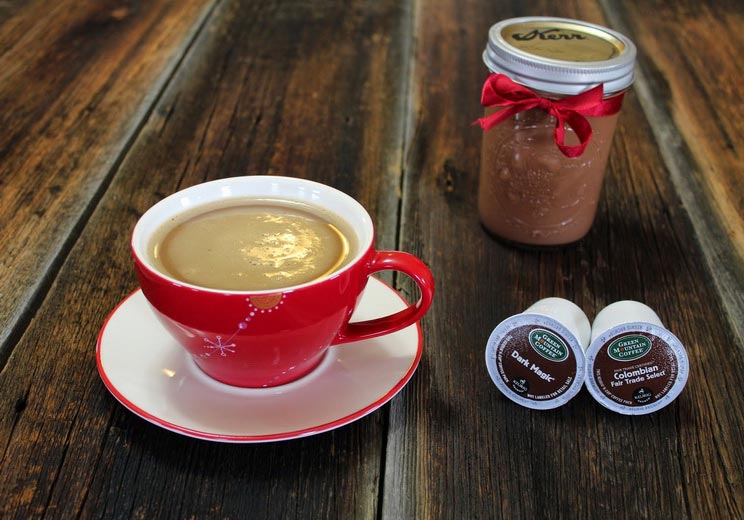 Even Christmastime beverages are within reach with this totally Paleo peppermint mocha creamer. 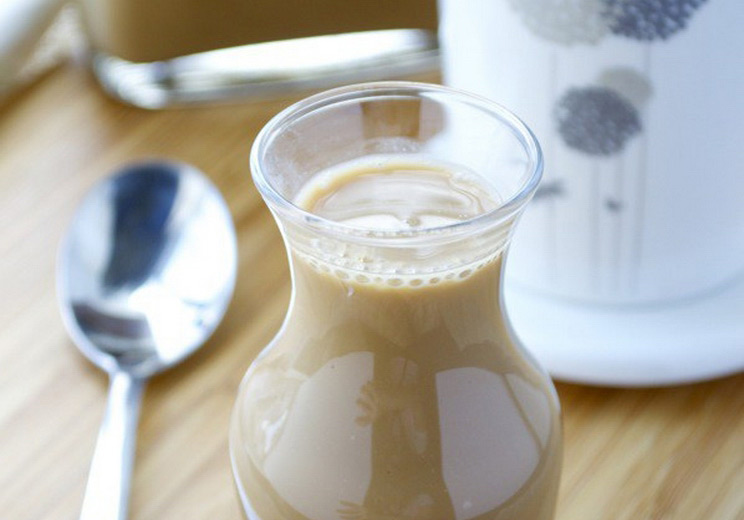 Simple but ever-so-luscious, the combination of caramel and vanilla is never a wrong decision – especially when it’s Paleo! 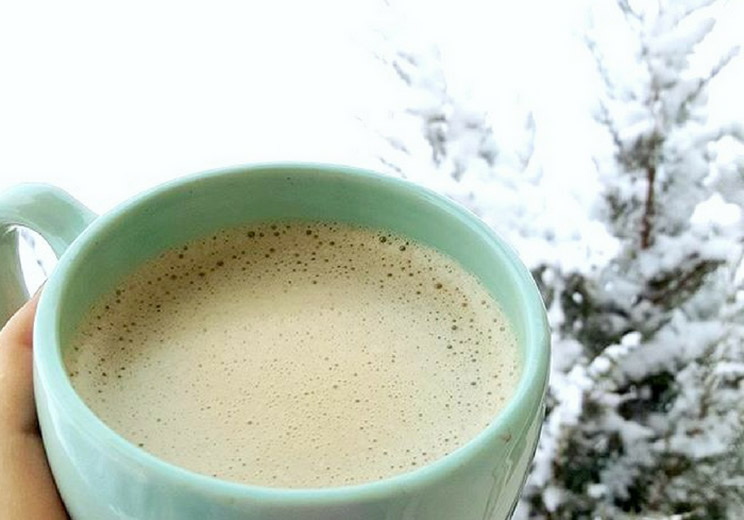 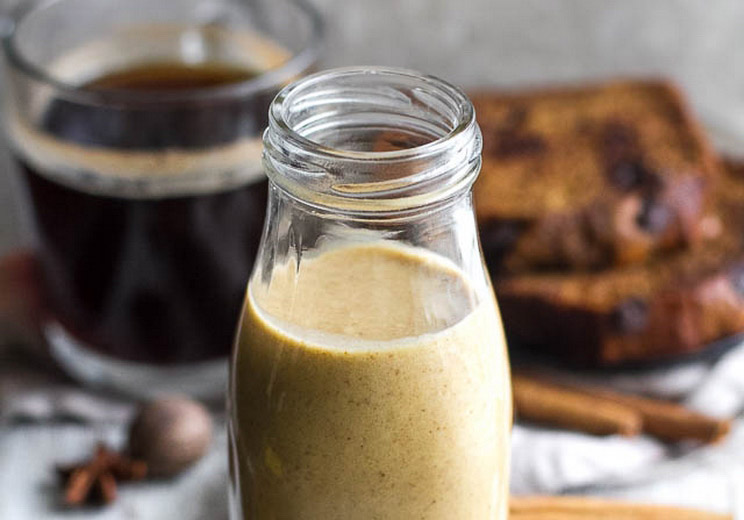 Starbucks be damned: This dairy-free pumpkin spice coffee creamer is every bit as good as the famous latte that ushers in fall. 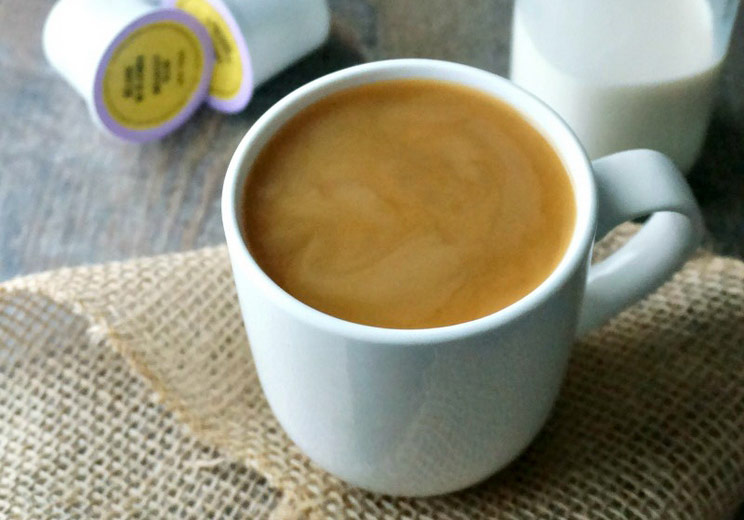 This simple coconut vanilla creamer boasts only three ingredients, so you have no excuses when it comes to whipping up a Paleo-friendly coffee creamer. 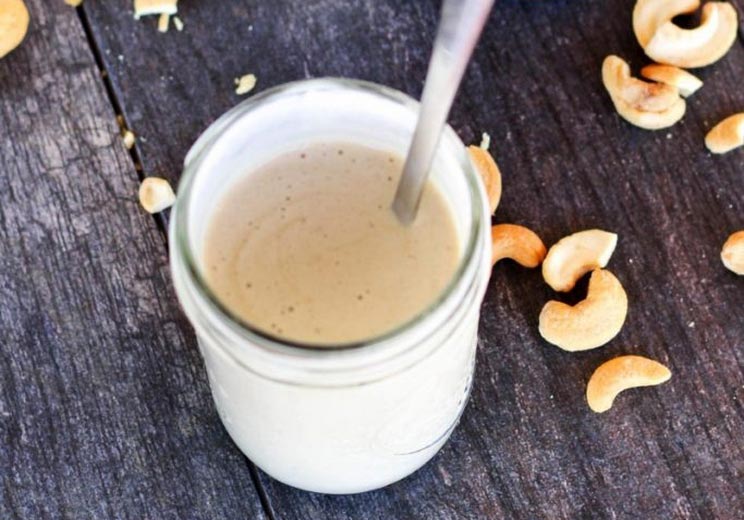 Did you know cashews could make your coffee and tea extra-creamy? Bonus: This recipe is totally added sugar-free, thanks to the natural sweetness of the dates. 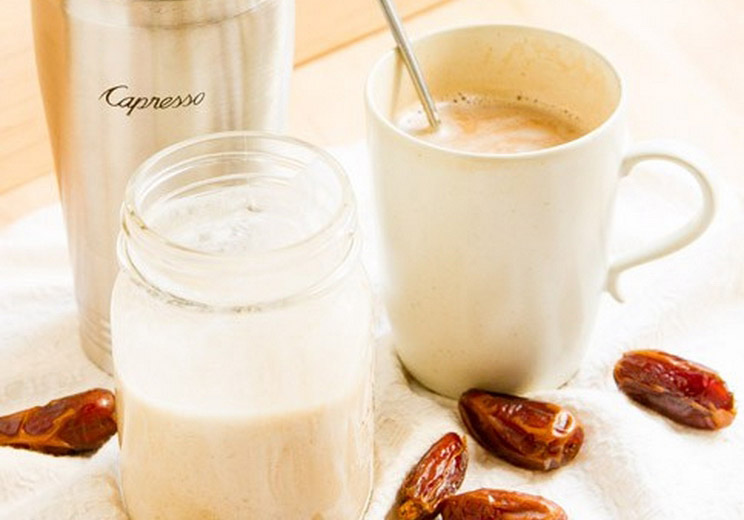 Sometimes, you don’t need any fancy added flavors. This basic coconut milk creamer gets the job done in a pinch. 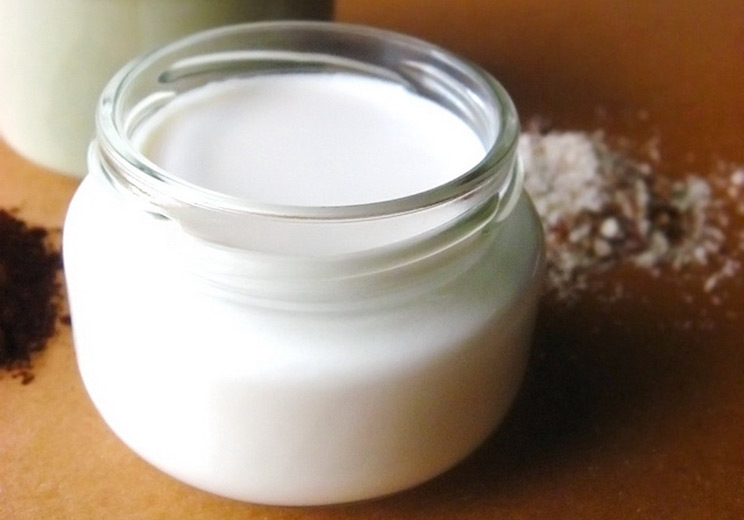 If you’re not a fan of coconut or otherwise unable to enjoy it, here’s an almond milk-based recipe to enjoy in your cuppa. 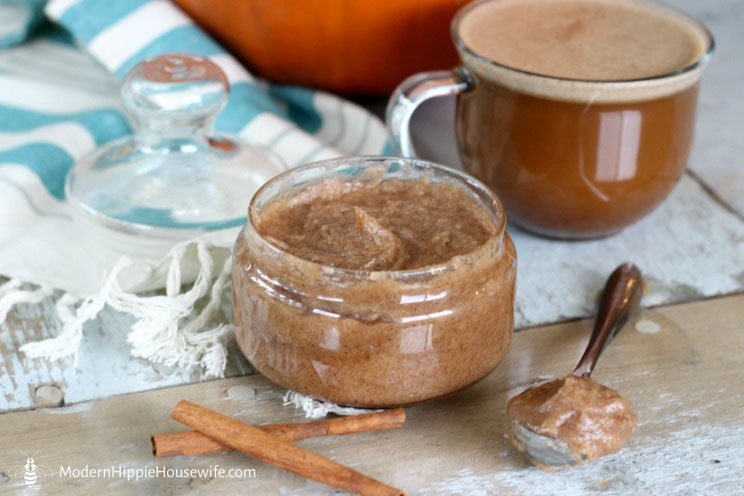 This slightly unorthodox coffee creamer is more of a coconut oil-based paste, but it’s every bit as delicious as the original stuff. 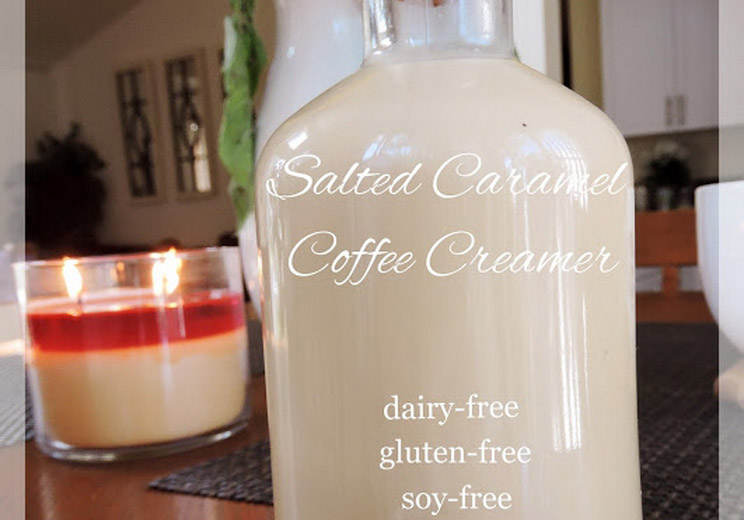 A pinch of salt brings out even more flavor in your coffee and tea. 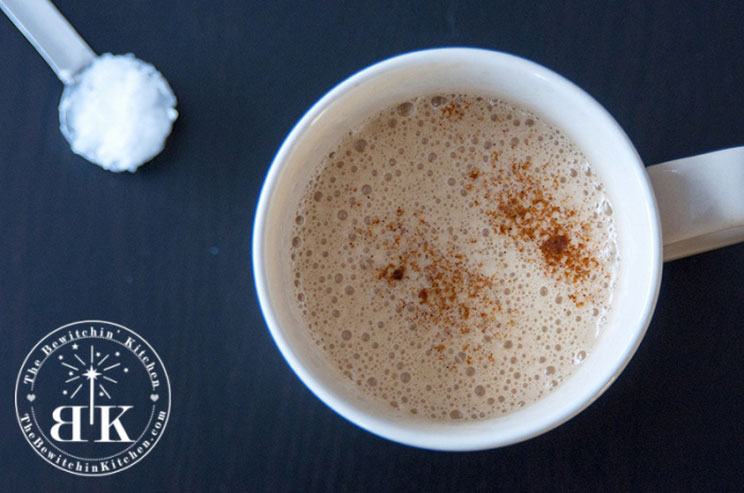 This isn’t so much a recipe as it is a tip, but blending your coffee with a dollop of coconut oil produces insanely creamy results.

Vanilla purists will appreciate this Paleo coffee creamer, made creamy with blended cashews. 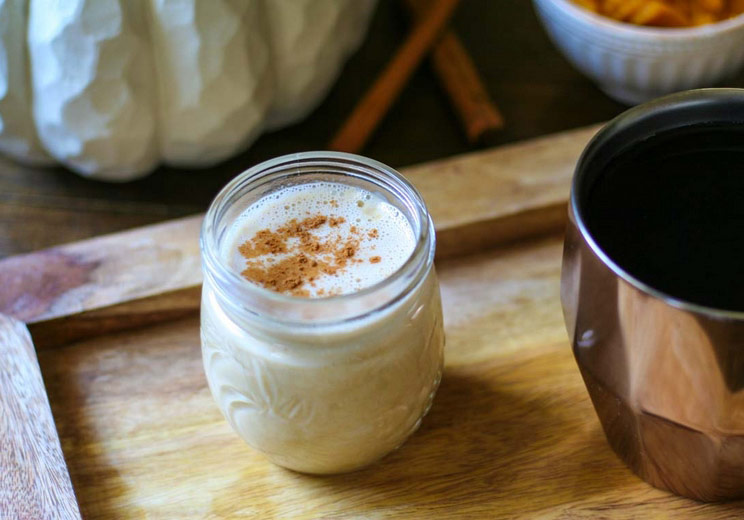 Yes, this creamer has actual pumpkin in the recipe, making for an extremely creamy treat.