21 Homemade Paleo Cereals Better Than Anything In a Box

Upgrade your morning breakfast with these 21 Homemade Paleo Cereals you can make without any pesky preservatives.

Upgrade your breakfast with these homemade Paleo-friendly cereal recipes you can make without any pesky preservatives!

Instead, give your classic cereals a Paleo makeover with these simple copycat recipes to satisfy the kids (or even the kid in you). Think cinnamon toast crunch made with almond flour or chocolatey cocoa puffs without refined sugars. Are you a fan of hearty carrot cake in a bowl? We’ve got you covered! Pick from fruity flavors or chocolate cookie crisps! Whichever recipe you decide to try first, you’ll never go back to conventional brands again. 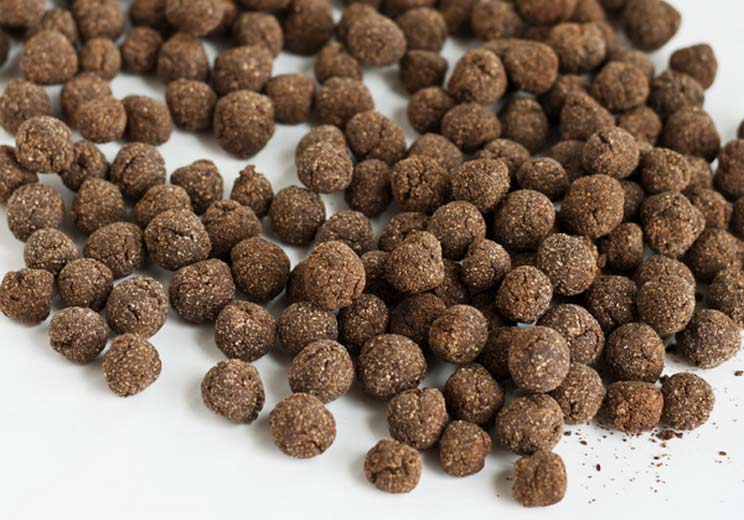 Crispy, crunchy chocolate-y cocoa puffs – but without all the added refined sugars and preservatives. Opt for raw cacao powder to keep things Paleo-friendly. 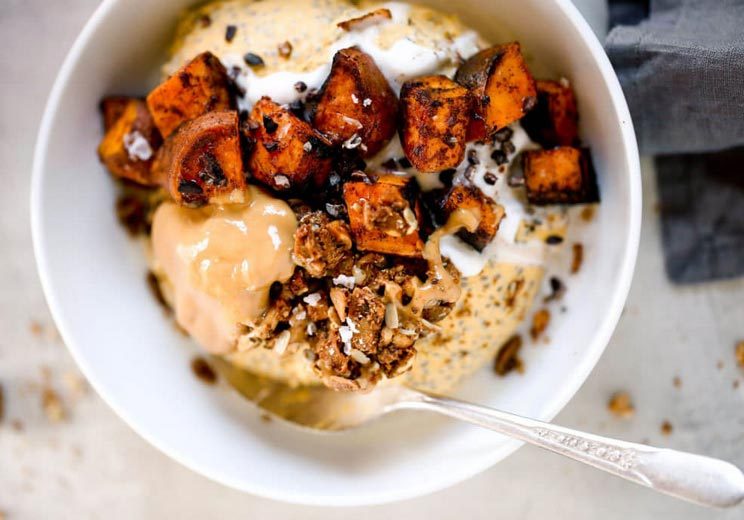 Channel autumn vibes with this pumpkin-packed bowl of cereal. 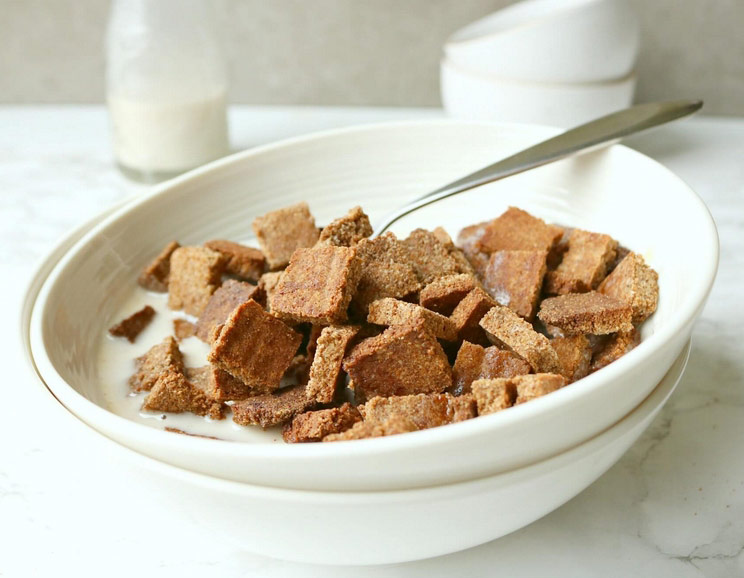 Unlike cereals found in a box, this cinnamon toast crunch copycat requires only a handful of healthier-for-you ingredients. 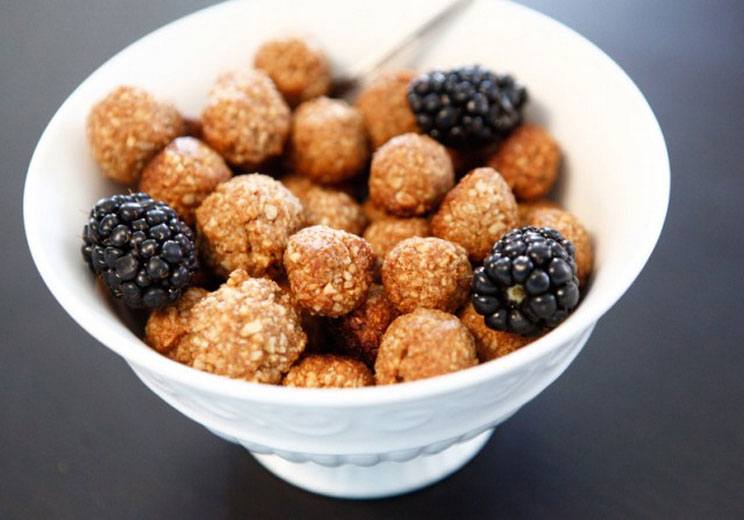 Enjoy this Paleo-friendly breakfast with a handful of blackberries! 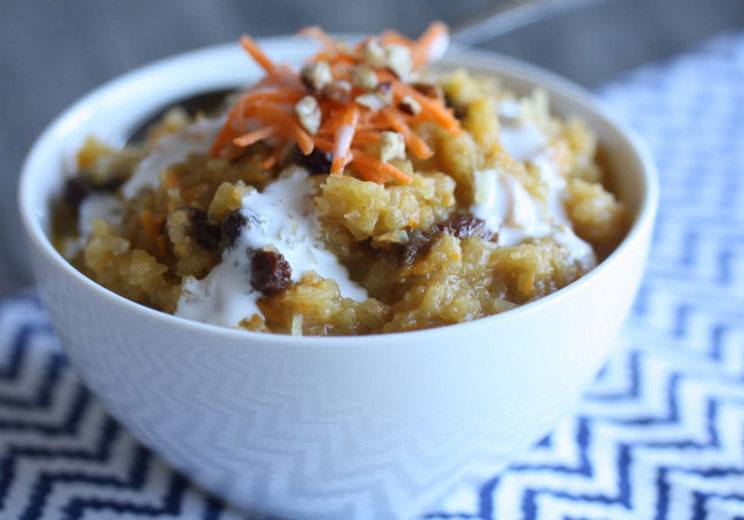 Get your cake fix for breakfast with a hearty bowl of coconut, carrots, raisins, and more! 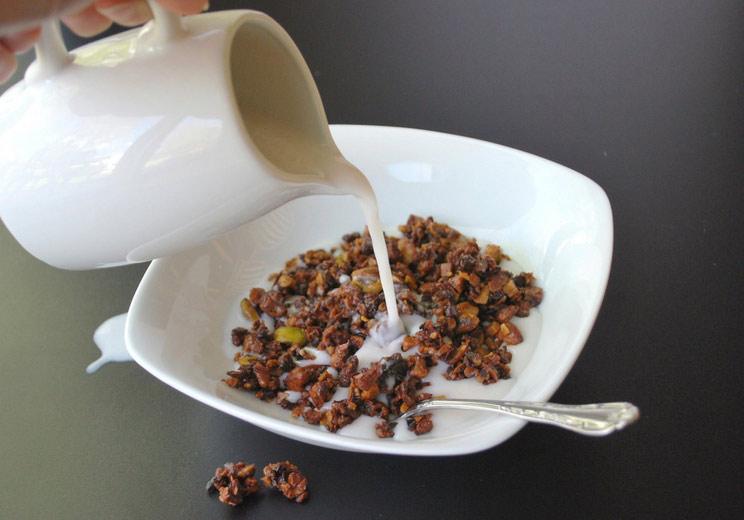 These chocolate hazelnut crisps are bursting with Nutella-like flavor! 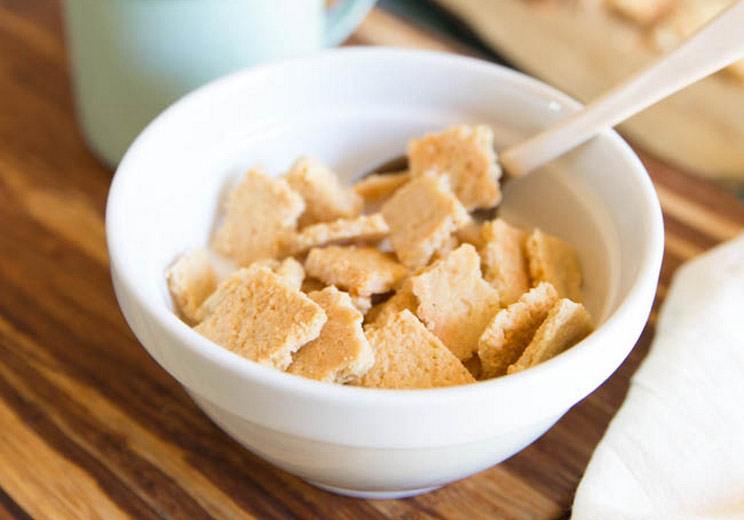 Crispy, crunchy, and impossible to stop popping in your mouth – sounds like it chex all the right flavor boxes (get it?). 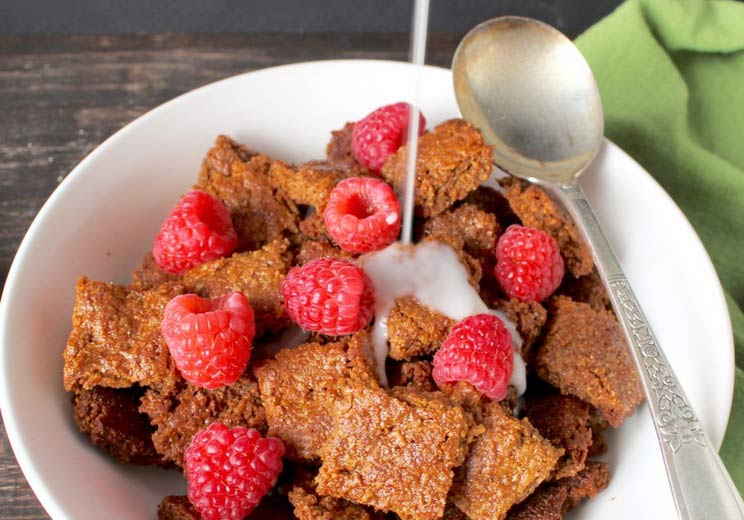 Oat bran cereal without any oats or bran! 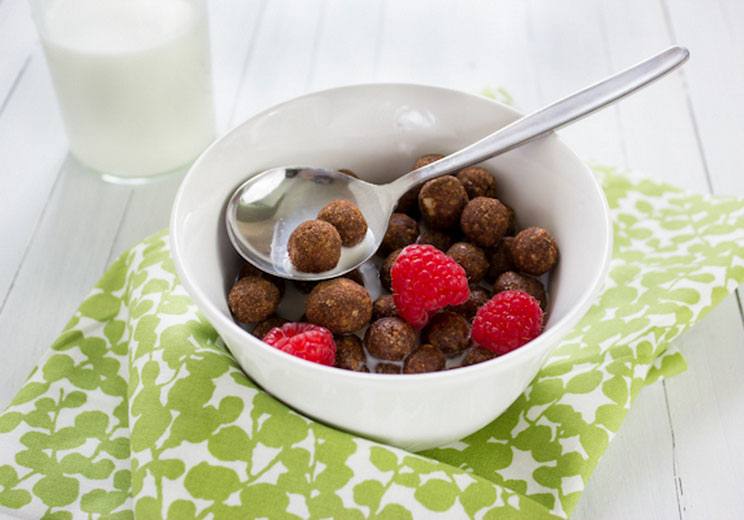 This chocolatey recipe uses raw almonds as its crispy base. 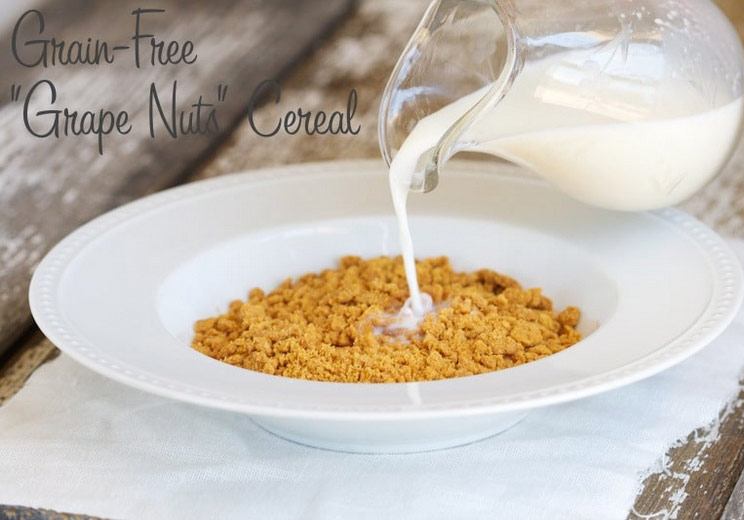 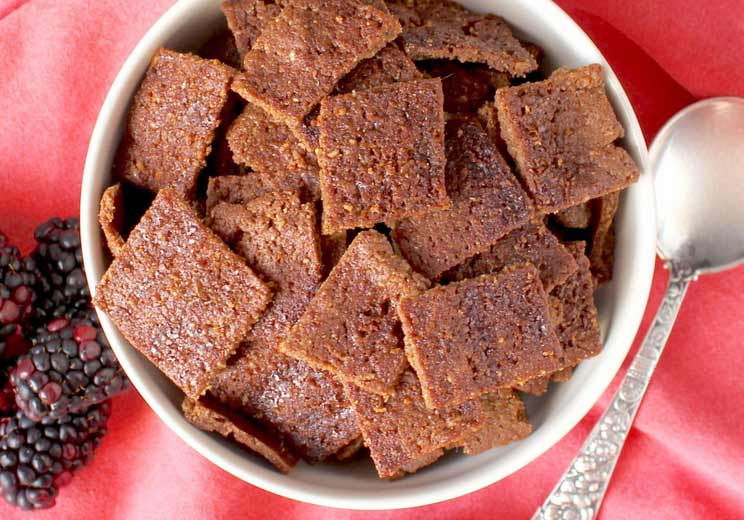 Another cinnamon toast crunch copycat, this recipe also has a maple cinnamon sprinkle. 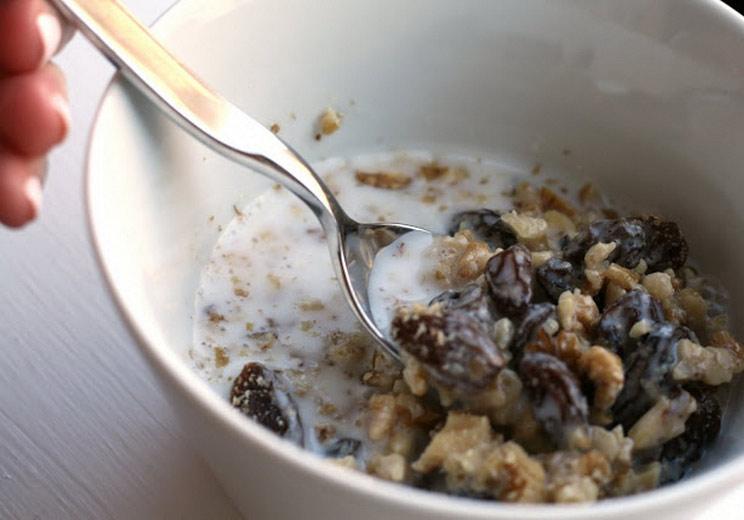 Nuts and dried fruit are all it takes to make this simple Paleo cereal. You can opt to add some shredded coconut, but don’t forget the (non-dairy) milk! 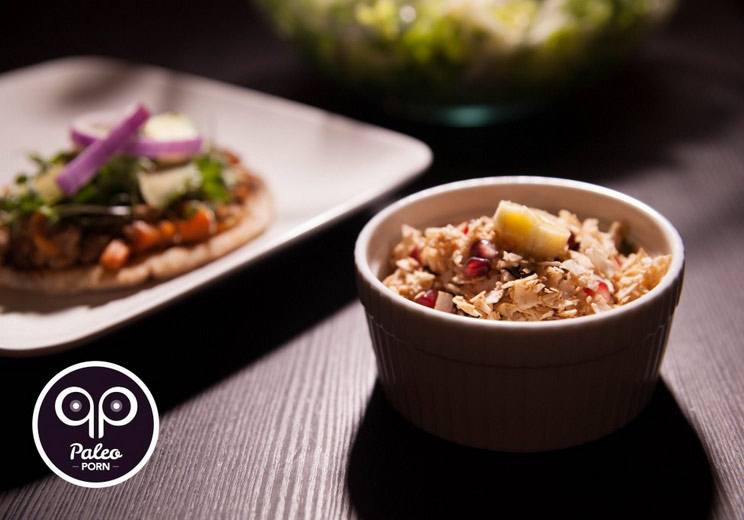 Not only is this cereal a great way to start your morning, but you can also munch on it for dessert too! 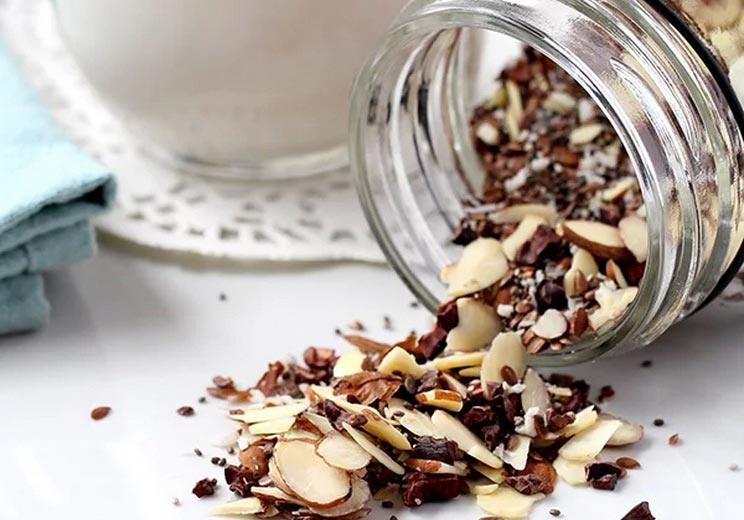 A no-sugar cereal that tastes grrreat!

This Honey Bunches of “N’oats” copycat is just as satisfyingly crunchy as the original. 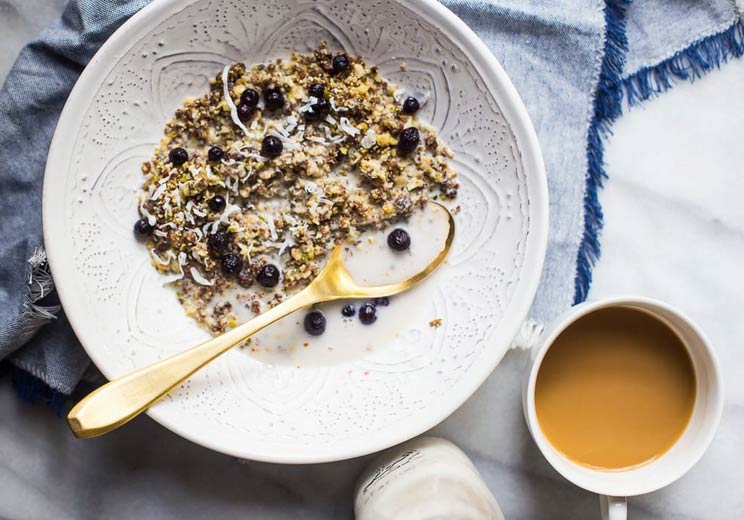 This cereal is easily Whole30-friendly – so yes, you can enjoy cereal while doing a Whole30! 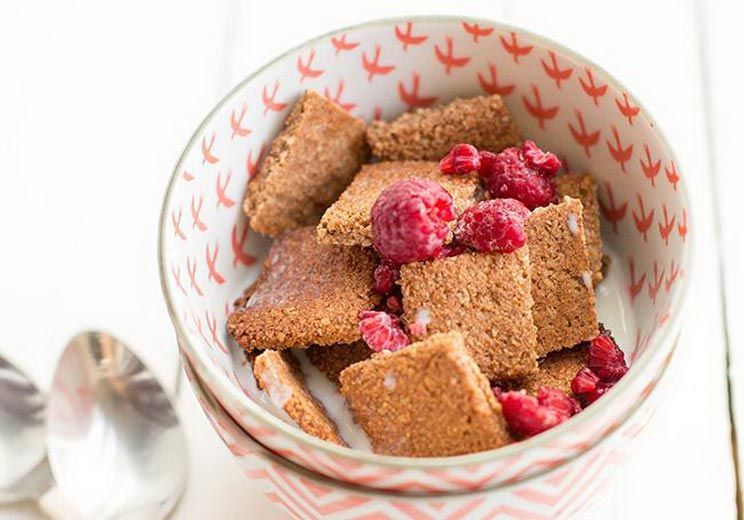 Shredded coconut and sunflower seeds make for a crispy, crunchy base in this yummy Paleo cereal. 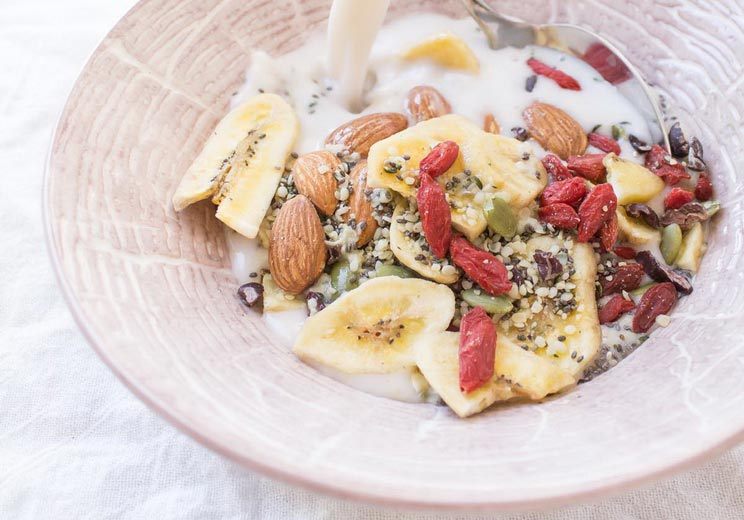 This cereal recipe takes a medley of dried fruits, nuts and seeds and combines it for a crunchy bowl of cereal – feel free to customize it however you’d like. 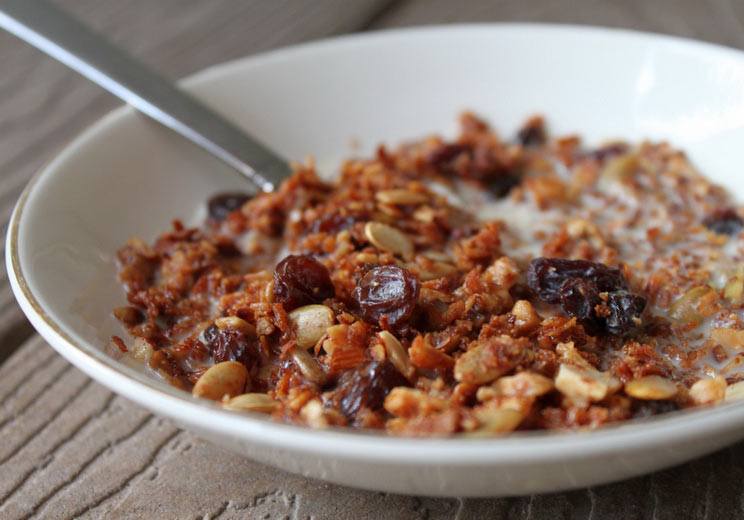 Nothing beats the natural flavors of sweet raisins and cinnamon-honey nuts and seeds. 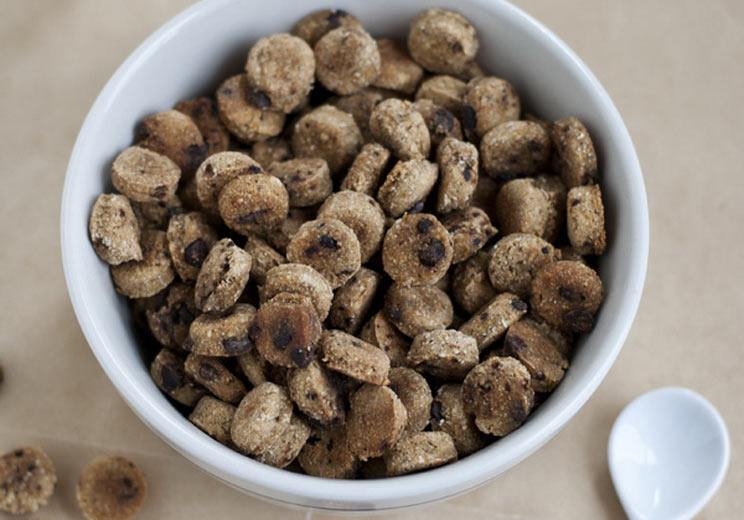