Organic vs. non-organic. Frozen vs. fresh. More vegetables or that bag of chips.

As if there wasn’t already enough to worry about when you’re grocery shopping, there’s another danger that affects our food supply that most folks aren’t even aware of.

Ladies and gentlemen, meet herbicides and their deadliest ringleader, glyphosate.

Today, most conventional crops (read: non-organic) are sprayed with Roundup, a trademarked herbicide sold by Monsanto. Developed in 1974, the herbicide is designed to allow farmers and home gardeners to kill weeds, grasses, and broadleaf plants growing in fields thanks to its active ingredient, a chemical called glyphosate.

Roundup is the most popular weed killer on the planet and, in 2014, it accounted for about a third of Monsanto’s $15.8 billion in sales. That’s because this stuff works.

It’s so effective, in fact, that it also kills the very crops farmers are trying to grow. Oops.

Not one to let their own product lead to the company’s demise, Monsanto introduced Roundup Ready crops AKA “glyphosate tolerant crops” in 1996. These Roundup-resistant crops meant that farmers could now indiscriminately spray their fields with the herbicide and control weeds without fear of hurting crops — a miracle product for farmers.

As you might imagine, sales of Roundup Ready crops took off. In 2014, they made up 94 percent of soybeans and 89 percent of corn. Between the two, these crops cover more than half of America’s farmland. 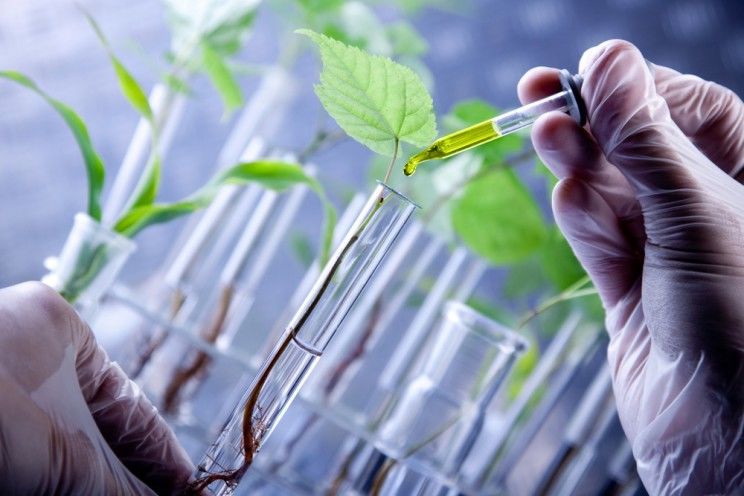 But nature can’t be so easily outsmarted. After years of being doused with Roundup, new superweeds began growing in fields.

And these bad boys weren’t dying, even after being treated with Roundup.

And because survival of the fittest is real, all the superweeds that did survive being sprayed with glyphosate passed their survivor gene down the line, rendering Roundup (and glyphosate) useless in killing them.

Because Roundup-resistant crops now make up the majority of most crops in America, the attempts to protect them from superweeds can lead to higher food prices, lower crop yields, and more expensive, less environmentally-friendly techniques to combat them. Most alarming is that farmers are now being forced to turn to additional, more toxic herbicides to kill off the Roundup-resistant superweeds.

While it sounds like glyphosate definitely gives the short end of the stick to farmers, do glyphosate and herbicides like it affect the average consumer?

The resounding answer is yes. 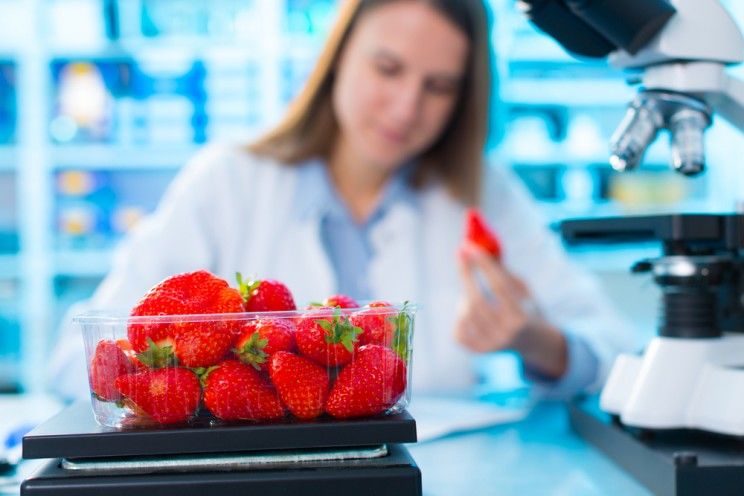 Roundup is now the most-used weed killer in the world. In March 2015, the World Health Organization decided that glyphosate is “probably” carcinogenic to humans; that is, it’s an environmental factor that can lead to cancer. [tweet_quote] The scariest part about glyphosate and other carcinogens is that their effects aren’t immediately evident. [/tweet_quote]

They combine with other factors so that, over time, it becomes more likely for other diseases and conditions to occur. And the results can be downright deadly. One study found that people occupationally exposed to glyphosate, like farmers, had a higher risk of non-Hodgkin’s lymphoma, even after accounting for other pesticides.

The danger isn’t just for farmers, either. Because 75 percent of the food sold at stores contains GMOs, or genetically modified organisms, the chances are high that you’re coming into contact with glyphosate residue.

And any animal who came into contact with Roundup, whether they were eating non-organic corn or grazing on GMO wheat, will have traces of the herbicide in its products.

And these herbicide amounts keep increasing. Because of the rise of Roundup-resistant crops, farmers now spray entire fields without fear of their crops dying.

So while a generation ago, consumers might have gotten some herbicides in their food, levels are much higher today. Data from the Environmental Protection Agency shows that in 2007, farmers used about 185 million pounds of glyphosate, about double the amount they’d used in 2001, just six years earlier.

What Happens When You Eat Glyphosate 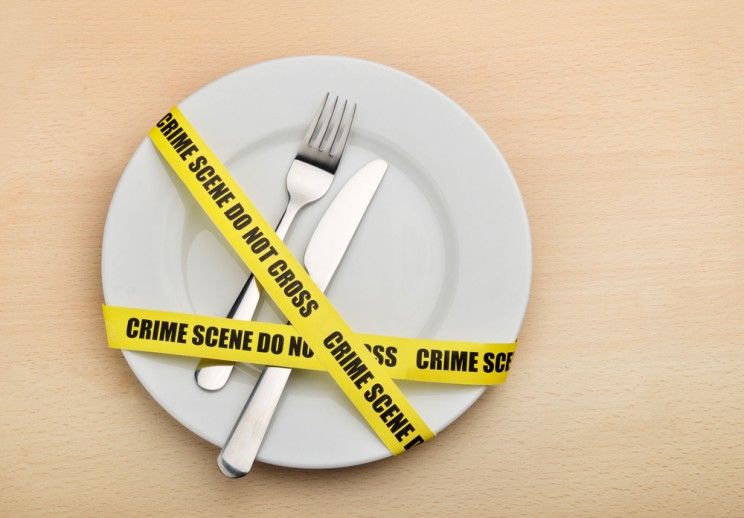 So what happens as you unknowingly ingest glyphosate? The chemical has been proven to enhance environmental toxins and food-borne chemical residues. As this study found, “negative impact on the body is insidious and manifests slowly over time as inflammation damages cellular systems throughout the body.” The consequences include, among other diseases and conditions, obesity, diabetes, Alzheimer’s, gastrointestinal disorders, and infertility.

That means each time you use the food products of a blissfully unaware, corn-chomping cow — when you bite into a steak or drink non-organic milk — you’re exposing yourself to a dangerous toxin.

Cows don’t appreciate it either; studies have found that glyphosate is toxic to their metabolism. In the study, all the cows had various levels of glyphosate in their urine, along with different degrees of organ, liver, and kidney damage.

People are beginning to take notice. In Argentina, where the use of Roundup has turned the country into the world’s third-largest soybean producer, a report by the Ministry of Health found that, between 2005 and 2009, cancerous tumors were double the national average where GMO crops were grown and chemicals like glyphosate were used. Now, more than 30,000 doctors and health professionals in the country are urging their government to ban Monsanto products and glyphosate.

And in Colombia, where the country is battling a growth of illegal coca crops, the Ministry of Health has urged the president to suspend the use of Roundup in eliminating the crops.

Glyphosate Can Even Affect Farms Who Don’t Use It

One of the most frightening things about glyphosate is that the herbicide can also affect farms that have chosen not to use the product. Welcome to herbicide drift, where herbicide spray contaminates unintended targets.

There are ways for farmers to reduce herbicide drift, but it’s hard to control. Glyphosate particles can move long distances because of high wind or changes in temperature.

They’re also carried around by our friends in nature. A 2015 study found that 62 percent of conventional honey and a whopping 45 percent of organic honey contained levels of glyphosate above the minimum established limits. Yup, even the organic honey was contaminated. Sadly, it’s nearly impossible for modern-day honeybees to avoid things like herbicides, pesticides, and other toxins in their natural hunt for nectar.

What Can We Do? 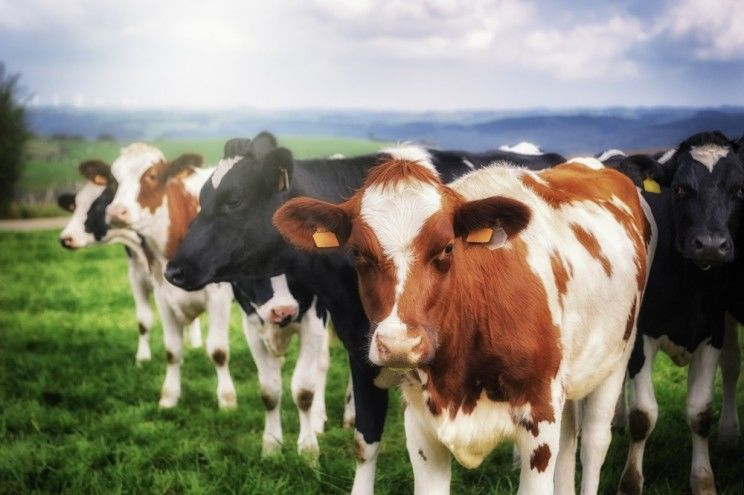 It’s easy to feel overwhelmed. But the good news is that it’s not all doom and gloom.

We’re fortunate that, as consumers, we have the option of choosing grass-fed, organic products to get the most nutritional bang for our buck and ensure we’re eating safe, healthy foods. [tweet_quote] When buying a product, look for ones that come from organic, grass-fed cows. [/tweet_quote] By law, GMOs are prohibited in organic products; GMO seeds can’t be used and the animals can’t eat GMO feed.

Because of cross-contamination and natural factors, a product might not be 100 percent GMO-free, but it’s guaranteed that any GMO trace will be significantly lower than the traditional version.

Learning where your food is coming from is another way to ensure you’re getting high-quality products. Visit your local farmer’s market and ask questions like what the animals eat, how crops are being protected from weeds, and whether they’re following organic principles (for some small-scale farmers, becoming certified organic can be too costly of a process).

We understand that choosing organic products isn’t always the cheapest option; we’re on a budget, too. But organic foods often have higher nutritional value than their conventional counterparts and can protect your body’s health in the long run.

One study compared three different types of soybeans: GMO soy, “normal” soy, and organic soy. The organic soybeans had the healthiest profile of the three. They had significantly more protein, more zinc, and no traces of glyphosate. A slightly higher price now can save you thousands in medical bills and pain in the long run.

Take note that, unless it’s organic, any food with canola, corn, or soy in its ingredient list probably contains GMOs and traces of glyphosate.

Knowing that glyphosate and other unnatural ingredients are lurking in our food supply is disheartening. But by taking steps to lessen your chances of consuming it and becoming an active consumer, you can take charge of your body and health.

(Read This Next: An In-Depth Look At GMO Foods: Are They Dangerous?) 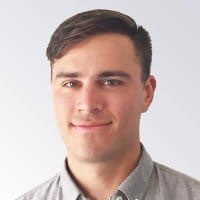 Justin Mares is the founder of Kettle and Fire Bone Broth, the first grass-fed bone broth that's always fresh (and never frozen). PaleoHacks readers can take 10% off with promo code "paleohacks" at kettleandfire.com.