Your Favorite Cereal is Probably Full of Glyphosate: Check This List

An independent study recently revealed alarming levels of cancer-causing glyphosate in oats and other cereal products. Here’s what you need to know.

While banned in other countries, glyphosate is a pesticide widely used across the United States. It is so pervasive that it’s even polluting organic crops, contaminating foods that wind up in the cereal bowls of children nationwide.

Before we cover the products affected and discuss ways to protect your kids, let’s get the background on what glyphosate is, how it’s used, and its dangerous health effects.

Glyphosate is the active ingredient in Roundup, an herbicide weed killer that was created by Monsanto in the early 1970s. (1) It is now the most heavily used pesticide in the U.S. and in the entire history of pesticides, with more than 250 million pounds of glyphosate sprayed on crops every single year. (2) While it’s popularly used in the U.S., glyphosate is banned in many other countries, including England and Canada. (3, 4)

This dangerous herbicide kills everything in its path – not just certain weeds or crops. It is so powerful that the main crops it’s used on – corn and soy – need to be genetically modified just to withstand the killing power of glyphosate.

However, glyphosate is also used on products that aren’t genetically altered, typically right before harvest to speed up the drying process. This allows companies to produce more without waiting for crops to naturally dry out. As such, the final product of the food is doused with a chemical that doesn’t get washed away before consumption. (5) This most commonly happens with wheat, barley, beans, and oats.

Is Glyphosate Linked to Cancer?

The World Health Organization (WHO) and the state of California both claim that Roundup causes cancer. WHO classified glyphosate as a “probable carcinogen” after reviewing studies on its health effects in 2015. (6) Two years later, California added glyphosate to the Proposition 65 list of chemicals known to cause cancer. (7)

Monsanto is currently facing more than 8,000 lawsuits for their Roundup controversy. (8) In August 2018, Monsanto was forced to pay $289 million to a school groundskeeper dying of cancer from regular exposure to the weed killer. (9)

So, How Much Glyphosate Is in Our Cereal? 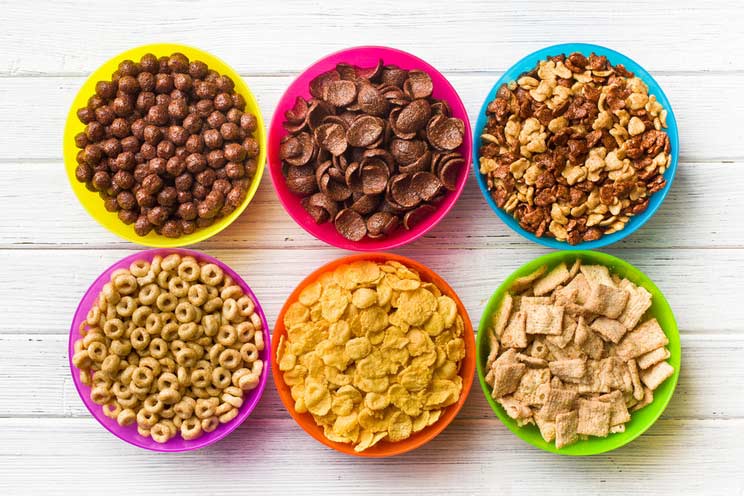 Since companies aren’t federally required to disclose how much glyphosate is in their products, the Environmental Working Group organized testing by independent labs.

In the first round of testing, glyphosate was found in 43 of 45 samples made from conventionally grown oats. Nearly 75 percent of those samples had levels of glyphosate significantly higher than what scientists consider safe for children.

Sadly, even organic products aren’t immune from glyphosate. More than 30 percent of the 16 organic samples tested contained glyphosate, although these levels were within the range of safety for children.

The second round specifically tested oat breakfast products. Alarmingly, glyphosate was found in every single sample, with 26 of the 28 containing levels above what is considered safe for daily intake. (10)

Following is the list of brands and products tested for glyphosate. Contamination is listed in parts per billion, or ppb. For reference, 160 ppb per day is the maximum level of safe consumption for children, and “ND” means glyphosate was not detected. 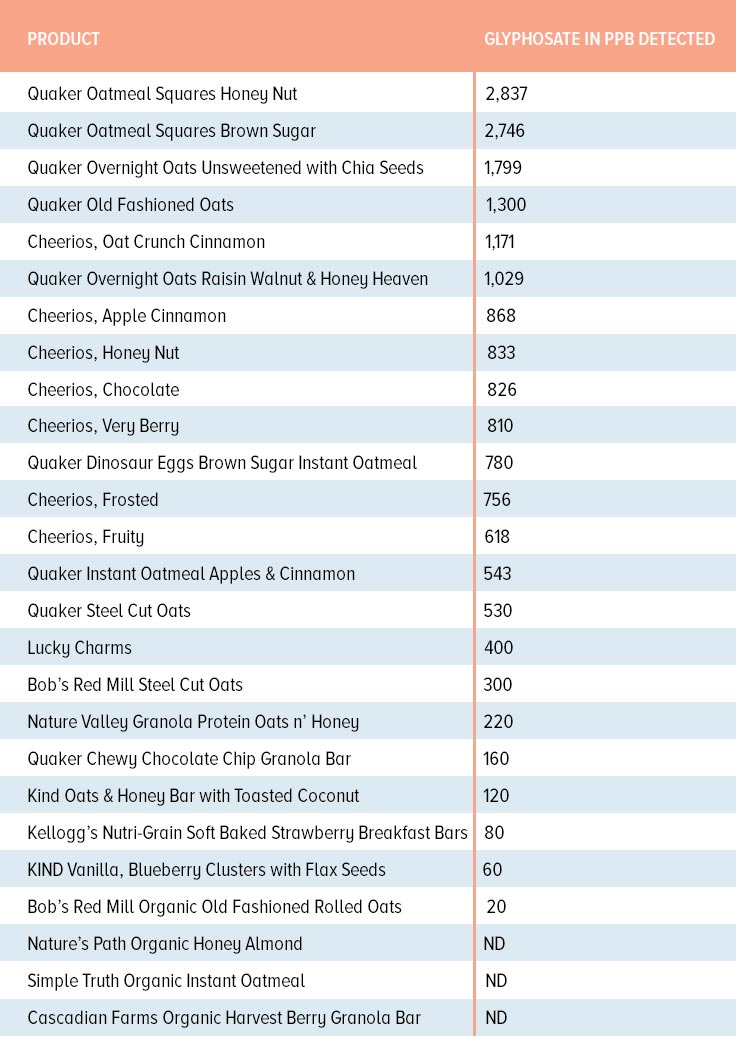 To see the full report, here are the EWG’s first and second studies.

Is There a “Safe” Amount of Glyphosate?

The Environmental Protection Agency stated that 2 mg per kilogram of body weight per day of glyphosate intake from food sources is safe and not associated with adverse effects. (11) This would mean that an approximately 150-pound adult could consume 140 mg daily. However, the state of California considers the safe intake of glyphosate to be significantly lower, at 1.1 mg per day. Because children are more susceptible to carcinogenic impacts of pesticides, due to their lower body weight and rapidly developing cells, the safe range should be significantly lower, including a buffer of safety, at just 0.01 mg per day. (12)

How to Avoid Glyphosate 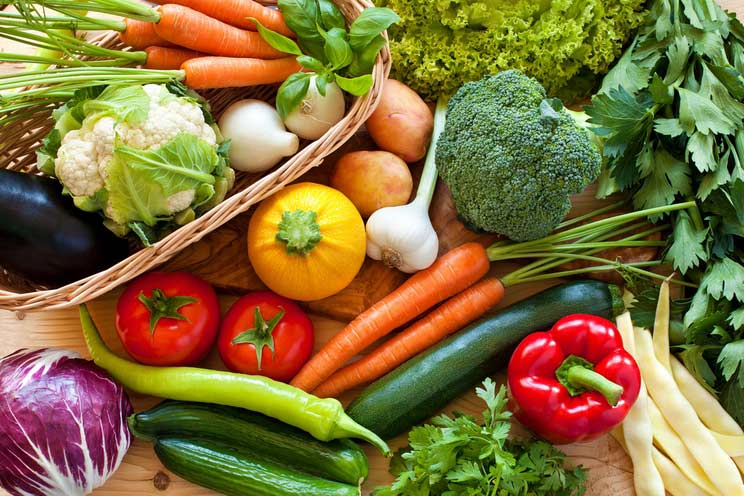 Opting for organic food alone is not enough to fully avoid glyphosate. It can end up on organic crops from overspray or by adhering to water and remaining in the soil.

To truly avoid glyphosate entirely, you need to avoid all potentially contaminated crops, including corn, soy, wheat, beans, oats, and barley. Fortunately, if you follow a grain-free, Paleo diet, you’re already avoiding all of these foods.

While fruits and vegetable are also susceptible to pesticide contamination, it’s far less common to find glyphosate on these foods.

Glyphosate is a deadly, unnecessary pesticide often used simply to speed up the drying process of oats and other cereals. Many of these contaminated foods are marketed towards children.

To fully avoid glyphosate, it is necessary to stay away from products like corn, soy, wheat, beans, oats, and barley until the U.S. joins other countries in banning this controversial chemical.