Crispy on the outside and tender on the inside, these lightly sweetened apple cinnamon fritters are a fun alternative to pancakes!

The key to making these fritters hold up during frying is to finely shred a medium-sized apple in a high-speed blender, then squeeze out the excess moisture. That way, just enough liquid is remaining in the apples to keep the fritters moist, but not heavy. Sweet, soft red apples (like Galas) work best. 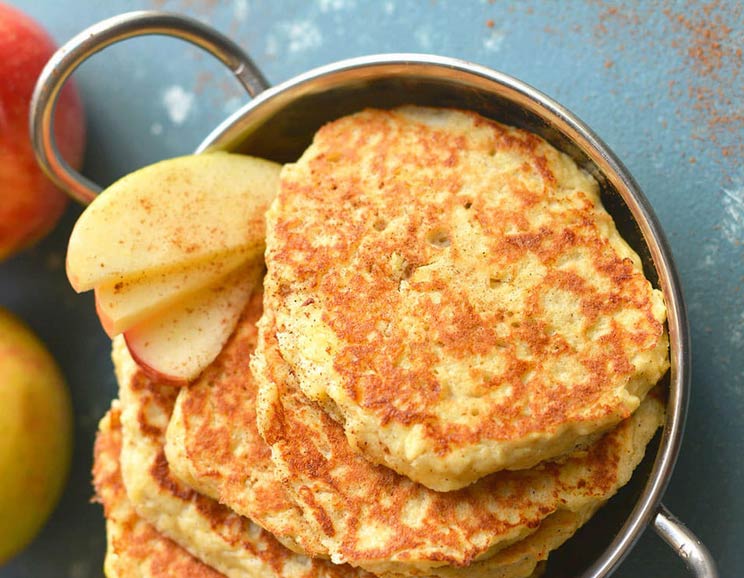 Mix the shredded apple with eggs, dairy-free milk, almond flour and a little honey and cinnamon until well combined. Scoop the batter onto a skillet greased with coconut oil and fry 3-4 minutes per side, or until golden brown and crunchy on the outside.

Serve as a brunch treat topped with freshly sliced apples sprinkled with cinnamon. You can also top these apple cinnamon fritters with coconut ice cream and have them for dessert!

Tip: These apple cinnamon fritters are great for meal prep. Keep them in an airtight container in the freezer up to a month.

How To Make The Best Pumpkin Soup Ever
Next Post: 13 Stretches for Tight Shoulders