6 Natural Ways to Rescue You From Menstrual Cramps

It’s that time of the month. Just this sentence alone is enough to set a dismal cast over the coming days, not to mention the downright unpleasant side effects (aka period cramps) you know are along for the ride.

Typically, the solution is to pop an ibuprofen, grab a pint of something sweet, and veg out until the pain subsides.

But what if there was another, all-natural way to drastically lessen period cramps? Luckily, there are several research-backed tweaks you can make both before and during your period to render this week a bit more benign. 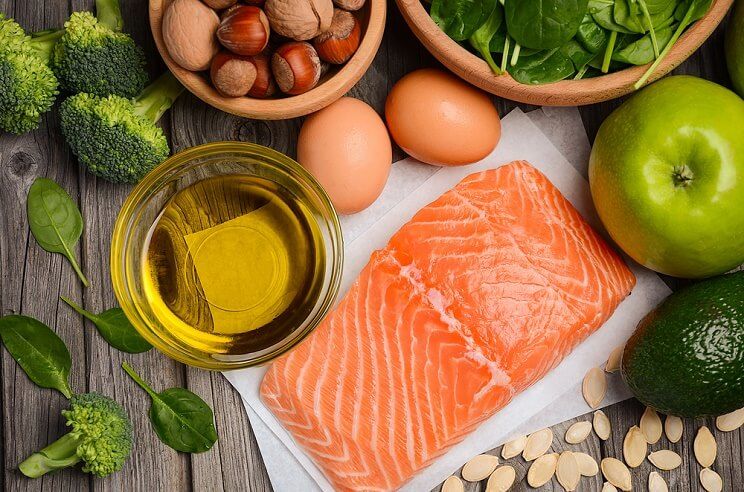 Even though all you want to focus on at the moment is curling up with a pint of Haagen-Dazs, know that the more nourishing the foods you eat, the better you’ll feel. You may have already noticed a difference in your periods since going Paleo, but during your cycle, there are still a few tweaks you can make to further ease your symptoms.

The first is to focus on anti-inflammatory foods. While eating Paleo is an amazing path to less inflammation, paying particular attention to getting more omega-3 fatty acids will help to kick any remaining inflammation (aka pain) to the curb. In fact, studies have shown omega-3 in the form of fish oil to be more effective against period cramps than ibuprofen, (1) [tweet_quote] Salmon, eggs and olive oil will help reduce inflammation, saving you from painful period cramps.[/tweet_quote]

Focus on consuming more wild-caught salmon, cage-free eggs, and olive or coconut oils as your fat sources, rather than an excess of poultry and nut butters, which can contain high amounts of inflammatory omega-6 fatty acids. You can also opt for a quality fish oil supplement if you’re having trouble consuming enough omega-3 from food sources.

2. Up Your Intake of Minerals and Antioxidants 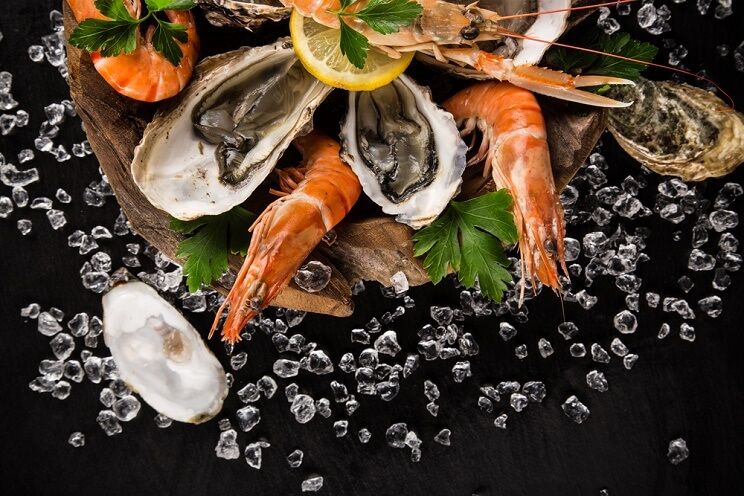 Upping your intake of mineral-rich fruits and veggies, such as berries, dark leafy greens, sea vegetables, squash, cherries, and bananas, will not only help to lower inflammation further, but also contain nutrients that help to ease pains and spasms.

Specifically, the magnesium found in foods like pumpkin seeds and dark chocolate helps to reduce water retention while also aiding in soothing muscle cramps (2) In addition, focusing on foods that contain zinc, such as oysters, crab, and lobster, can reduce or even eliminate cramps altogether. Research has shown this is due to zinc’s ability reduce the production of prostaglandins – hormones believed to be the cause of cramping. It also has an anti-inflammatory effect on the uterus, further reducing the chances of developing period cramps. (3) 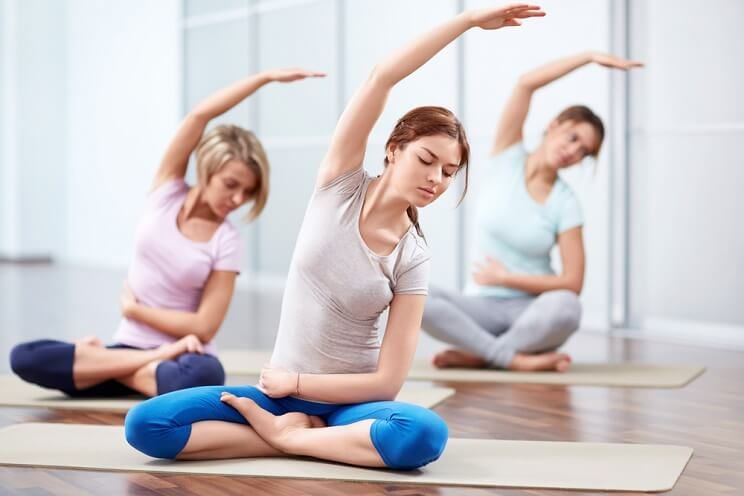 We know: the last thing you want to do when you’re bloated and experiencing cramps is squeeze into yoga pants and push through a vinyasa. However, doing so just might ease some of the pain. Due to increased circulation and endorphin release, exercise can act as a form of natural morphine to reduce cramping while also helping to get rid of some of the water retention women experience during their cycle.

Keep in mind that exercise during this time should be something light, such as yoga, light aerobics or other gentle movements like Tai-Chi. If you opt for yoga, however, be sure to avoid inversions, even if you practice them regularly. Instead, choose beneficial poses like Camel pose, Cat-Cow pose, and Cobra pose. (Hint: You can even do some yoga in bed if that’s all you’re up for!). 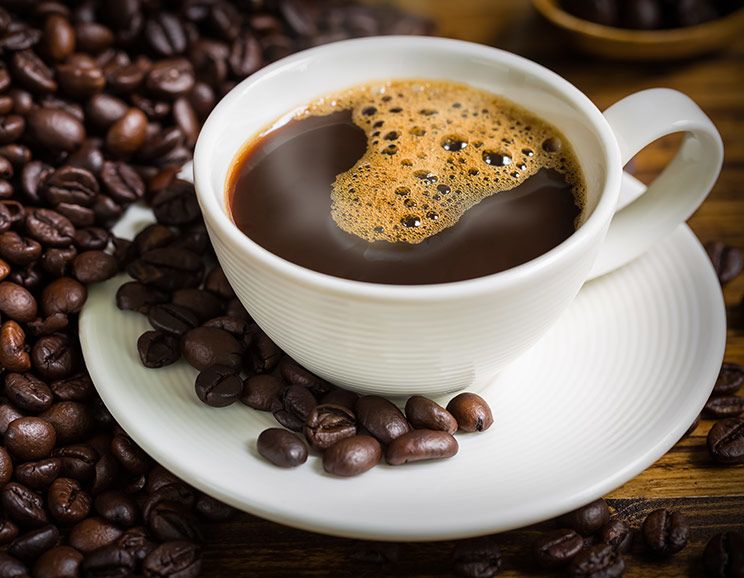 Remember how we read that prostaglandins are the hormones believed to be the cause of cramping? It turns out they, along with inflammation, are exacerbated by sugar. Once inflammation is increased, stress hormones rise as well, which then leads to more inflammation – a vicious cycle to be avoided even when you’re not on your cycle. So while you feel that diving into the candy jar might make you feel better in the moment, remember that doing this will only make symptoms worse in the long run. Avoid all processed foods with added sugar, wheat and dairy – your cramps will thank you by easing up.

Aside from sugar, another possible trigger for cramps is too much caffeine. Research is conflicted on this, but some scientists suggest that it contributes to cramps by constricting blood vessels and increasing muscle tension. (4) 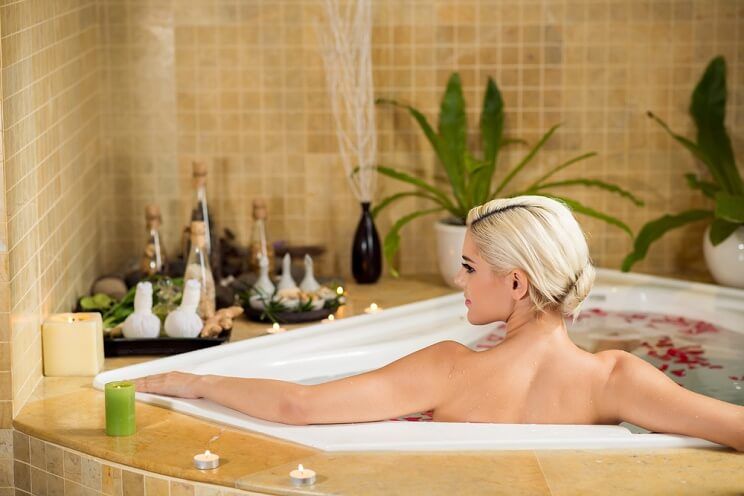 Heating pads and hot baths can be your best friend during your cycle. The warmth increases circulation and opens the blood vessels, which in turn eases the muscle contractions that cause cramps. It also turns out that the longer you apply heat, the more pain reduction you’ll experience, according to research. (5) 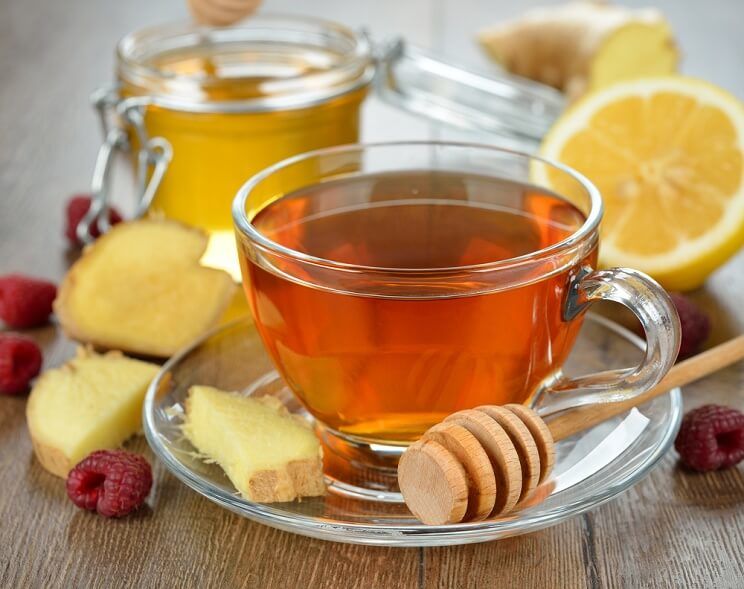 There are a wide variety of herbal preparations you can take that act as antispasmodics, helping to reduce the severity of cramps. Note that many of these remedies are meant to be taken as a preventative before your menstrual cycle begins. Aim for one to two days before the start of your period for the best results.

Raspberry leaf has been used for centuries by midwives to help tone the uterus after childbirth. Interestingly, raspberry leaf can also help to relax the muscles in your uterus, making it a fantastic option for reducing cramps. (6)

Ginger is a potent anti-inflammatory herb whose effects are backed by a lengthy amount of promising research regarding menstrual cramps. A 2012 study involving 120 women using either a placebo or ginger root powder showed that the women taking ginger root powder two days before their menstrual period began, and continuing through the first three days of their period, had the shortest duration of pain as compared to the placebo group. (7)

This licorice-tasting herb contains a compound called anethole, which has been shown to have anti-spasmodic effects. Studies show fennel extract to be as effective as some forms of pain medication. (8)

Yarrow is another potent anti-inflammatory and anti-spasmodic herb, containing compounds that help relax blood vessels. (9) It can be taken as a tea with a little honey (as it can be bitter) or can be used in essential oil form.

It’s important to remember during this time to listen to your body. As the menstrual cycle is a time of release and shedding, you might find yourself craving comfort foods such as stews and heavier meals. Listen to these cravings, but just be sure to create them with whole, nourishing foods. Also, be sure to get plenty of rest.

Implementing these techniques will let you take the first step toward leaving period cramps in the past and gaining back an additional week each month.

(Read This Next: When to Use Ice or Heat for Muscle Pain)