How an American Diet Changes Gut Bacteria, Linking to Obesity

Researchers discovered that the gut bacteria of immigrants is altered for the worse once they adopt an American diet – even when they’re coming from third world countries. The theory that diet affects gut bacteria has been widely researched, but these new studies give us crucial insight into how certain foods affect our own microbiome.

Here’s what this connection between diet and gut bacteria could mean for your own health.

To find out how immigration impacts overall health, the University of Minnesota conducted a study tracking several generations of Hmong and Karen people immigrating to the U.S. from the rural regions of Thailand and China.

Originally, these immigrants’ native Southeast Asian diet consisted mostly of boiled vegetables and rice. After adopting a new American diet higher in sugar, processed carbs, fat, and protein, they experienced a sixfold increase in obesity, along with a 10 percent loss in gut bacteria diversity. (1, 2)

Scientists were surprised by how rapidly these gut changes occurred. In just one generation, Hmong women who immigrated to the U.S. went from an obesity rate of 5 percent to over 30 percent. (3)

Why Diversity in the Gut is So Important

The shift in gut bacteria diversity is one of the most important findings of this study. In fact, the newly obese immigrants lost roughly 10 percent of their microbial diversity. (4, 5)

People in developing nations naturally harbor a more diverse gut microbiome than those living in America. When they relocate to the U.S., these immigrants increase their odds of metabolic disease. (6)

However, it’s not just the diversity of gut bacteria that seemed to cause a problem, but also the types of flourishing bacteria. For instance, the study found that the Western strain Bacteroides displaced the non-Western bacteria strain Prevotella in just six to nine months. Scientists believe that Prevotella aids in the digestion of native fiber-rich foods, like tamarind, konjac, and coconut. When the strain is no longer “fed”, it dies off. (7)

While neither of these strains appears to be better or worse than the other, it seems that when certain strains are “dominant” without a balanced blend of other strains, the risk of obesity increases.

Aside from conditions like metabolic disorders and obesity, a lack of microbiome diversity can also impact your immune system. Studies show that gut bacteria play a huge role in protecting us from pathogens, as well as helping our bodies extract nutrients from foods. This means that we should consider whether the lack of certain nutrients from not having the right types of gut bacteria could also be playing a role in obesity. (8)

A lack of good gut bacteria is also associated with chronic inflammation, which can lead to issues like inflammatory bowel diseases and obesity. (9, 10) It seems that inflammation stemming from a lack of certain bacteria could be causing problems as well.

Why Environment Matters Too

Many of these studies focus specifically on how the American diet influences gut bacteria. However, we should also consider the impact of an American environment on gut bacteria.

For example, the chemicals we use in household cleaners, drinking water, and even cosmetics can alter our bacteria for the worse. (11) That means your gut bacteria can be disrupted by so much more than what you are or aren’t eating.

On the positive side, studies show that gardening can have a positive impact on gut bacteria. The diversity of bacteria in soil can add more diversity to your microbiome over time, and simply having contact with the earth (also known as “earthing”) reduces inflammation and stress, which can improve the overall health of your gut bacteria. (12, 13, 14)

How to Improve Gut Bacteria Diversity 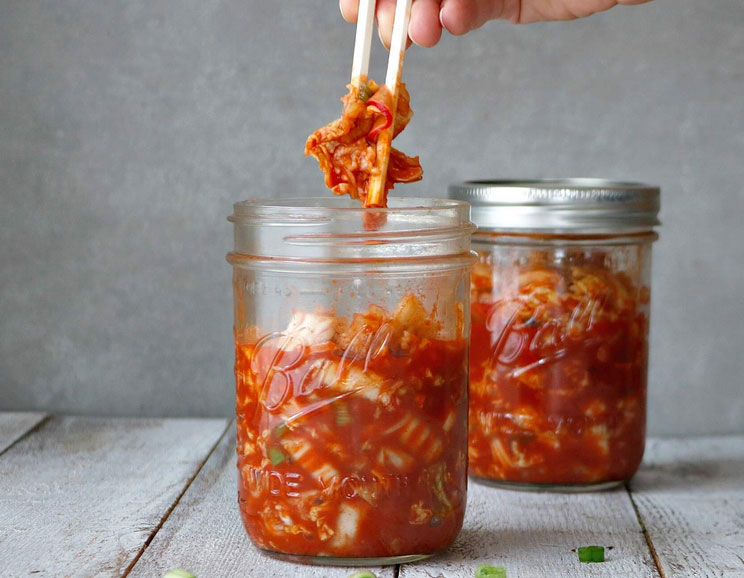 Maintaining a healthy diversity of gut bacteria plays a huge role in helping to keep healthy. Here are a few suggestions on how to diversify your microbiome:

You can check these symptoms to see if your gut bacteria are less-than-thriving, then try these 20 simple recipes to give your gut health a boost.

While we all know that diet affects gut bacteria, the typical “American” diet may cause more damage than we thought. In fact, as these immigration studies reveal, an “Americanized” gut could result in obesity or other health issues.

While more research is needed, one thing is for certain: an American diet harms the gut microbiome. To protect yourself, eat an array of gut-healthy foods to keep a diverse microbiome.

Read This Next: It’s Not Just Corn – How GMOs Are Lurking in Paleo Foods, Too