It’s Not Just Corn – How GMOs Are Lurking in Paleo Foods, Too

GMOs don’t just affect corn and grains – your Paleo foods can be genetically modified, too. Here’s what you need to know.

There’s a lot of controversy around the idea of manipulating the DNA of plants and animals. While some argue that genetically modified organisms, or GMOs, help farmers reduce their battles against insects and disease, others are wary of the lack of long-term studies on our health.

There are a few different ways that scientists use genetic modification, and it may impact Paleo foods as well.

GMOs arrived on the scene in 1973, when scientists Herbert Boyer and Stanley Cohen engineered a new bacteria. By cutting and pasting genes, they created a strain that was resistant to antibiotics. (1)

There was immediate debate around the potential consequences versus benefits of genetic engineering. Ultimately, the government, corporations, and the media agreed to use genetic engineering only under a strict set of regulations.

By 1980, the majority of the scientific community agreed to move forward with GMO research and development. In this same year, the U.S. Supreme Court ruled that scientists from General Electric could patent GMO bacteria that break down oil, helping to reduce the spread of oil spills. This incentivized other large companies to develop their own patented GMOs. (2)

Since then, development has continued with more GMO crops entering our food supply.

What Is Genetic Modification? 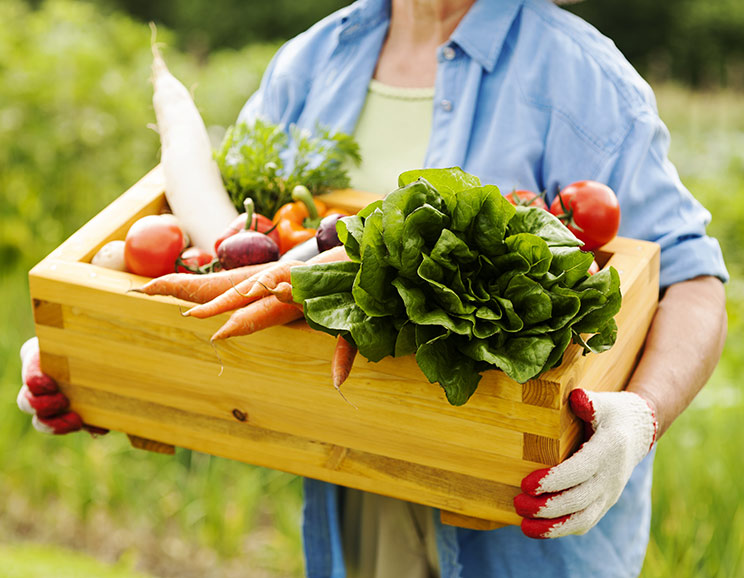 Genetic modification is the process of selectively moving and/or swapping certain genes of animals or plants with others. It involves replacing, modifying, or inserting DNA in their genome sequence, which causes the plant or animal to produce certain proteins or enzymes that it wouldn’t normally.

There are five major goals of GMO plants including resistance to insects, herbicides, and diseases. (3)

To combat the problems of insects in large-scale crop production, scientists engineer certain plants like corn and soy to contain a higher-than-normal resistance to various bugs. This increases the likelihood that crops will survive common insect predators. (4)

To combat weeds, scientists engineer crops with higher resistance to herbicides like glyphosate. Glyphosate is a strong and controversial herbicide that has been associated with health hazards (such as possibly being cancer-causing), but scientists claim it is necessary to keep pests and weeds at bay. (5)

By engineering crops to resist herbicides, scientists can spray crops without worrying that strong herbicides like glyphosate will harm them.

Producing year-round crops on a large scale requires strong plants that can withstand environmental pressures and stress. Scientists modify plants like potato and cereal crops that can survive in extreme weather conditions, like drought. (6)

Diseased crops reduce yield and increase costs for farmers. To fight against common diseases, scientists alter genes in certain plants to make them stronger and hardier. Crops that are commonly engineered to resist diseases are wheat, maize (corn), soybeans, rice, and potatoes. (7)

Ever seen a bruised potato or a misshapen apple? These odd appearances can often turn customers off, so companies will genetically modify crops to enhance their appeal. For example, the Arctic apple is a genetically modified apple that resists browning. (8)

There’s a big difference between actually editing a plant’s genes versus the more natural process of selective breeding.

Selective breeding involves cross-breeding varieties of plants to become stronger or more resistant to insects or environmental forces. This does not involve removing, adding, or swapping genes within a plant’s DNA; scientists are simply selecting the best versions to breed together based on their characteristics.

For instance, if scientists wanted to create taller plants, they would selectively breed plants with the “tall” gene, which would result in offspring that naturally grew larger than normal.

There is some controversy over this process since it still involves humans selecting species over a natural occurrence. However, there is evidence that selective breeding by humans dates as far back as 10,000 years when rice was bred to encourage hardier crops. (9)

Genetic engineering takes the process of selective breeding to a whole new level by creating “new” organisms at the DNA level by removing and editing genes. 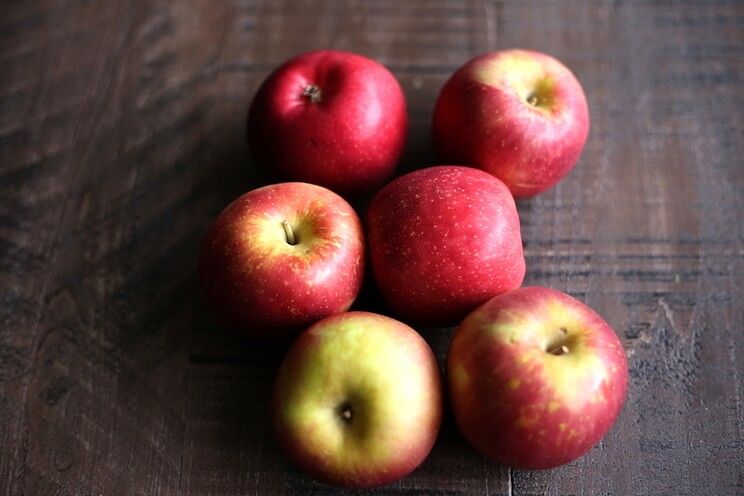 Many common non-Paleo foods like corn, soy, potatoes, canola oil, and grains are some of the top GMO foods. (10) While this makes it easier to avoid them, it can also lead to the assumption that as long as we follow a Paleo diet, we’re steering clear of all GMOs.

Unfortunately, GMOs extend to some popular Paleo foods, such as apples, squash, salmon, beets, and papaya. Other foods like tomatoes and plums are “approved” for genetic modification, but currently aren’t yet produced in the U.S., according to the USDA database. (11, 12, 13)

Another major point to consider when it comes to GMOs is that while you may not be eating them directly, you may be indirectly exposed by the animal products you’re consuming. For instance, the research isn’t clear whether DNA from plants can transfer to humans when you eat them. (14)

Some research shows that “small fragments” of DNA can pass into the tissues of animals from the plants they consume. Studies don’t show that this DNA transfers to our tissues when we eat those animals, but other research suggests this type of transfer is a possibility. One study found the presence of rabbit DNA in blood samples taken from participants who had eaten rabbit meat. This suggests DNA could possibly transfer through your intestinal wall and into your bloodstream. (15)

As you can see, there isn’t enough information yet to definitively say that you’re exposed to GMOs by eating animals that are fed GMO feed. But, since studies show that it may be possible, it helps to buy organic animal products if you’re looking to avoid the potential.

Are GMOs Really That Bad?

The majority of the Paleo community is against GMOs.

However, this isn’t simply due to the idea that GMOs are “unnatural” – it also has a lot to do with conflicting science and a lack of long-term studies on the safety of GMOs.

Many claim that while some studies show GMOs are “safe”, they can be funded by the same companies that are using and/or patenting the GMO, with a bias toward getting “safe” results.

Take, for instance, genetically modified corn or “Bt corn”, which makes for the majority of the corn produced in the U.S. It is designed with the “Bt” or Bacillus thuringiensis toxin that helps it combat pests. Along with other GMOs, Bt corn went through rigorous testing for safety before it was approved by the USDA, making it appear to be safe. (16)

However, recent studies show that the Bt can potentially disrupt the immune function in the guts of mice, while others show that the toxin causes human cells to die prematurely in vitro. (17, 18)

While the majority of these studies are conducted on animals, the results still conflict with the EPA’s stance that Bt corn poses “no significant risk to the environment or to human health”. (21)

Aside from Bt corn, there are other studies that debate whether any type of GMO should be used in the human diet at all, as plants could mutate in unknown ways that put our health at risk. (22)

When it comes to GMOs, the bottom line is simple: We just don’t know how it affects our health long-term.

If you choose to avoid GMOs, be aware that companies in the U.S. are not required to include them in their labels. Instead, you’ll need to look for a “Non-GMO Project Verified” sticker or buy organic to ensure the product doesn’t contain GMOs.

Until we know more, it’s best to stick to a natural diet, choosing organic foods as often as you can.

Read This Next: Organic vs. Conventional Food – Here’s The Real Difference