Need to amp up your leafy greens intake – without reaching for another salad? Try mixing things up with a smoothie instead! Filled with plenty of nutrients to help boost your brain health, these veggie-packed drinks pack a powerful green punch, with at least one cup of greens – and often more – in each one.

Spinach is a popular addition to smoothies – thanks to its neutral flavor, vibrant color, and cancer-fighting abilities – but spinach isn’t the only superfood included in this list. Kale, celery, and romaine lettuce all have a starring role alongside fresh herbs, fruit, and spices! From turmeric to parsley, vanilla, and ginger – these unique combos ensure you’re getting as much flavor as you are greens.

Wondering how many ways you can switch up a green smoothie? It’s easy! Try opting for flavors like Key Lime Pie or Piña Colada for a tropical twist. Need to curb a sweet tooth? Go with an energizing matcha or vanilla mint smoothie. The possibilities are limitless and you can count on each recipe to fill you with a daily dose of essential vitamins and minerals. 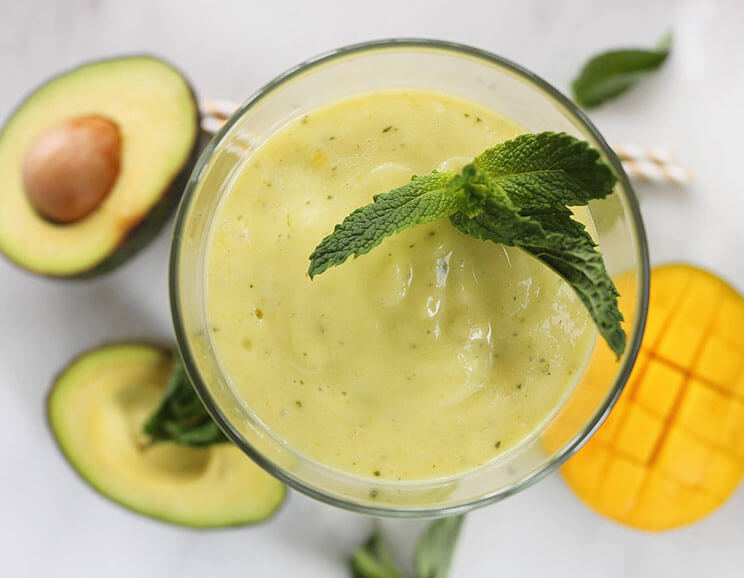 If you’re looking for a truly tropical green smoothie, this is the smoothie for you. 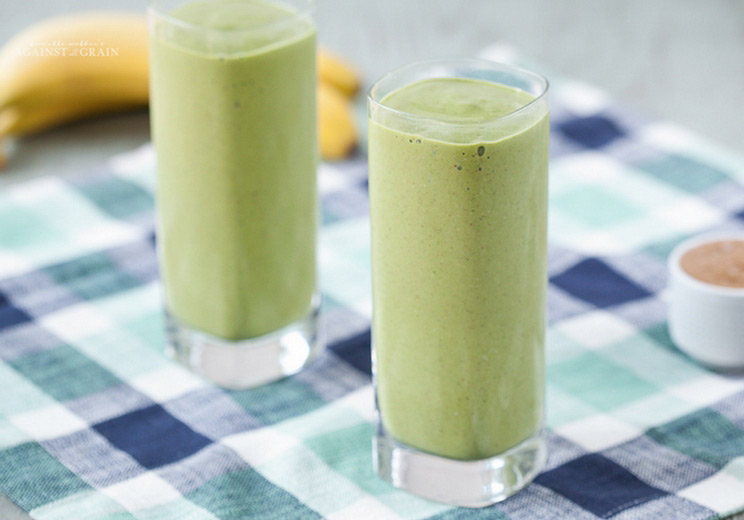 Kale joins matcha for a vibrantly green drink that tastes just as sweet as a vanilla milkshake. 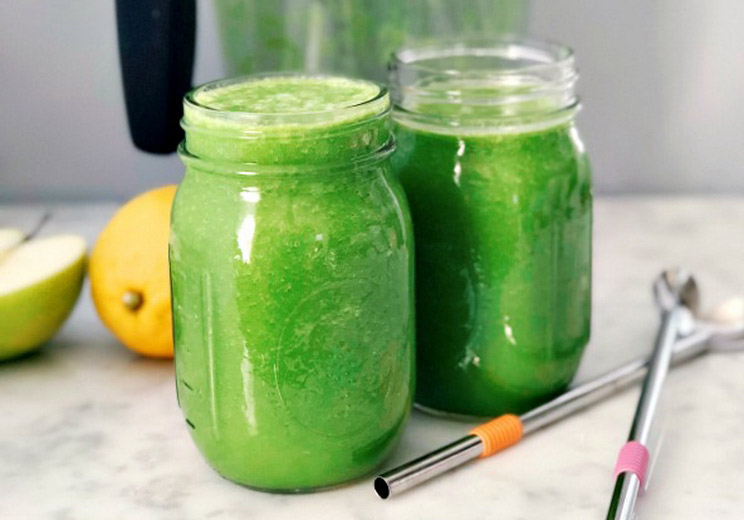 Packed with celery, kale, lettuce and a bunch of fruit, this addicting green smoothie is essentially a blended salad. 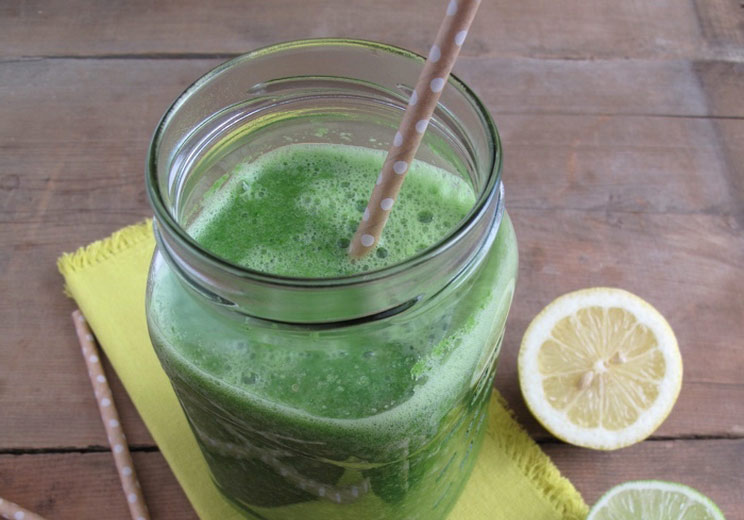 Cucumber, kale and a bunch of other brightly flavored fruits and veggies, give this detox smoothie its distinct flavor. 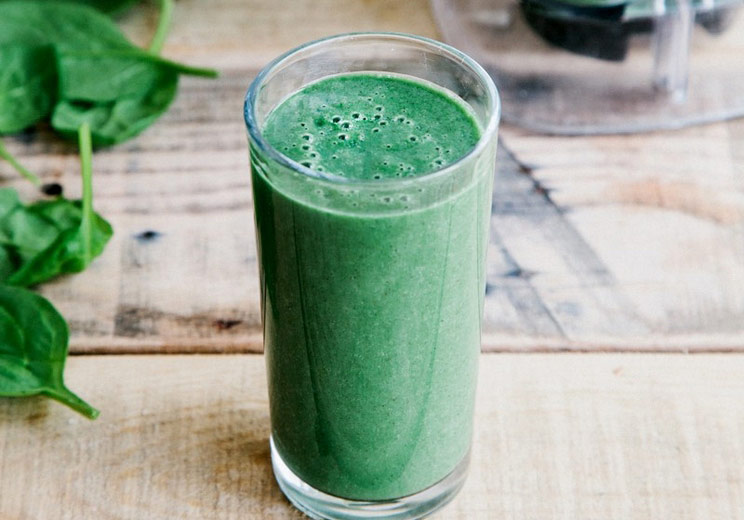 Spinach makes this smoothie green, and hemp protein adds a boost of protein. 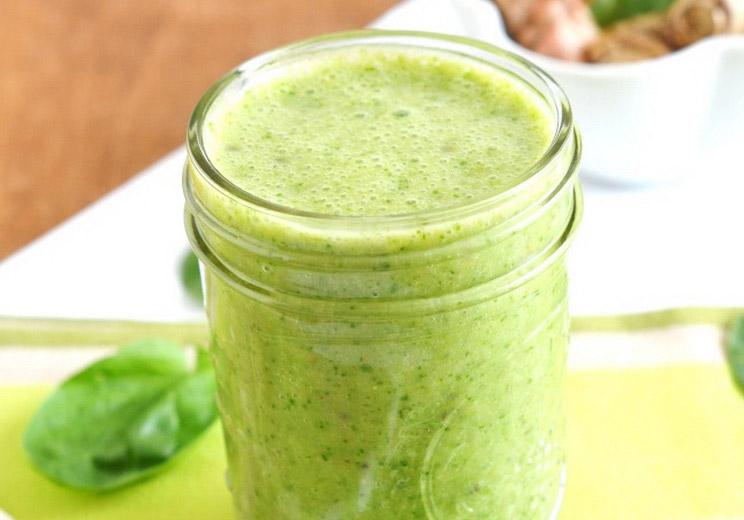 This spinach-packed green smoothie is also anti-inflammatory, thanks to the addition of turmeric and ginger. 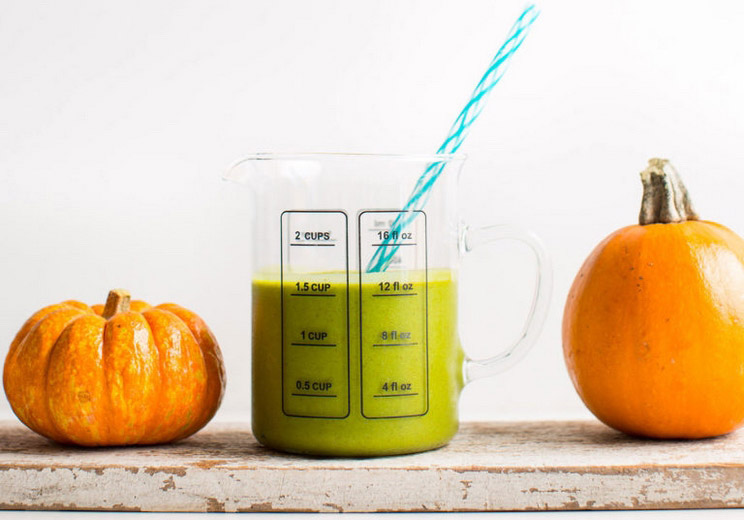 Hidden in this spinach-filled green smoothie is a surprising pumpkin pie flavor. 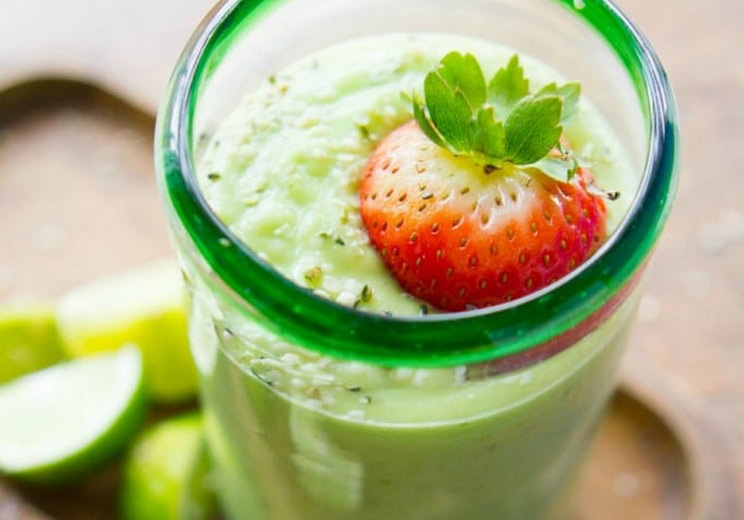 Spinach, lime, and strawberries make for a healthy and refreshing smoothie. 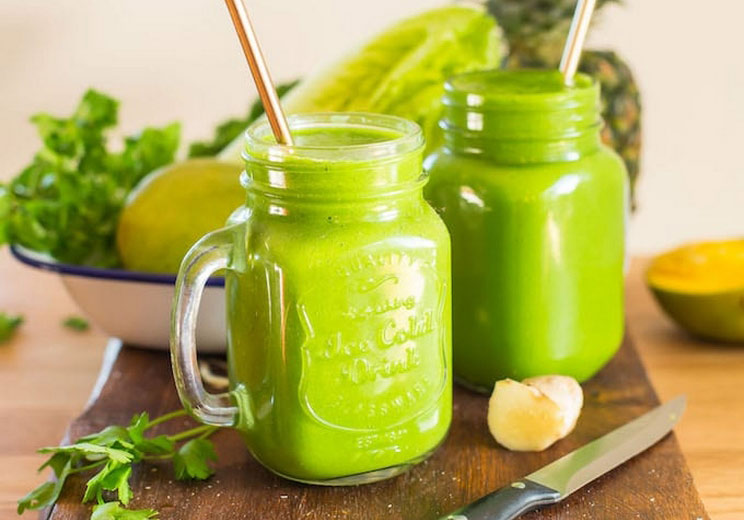 Kale, romaine leaves, and parsley make up the greens in this smoothie, while ginger, pineapple and mango add a spicy sweetness. 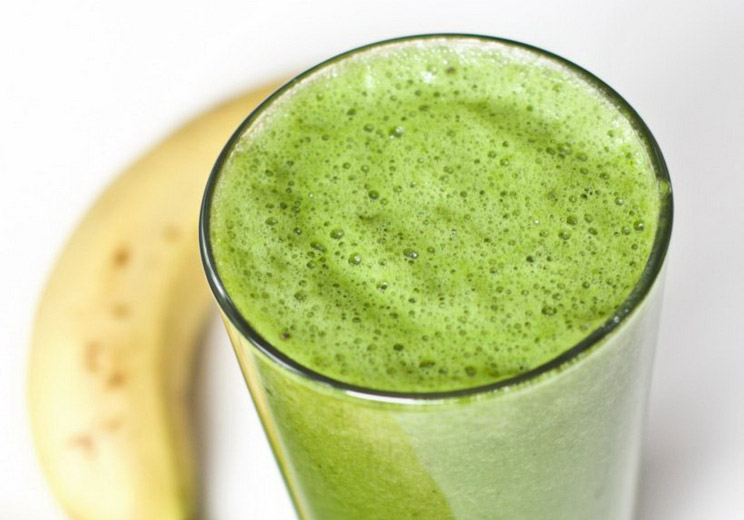 Not only does this smoothie help burn fat, but it’s great for your hair and nails.

Go tropical with this spinach-filled, coconut and pineapple-flavored concoction. 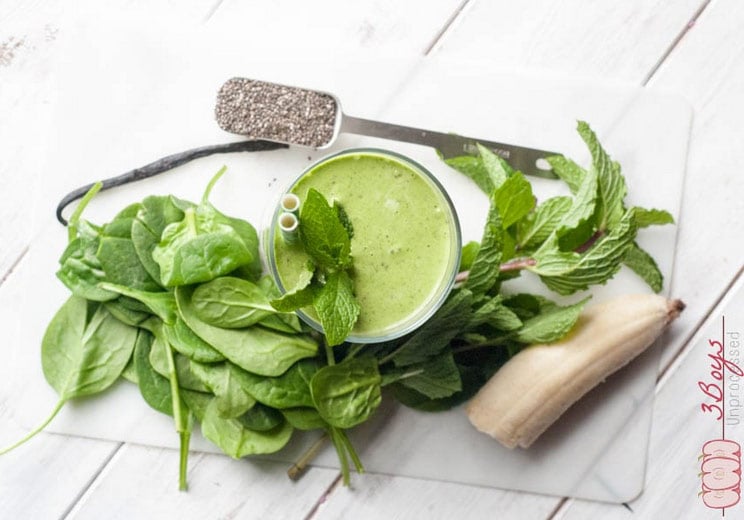 This double-layered smoothie is loaded with spinach and mint. 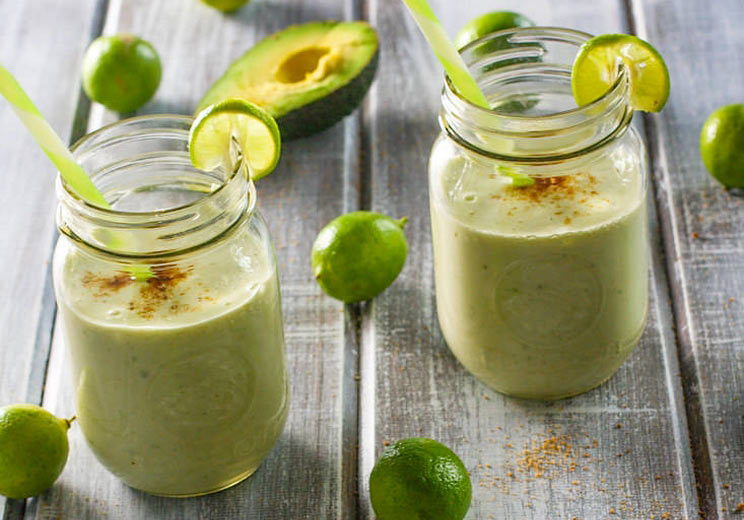 Avocado, banana, and limes make for a well-rounded green smoothie that tastes just like pie! 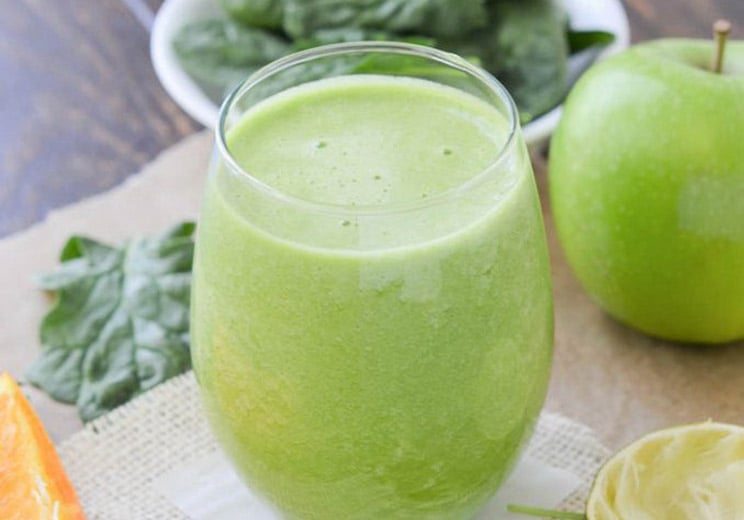 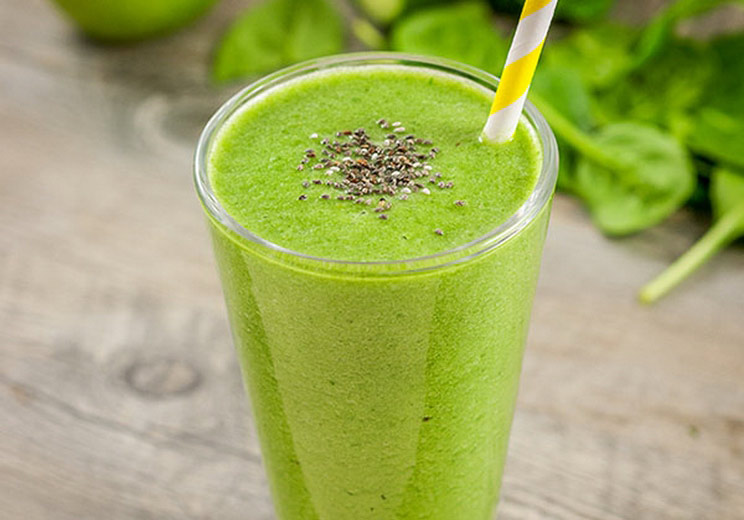 Spinach and cucumber make up the veggie-portion of this smoothie, and you can opt to add either kiwi or apple for sweetness.

Recipe: My Food and Happiness | Cucumber and Spinach Smoothie 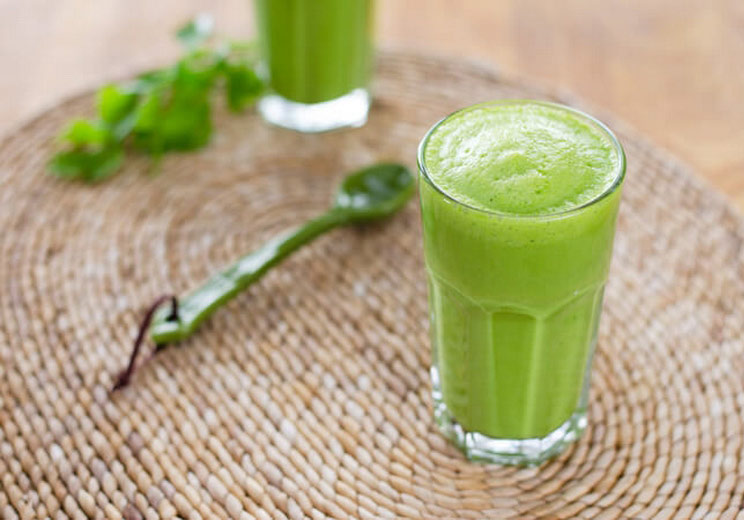 Fresh spinach, pineapple, and coconut milk: That’s all it takes to make this delicious green smoothie. 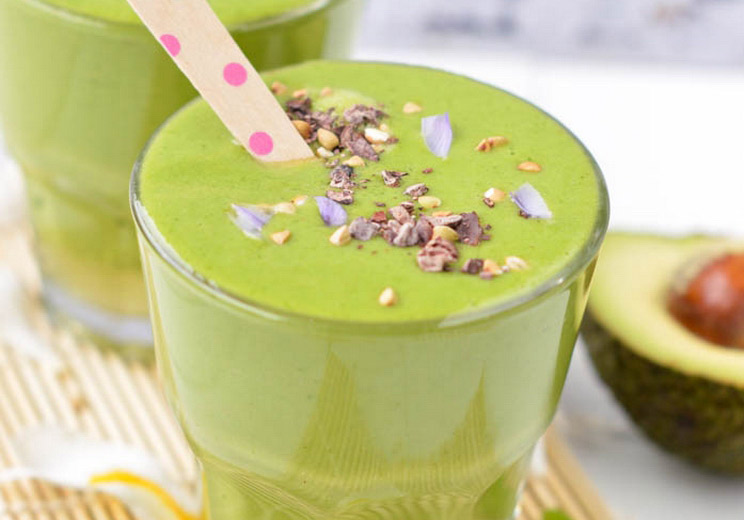 This decadent, 4-ingredient green smoothie is loaded with spinach, pineapple, and avocado.