The Natural Benefits Of Grass-Fed Butter

Some of the most interesting cultural (and culinary) changes in the first 16 years of this century have been overturning popular, sustaining myths. Case in point: butter.

For many years, it was considered one of the worst things to be eating on a regular basis. This largely stems from the heart disease epidemic, which began around 1930. [1] Heart disease is still one of the world’s leading causes of death. [2] Around the 1950s, with the popularity of Ancel Keys, a nutritional researcher, came the idea that foods like butter, meat, and eggs were the problem. [3] The problems were – supposedly – saturated fat and cholesterol. Keys gained popularity with his theory, but he also disregarded a lot of his own data, focusing instead on the data that did support his idea.

While the science is a little bit complex, one of the biggest flaws in this theory came from data that was obtained from feeding cholesterol to rabbits. Cholesterol then caused problems in the rabbits. This would be notable – except that rabbits are herbivores, and should not be able to tolerate cholesterol.

Want to go Paleo? Not sure where to start?
Start with this FREE Paleo For Beginners Guide Today! [tweet_quote]The “research” originally demonizing butter never took sugar into consideration.[/tweet_quote]

Another major flaw with the research was that Keys didn’t attempt to differentiate between heart healthy, beneficial fats and the detrimental kinds. He also didn’t take the real culprit behind many of the discovered health problems into consideration, i.e., sugar. Both of these scientific errors would be corrected in due time – though many researchers of the day openly critiqued his poor science. In fact, there was no correlation of dietary fat and heart disease when more countries beyond Key’s original picks were added.

The changes that came from Keys may have done more harm than good, though. Once we stopped consuming foods like butter and replaced them with choices like margarine, our disease rates skyrocketed. [4] If the problem of heart disease was simply caused by our traditional foods, we likely would have seen the lessening of disease rates, not an increase. Clearly something was off in recommending lower cholesterol and saturated fat intakes. As many in the scientific community have noted, saturated fat is simply not the problem. 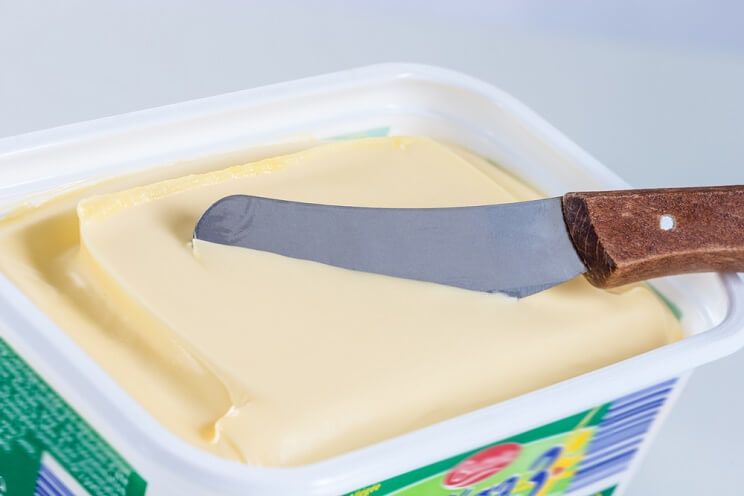 Another issue in our recent history has been the quality of our butter, or butter-like products, like margarine. There was a 20-year period in which margarine was thought to be a much better alternative than butter. That couldn’t have been a worse choice. Margarine is, for starters, one of the least natural “foods” ever created. It was created entirely in a lab, and was devised just as a cheaper way to serve butter. Cheaper – not healthier. That’s because margarine is made from poor quality oils, like sunflower, soybean, cottonseed, or rapeseed oil. These oils are pro-inflammatory and actually cause negative results for our health.

Since margarine wasn’t yellow, scientists had to further “enhance” their product by dying it yellow. Perhaps worst of all, margarine has always been made from trans fat. [5] Trans fat is one of the only things that all health professionals can agree on: that it is utterly useless and completely dangerous to our health. [6] Scientific studies have shown that trans fat can cause heart disease. [7] It also may lead to diabetes, clogged arteries, and high cholesterol. [8]

Why Grass-Fed Butter Is Better 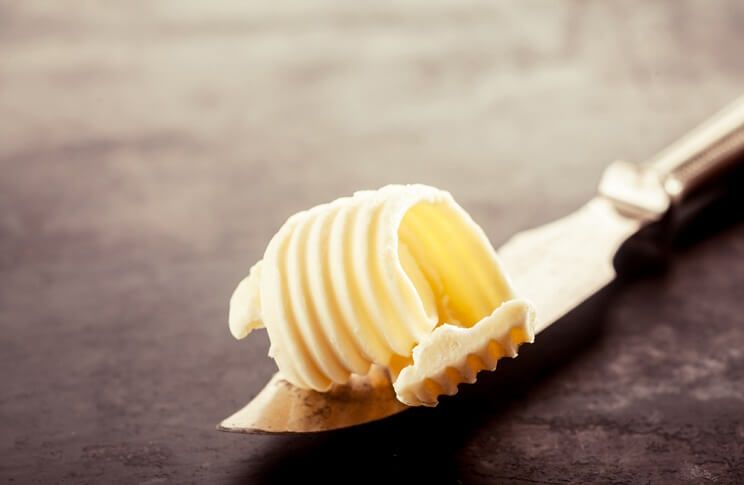 Why is butter so much better than margarine, and why has it been avoided for so long? For starters, the idea that saturated fat is damaging has been proven untrue. Debunking this myth gets rid of a lot of the poor evidence presented by Keys and takes the impact out of many others who have used it to push the blame onto butter. Saturated fats can actually help your blood lipids. [9] That is because saturated fats not only raise your good cholesterol, but they change the type of LDL cholesterol to the less dangerous, “large and fluffy” kind. We now know that there is much to measure in terms of cholesterol, not just total cholesterol. With advances in modern science and the widespread availability of information, we are able to much better discern the benefits of butter, and weed out poor science.

The Type of Butter Makes All the Difference

When it comes to the benefits of butter, the quality and source make all the difference. Just like the benefits of grass-fed beef are unique compared to grain-fed, grass-fed butter trumps all other kinds. Grass-fed butter is high in vitamin K2, which is a uniquely beneficial vitamin found in hardly any other foods. [10] With the idea of healthy eating becoming more and more mainstream by the day, it is now easy to find grass-fed butter in nearly every store. My personal favorite that I put on everything is Kerrygold Pure Irish butter. Get the unsalted kind if you are looking for the absolute healthiest choice. [tweet_quote]Grass-fed butter is high in vitamins A and K2.[/tweet_quote] 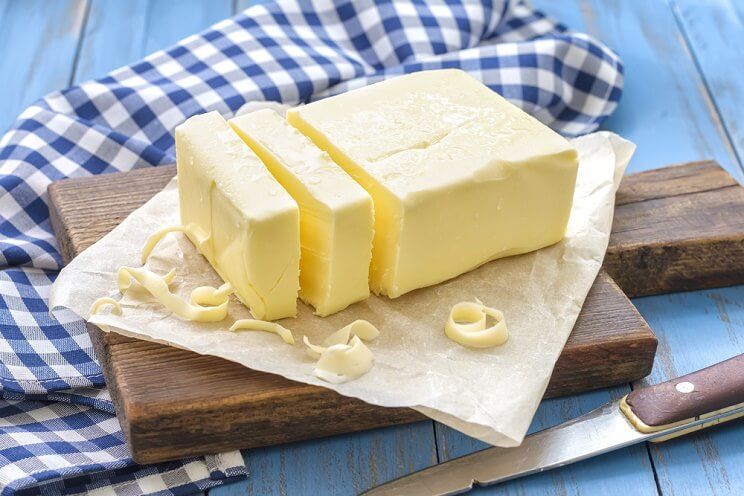 Once upon a time, heart disease was thought to be caused by too much cholesterol. However, as time moved on, we have come to realize that inflammation is the real culprit behind many diseases. In fact, it is now known that excess inflammation in the endothelium is a critical part of plaque formation and – eventually – heart attacks. [13]

One important nutrient in grass-fed butter that is particularly beneficial is butyrate (or butyric acid). Scientific studies have shown that this particular fatty acid is a potent anti-inflammatory substance. [14] This means that grass-fed butter – long thought to worsen your odds for disease, is – instead – likely lowering your odds for developing disease. [tweet_quote]Cholesterol doesn’t cause heart disease. Inflammation does.[/tweet_quote]

Remember – quality is what counts. No matter what you are eating, the nutrient density and health effects of many dairy products can vary greatly, depending on the diet of the cows. [15] Since grass is the natural, normal food for cows, dairy products from these cows is much healthier, specifically being much higher in omega-3s and vitamin K2. [16] By contrast, grain-fed cows produce food with lower levels of beneficial nutrients. The positive effects of grass-fed butter are not just anecdotal – studies show that in areas where cows are grass-fed, individuals who ate the most high-fat dairy products had a 70% lower risk of death from cardiovascular disease. [17] Those are some pretty strong numbers. 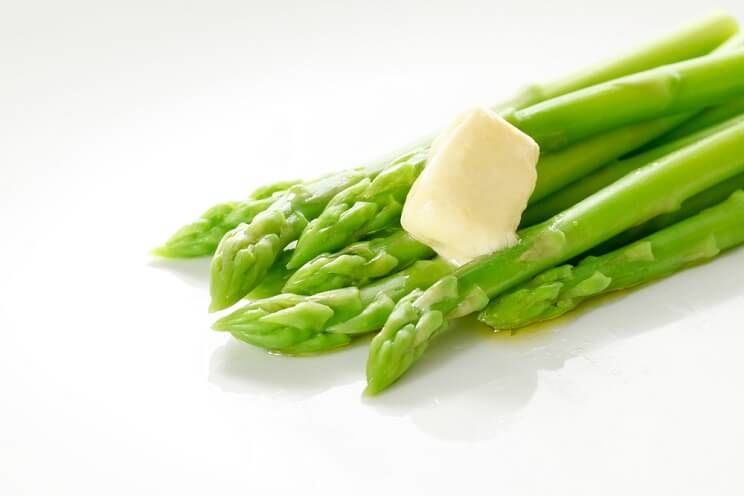 This topic is a bit tricky, and the truthful answer is no, as butter was not around during the Paleolithic time period. However, it is important to note that if one were to limit oneself to truly Paleolithic foods, they would not be able to eat most meat or vegetables, either. Another issue is that butter is a form of dairy. However, butter is usually the least problematic dairy food to be consumed since it’s largely fat and low in problematic compounds like casein and lactose. If you’re still worried about butter being hard to tolerate, you can clarify it to get ghee. Ghee can be a tasty alternative if you’re sensitive to butter.

What Is the Science Behind Grass-Fed Butter?

While you might look at grass-fed butter and think it only consists of a block of yellow flubber, there are actually 400 different fatty acids at play inside the yellow exterior. [18] There are also a large quantity of fat soluble vitamins as well as the aforementioned beneficial omega-3s. Remember, the science behind the “Lipid Hypothesis” has proven to be bunk. This poor science perpetuated dangerous health myths for many years, and we are only now beginning to understand just how damaging this misinformation has been to our collective health.

Grass-fed butter is one of the healthiest forms of fat you can include in your diet – full stop. Though it is hard to unlearn years of poor misinformation, it will benefit your health to understand why the recommendations of the past were actually harmful. However, remember that just because grass-fed butter is healthy, that doesn’t mean you can skip on all other elements of a healthy diet – namely eating plenty of vegetables and nutrient-rich foods. The main takeaway is to skip the margarine, use grass-fed butter instead (in moderation), and enjoy the taste of good health! 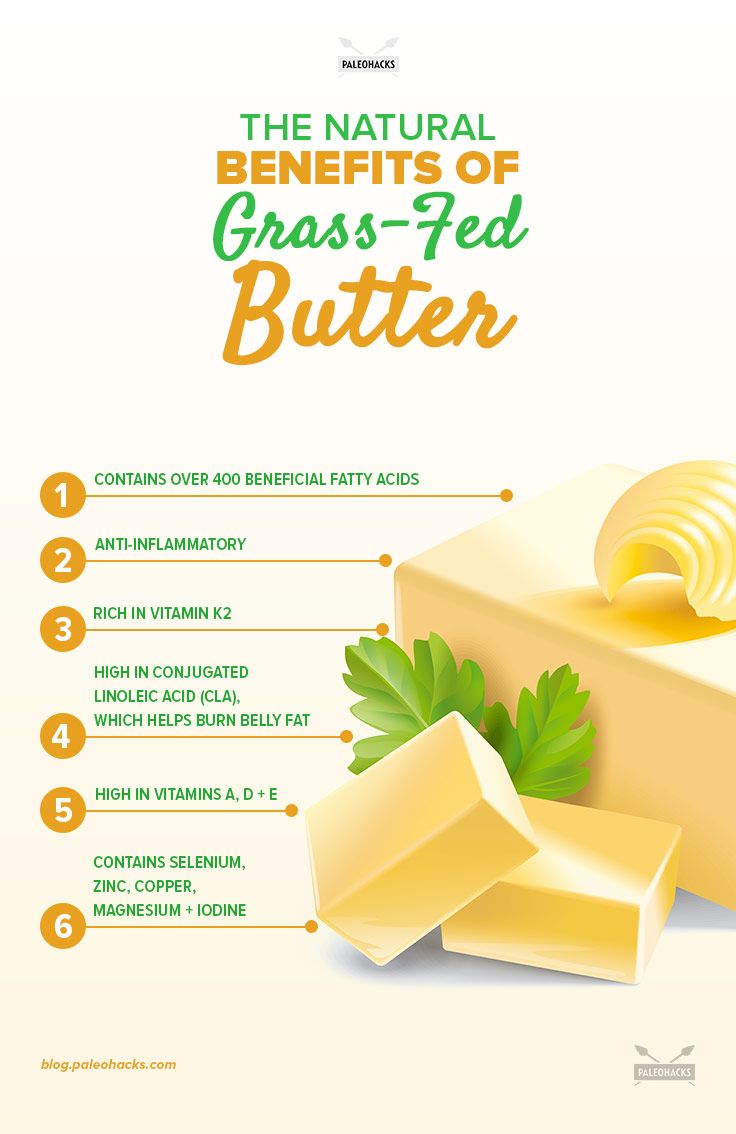 (Read This Next: 7 Ways the Low-Fat Diet Can Wreck Your Health)

Jet Lag: Symptoms & Natural Remedies
Next Post: The Link Between Autoimmunity and Your Gut