11 Foods That Affect Your Thyroid Health

Goitrogens are substances in food that can wreak havoc on the function of your thyroid gland. Goitrogens get their name from “goiter”, which is what an enlarged thyroid gland is called.

You might have never heard of the words “goiter” or “goitrogenic” but if you’ve been affected by thyroid problems, you’ll definitely want to adjust what you eat in order to support your thyroid health.

The thyroid gland is one of the largest in the endocrine system and is found in your neck, below some cartilage. It’s shaped like a butterfly in healthy people, and lies up against the trachea and larynx. Your thyroid controls how your body responds to other hormones, makes certain proteins, and controls how fast your body uses energy.

It influences your body temperature, mood, and your metabolic rate. It produces triiodothyronine (T3) and thyroxine (sometimes called T4). It also produces calcitronin, which has a role in calcium homeostasis.  In other words, it’s pretty important that it works properly.

Cruciferous foods tend to be high in goitrogens, meaning you’ll want to eat them in moderation for thyroid health. If you’re having thyroid problems, you may want to bulk up foods with smaller amounts of goitrogen (1), listed below.

9 Foods with Smaller Amounts of Goitrogens

Should You Avoid Foods Low in Goitrogens? 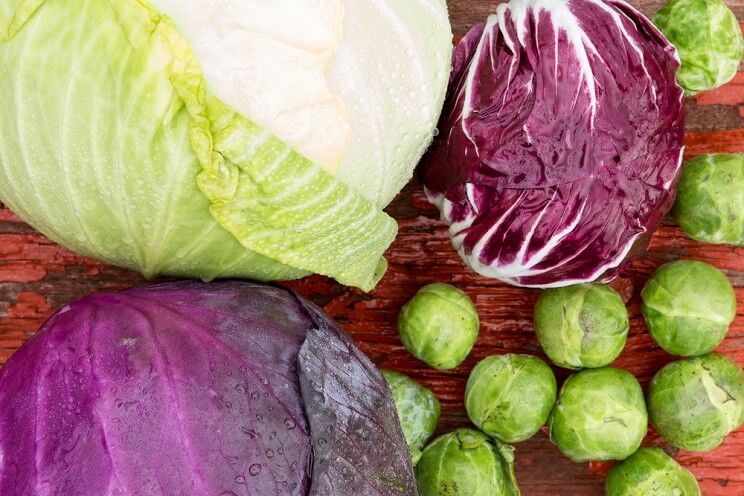 Just because certain foods are high in goitrogens doesn’t mean you should avoid them. With the exception of soy, the benefits of these (mostly cruciferous) foods far outweigh the downsides. When possible, try avoiding these foods in their raw form, as cooking helps reduce the goitrogenic substances by up to a third. Keep in mind that eating several of these foods in one day has a cumulative effect, so eat them in moderation, especially if you have thyroid issues.

One way to offset the effects is to eat foods high in iodine along with them. (2)

Other Causes of Goiter

The condition of enlarged thyroid is most common among women. 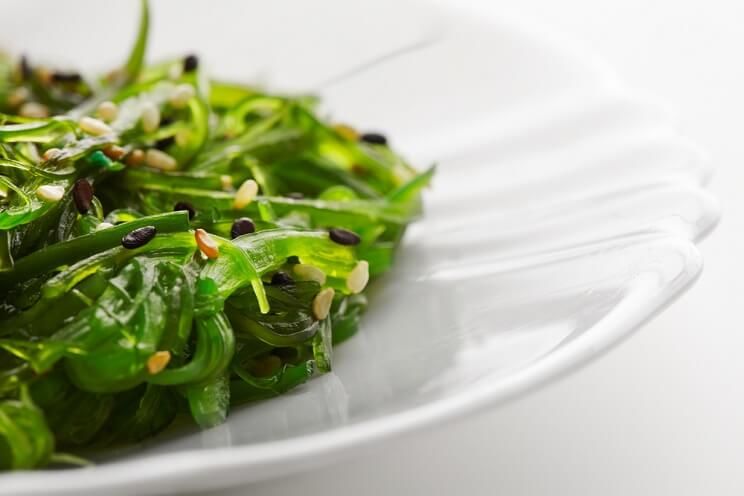 There are several foods that will support thyroid health. Among them are those high in iodine and tyrosine. as well as certain fruits and vegetables

Iodine is the most important element in thyroid health. Most goiters are caused when the thyroid enlarges in an effort to pull more iodine in out of the bloodstream. For most people with goiters, a diet high in iodine is the most common treatment.

Foods that are high in iodine include kelp and other sea vegetables, fennel, Jerusalem artichokes, cow’s milk, eggs, and raisins. If you currently use sea salt or other fancy salt, check to see if it has been iodized. Sprinkling iodized salt on your foods is the easiest way to get a bit of iodine in each meal.

Tyrosine is an amino acid that is found in a lot of goitrogenic foods like wheat, peanuts, and soybeans. It’s important to get tyrosine without those goitrogenic properties tagging along. Some good Paleo-friendly sources include pumpkin seeds, beef, fish, eggs, bananas, avocados, poultry, and almonds.

These animal-based foods high in protein also tend to be good sources of Vitamin B12 and selenium, which are also important for thyroid health. Salmon, high in tyrosine, are also excellent sources of Omega-3 fatty acids, which are anti-inflammatory and can help with proper thyroid function.

If you’ve got thyroid issues, some of the best foods you can eat (aside from those already mentioned) include non-cruciferous vegetables and fruit. Vegetables and fruit, in general, tend to contain high amounts of antioxidants, especially when eaten fresh.

Antioxidants help protect your body against damage from free radicals. Most also have high amounts of electrolytes like potassium and sodium, which contribute to the movement of fluid in body tissues. [tweet_quote]Electrolytes help fluids to your body tissues. Eat lots of squash, mangoes and bell peppers to get your share![/tweet_quote]

Most fruit is high in Vitamin C and other antioxidants. Some non-goitrogenic fruits you should eat include mangoes, citrus fruits, blueberries, dark-skinned grapes, pomegranates, guavas, cherries, apricots, apples, pineapples, and kiwis.

People who follow a Paleo diet already avoid a few of the goitrogenic foods like soy and peanuts, but what about the other foods?

Chances are, if you eat Paleo-style, your diet is rich in selenium and tyrosine, iodine, antioxidants, and other beneficial nutrients. Eat lots of fish, meat, poultry, eggs, and grass-fed butter to help maintain your thyroid health.

(Read This Next: Your Thyroid-Gut Connection) 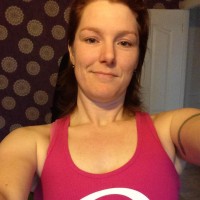 Rebecca MacLary is a fitness and nutrition writer who has lived a Paleo lifestyle since January 2012. She enthusiastically recommends a diet based on whole, real foods and an active lifestyle for the best possible health. Along with cooking and testing new Paleo recipes, she loves weight training and reads peer-reviewed studies on nutrition, exercise, and health in her spare time.

Moroccan Lamb Stew Recipe
Next Post: Oral Health: You Are Only As Healthy As Your Mouth w/ OraWellness – Paleo Podcast #22