How to Read PLU Codes on Grocery Produce

When you buy produce from a supermarket, you’ll see it rocking a sticker containing a four- or five-digit number. This number is called the Price Look Up code, or PLU code. If you’re like most people, you just peel the sticker off, throw it away, and think nothing of it. Believe it or not, the numbers on the sticker mean a lot to your health.

The next time you buy a fruit or vegetable, take a second to check out its PLU. The code doesn’t just determine the price of the item at checkout, it also tells you about how the produce was grown (1). Since 1990, PLU codes have been assigned by the International Federation for Produce Standards (IFPS). Why? To make inventory control and checkout easier, faster, and more accurate.

So What Exactly Does The PLU Code Tell Us?

The numbers identify the produce. For example, an apple isn’t just an apple, and an orange isn’t just an orange. Produce is grown from the ground and there are many ways to do this, as well as tons of locations where produce originates from. PLU codes distinguish things like size, growing method (i.e., organic vs. conventional), type of commodity (e.g., apple), and variety (e.g., Fuji apple, Pink Lady apple). These numbers are randomly assigned, meaning that each digit doesn’t code for something specifically.

What Do The Numbers Mean? 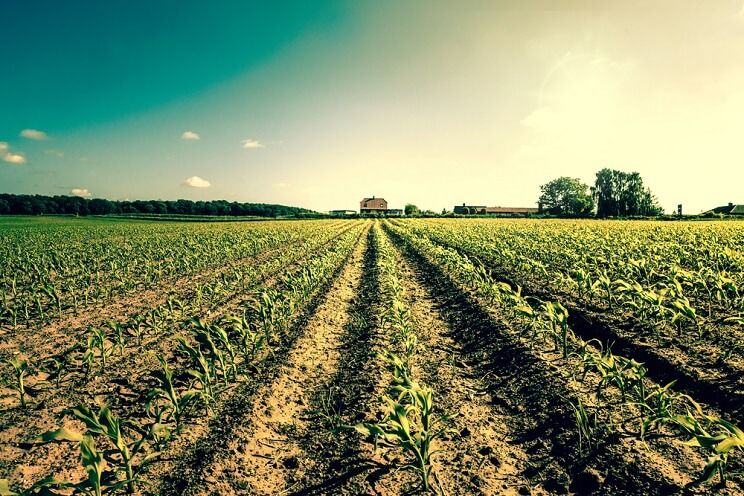 If the sticker only has four digits and is in the 3000-4999 range, the item was conventionally grown. Conventionally means in a traditional way according to industrial agriculture, which includes: the use of pesticides, chemical fertilizers to promote growth, and chemical herbicides for weed maintenance.

Produce with the prefix 9 will have five digits (i.e., the 9 is tacked onto the beginning of the four-digit identifier) and means the item was grown organically. Organic farming differs from conventional farming in a few ways: compost and manure are used instead of chemical fertilizers; insects and birds, mating disruption and/or traps are used in place of synthetic pesticides; and crop rotation, hand weeding, or mulches are used instead of synthetic herbicides. Organic produce is usually grown without the use of genetic engineering.

At some point in time, five-digit codes starting with the number 8 signified that the item was genetically modified. However, this system was discontinued because of the high volume of incoming code requests and the need for more digits to assign. So unfortunately, if the item is inorganic, there is no way to tell if the item was genetically modified simply by looking at the PLU code (2). If the PLU starts with anything other than the numbers listed above, the code is not part of the internationally standardized PLU coding system.

What If The PLU Code Has More Than Five Digits?

A sticker with more than five digits also means that the number isn’t a part of the internationally standardized system. For example, if the sticker is six digits long, though it may have a label, there is no guarantee about where the item came from or what the item is.

Is It Required To Label Produce With PLU Codes?

Nope, the system is voluntary and is not regulated by a government agency. But, PLU stickers are usually required by the retail industry and are used based on business needs to identify a point-of-sale (POS). For example, supermarkets and other retail grocers, like Target, usually require the use of PLU stickers on produce.

Conventional VS Organic: Which One Is Healthier?

There is some pretty confusing evidence out there, but we do know for sure that “organic” describes the way in which the food was produced. Some say that there is no clear cut evidence that conventionally grown food is any less safe or nutritious than organically grown counterparts (3, 4).

Other studies show that organic food is more nutritious because it has higher levels of antioxidants (5). Critics of organic food will argue there’s uncertainty as to whether or not your body is able to use these extra nutrients and antioxidants. The other side of the argument is that meta-analyses have shown organic food to contain about four times less pesticide residue lingering on or in it versus conventional food (6). 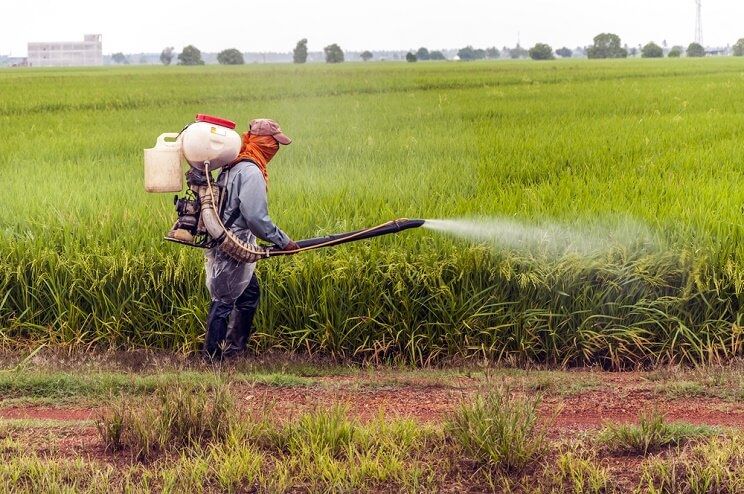 Pesticides are any chemicals released into the environment to kill something living (i.e., weeds or insects), and they may be natural or synthetic. Those who defend conventionally grown food say that the amount of pesticide residue left on the produce is too small to pose a risk to your health. Depending on where the fruit or vegetable was grown and what type of fruit or veggie it is will determine the amount of residue left on the food (7). [tweet_quote] Long term pesticide exposure has been seen to increase the risk of Alzheimer’s disease, Parkinson’s disease, prostate, ovarian and other cancers in farmers [/tweet_quote]

Always be sure to thoroughly wash your produce before you eat or cook with it to minimize your intake of pesticide residue and bacteria. Even when you don’t plan on eating the skin of a fruit and vegetable, it’s still important to wash the skin before you cut into it so that bacteria or residue are not spread to the flesh (8).

However, be mindful that some pesticides grow into the produce and cannot be washed off (9). While pesticide exposure in low quantities may not affect you drastically, long term pesticide exposure has been seen to increase the risk of Alzheimer’s disease, Parkinson’s disease, prostate, ovarian and other cancers, depression, and respiratory problems in farmers (10).

Besides farmers, children are at higher risk to pesticide exposure since their bodies are smaller and they metabolize differently from adults and toxins can linger in their systems for much longer, potentially causing more damage. Pesticides have the power to disrupt development of a child starting in the womb (11).

The Environmental Working Group is an American environmental organization specializing in research and advocacy. Each year they publish a list of the most popular produce items with the highest and lowest amount of pesticide residues. The top twelve are referred to as the Dirty Dozen, and the top fifteen with the least amount of pesticide residue are referred to as the Clean Fifteen.

* A small amount of sweet corn, papaya and summer squash sold in the United States is produced from GE seed stock. Buy organic varieties of these crops if you want to avoid GE produce.

Should I Try To Avoid GMO Foods? 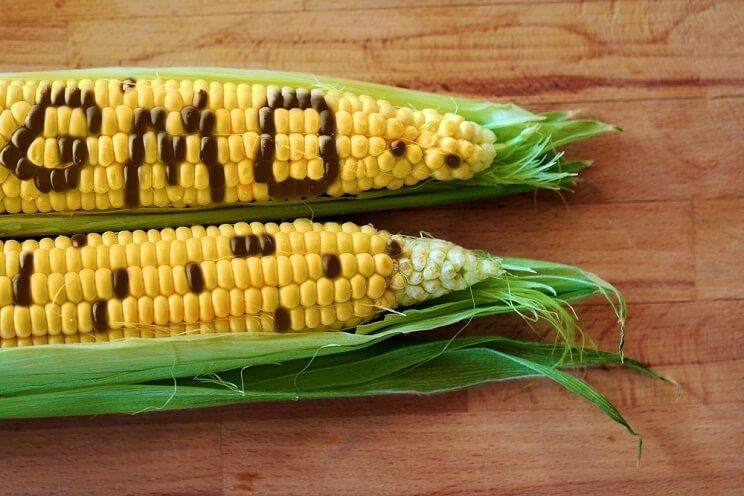 As of right now in the U.S., GMO foods are deemed safe. Though we don’t think much of GMOs here in the U.S., at least 19 countries in Europe ban the production of GMO produce and all 28 require GMO products to be labeled (12). There’s tons of research fighting for both sides, but there’s no solid scientific consensus on GMO safety (13). It’s not yet required for food producers to label GMO products in the United States (14), but it is a very hot topic and the decision is not yet final. [tweet_quote] Something to think about: Monsanto banned genetically modified food from being served at their employee canteens [/tweet_quote]

In the 1970s, Monsanto (15), a global leader in industrial agriculture, began to popularize the use of genetically modified organisms to incorporate seeds containing glyphosate, an herbicide, to make their crop weed resistant. Yet would you believe that Monsanto banned genetically modified food from being served at their employee canteens (16)? It’s definitely something to think about. If you are trying to avoid GMO foods, check out the Non-GMO Shopping Guide here.

What About The Farmer’s Market? 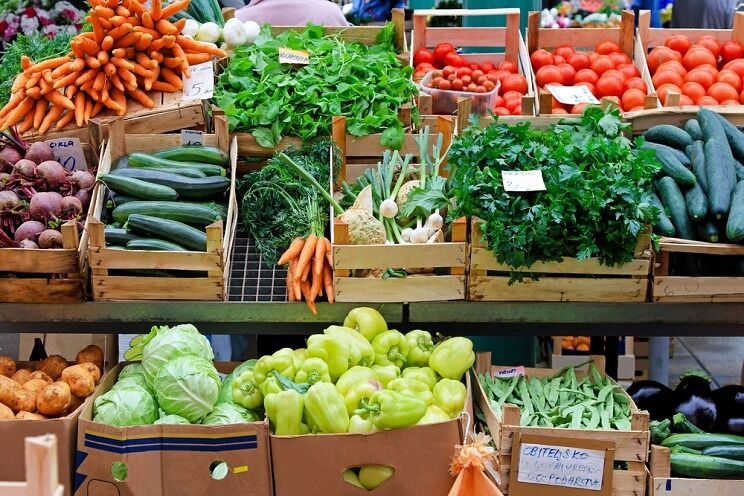 Farmer’s markets are more likely to carry produce that doesn’t wear any PLUs. If you’re curious about where the food came from and how it was grown, just ask!

We live in a world where it’s virtually impossible to eliminate the possibility of consuming pesticides from our produce unless it’s homegrown. And even then, it’s important to know whether or not the seed was genetically modified. Pay attention to those little stickers on your produce to keep track of, and minimize, your intake of pesticides and other harmful chemicals. 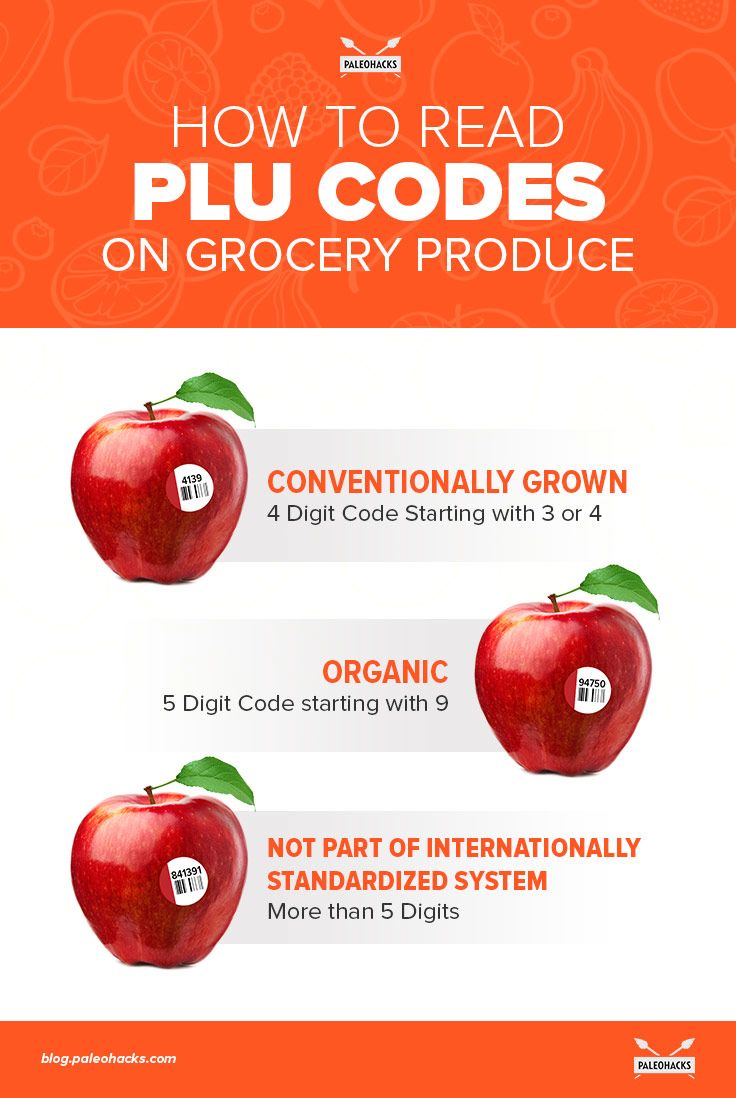 (Read This Next: The Real Difference Between Brown Eggs vs. White Eggs) 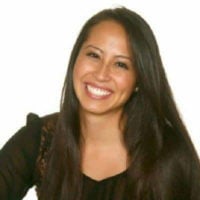 Liz Lang is a Clinical Research Coordinator with the Southern California Institute for Research and Education in the field of Gastroenterology. Liz graduated from the University of California, Irvine with a degree in Public Health Sciences. She has an insatiable thirst to learn how the human body works in order to keep people healthy. When Liz isn’t in the clinic, she enjoys exploring nature, yoga, and trying new things (especially food!).