Brain fog is a murky symptom that can cause trouble with focusing, remembering, learning, and even really feeling connected to daily life.

Brain fog is a murky symptom that can cause trouble with focusing, remembering, learning, and even really feeling connected to daily life.

It can be a short-term feeling or one that seems to constantly stick around.

While brain fog can have a number of different causes, like being stressed, having unbalanced blood sugar, or being low in iron, there are also dietary causes of brain fog. If you remove these offending trigger foods, you might just swap a fuzzy brain for a mentally alert one that is on top of its game.

Even if you don’t have celiac disease, gluten can still be problematic. Non-celiac gluten sensitivity can cause an inflammatory response in the body when gluten is ingested. (1) Over time, regular consumption of gluten can lead to low or high levels of inflammation, which can impact the way that the brain functions. Since part of the nervous system lives in the gut, when a food you’re eating aggravates your intestinal lining or some other aspect of digestion, it won’t be long before symptoms start trickling out to different parts of the body – the brain included.

Eat this instead: Swap gluten with Paleo-friendly flours like cassava or almond flour. They replace one-for-one in traditional baking, and come with a higher level of nutrient benefits. Cassava flour is a great option for people who are allergic to nuts, since it comes from a root plant that is neither nut, legume, or grain. 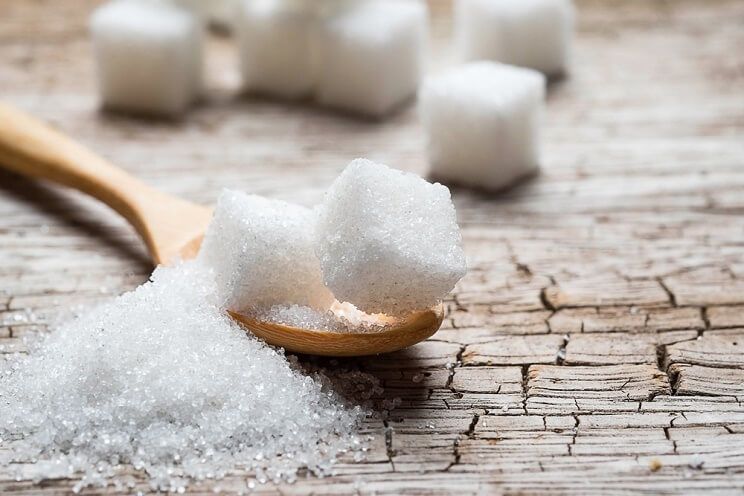 While people may initially fall into eating sugar because it helps to stimulate and wake up the brain, long-term and chronic intakes of refined carbs, “white” flours, refined sugars, and corn syrup can lead to glucose problems as well as systemic issues with yeast overgrowth, also known as candida albicans. (2) Two of the main issues associated with yeast problems can be fatigue and brain fog, and whether they’re specifically caused by yeast or not, the brain typically responds better to diets with balanced levels of protein and healthy fats, and not those that are dependent on huge amounts of refined and empty carbs.

Eat this instead: Instead of refined sugars, choose sweets that use natural sweeteners instead, like raw honey or coconut sugar, which have less of a glycemic impact than cane sugar. Limiting sugar is also essential, but sugar cravings will diminish or lessen when protein is eaten with every meal. If you must have carbs, choose vegetable, fruit, and nut-based carbs so that you’re balancing them with fiber and plenty of other nutrients. 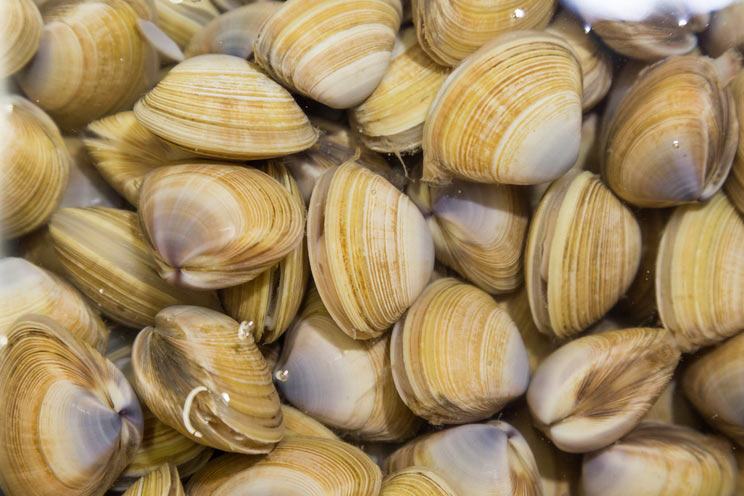 Histamines are often associated with seasonal allergens, but several foods contain histamines. In sensitive individuals, high histamine foods can have a similar hazy reaction that one might feel at the height of pollen season. (3)

High histamine foods include alcohol, fermented foods, dairy products, shellfish, legumes, nuts, and chocolate. While many foods contain some levels of histamines, high-histamine foods can induce symptoms quickly or produce low-level brain fog over a long period of time. If other histamine-related allergies are present, food histamine sensitivity could play a role, and brain fog may improve after some time spent on a low histamine diet.

Eat this instead: Meat, poultry, eggs, and salmon are all low in histamines, especially when they’re cooked fresh. Histamines can build in leftover foods, so prepare your foods fresh and don’t reheat. Most fruits and vegetables (with the exception of tomatoes, spinach, avocado, and eggplant) are low in histamines. 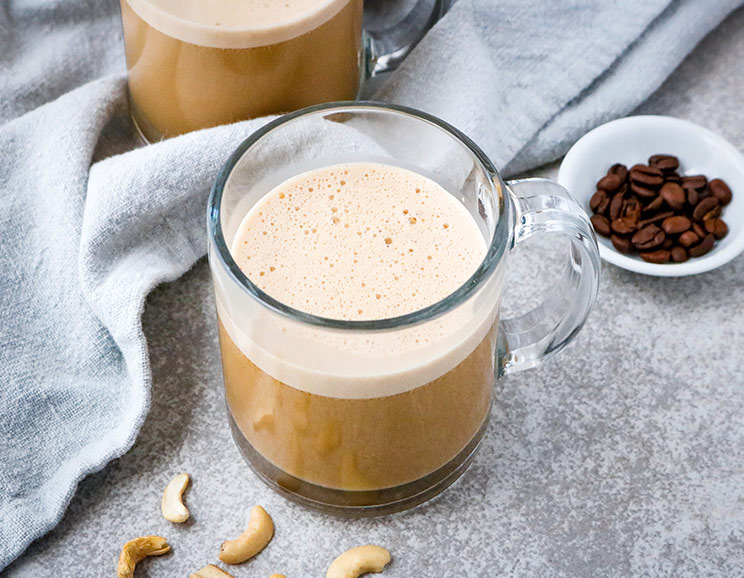 While coffee is the pick-me-up that many people like to start their day with, it can also cause a vicious cycle of dependence that can lead to increasing levels of brain fog as caffeine wears off. The kicker is that the more caffeine you drink, the more likely you’ll be to experience brain fog, which could lead you to drink even more caffeine to clear your head. So the cycle of caffeine addiction goes, and eventually, the cycle might need to be broken. (4)

If brain fog is a perpetual problem for you and you regularly consume more than 100 mg of caffeine daily, it might be time to switch to decaf.

Eat this instead: If you’re a coffee drinker, you have the option of decaf, and going with a darker roast will make the brew taste as strong as a typical cup of caffeinated coffee. You can also opt for energizing herbs and roots to help wean you off coffee. If you’re a soda drinker or you get your caffeine from other sources, try sparkling water or kombucha, which can give a fizzy taste that is reminiscent of soda without the caffeine or sugar. Coconut water is also a great way to keep energized throughout the day, as it includes replenishing electrolytes, potassium and vitamins.

Also, keep in mind that having a full night’s rest (about 7-8 hours of sleep) will reduce the need for using coffee (and caffeine in general) as a crutch to stay alert throughout the day. 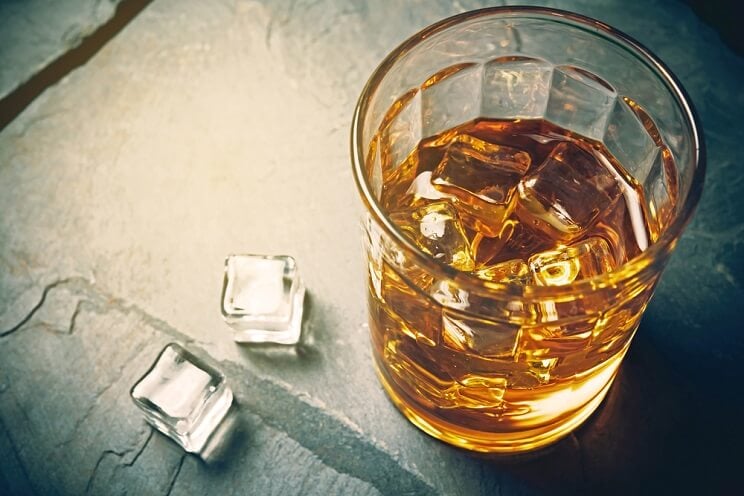 Alcohol can contribute to brain fog, and not just if you happen to be hungover. Many forms of alcohol, especially beer, contain gluten, which, as already mentioned, can be a big brain fog trigger. Even without celiac disease or known non-celiac gluten sensitivity, certain genetics will make alcohol or gluten sensitivity more likely.

Compounding alcohol’s brain impairing effects, it is also extremely high in histamines, which, for people who are prone to allergies or general food sensitivity, can result in either immediate or delayed brain fog results – and sometimes both.

Eat this instead: If you’re looking for a fermented brew that won’t give you a gluten-y buzz, try kombucha. It’s rich in natural probiotics thanks to the fermentation process. But if histamines are your issues, kombucha will make you feel just as bad since fermented foods are high in histamines, too. In this case, skip fermented brews altogether and focus on sparkling water infused with fruits or vegetables of choice for a delicious drink that will feel fancy without making your brain pay the price. 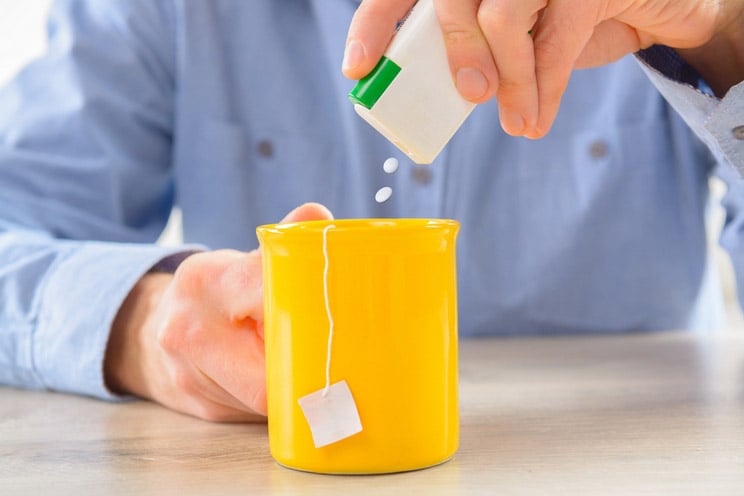 Aspartame and other artificial sweeteners can have a profound effect on the body, whether it’s causing gut imbalances or increasing headaches and brain fog. (5) Not only can aspartame suppress neurotransmitter production, like dopamine, it can cause inflammation in the brain and can actually wear down the brain’s blood brain barrier. When that happens, aspartame can enter the brain and lead to the destruction of brain cells and the release of free radicals.

While that’s an extreme situation (in which brain fog is literally being caused by damage to the brain), it’s important to understand that the brain is not impervious to damage, and that dietary sources of inflammation can have significant and long-term impacts on health.

Eat this instead: Skip artificial sweeteners altogether since they’ve also been linked with cancer and focus on eating whole foods. If you want a zero-calorie sweetener that won’t cause weird side effects, use pure stevia leaf. It’s only needed in small amounts to increase sweetness, and has none of the toxic side effects of aspartame or other “fake” sugars. 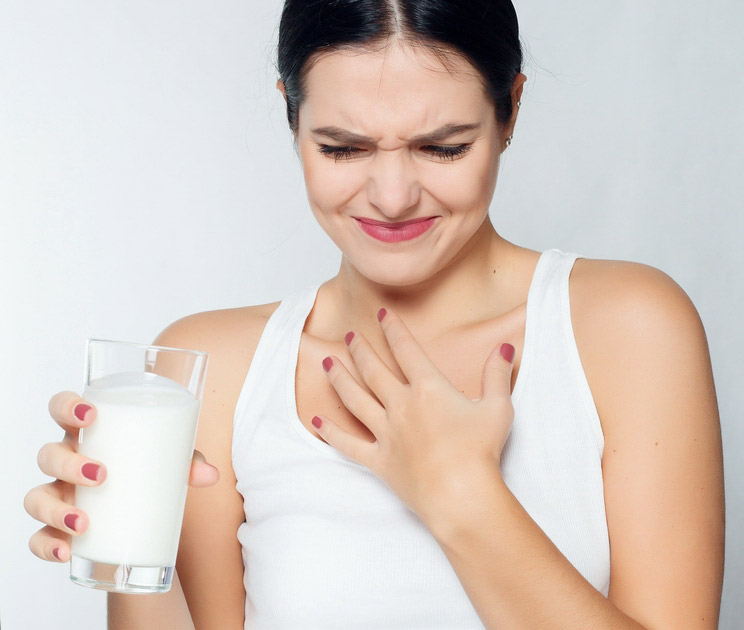 While most people associate dairy or lactose issues with digestive symptoms, more subtle signs of food sensitivity can include brain fog. In more severe cases, allergy or long-term sensitivity can actually lead to mood disorders and autoimmunity. (6)

If you’re already following a Paleo diet, you’ve already eliminated dairy. But if that’s been a big stumbling block for you, keep in mind that eliminating a food for a short time doesn’t mean you’ll never be able to eat it again. While there are benefits to being dairy-free, especially if allergy or sensitivity is present, there are also some easy swaps to lessen the struggle of living a cheese-less life.

Eat this instead: Thanks to some ingenious Paleo and dairy-free recipes, there is such a thing as cashew cheese. When thrown into classic cheese-filled recipes, the texture and the taste is so close to the real thing and so much better for you. There are also numerous dairy alternatives to things like ice cream, yogurt, and even drinking milk, so a dairy-free life doesn’t have to be boring.

Bottom Line: Brain fog can be a life-altering symptom and while the causes can vary, sometimes the fix is as simple as making some dietary changes. Even when you’re altering your diet for health reasons, it doesn’t have to be boring or deprived.