If you’re sleeping all day and still not feeling rested, it might be chronic fatigue syndrome. Here are a few telltale signs of CFS and how to naturally ease symptoms.

This relatively new diagnosis involves a weakened immune system, brain fog and worsened symptoms while standing upright. Here’s what it means to have chronic fatigue syndrome, and what you need to know to get the right care from yourself and your health practitioners.

What Is Chronic Fatigue Syndrome?

Chronic fatigue syndrome, also known as CFS, is a condition where fatigue is experienced so relentlessly that it doesn’t go away with rest and has no other medical explanation. (1)

Fatigue can come on gradually over time or it can suddenly get worse. Either way, the intense level of tiredness is often alarming, and warrants a trip to the doctor. This leads to a battery of tests from doctors that will most often come back as “normal,” leaving the fatigue problem unanswered.

It is estimated that between 836,000 and 2.5 million Americans have chronic fatigue syndrome, but that as many as 91 percent haven’t been diagnosed yet. (2) It can affect anyone of any age, but is commonly seen in women in their 40s and 50s. 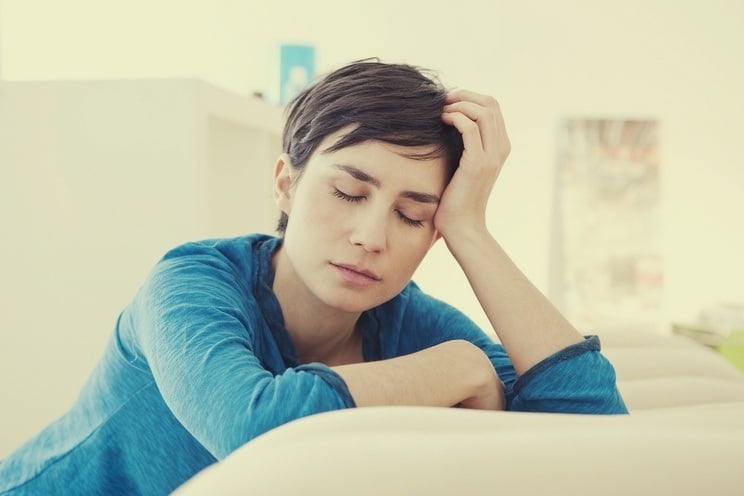 Symptoms of CFS can differ among people with the condition, but there are eight recognized core symptoms. (3)

In order for fatigue to be considered strong enough for a CFS diagnosis, it has to be present for a minimum of six months and severe enough that rest doesn’t improve it. Doctors also look for at least three or four other symptoms on this list.

Post-exertional malaise, or PEM, happens when physical activity or mental stressors that one used to tolerate now worsen fatigue to a level of being unable to function.

With all of the fatigue and PEM, many people with CFS often sleep and sleep for many hours. Unfortunately, a key symptom of CFS is unrefreshing sleep, where even eight or more hours do not improve the physical and mental feelings of fatigue.

People with CFS are both physically and mentally tired. CFS slows the brain’s ability to process information and can result in memory problems, attention disorders, and brain fog.

Also known as orthostatic intolerance, symptoms of CFS worsen when someone is standing or sitting upright, versus reclining or lying down.

While pain associated with CFS is less specific than fibromyalgia or rheumatoid arthritis, people with CFS tend to experience headaches or general body aches that can come and go frequently.

Those with CFS have weak immune systems, which result in more frequent, and sometimes more severe, illnesses.

Epstein-Barr is a virus frequently seen in people who have thyroid disease or disorders, and it’s been noted that it can also appear in people with CFS.

Other symptoms not necessary for diagnosis, but which might be found in people with CFS, are: (4)

Chronic fatigue syndrome isn’t caused by one single thing, but a collection of many factors that result in impaired energy levels. Main theories on CFS triggers include: (5, 6, 7)

Is Your Thyroid to Blame?

Most doctors assess thyroid health with a single thyroid stimulating hormone (or TSH) lab test for patients complaining of fatigue. If this test comes back in the normal range, you’ll likely be told that your thyroid is healthy and sent on your way.

However, research shows that a thyroid issue referred to as “low T3 syndrome” is often tied to CFS. (8) It is also associated with Hashimoto’s thyroiditis and chronic kidney disease. (9, 10) In low T3 syndrome, TSH appears normal and can cause doctors to ignore other thyroid lab tests.

How to Get a Proper Diagnosis

How do you know if you have true CFS or just an underlying thyroid condition – or both?

If you meet all the diagnostic criteria for CFS, then you are dealing with a real case of chronic fatigue. But for most people, they want to know what caused it to start in the first place. This is when you should seek out a thyroid trigger.

Since low levels of the thyroid hormones T3 and T4 can be a contributing factor to debilitating fatigue, getting the right thyroid labs tests is a crucial first step. Test Free T3 and Free T4 to assess how much thyroid hormone your body has available for use. TSH is a meaningless test when it comes to ruling out thyroid-related issues with CFS because in most cases, TSH will appear normal, which is how a thyroid condition gets overlooked in the first place.

Ways to Live with CFS 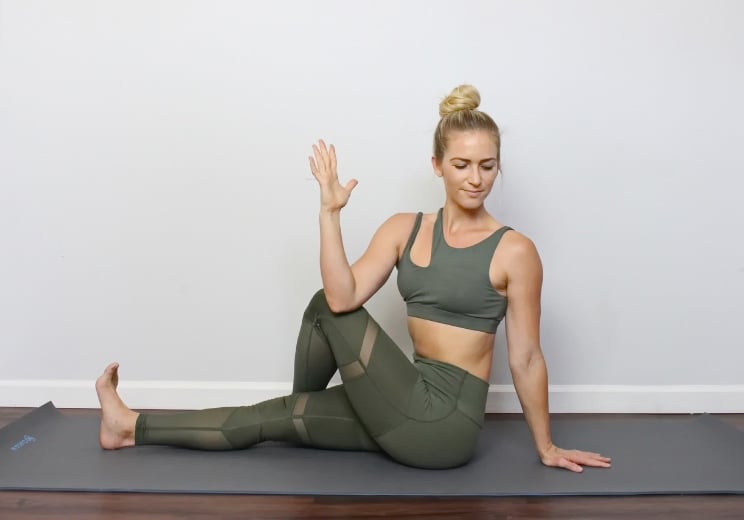 Chronic fatigue syndrome can’t be cured, but it can go into remission. There are some natural ways to help alleviate the life-altering fatigue of CFS.

Coffee and other stimulants won’t offset your fatigue with CFS and can instead increase inflammation within the body. Eliminate or strictly limit caffeine, sugar, and alcohol as much as possible.

Even though you may only want to sleep, sleeping 12 or more hours per day can worsen inflammation and contribute to other hormone imbalances. Skip naps and limit your sleep to 10 hours max per night.

Knowing your limits is vital for CFS, because pushing yourself will only intensify your fatigue. Don’t overdo any form of physical or mental exertion.

These holistic practices can be helpful in alleviating the pain associated with CFS. Work these into your regular routine for natural relief from pain, fatigue and other symptoms. (11, 12)

Chronic fatigue syndrome is still a relatively “new” medical condition and is not yet fully understood. While there is no current cure, CFS can go into remission, and symptoms can be alleviated naturally.

If you have CFS, make sure you’re working with a physician who understands the latest research on this chronic disorder. 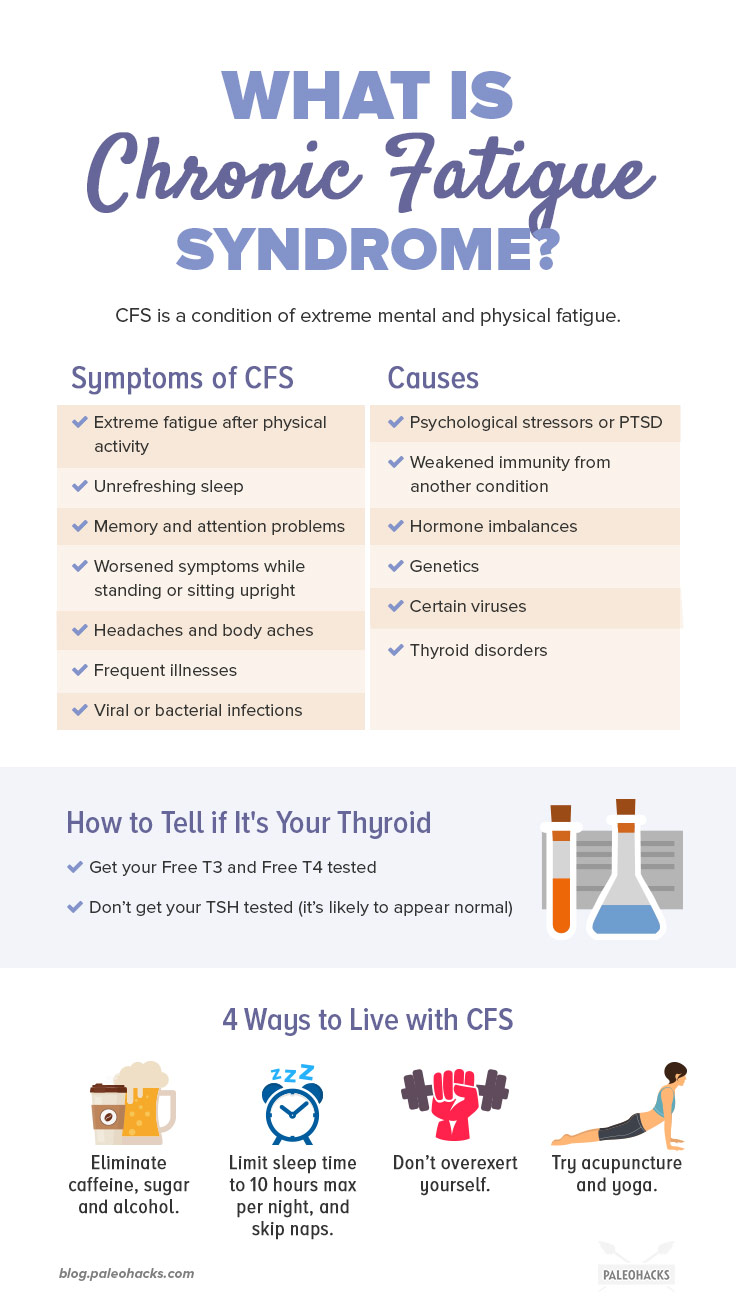 (Read This Next: Nutrigenomics: Discovering What Your Genes Want to Eat)

11 Yoga Poses for Sculpted Shoulders
Next Post: 27 Cozy Fall Soups You Can Freeze