The Truth About Tilapia

Tilapia: It’s mild, inexpensive, and easy to cook. But does it have a place in a healthy diet?

This humble seafood has a way of dividing the Paleo community. Some people love it and can’t stop raving about the health benefits. Others think it’s dangerous, and they do everything they can to avoid it.

Like so many things, it lies somewhere in between.

Keep reading to find out what you need to know about tilapia before deciding to make it a regular part of your diet. 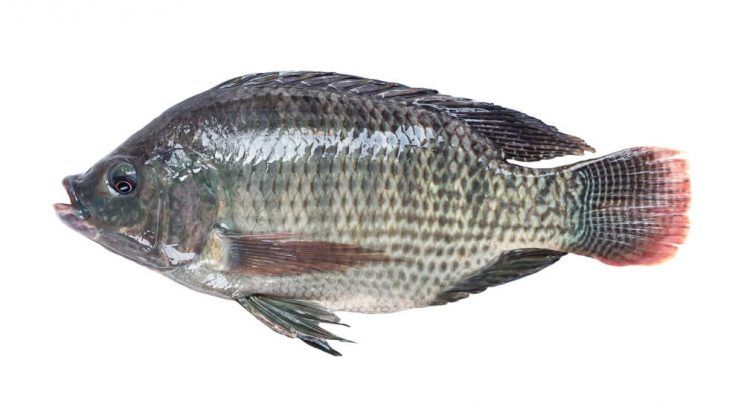 Let’s start at the beginning:

Tilapia is an inexpensive white fish—one of the most popular seafood choices.

They’re native to Africa and the Middle East, but they’ve been distributed across the globe. And they’re farmed in over 80 countries, including Asia and the Americas.

”Tilapia” is actually a general term, which refers to nearly 100 species of Cichlid fish; the vast majority are freshwater fish (1).

Some people call tilapia the “aquatic chicken” because it breeds easily and has a bland taste. That mild taste is actually what attracts many people to the fish, but it drives plenty of others away.

From Obscurity to One of the Most Consumed Types of Seafood 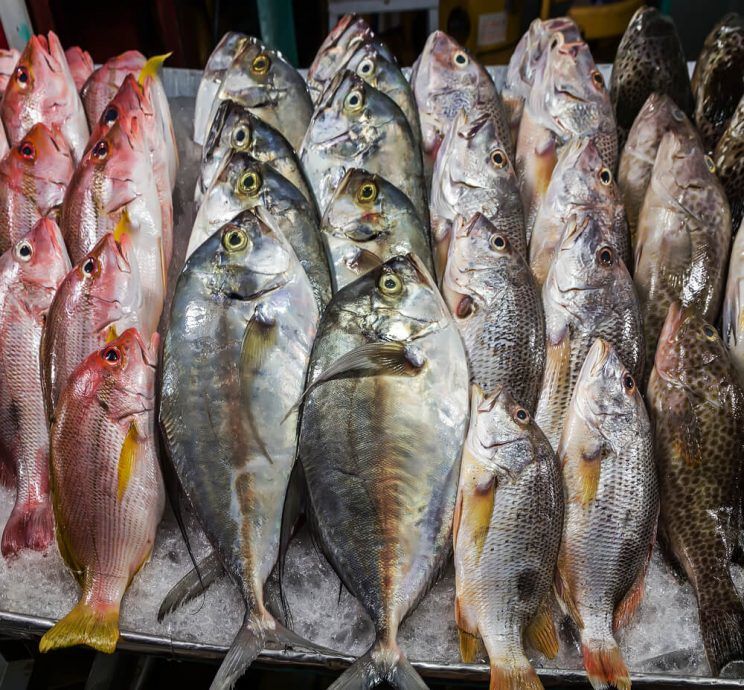 Just a few decades ago, tilapia was basically unknown throughout much of the world. It certainly wasn’t one of the most popular seafood options around!

But things have changed drastically. Tilapia has skyrocketed to the #4 most popular seafood among American consumers. In fact, it had a per capita consumption of 1.436 pounds in 2014 (2)!

What to Think about Before Eating Tilapia 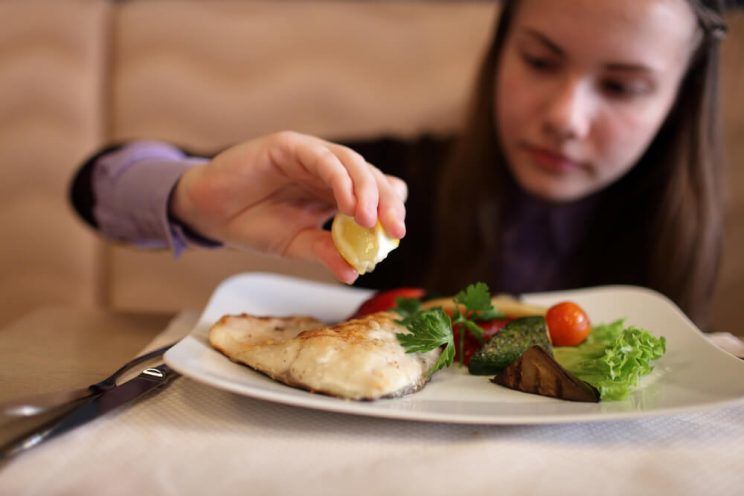 There are plenty of things to think about when deciding whether or not to make tilapia a regular part of your diet.

Here’s a rundown of some of the biggest pros and cons:

Each variety means a difference in quality and environmental impact. 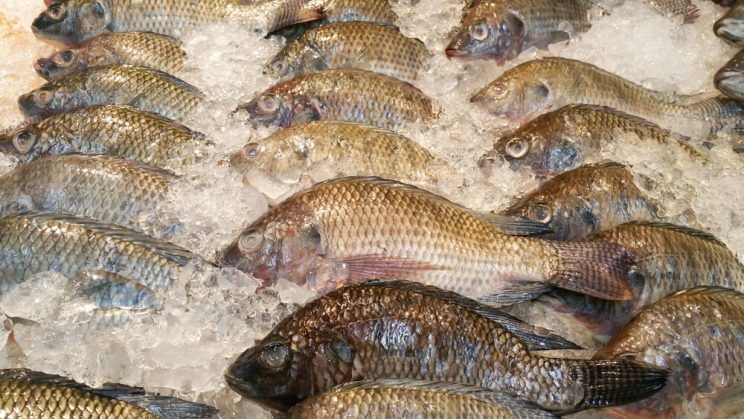 The vast majority of frozen tilapia you’ll find in U.S. supermarkets is imported from Asia (China or Taiwan).

So while it’s definitely the cheapest way to buy tilapia (especially if you buy a ton in bulk), the Monterey Bay Aquarium Seafood Watch recommends not eating it too often—due to poor farming conditions and environmental damage (9). 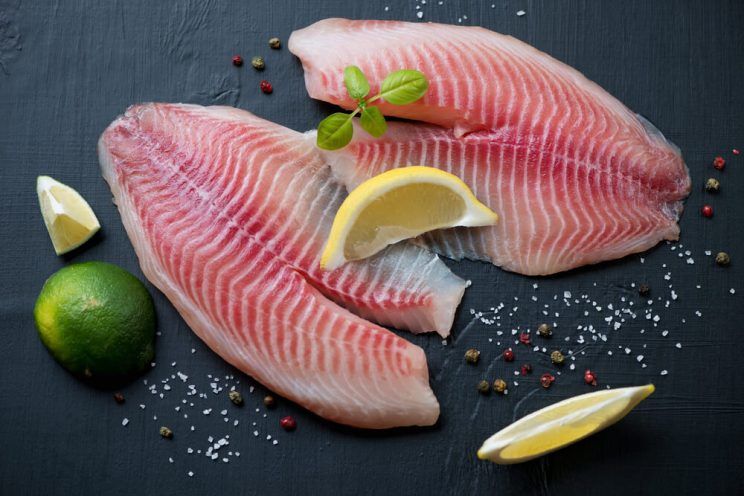 Buying your tilapia fresh generally means getting higher quality and less environmental damage. For those reasons, it gets good reviews from the Monterey Bay Aquarium Seafood Watch (10). 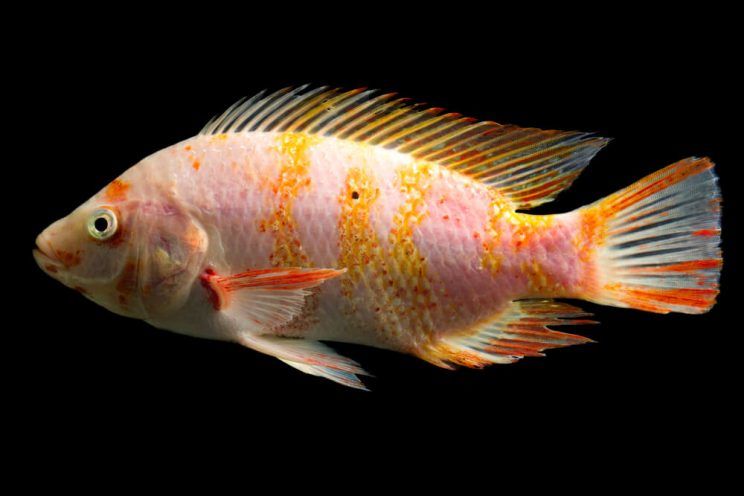 In the United States, live tilapia come from U.S. farms. Environmental impact is minimal, but quality can vary. At least you get the chance to examine the health of the fish firsthand before deciding whether or not to buy!

Live tilapia can be hard to find. Check out your local Asian supermarkets; they’re your best bets.

Sourcing Your Tilapia: What You Need to Know 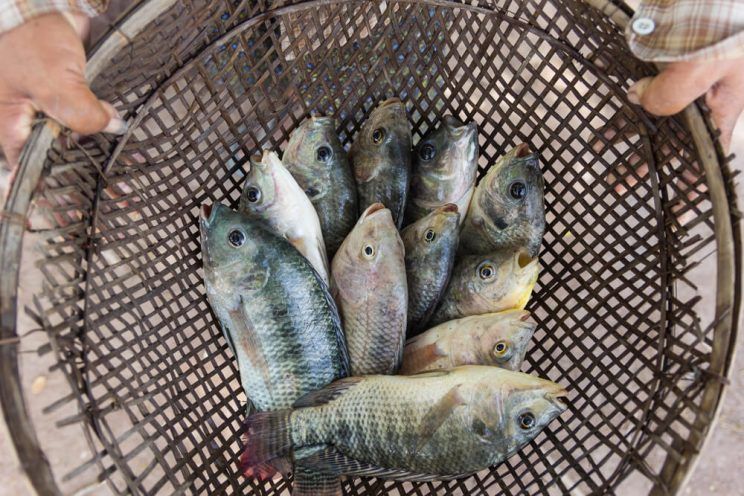 You don’t just have to consider how to buy your tilapia (e.g., live or fresh). You also have to think about where it comes from.

Less than 5% of tilapia eaten in the United States are farmed within its borders (11). Of that tiny percentage, most are sold as whole fish.

So where does the rest come from? And does it matter?

Tilapia farms in the U.S. and Canada typically use closed, recirculating tanks; they help avoid water pollution and the possibility of fish escaping.

In Central and South America, tilapia is usually farmed in lakes, which can result in some pollution (like fecal matter). But the farming occurs at low densities. There’s little transparency about how tilapia are farmed in Asia, so buying can feel like a crapshoot.

How to Get The Highest-Quality Tilapia Possible 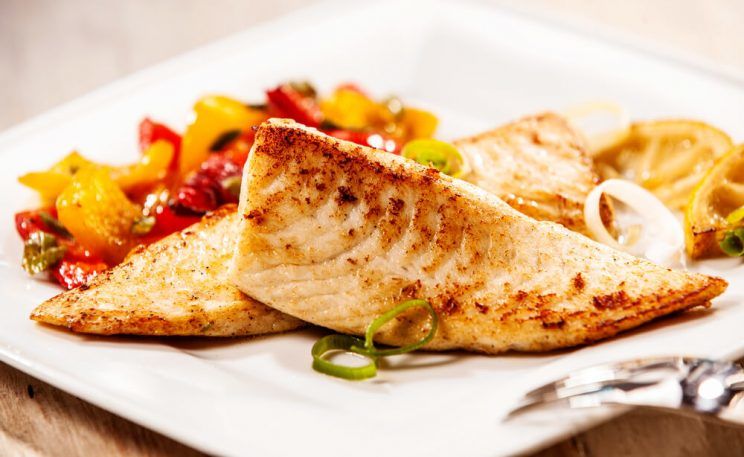 According to the USDA, there is no single definition or standard for “organic” seafood (12).

That leaves it up to you to pay close attention about how you buy tilapia—and where it comes from.

Frozen tilapia fillets usually come from Asia, and they tend to be the cheapest option. But there’s also less regulatory oversight, and we can’t know their diets—or the environment has impacted them.

Buying fresh tilapia from the Americas is a safer bet. It ensures quality tilapia with minimal environmental damage.

Tilapia sold at grocery stores are required to have country-of-origin labels. They indicate whether fish was farm-raised or caught wild, though there are issues with labeling exceptions and a lack of enforcement (13).

Don’t be afraid to ask your fishmonger whether their tilapia are farmed or wild-caught—and where they come from. Many suppliers publish this information on their websites.

As more suppliers get third-party certifications from organizations like Naturland, the Global Aquaculture Alliance, and the Aquaculture Stewardship Council, there have been exciting developments. These groups help set the standards for animal welfare, food safety, and environmental issues.

Some grocery stores (e.g., Whole Foods) have taken it upon themselves to check seafood quality. They developed a “Responsibly Farmed” logo, which is supported by yearly third-party audits of their suppliers.

Should You Eat Tilapia? 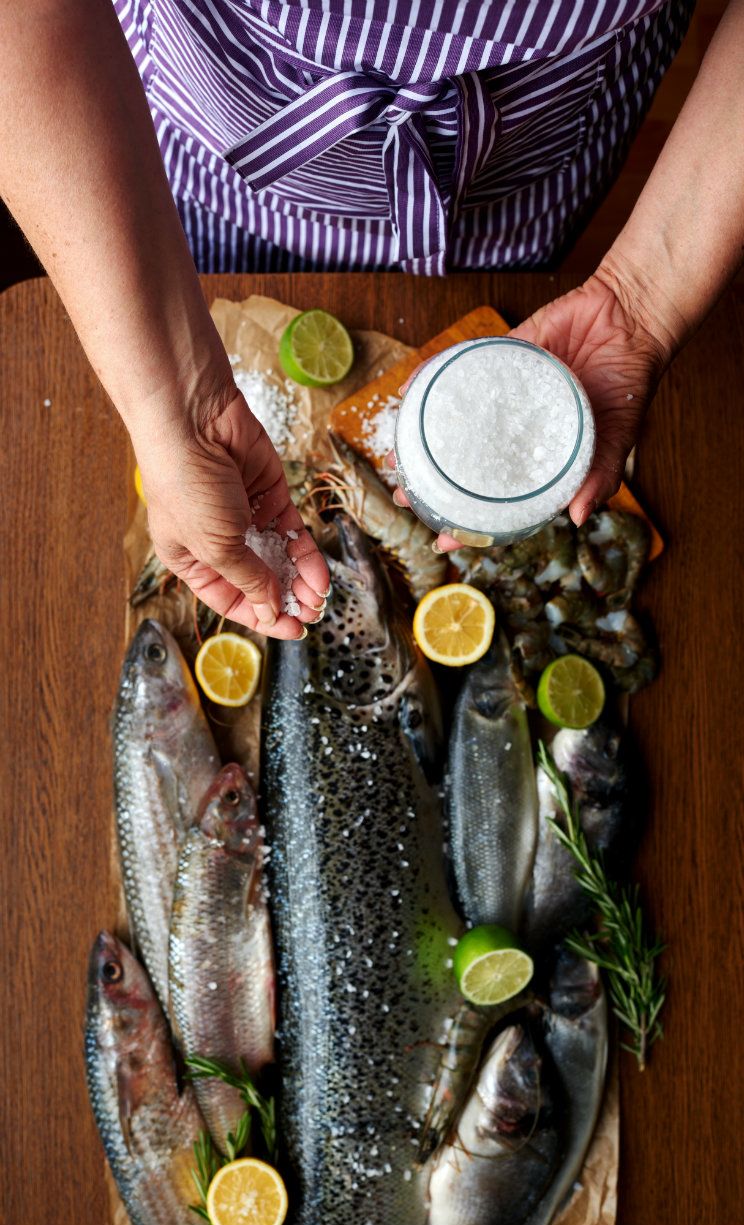 Eating tilapia in moderation is okay. It’s low in calories, and it’s a good source of lean protein and other nutrients.

But there’s no compelling need to eat it either. If you also like fattier seafood (like salmon or cod), you’re better off eating those because you’ll get more brain-boosting, inflammation-fighting omega-3’s. And you can get the nutrients and protein you need elsewhere in a balanced Paleo diet.

If you’re just eating tilapia for health (and because it’s the only seafood you can stomach), consider a high-quality fish or cod-liver oil supplement.

Although the Wake Forest study needs additional research to flesh out its claims (about tilapia’s “potentially dangerous” omega-6:omega-3 ratio), you’re probably best off avoiding tilapia if you’re dealing with allergies or other autoimmune conditions. 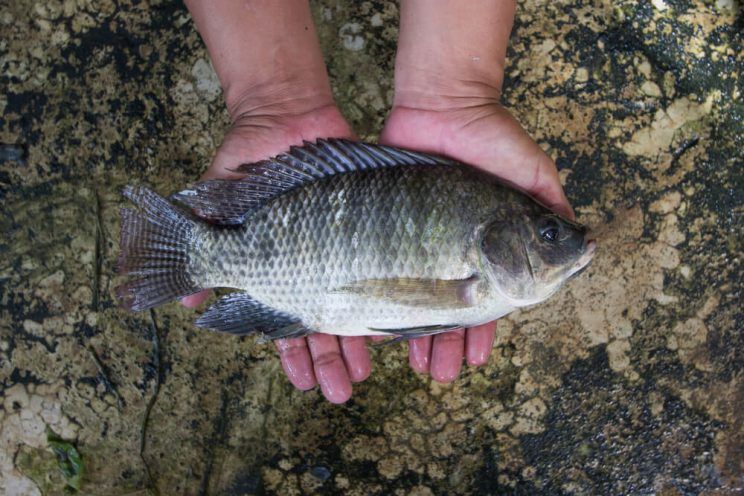 A little tilapia every now and then won’t kill you, but it won’t transform your health either. You’ll find more omega-3’s in fattier fish like salmon and mackerel, especially if you buy them wild-caught.

Quality matters. If you do choose to eat tilapia, pay close attention to where it’s coming from to ensure the most nutritious (and least environmentally destructive) choices possible. 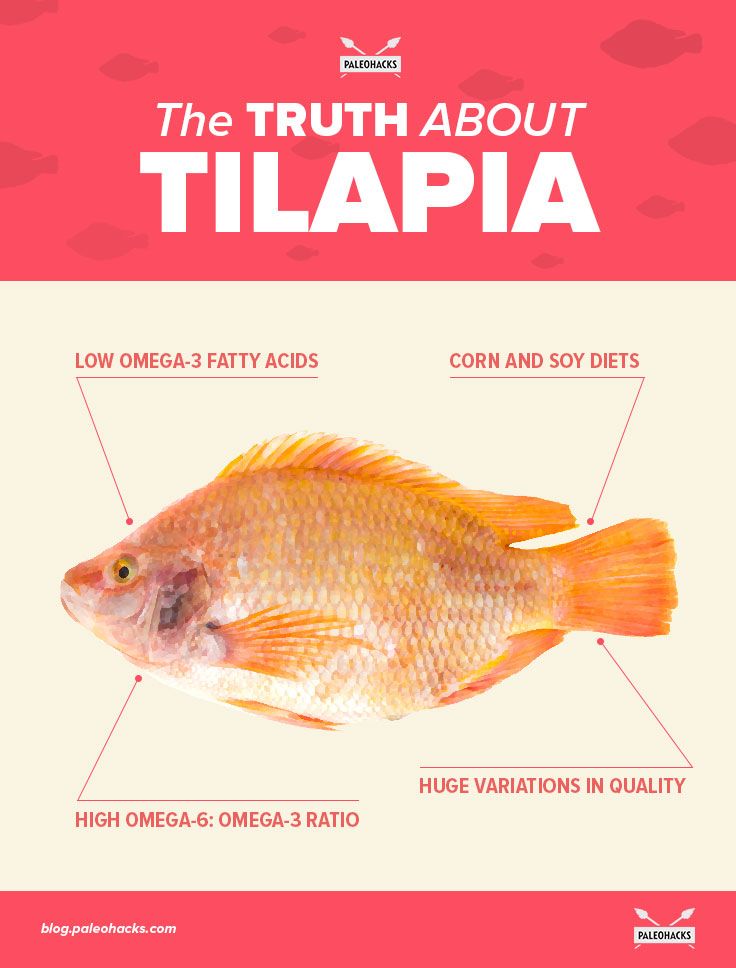 (Read This Next: The 10 Best Anti-Inflammatory Foods)