7 Crucial Things You Need to Know if You Have IBS

About 10% to 15% of the population has Irritable Bowel Syndrome, or IBS. Yet, we know surprisingly little about this condition, including what causes it and how to treat it.

Even worse, many doctors don’t even take IBS seriously. They are quick to dismiss it as something “uncomfortable” but “not life threatening”. Many may even prescribe some laxatives or pills as a quick (but not long-term) solution.

Don’t get discouraged. It’s tough to lead a happy, productive life when you are constantly dealing with IBS! Luckily, there is hope for you and a life without IBS is possible. As a first step, here are the seven most important things you need to know about your IBS.

1. Your Symptoms Are Serious

IBS creates a long list of potential symptoms, including abdominal pain, bloating, diarrhea, constipation, and nausea. The symptoms are like the warning lights on the dashboard of your car, telling you something is out of balance in your gut. Anytime your body experiences symptoms like these, it is a sign that something is wrong and you need to take action. 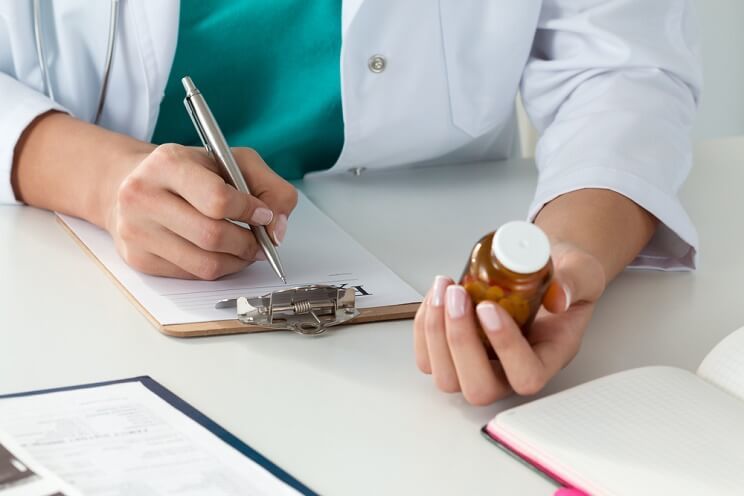 Do you leave the doctor’s office with a new prescription each time, for laxatives, fiber supplements, anti-spasmodics, anti-diarrheals, etc.? It might come as a surprise to you that these pharmaceuticals aren’t doing anything for your IBS. In 2009, there were 113.6 million prescriptions written for proton pump inhibitors (antacids). (1) Treating the symptoms of IBS isn’t the same as treating the cause of IBS. Unless you want to pop pills for the rest of your life, you’ve got to get to the root cause of your IBS.

3. It May Be Stress, but It Doesn’t Mean IBS Is in Your Head

When doctors say that IBS is caused or triggered by stress, they make it seem like IBS is a psychosomatic disease. Yes, stress may start with a reaction in your brain but it is not all in your head! When your body is under stress (whether from mental stressors like a traffic jam or physical stressors like lack of sleep), it causes negative effects throughout your entire body.

One of the negative effects of chronic stress is that it lowers the amount of stomach acid in your gut. You need stomach acid to digest food. Without enough stomach acid, you will have undigested food particles in your gut. Bacteria will start to feed off of these, creating gas as a byproduct (gas, bloating and flatulence, anyone?). The excess bacteria also causes severe inflammation that damages the lining of your gut, leading to leaky gut disease. So stop thinking of stress as something which is just in your head. Stress has real physical effects.

4. Stress Is Also a SYMPTOM of Gut Problems 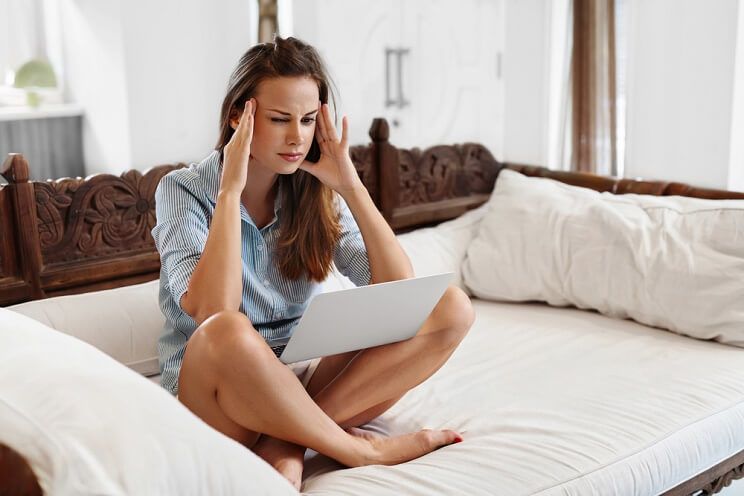 You know that you need to reduce stress to reduce IBS symptoms. But did you know that gut problems can actually cause stress? We already know that stress causes physical changes in our gut (such as by lowering stomach acid levels and changing the bacterial composition of the gut). Think about it: when you feel stressed, you get pains in your gut. When you feel embarrassed, you get butterflies in your stomach.

But research now shows that it is a two-way street. (2) Stress causes gut problems, and gut problems can cause stress. Changes to your gut flora can trigger a stress reaction in your body in what is called the gut-brain axis. So start thinking of stress as both as cause and a symptom of your gut problems.

SIBO stands for Small Intestine Bacterial Overgrowth, a disease in which you have too much and/or the wrong type of bacteria in your small intestine. (3) The excess bacteria causes all sorts of problems, including GI symptoms, malnutrition, and severe damage to the gut. A lot of research has been done on the presence of SIBO in IBS patients and the results can’t be ignored. Upwards of 84% of IBS patients test positive for SIBO with a hydrogen breath test! (4) [tweet_quote] Your IBS might actually be SIBO, a small intestine bacterial disease.[/tweet_quote]

Treating SIBO has been shown to dramatically improve IBS in patients, which leads experts to think that many cases of IBS are really SIBO.

So why hasn’t your doctor told you about SIBO?

Keep in mind that it was only recently that medical researchers discovered how important the gut was to overall health. Crohn’s disease wasn’t described until the 1930s. IBS wasn’t recognized until the 1950s. SIBO is even newer on the scene – only really getting attention in the early 2000s. If you’ve got IBS or other GI problems, then your doctor should have you tested for SIBO. 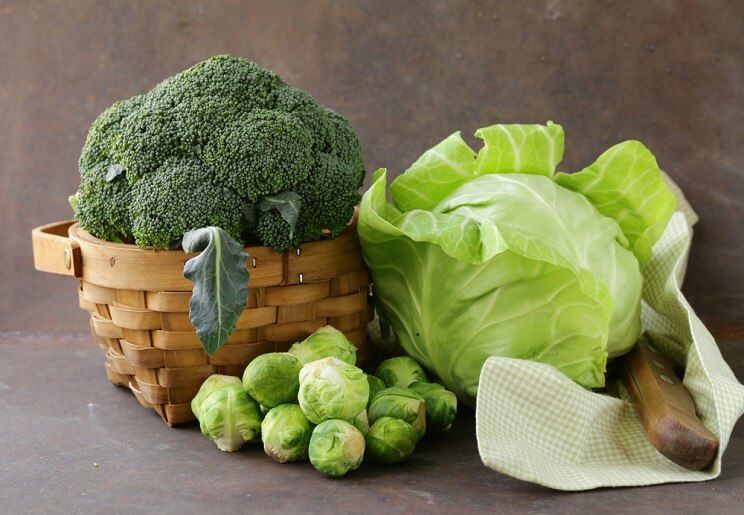 Low FODMAP stands for Fermentable Oligo-saccharides, Di-saccharides, Mono-saccharides and Polyols. These are types of carbohydrates which ferment in the intestines and can cause GI symptoms. The idea behind the Low FODMAP diet is that by removing fermentable carbs, you will reduce gas and reduce IBS symptoms.

So why does the Low FODMAP diet not work for all IBS patients? It probably has to do with the fact that many cases of IBS are really SIBO.

The Low FODMAP diet does not remove polysaccharide and disaccharide sources of carbs, such as many grains (including corn, quinoa and oats, among others), starch, starchy vegetables, and sucrose. These carbs are normally well absorbed, but with SIBO they aren’t absorbed well and bacteria can feed off of them and worsen the problem. If your IBS is really caused by SIBO, then you will also need to remove these sources of carbs too. A better diet to follow for IBS and SIBO would be the SIBO diet, which incorporates not only low fodmap foods but principles from the specific carbohydrate diet, focusing on the most nutrient-dense foods that will aid in the gut healing process. (5)

Why do some people with IBS experience relief with probiotics, while probiotics make IBS worse for others? Again, this could be because so many cases of IBS are really misdiagnosed SIBO. Probiotics are the healthy bacteria your gut needs, and they are recommended for both IBS and SIBO. However, many probiotics contain prebiotics, which are a type of fiber added as food for the probiotics to eat. “Bad” bacteria can also eat this fiber and then grow out of control. If your IBS is really SIBO, then prebiotics can make it worse. With SIBO, you need to look for probiotics which do not contain prebiotics! Four of the best strains for IBS patients are Saccharomyces boulardii, Lactococcus lactis Rosell-1058, Bifidobacterium bifidum MIMBb75, and Bifidobacterium infantis 35624. (6, 7, 8, 9)

The most important thing with IBS or SIBO is to be properly diagnosed. In my ebook, The SIBO Solution, I guide you through each step, from diagnosis to treatment and prevention.

SIBO and IBS don’t have to be life sentences. With the right treatment, you’ll be feeling great in no time.

(Read This Next: Your Thyroid-Gut Connection) 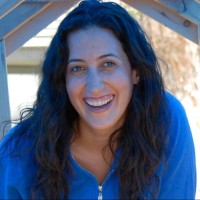 Sylvie is a mother of three living in Southern Oregon. She and her husband each lost over 65 lbs with Paleo and continue to improve their family’s health with food and lifestyle tweaks. Sylvie is the author several ebooks including The Gelatin Secret. and The SIBO Solution.. When she's not sharing recipes and health tips at Hollywood Homestead, you can find her mentoring entrepreneurs at Sylvie McCracken.