Sugar: Is It a Drug?

The sweet taste of sugar tends to evoke nostalgic cravings for our favorite beverages, pastries and manufactured concoctions. But is sugar addiction a real thing?

But how detrimental can sugar’s effects truly be? It has become socially accepted as a “harmless” way to have fun.

However, when sugar binges turn into daily habits, we suddenly have health problems. The current obesity pandemic is only one element of why sugar is killing our health. Let’s look at the many biological effects occurring when we ingest too much sugar:

The Truth Behind Sugar Addiction 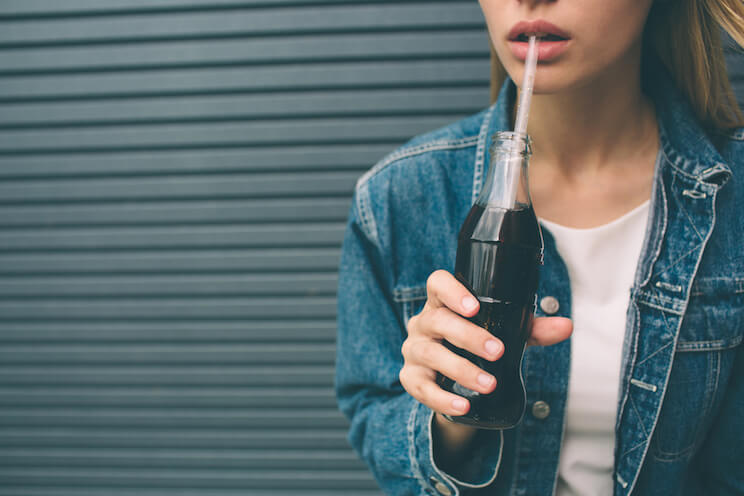 Classifying sugar as a drug becomes controversial because sugar is not acutely toxic. Instead, it’s safe to argue that sugar is chronically toxic. While some people consume large amounts of sugar day after day, they become deeply entrenched in the addiction of sugar. These same people will likely suffer from metabolic syndrome – becoming a bigger problem than obesity.

It’s important to differentiate between metabolic syndrome and obesity for people who don’t appear overweight. People possessing great genetics and active lifestyles can consume larger amounts of sugar. This is why some people claim they’re thin on the outside and fat on the inside (aka T.O.F.I). However, what may be fine for some people can be deadly for most.

Metabolic syndrome won’t be noticeable by just looking at the person externally. And, since some subcutaneous fat is actually somewhat beneficial, it is vital that a DEXA scan be performed. This measures the real killer, visceral fat, and is known as one of the best predictors of potential disease.

This also goes along with a test called HbA1c, which will measure your average blood sugar over the past 3-4 months. It’s important for a variety of reasons, including finding certain risks linked to dementia. (1) 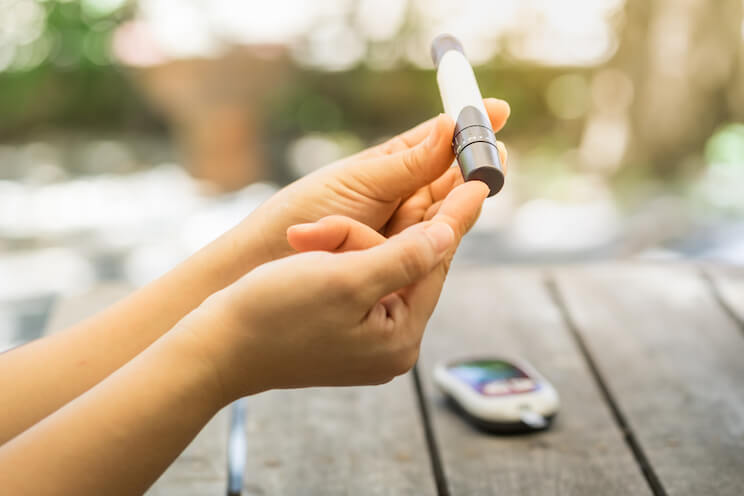 Now that we’ve covered metabolic syndrome, let’s look at sugar’s relationship to another worldwide problem: diabetes. Using data from 175 countries, a study showed that a 150 calorie increase in sugar availability (about 1 can of soda) was associated with increased diabetes risk factors. (2) This is one reason why eliminating soda is better for your health. Other studies have shown that intense sweetness is more rewarding than cocaine. (3)

Research professionals have shown that food addictions are similar to drug addictions. (4) This differs from behavioral addictions, like gambling, since food and sugar addictions affect neurochemical changes.

The more sugar you eat, the more downregulated your dopamine receptors become. (5) Besides this scary adaptation, there are other neuronal changes including:

Basically, the more sugar you eat, the more ways your brain changes for the worse.

Of course, we musn’t forget the withdrawal effects of sugar. (6)  We’re all aware of ensuing “sugar cravings” once you decide to go low carb, but the pronounced hangover-like effect largely comes from fluctuating insulin levels.

There are obvious reasons why sugar is terrible for your health. It contains no essential nutrients and will lead to cavities, when consumed in excess. On top of that, fructose, which is half of high fructose corn syrup and half of table sugar (sucrose), is largely processed entirely by your liver. (7)

This occurs via the GLUT5 transporter. Since the rest of your body doesn’t use fructose for energy (unlike glucose) too much sugar can be bad for your liver. (8) We see this in nonalcoholic fatty liver disease (NAFLD). (8) As stated in the name, it’s possible to achieve a similar version of this condition by drinking too much alcohol.

Can Consuming Alcohol be Preferable Over Sugar Addiction? 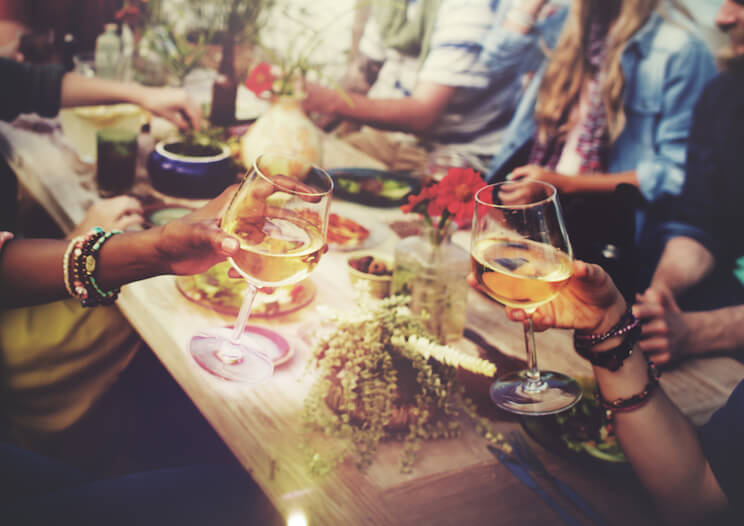 In moderation, yes. Alcohol is largely self-limiting. Meaning, you can only drink so much due to its disinhibiting effects. However, your brain won’t process fructose like it does alcohol. Your body doesn’t self-limit the amount of sugar you can consume. (9)

So is Sugar Really a Drug?

While it may not be as strong as cocaine when it comes to withdrawal symptoms or the acompanying high, it certainly has addictive and detrimental effects. But is this only when consumed in excess?

New guidelines, outlined in London, call for sugar guidelines to be revised to just 14g of added sugar per day. (10) This, in actuality, is what the guidelines should have been all along. It is only because organizations (which are largely controlled and influenced by food companies) have been extremely lax on reigning in our sugar consumption. (11)

Meanwhile, we have seen everyone in the world get fat and sick as a result. Obesity rates are up worldwide, and we consume more sugar than ever before in human history. (12) We continue to consume excess sugar, despite its link to heart disease deaths. It’s almost as if we can’t stop.

How Artificial Sugar Could Be Making You Gain Weight 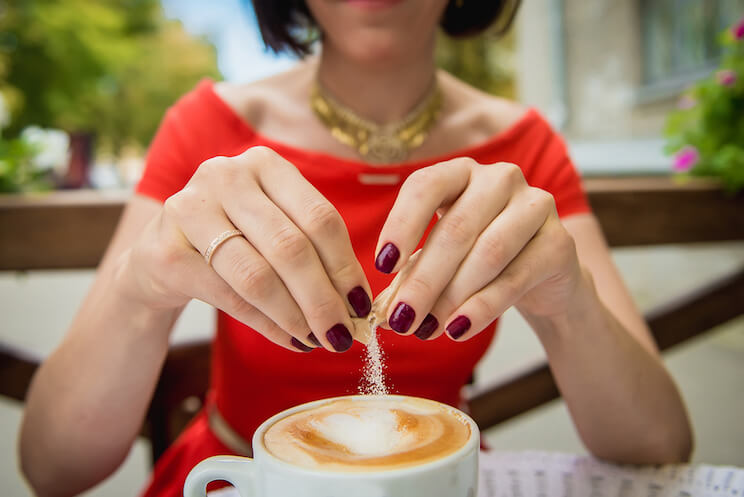 Something more troubling is that “diet” sweeteners have been scientifically shown to lead to weight gain. (13) This means that if you replace sugar with artificial versions, not only do you not lose weight, or even maintain your weight, but in fact you gain weight.

The thinking and reasoning behind this is varied. Though you aren’t consuming sugar, these artificial versions are hundreds of times sweeter than the real thing. This means that your brain is still stimulated – leading to cravings and possibly even a slight insulin response.

However, there are definitely differences in how artificial sweeteners affect your brain when compared with sugar. As researchers state, “… on the functional level, sucrose ingestion, compared to saccharin ingestion, was associated with greater activation of the higher gustatory areas such as the insula, orbitofrontal cortex, and amygdala. (14)”

So, even though your brain is complex, the end result of unavoidable weight gain … is still the same.

What Does This Mean for Most Americans?

It means that people need to start cutting out sweet-tasting foods on a large scale if they hope to maintain a healthy weight.

Foods with minimal sugar generally contain more nutrients, but will also keep you feeling full.  This is one of many reasons why a Paleo approach is so sensible and successful. You are eliminating foods which provoke an unhealthy psychological response and an unhealthy physiologic response.

Since your body adjusts and adapts to what you’re eating, enzymatic changes and neurologic changes are two positive effects of cutting out sugar. The less you eat, the less you crave it.

What do you think? Is sugar a drug? Let us know in the comments!

(You’ll Also Love: 12 Painless Ways to Cut Sugar Out of Your Diet)