Take all the benefits of golden milk and infuse them with your favorite desserts.

A little spicy, a little sweet, and definitely creamy, these golden milk recipes are rich in flavor and come completely dairy-free. With superfood spices like turmeric, cinnamon, and ginger tucked into each one, they offer the perfect balance of sweet and nutritious.

Typically served warm, golden milk is a great way to incorporate anti-inflammatory nutrients into your daily diet. Beyond these healthy benefits, it’s also uber delicious and versatile to cook with.

Within this list, you’ll find that golden milk works just as well in ice cream as it does in cheesecake. There’s also pudding, chocolates, and other baked goods to indulge in without needing to use any refined sugars.

Craving dessert for breakfast? Treat yourself to a morning bowl of golden milk chia pudding with crunchy coconut chips and fresh berries on top. There’s also sweet golden muffins and turmeric-laced donuts to pair alongside your morning coffee.

So, the next time you’re craving a warming and comforting treat, enjoy one of these golden milk desserts and curb your sugar cravings for good. 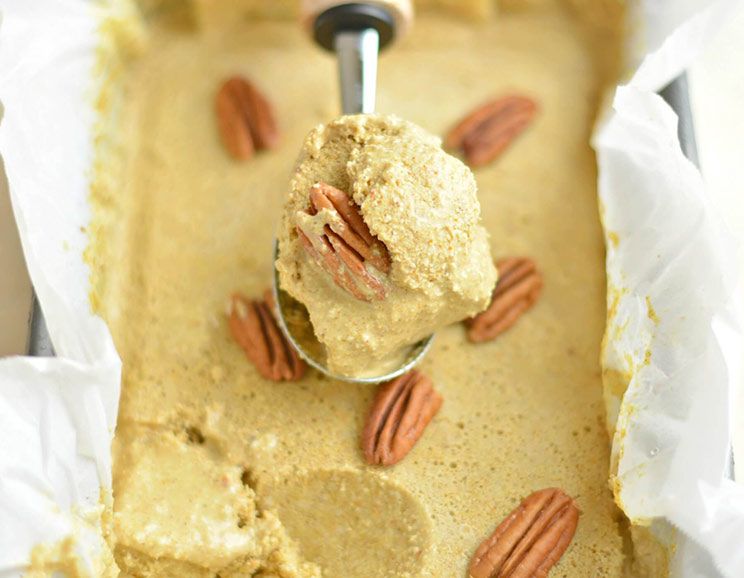 Creamy, spicy, and rich, you won’t believe how good turmeric tastes in this Paleo-friendly ice cream. 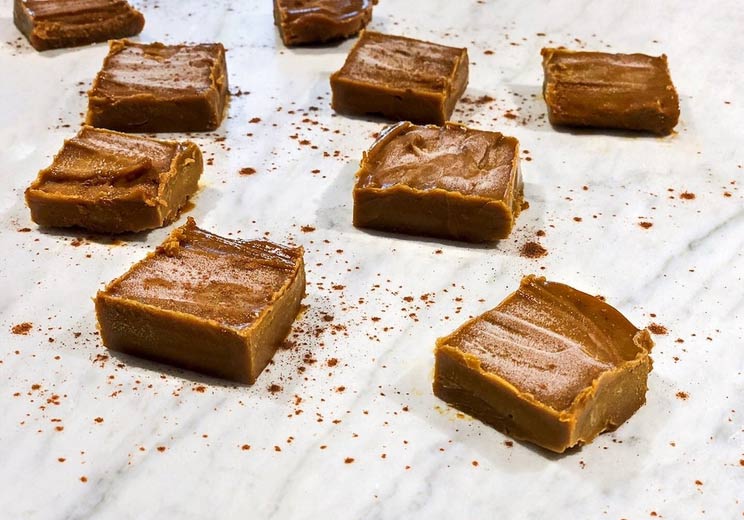 Not only are these dairy-free and grain-free fudge bars loaded with creamy turmeric flavor, but they’re also easy to prep! 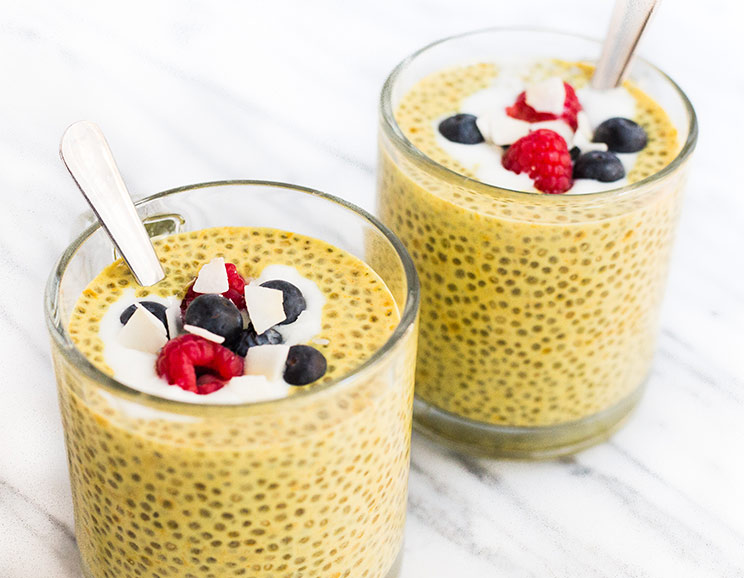 This vibrant golden milk chia seed pudding is a delicious dessert, but it’s nutritious enough to eat for breakfast, too. 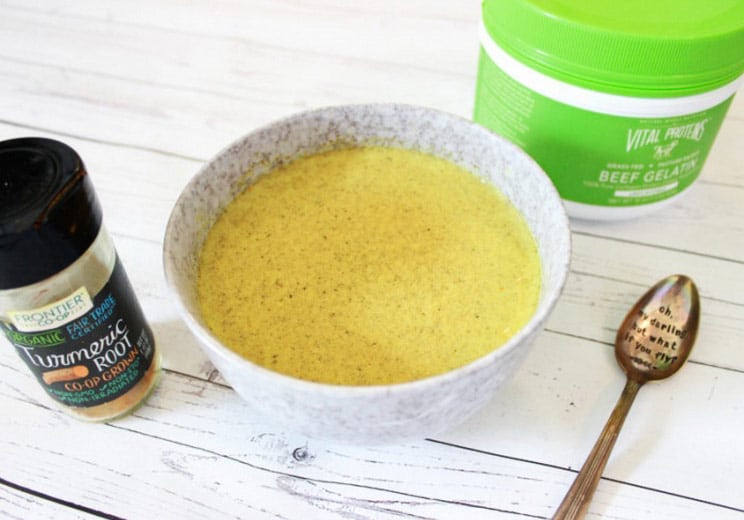 This isn’t the sugary, food-colored Jell-O of your childhood! This golden milk version is made with real beef gelatin, turmeric, vanilla beans, and more. 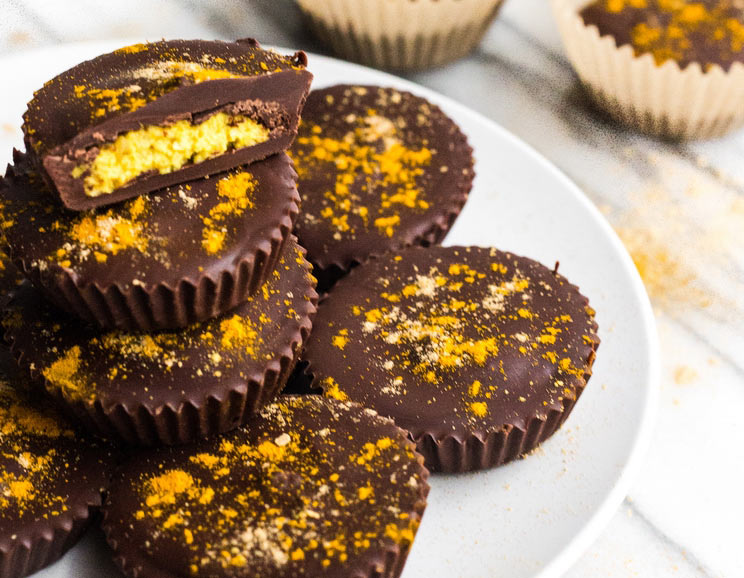 Sink your teeth into these golden milk chocolate cups with nut butter filling. 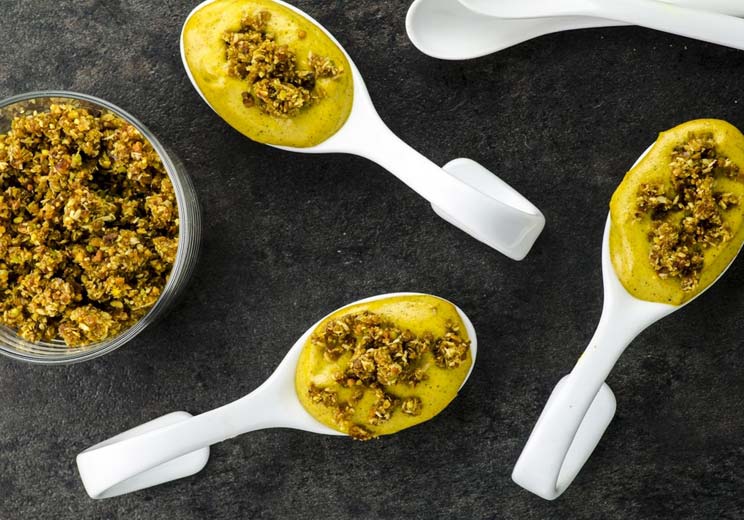 You can serve these pretty cheesecake bites on tiny appetizer spoons or in small parfait glasses. Don’t forget the grain-free crumble!

Recipe: May I Have That Recipe? | Golden Milk Cashew Cheesecake Bites 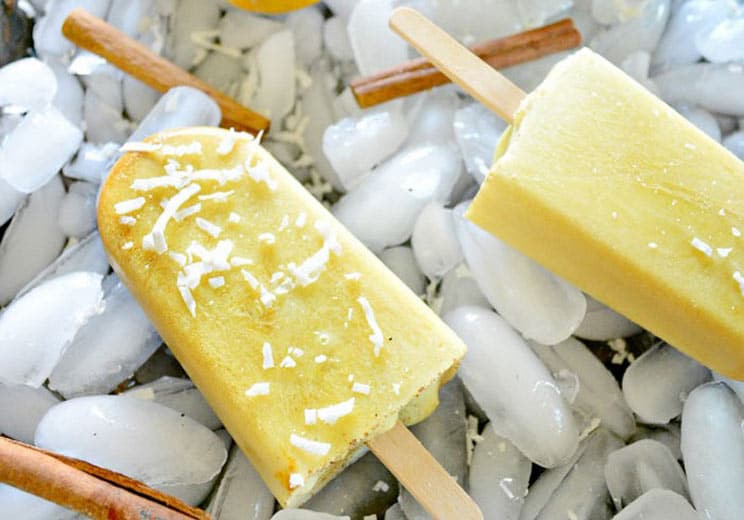 Cool and creamy, these golden milk popsicles hit the spot on a hot day. 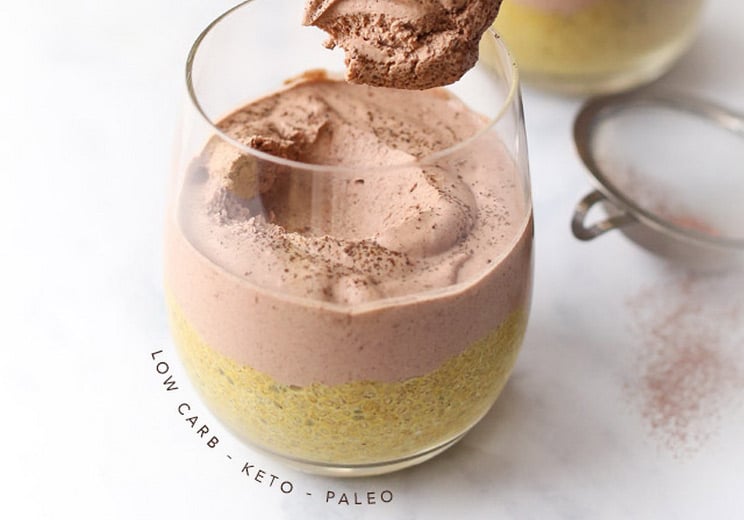 The flavors of turmeric and chocolate marry beautifully in this keto-friendly treat. Just make sure to opt for liquid Stevia to keep things Paleo-friendly. 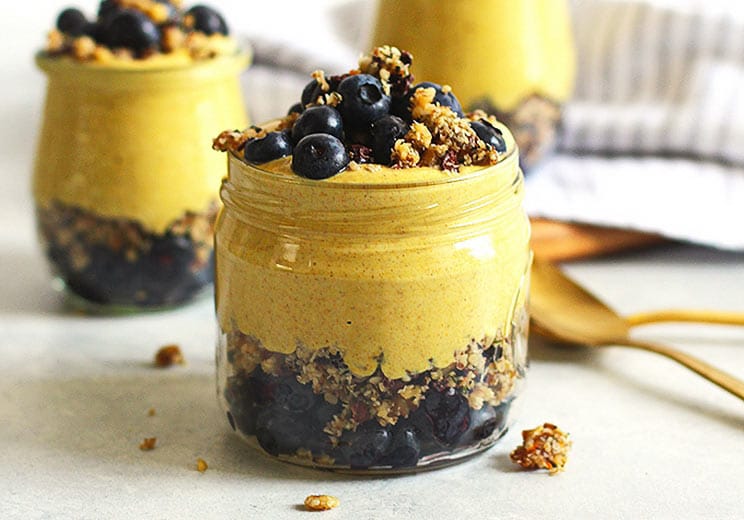 Ending the night with a lightly sweetened, well-spiced golden milk parfait is a great way to work in some probiotics and anti-inflammatory ingredients.

This gorgeous dairy-free golden milk cheesecake harnesses the powder of macadamia nuts for an ultra-creamy texture. 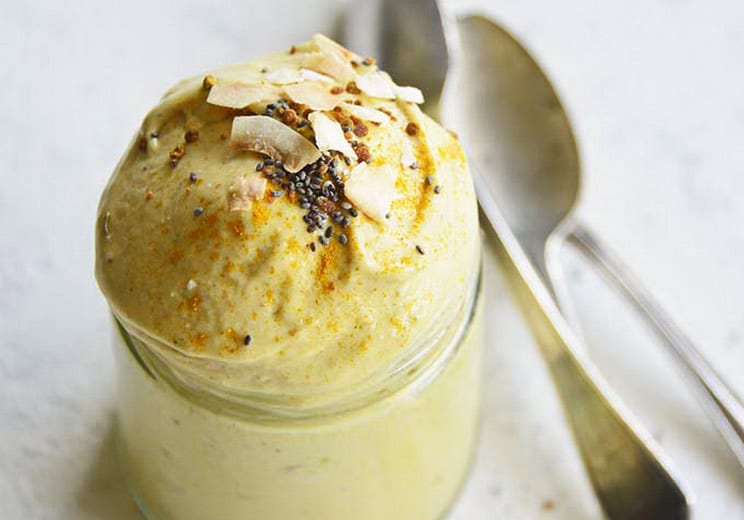 Trying to work more fresh fruit and veggies into your diet? Opt for this turmeric-spiced “nice cream” over ice cream. It uses a base of bananas instead of milk and is completely guilt-free. 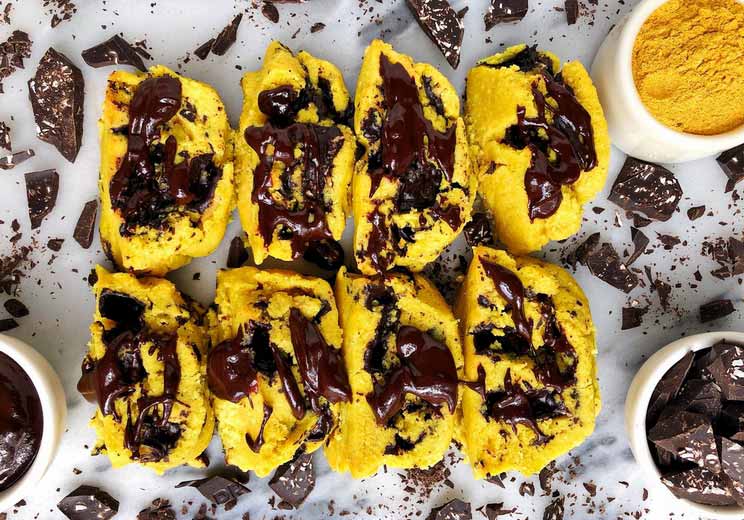 Did you know you can work the flavors of golden milk into cinnamon rolls? Well, you can and should, because these vibrant yellow rolls are delectable. 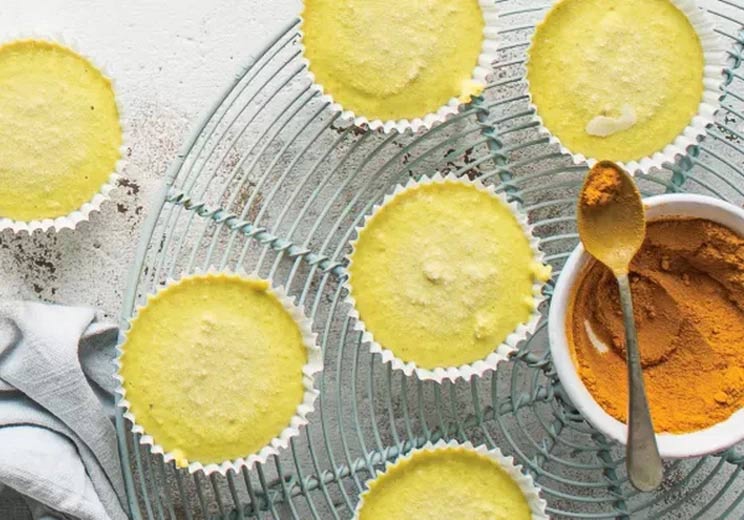 Pop one of these mini cheesecakes in your mouth when you need a creamy, spicy treat with an anti-inflammatory boost. 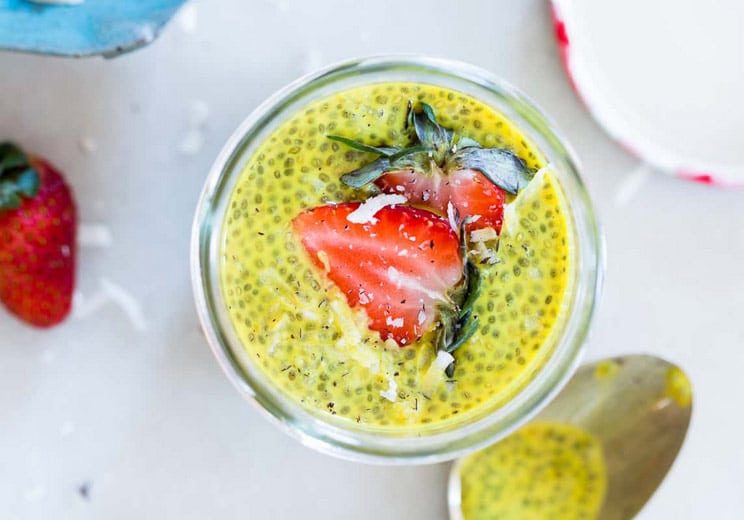 Up the ante on golden milk chia pudding by incorporating the yummy flavors of maple syrup and cinnamon. 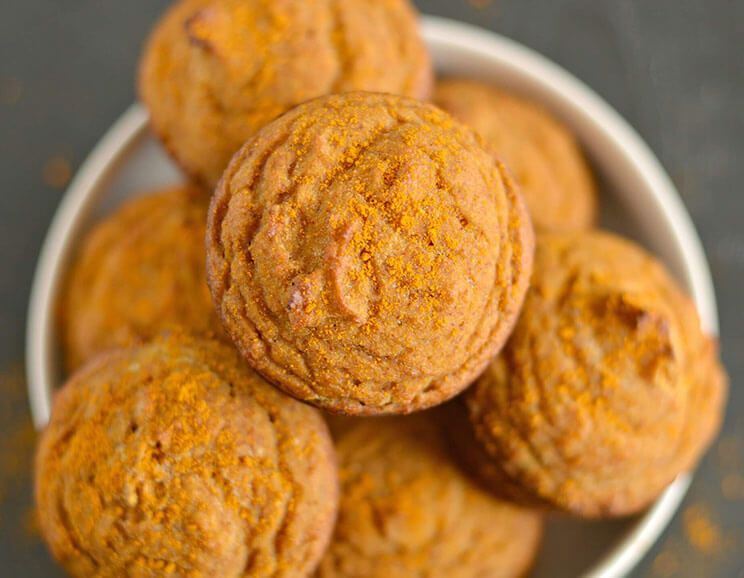 These turmeric and coconut filled muffins are essentially golden milk in muffin form. 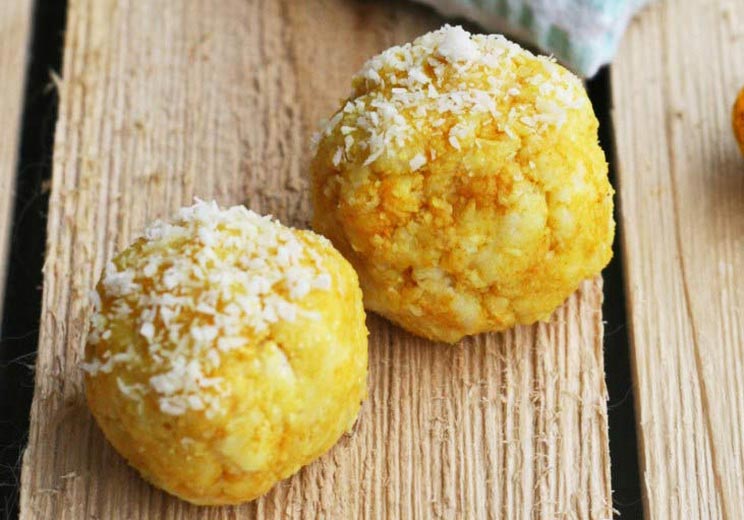 All the flavors of golden milk, in one healthy bite.

Simple, creamy turmeric gummies are the perfect way to get your kids to eat more healthy goodness. 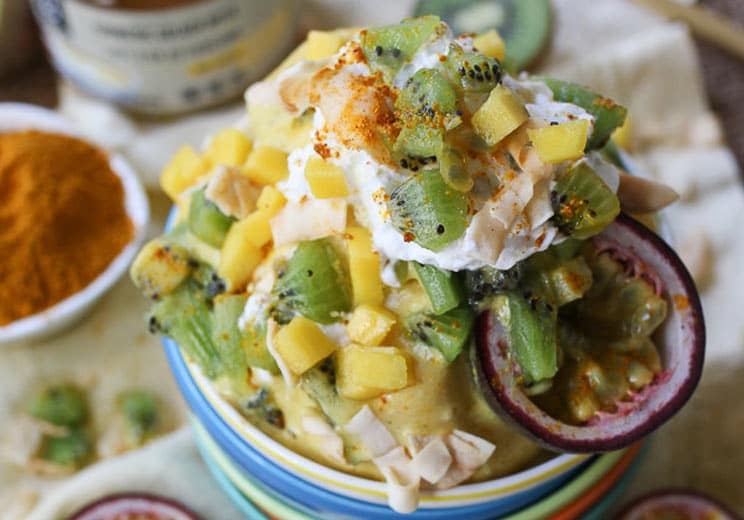 Dare we say it, this completely fruit-based “nice cream” sundae is so anti-inflammatory and wholesome, you could eat it for breakfast and feel good about it. 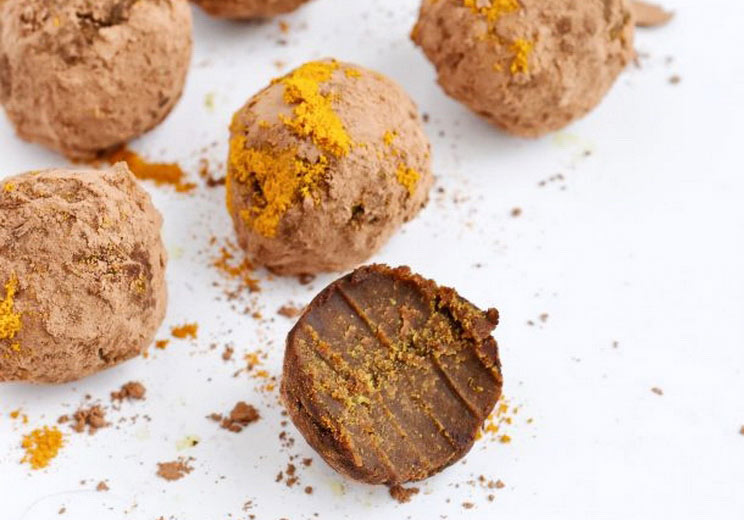 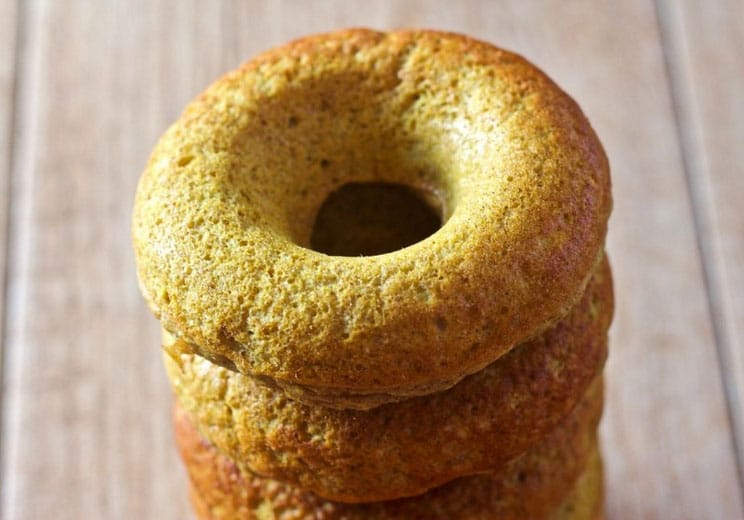 That’s right, you can even enjoy golden milk in donut form! 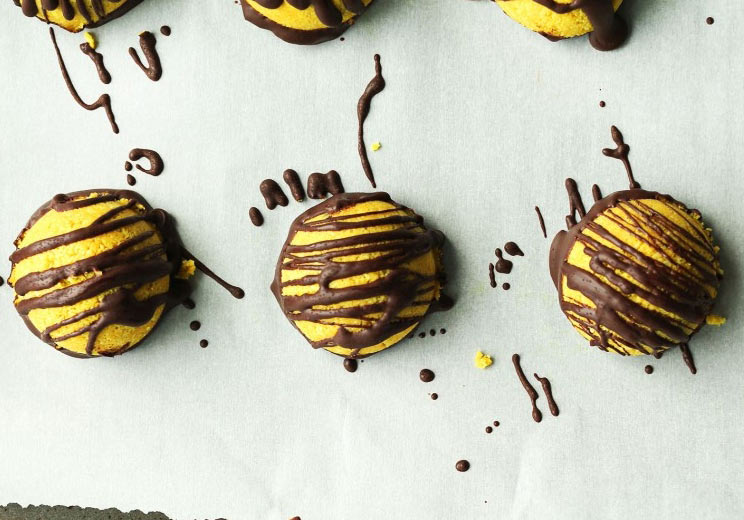 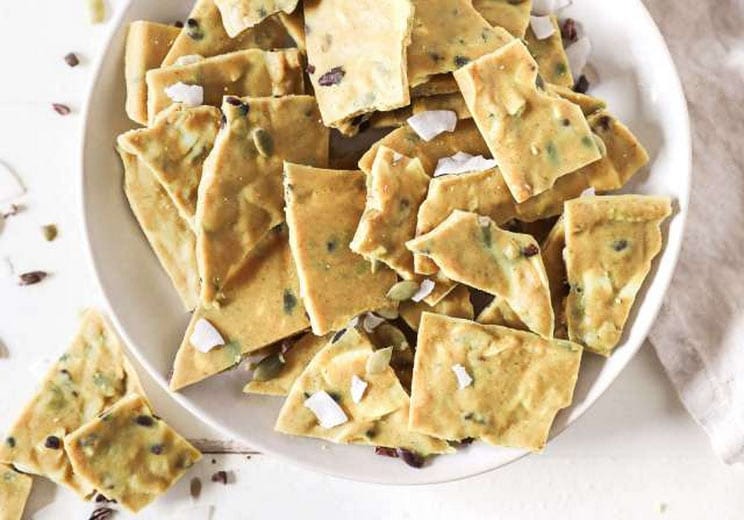 Loaded with a turmeric spice blend, coconut butter, tahini, and crunchy mixins (like cacao nibs and pumpkin seeds), you won’t be able to stop reaching for this coconut bark.

Ghee: What It Is, Natural Benefits and How to Use It
Next Post: Cozy Coconut Turmeric Ginger Soup